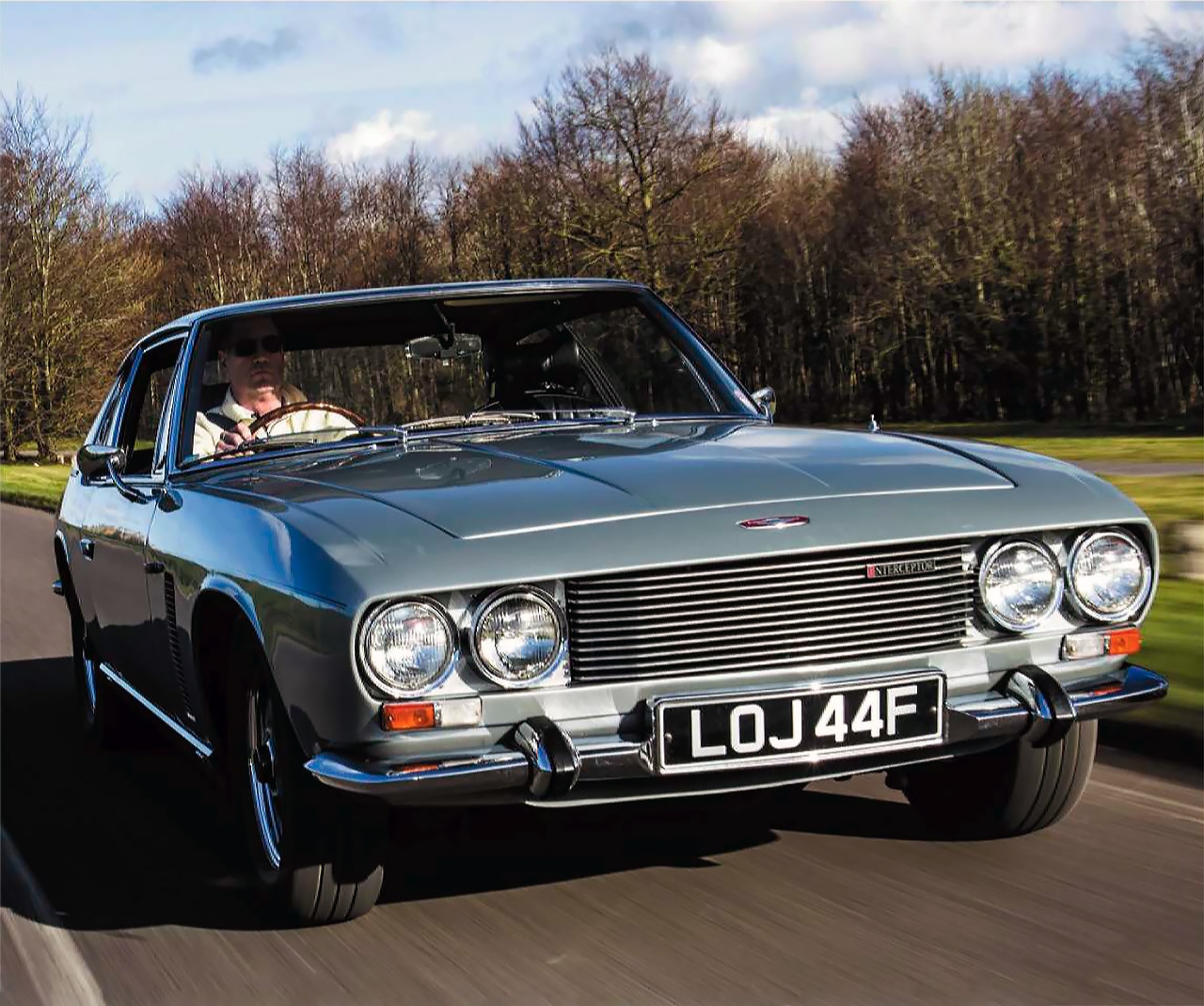 Touring-penned lines dispensed with Jensen convention. Jensen Interceptor test-drive. So far, we’ve hinted that the Interceptor is Anglo-American with its Chrysler engine, but there’s an Italian dimension here too. The preceding 541 and C-V8 models had glassfibre bodies but this Interceptor, launched in 1966 but reprising the name of a pre-541 Jensen, clothed the C-V8-like chassis with a steel body designed by Carrozzeria Touring in Milan. The very first cars also had bodies built in Italy, by Vignale, but thereafter Touring’s design was reproduced by Jensen itself.

The solution is to trigger the kickdown switch, upon which the engine can break free and deliver the expected surge of thrust

And what a great design it is. Its clean, modern crispness is why even the Eighties resurrection of the Interceptor managed not to look dated. That vast, vast rear window is the biggest visual onslaught, framed in stainless steel and acting as a giant tailgate: it’s a true hatchback, the glass held open on hefty spring-loaded supports. 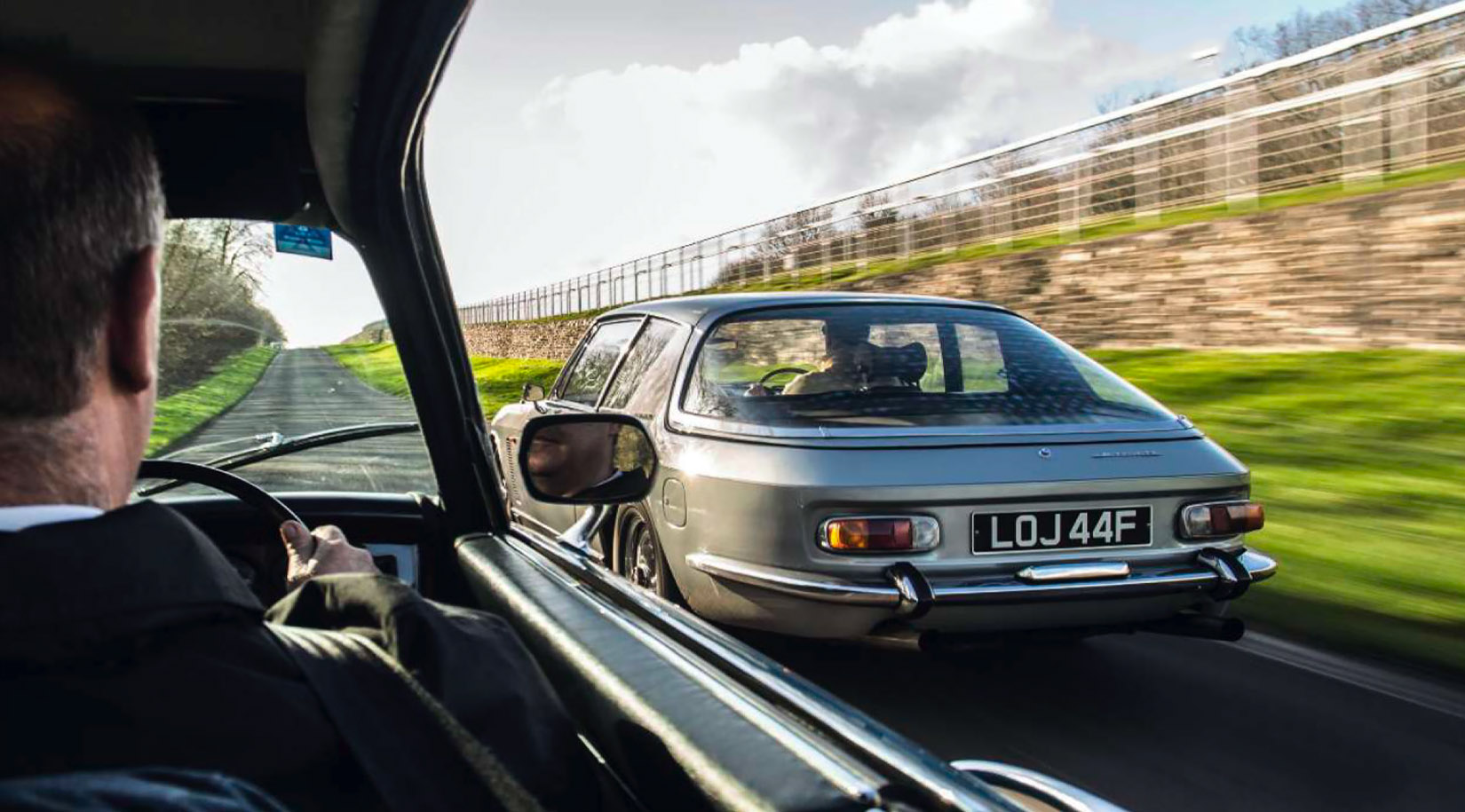 Then there’s the way the Interceptor sits so low, so heavily on those five-spoke Rostyle steel wheels, all power and poise with the short front overhang, the long bonnet and all that tail-glass aft of the rear axle line. You just know this is a mighty, muscular machine. And back in the Sixties, carmakers weren’t constantly looking over their shoulders for retro-tinged comfort. They looked only to the future, which is why the Jensen’s wide, low front grille flanked by quad headlights bore no resemblance to the face of any Jensen past. 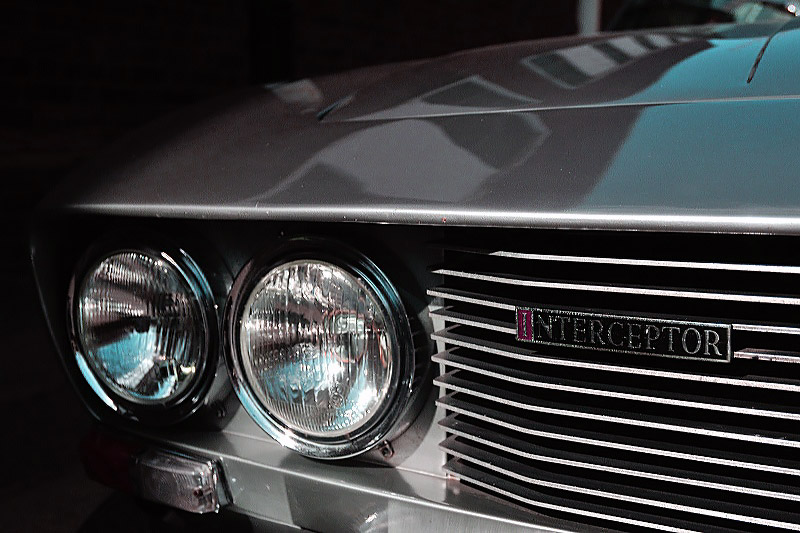 Taken in isolation, this could be any then-new Italian or British grand tourer. But such was its impact on the automotive world that its identity as a Jensen was understood instantly. It helped that the Interceptor had an even more glamorous and exotic sibling, the Jensen FF, with a yet-longer bonnet and paired grilles aft of the front wheels. It had four-wheel drive and anti-lock brakes; futurism indeed.

There was also, later, the Jensen SP whose triple-carb, 7.0-litre engine had the habit of sometimes continuing to accelerate even when the accelerator was held steady, due to the engine load contriving to trigger, unbidden, the four secondary, vacuum-controlled carburettor band if a motorway cruise met a slight uphill gradient. Drivers could accelerate from 110mph to 130mph without a twitch from their foot, according to the road-test in Motor magazine.

Our Interceptor here doesn’t do that, fortunately. Even better is that, being a Series One, it has the best sort of Interceptor dashboard, with a pair of cowled dials ahead of a large, wood-rim steering wheel and a centre console well stacked with Lucas toggle switches. It’s a catalogue of proprietary parts, but all the more Sixties- British-specialist for that. I’ve not driven an original Interceptor before today, only one of the remakes fitted with a Corvette engine and Jaguar rear suspension, yet the interior feels reassuringly familiar to this British boy.

To my left is the selector for the three-speed Chrysler Torqueflite automatic transmission; I hope the torque doesn’t fly away before it gets to the rear wheels, or gets too dissipated in the slushy slippage of an old-school torque converter.

Time to find out. This Interceptor has gained power steering (a period hydraulic type), and with it the ability to be parked without tearing its driver’s shoulder muscles. The steering is finger-light, contrasting with the weight and meat I can sense through the other controls and from the way the 1676kg Jensen moves on its suspension. Also, for all the engine’s 325bhp it doesn’t feel especially keen; it’s the feared slushbox effect, slipping the torque converter to help bridge the chasms between the ratios that the engine’s torque alone can’t quite span.

The solution is to press the accelerator very hard and trigger the kickdown switch, upon which the engine can break free and deliver the expected surge of thrust to the expected sputtery V8 throb. Driven thus, the Interceptor would live up to its name were there something to intercept, with vivid acceleration measured at the time at 8.3 seconds to 60mph. Alternatively, drivers can hold it in the lower gears manually, but that seems to miss the point.

This is not a car for hustling along a twisty road. I’m very aware of the live-axled rear suspension allowing the body a lateral wriggle and heave over undulations, despite a Panhard rod intended to stop exactly that. Better, then, to cruise in a flowing, decorous fashion, devouring counties and continents, on a grand tour in this grand tourer. Try not to think about the fuel thirst.

Nigel McMorrin I’ve had the car since 2005, and I’m only the second owner. It had a whole new bottom half of the body 20 years ago, and I had to have a full engine rebuild – which probably paid V8 specialist Bob Harman’s mortgage for a year.

‘It hadn’t been driven for 12 years and seemed just to have a sticking valve, but it ended up more than that. We took it to Denmark last year and we go to the Le Mans Classic in it. It was used at the Dorchester launch of the latest James Bond book, in which Bond owned an FF in 1969.’