When it comes to cars, what we’re exposed to at a young age tends to really imprint on us and influences our buying choices later in life. When you’re young and impressionable all it takes is that one special car, that one special moment, whether it’s something we read about in a magazine, something a family member drives that we grow attached to and we have fond memories of or something we see on the street that really makes an impact on us. Any one of these experiences could be the one that makes us fall in love with a car and that instantly creates that dream machine that we will then spend many years thinking about and, hopefully, one day make ownership a reality. That’s exactly how it was for William Chan and these days he’s living his motoring dream in a big way.

“I’ve been into BMWs ever since I had my license in high school, the E34 525i that was passed down from my parents, and began modding that car,” Will tells us as we chat, but it wasn’t the E34 that made the biggest impact on him. “My high school dream car was an E46 M3 and I was finally able to buy it in college and have kept it since,” he beams, so it’s clear that the reality of M3 ownership did not disappoint. While he also currently owns an E90 M3, the E46 is a permanent feature of his garage and we’re not surprised because he’s spent five years transforming an already impressive machine into an absolute hardcore beast and it’s one hell of a build.

“I was looking for a low-mileage grey on black M3 with a six-speed gearbox,” Will says as he recalls the hunt for his perfect E46. “I found the car on Craigslist in great condition and the price was good for what mods were included. I had a brief idea to just do basic mods i.e. wheels, front lip and exhaust,” he adds but it’s clear that this build quickly went far beyond the concept of those initial mods. “The car initially came with a Brembo BBK, Bilstein coilovers and 19” TE37L wheels,” he says and that was a good selection to start with but Will was keen to get stuck in with making this M3 his own and had already bought an exhaust and strut brace before he’d even bought the car. His first raft of mods were all aesthetic and he kicked things off with an AC Schnitzer front lip, a Vorsteiner CSL diffuser and a CSL boot lid but when you’ve owned a car as long as Will has evolution is the name of the game, and this E46 M3 has come a very long way since then.

“The most prominent additions are those Recaro Pole Position seats, which look so good, and they are joined by a BR Racing half-cage finished in Grigio Medio and a rear seat delete”

“My group of friends are very much involved in the JDM scene and it’s evident that those designs translated into my build,” explains Will. “I originally did the standard CSL style, which is clean, but not my style. I went with the wilder JDM styling with the Varis brand – everything is made to order and parts would take four to six months to arrive, and I also went for Flossman GTR dry carbon fenders. Since everything was booked separately it felt like forever for the parts to arrive,” he says but it was absolutely worth the wait and the JDM influence is evident in how this car looks. Outright aggression is the theme here and those Varis carbon elements make this one insanely intimidating E46 M3 – up front sits the front lip along with those canards, while the vented bonnet has been left unpainted and that slab of bare carbon looks utterly spectacular.

Those Flossman vented front arches work perfectly with the bonnet while the flanks are enhanced by those AutoTecknic carbon mirrors and the Downforce side skirt extensions. It’s the back, though, where things really get wild and where you’ll find the upper and lower diffuser combo and the absolutely massive carbon wing, which sits pretty much level with the roofline. 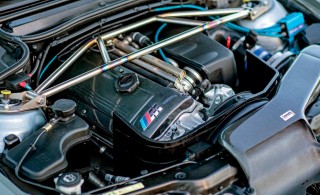 The finishing touches are the custom-painted front and side grilles and then there’s the small matter of the full respray in Ferrari Grigio Medio, which suits the E46 M3 so well and works perfectly with all those carbon elements. This E46 M3 won’t suit all tastes and it’s certainly not for the faint-hearted, but as far as making a statement and getting noticed goes, it’s got that down.

The interior continues on that hardcore theme but it does so without sacrificing the creature comforts that matter. “For the interior, I wanted a simple and functional area,” says Will and he’s created a cabin that delivers on both fronts. The most prominent additions are those Recaro Pole Position seats, which look so good, and they are joined by a BR Racing half-cage finished in Grigio Medio and a rear seat delete. Will has added a Vorsteiner CSL centre console, an RTD short shifter with a BMW Motorsport golf ball gear knob and a Key’s Racing wheel with quick tilt. The creature comforts we mentioned come in the form of some enhanced audio because the stock audio system definitely needs a bit of help to be able to make itself heard over the engine and exhaust note in this car. Up front sits a double-DIN head unit, there are full Focal speakers and in the back, you’ll find a pair of JL subs in a custom enclosure – nothing over-the-top, but just enough, which goes for the whole interior. On a standard car it might all look a bit much but here, with that in-your-face exterior, it suits the car perfectly and that Key’s wheel, with its Japanese roots, brings the JDM theme indoors.

“ I wanted more power, but for the car to still be reliable and streetable. I added a GruppeM carbon fibre intake, Euro M3 headers and exhaust section one, Supersprint section two, a Dixis titanium muffler… and finished it off with an Epic Motorsports race tune”

Speaking of JDM, those wheels are as Japanese performance-bred as they come and when it comes to lightweight motorsport wheels you cannot go wrong with Volks, regardless of what you drive. “The TE37s are my favourite wheels since Gran Turismo on the PlayStation so I had to have them on all my cars,” grins Will. 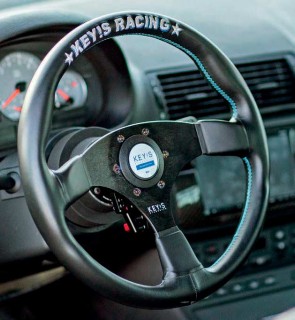 “I currently own three sets of TE37s in bronze and red for the BMWs, and blue for my Porsche.” It’s easy to see the appeal of the TE37 and the move from the 19” TE37Ls that were on the car originally to these 18s was the right one as these arguably look even better, especially in that lush bronze colour, and the smaller size suits the car’s overall aesthetic that much better.

You will notice, looking through those spokes, that while this M3 does wear a BBK it no longer sports the Brembo kit Will purchased it with; “I swapped out the Brembo BBK for a Euro Mevius by Project Mu BBK,” explains Will and that combo of six-pot front and four-pot rear calipers delivers serious stopping power. Another area of the car that has evolved during its time with Will is the suspension – as he mentioned the car came equipped with Bilstein coilovers before he made the move to a set of KW CS coilovers and now its sits on a Motion Control Suspension 2-Way Non-Remote coilover kit, which offers virtually limitless adjustment options, as well as serving up a serious drop that has the arches sitting perfectly over the supersticky Toyo R888R rubber. The coilovers are joined by Ground Control Race antiroll bars front and rear with adjustable end links and a Dixis front titanium strut brace (the one he’d bought before he even owned the car), which all combines to seriously enhance the handling and make this M3 an incredible driving experience.

At this point, we wouldn’t blame you if you thought we were done because with no mention of forced induction and an NA engine that’s not known for being too keen to offer up much additional horsepower, you wouldn’t expect much to be happening under the bonnet, but that’s where you’re wrong because Will has actually put in some serious work to squeeze a bit more go from his S54. “I wanted more power, but for the car to still be reliable and streetable. I added a GruppeM carbon fibre intake, Euro M3 headers and exhaust section one, Supersprint section two, a Dixis titanium muffler – which is my favourite mod on the car – and finished it off with an Epic Motorsports race tune,” he says and that’s an impressive setup.

The Euro exhaust manifolds mean no restrictive cats which instantly adds some power and all the other exhaust and intake mods combine to help this S54 breathe that much better, make more power and sound even more glorious all at the same time. That’s a big win all-round. 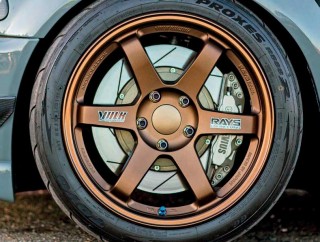 Will’s M3 is not for everyone but that doesn’t matter because it’s for Will, and that does matter. This is his childhood dream car that he’s owned for a long time, that he’s spent years modding and that he’s done exactly how he wanted, and the end result is nothing short of spectacular. The looks are sensational, the strong JDM flavour that flows throughout the whole build is delicious and it all makes for one seriously individual machine, and that’s ultimately what the scene is all about. As Will’s tastes have evolved so has the car and it’s going to keep evolving during its time with him – he’s planning a Varis race bumper with extension lip, to redo the interior and to update the in-car entertainment next. With no plans to sell it (because why would you ever sell your dream car?), this bond of man and machine will continue long into the distant future and you know it’s only going to get even more awesome as time goes by. 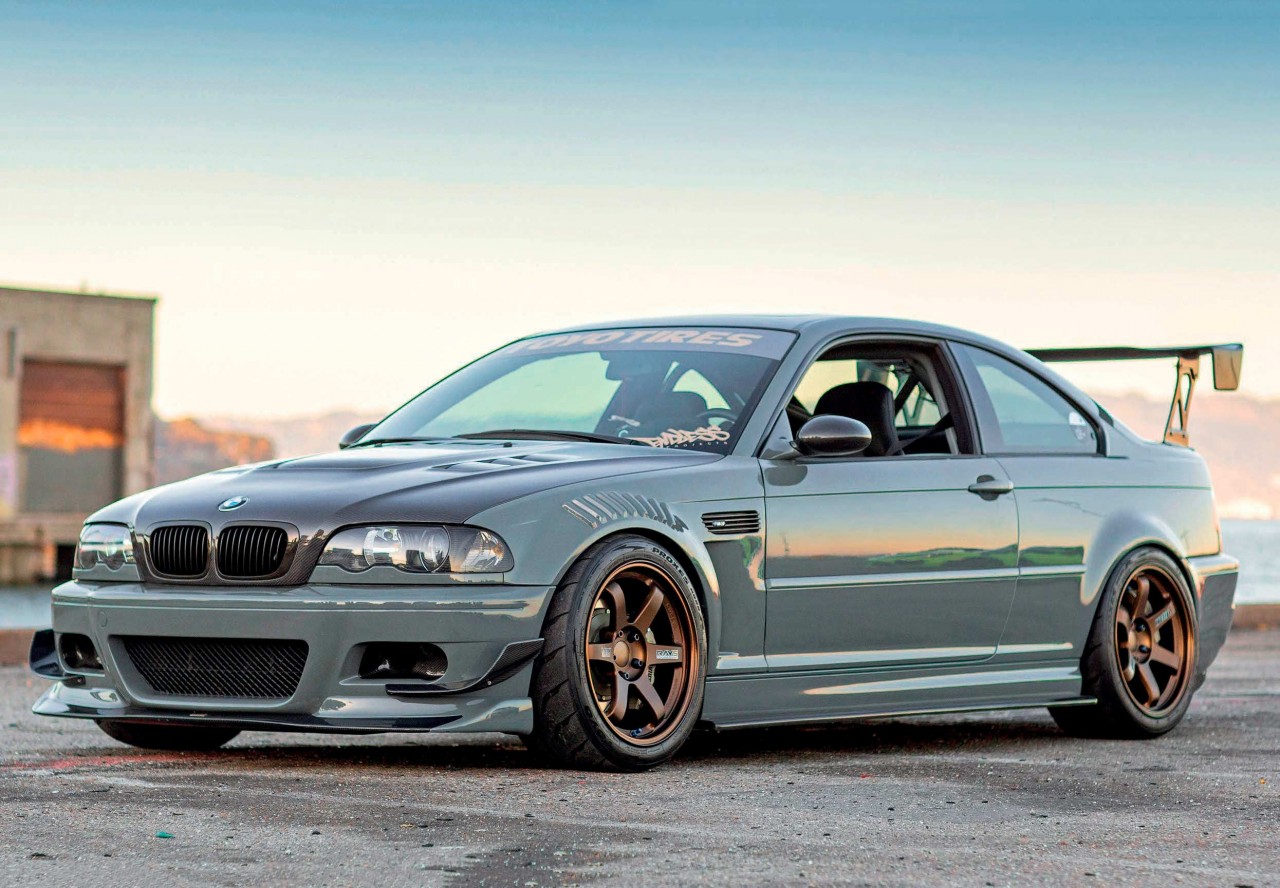 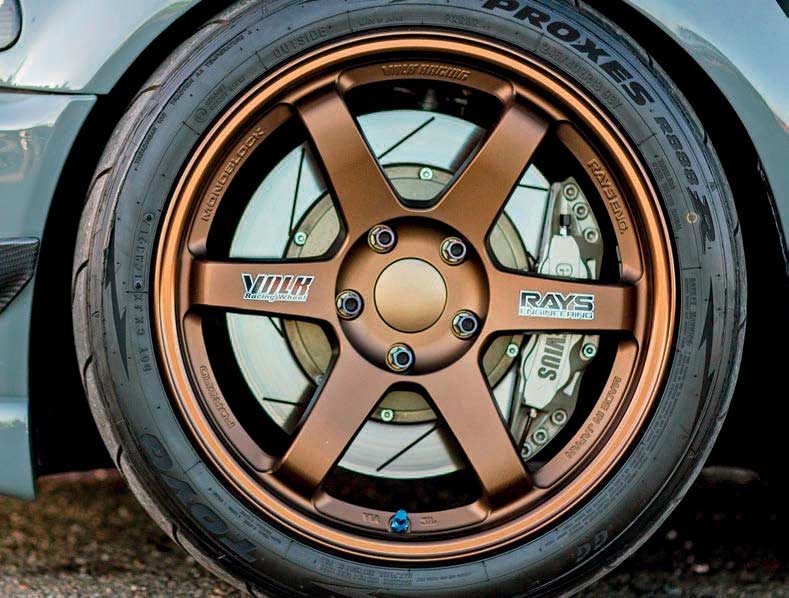 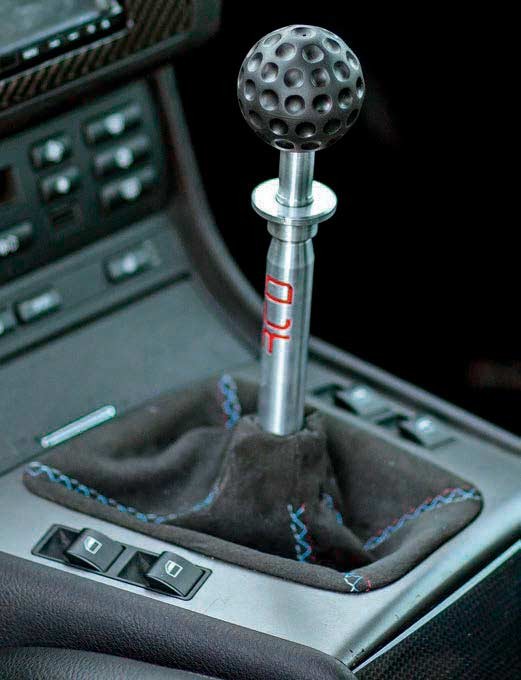 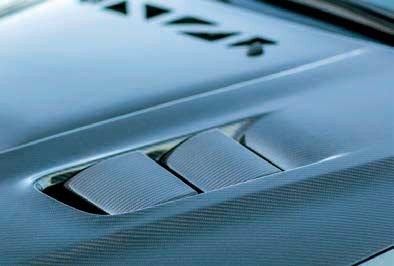 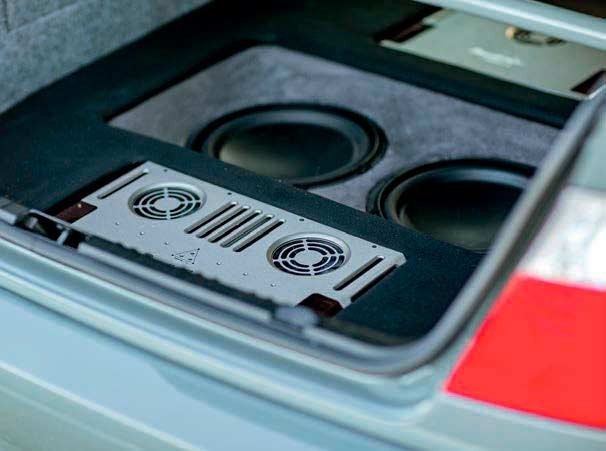 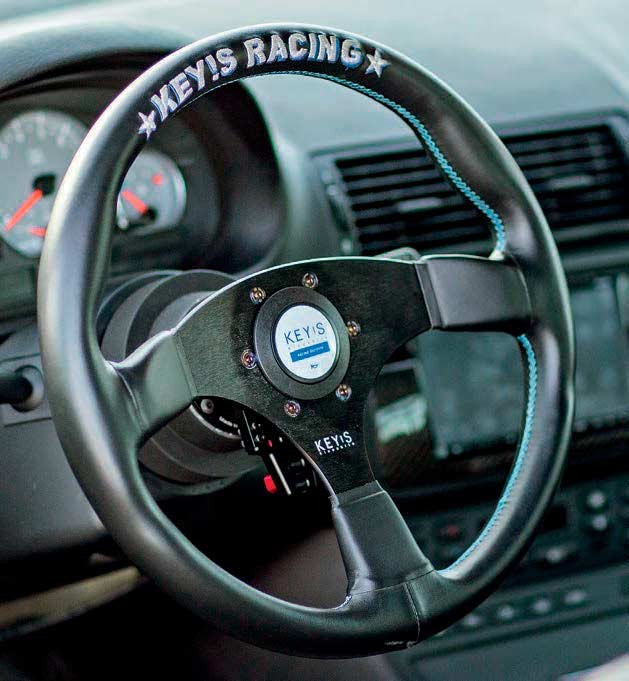 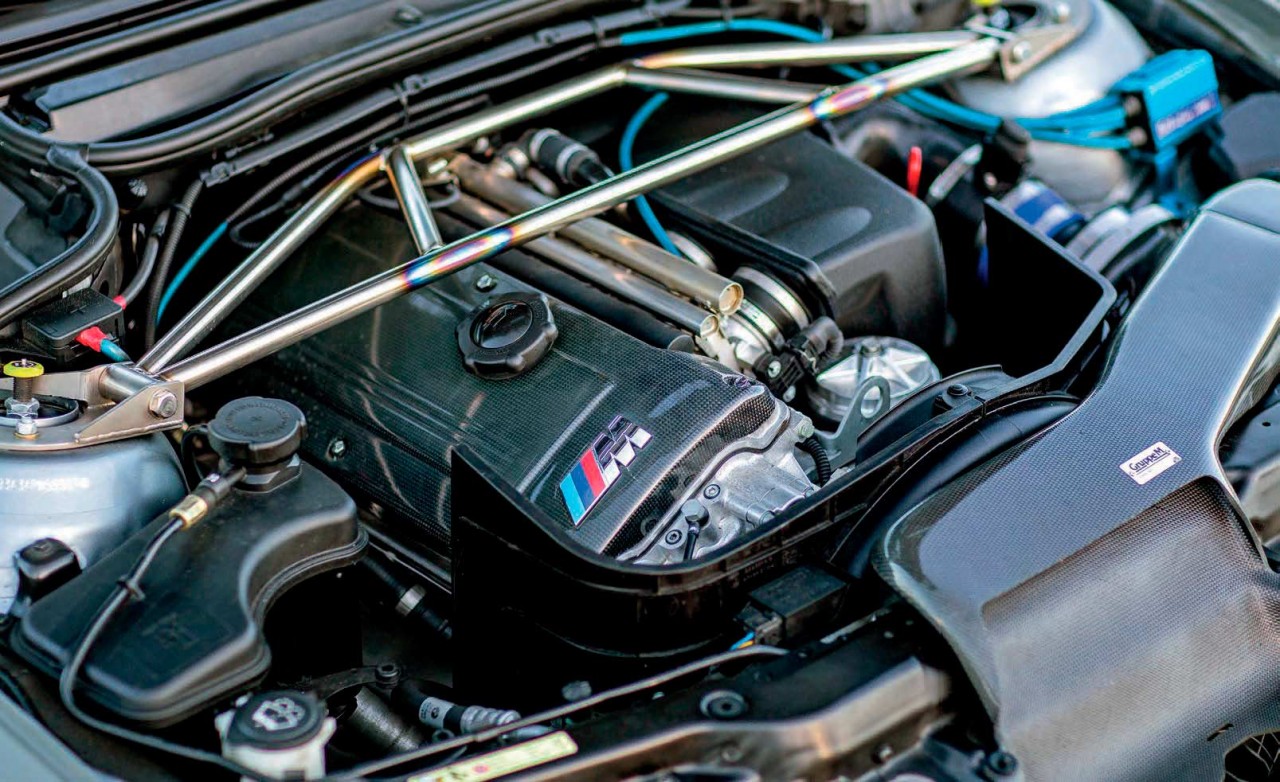 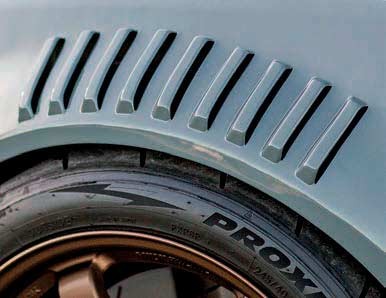 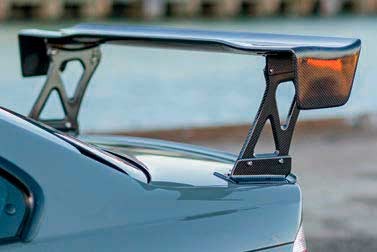 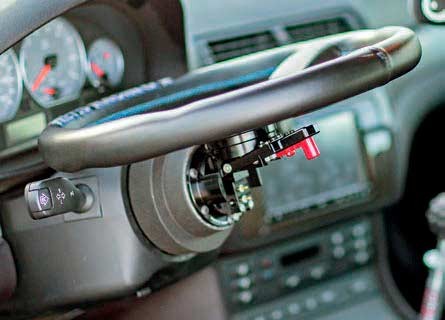 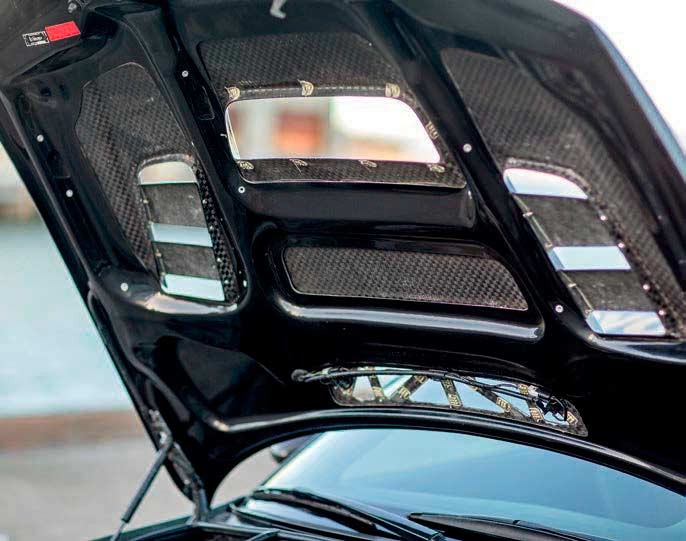 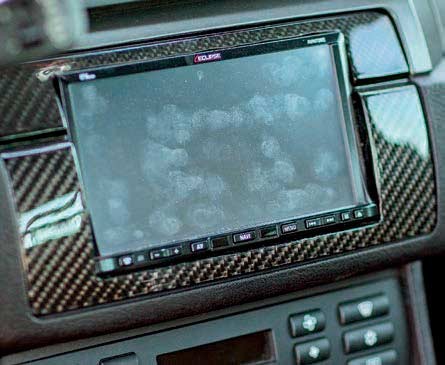