There’s something special, and also pleasingly peculiar, about seeing a type of car we’re so familiar with in Europe sitting beneath the glaring neon vibrancy of downtown Tokyo. The fact that the car in question is wearing pukka JDM plates completes the look, and the authenticity is assured when you see the kanji characters all over the satnav screen. Yes, this is a bona fi de Japanese TT build. 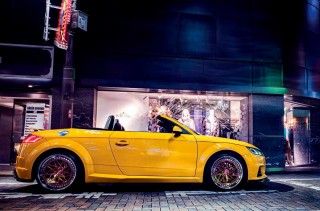 Now, when we were planning out this special globetrotting issue of PA, there were certain territories we knew we’d have to cover. The UK of course, that’s our home and the Audi scene is absolutely massive here. Obviously Germany, the spiritual centrepoint of the marque. So many other European countries to consider too, each with their own unique approach to modding; France, Belgium, Spain, every one of the Nordics. There’s a massive Audi following in the USA and Canada that we couldn’t overlook. But Japan? We have to admit that this wasn’t one of the first countries that sprang to mind. If you’re a reader of our sister mags Banzai and Fast Car, you’ll be well-versed in the Japanese enthusiasm for tuning domestic marques; it’s all about Honda, Nissan, Toyota and Mazda, with the odd Subaru and Mitsubishi for variety. But Audi?

Well, dear reader, allow us to reassure you that an enthusiasm for the four-rings of Ingolstadt is just as strong in the Land of the Rising Sun as it is in any other country you care to name. Indeed, the Japanese tuning scene has been embracing European manufacturers for some considerable time, and the scene today is huge. Our native photographer, the very talented Ayesh Seneviratne, is keen to highlight to extent of this: “Currently in Japan, especially in Tokyo, you see just as many European cars than Japanese – if not more,” he says. “Especially sports cars! And of course there are different degrees of modifications; some owners would lower the car, add a nice set of rims, a stripe, perhaps a carbon lip. Others would go full-on and cut into the body to add overfenders, a massive GT3 wing and boost the power by a ridiculous amount. Japanese people just love modifying their cars, and I have seen all types of modified cars here including a lot of Audis.” 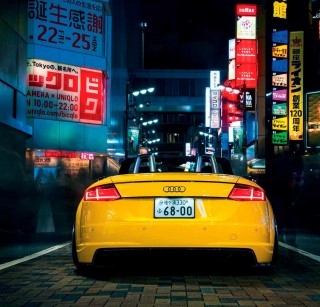 The sportier Audis are particularly sought-after in Japan, with the TT probably being the most popular of the lot, closely followed by the R8; both have vibrant owners’ clubs over there. And it’s the show scene that led Ayesh to this TT in the first place, having spotted it at the iconic and revered Tokyo Auto Salon. The combination of vivid Vegas Yellow paint and eye-watering lows was drawing in admirers like bees to the proverbial honeypot, and the queen bee here (or rather, king) is Kento Kondo, the affable chap with the keys in his pocket.

Kondo-san has form, as this is his third modern-era build. His first project was a Toyota GT86, something which set him on the righteous modifying path by virtue of its snowball effect – he started out by changing the wheels, then some exterior and interior mods, an audio build, you know how these things can escalate. Having found his feet, he then moved onto a B8 Audi S5 coupe. “For this car, I had in mind some modifications that would keep the car rather elegant,” he explains. “I fitted some Rohana wheels to the car, which at that time was not yet a major brand in Japan. I wanted to modify the S5 in a way that when people looked at it, they wouldn’t think it belonged to a 21-year-old.”

With that admirable mission successfully accomplished, and a growing taste for Audi performance, Kondo-san then decided to level-up to the boxfresh 8S-generation TT Roadster. “I was chatting with the president of the tuning shop which was taking care of my S5, Panorama Craft in Kisarazu, Chiba, and we were saying ‘Wouldn’t it be fun to make a TT like that?’,” he recalls. “And from a casual conversation, we actually decided to make it happen. I searched for about two months at dealers’ auctions, and finally the exact car I was looking for turned up: a TT Roadster in Vegas Yellow, with the S-Line pack, Matrix LED lights, B&O sound system, and the Assistance Package… a highly-specced and completely stock Audi. I bought it immediately!”

Having worked closely with Panorama Craft on his previous project, Kondo-san had built up a strong relationship based on trust and, in the knowledge that they were experts in the field who did high quality work, he commissioned the tuning shop to project manage the TT build. “It’s a shop in which I have a deep trust, so they took care of purchasing all the parts and customising the car,” he says.

there is reason and meaning behind each option 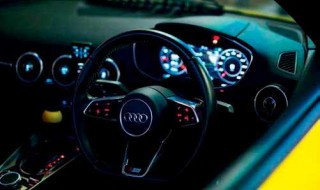 Now, the most significant alteration to the TT is making itself evident by virtue of the fact that those sills are kissing the tarmac; such hard-parking is achieved with air, and there was a keenness here to keep it Euro despite the number of homegrown air-ride options available. “It would have been OK with a Japanese manufacturer, but I was very keen on the idea of completeness with this project, and the ‘feeling’ of the car, so I went with Air Lift suspension,” reasons Kondo-san. “I wanted something very low to the ground, which is why I chose a low front lip and a style of wheel where the fender almost digs into the rim. There is reason and meaning behind each option.”

The wheels are a belligerently offbeat choice, much like the Rohana rims on his old S5; this time he’s opted for the Neutrale CS9D Classic, something which we really don’t see much of over in Blighty, in a ‘square’ setup (because quattro). The fitment when the car airs out is absolutely on-point, and no doubt entailed endless sessions with the tape measure. And when it comes to the rest of the exterior feels, it’s impressive to note that while the whole thing screams ‘show car’, the approach has really been one of less-is-more. Naturally it helps that the yellow paint is already extremely shouty, and at the snout end we find the aforementioned front lip (a carbon fibre item) joined by a USDM TTS grille, finished in gloss black by Japanese aftermarket specialists Balance It Tuning. The carbon diff user at the rear shrouds a boisterous quad exhaust system hand-crafted by the artisans at Ultravision, and this all works with the OEM S-Line trim to create something extremely eye-catching.

“I like to go on drives with the roof down,” Kondo-san beams. “The car itself gets quite a lot of attention, and its Vegas Yellow colour really helps that, whether I’m driving it or when it’s displayed at events. I really think this car is the best partner for all these occasions.” It undoubtedly is, and it’s pleasing to note that a car which is so familiar to a European eye can also be such a quintessentially Japanese build. The world’s getting smaller, there’s no doubt about it, and in this diminutive global village the Audi TT is truly walking tall.

Thanks: “I am grateful to Performance Audi magazine for making this feature of my car here in Japan. It would make me happy for this TT to be known and appreciated by many people.”

Hardest part of the build: Finding the right balance to not make it an overly extravagant/show-off car

Lessons learned from this project? The importance of having a total balance for this car, the sense of completion when everything makes sense together

What’s next – any future plans? For my next car, I would like to build another car that will attract people’s attention

Neutrale Wheels will perhaps be a name that’s unfamiliar to many of you. This is in fact a Japanese wheel brand, founded in 2016, whose core ethos is to provide an American aesthetic with trademark Japanese build quality – think of them as a sort of cross between Rotiform and WORK. Proprietary designs such as the CS5 and VS5 offer classic split-five-spoke simplicity, while the LM5 is a motorsport-inspired construction, and the TM13 and MS10 are pure show-car. There are numerous other designs in the catalogue too; in the case of this TT, Kondo-san has opted for the CS9D, which suits the laid-out vibe of the TT to a tee.

If you’re interested in buying Neutrale wheels in the UK or Europe then you’ll be looking at a private import direct from HQ; however, readers in North America will be pleased to learn that they’re available from HB Motorwerks or Nobel Auto in Virginia, and AZ Euros in Arizona. 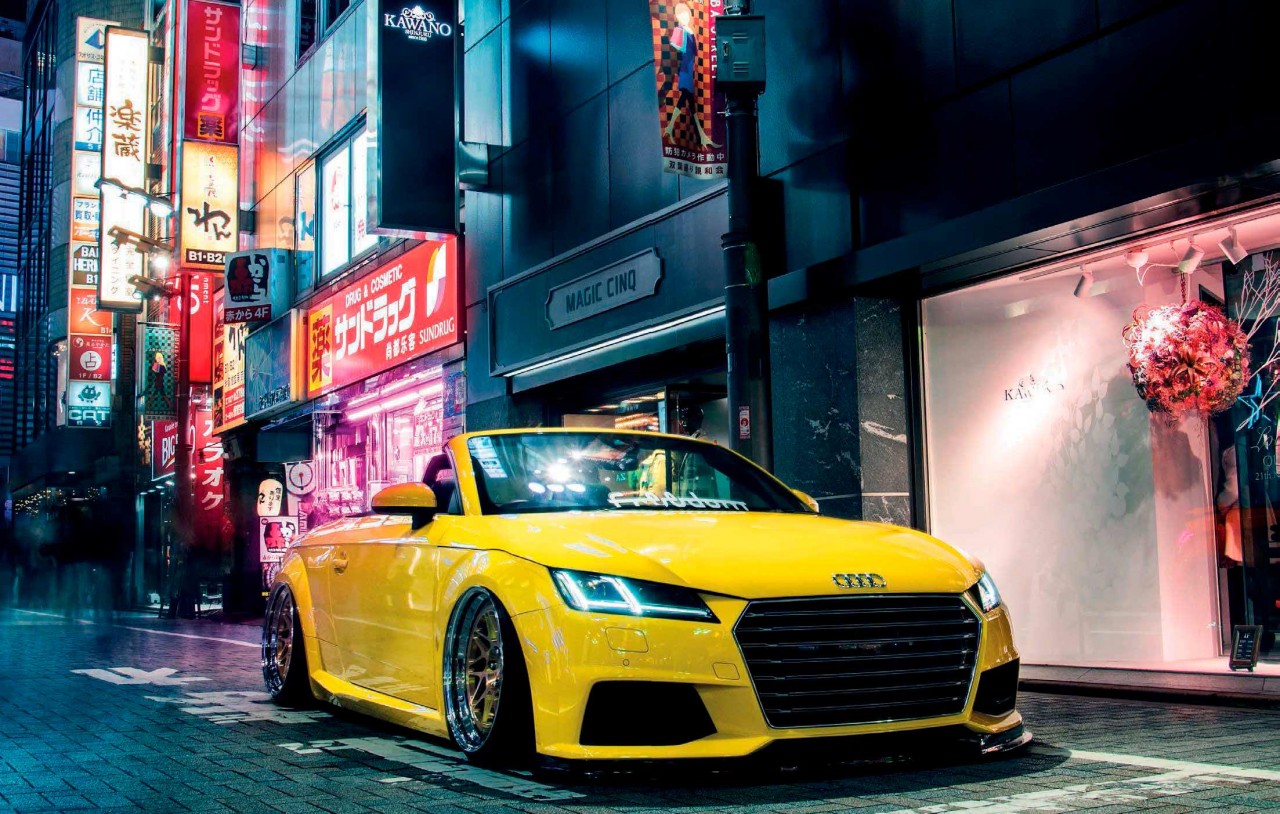 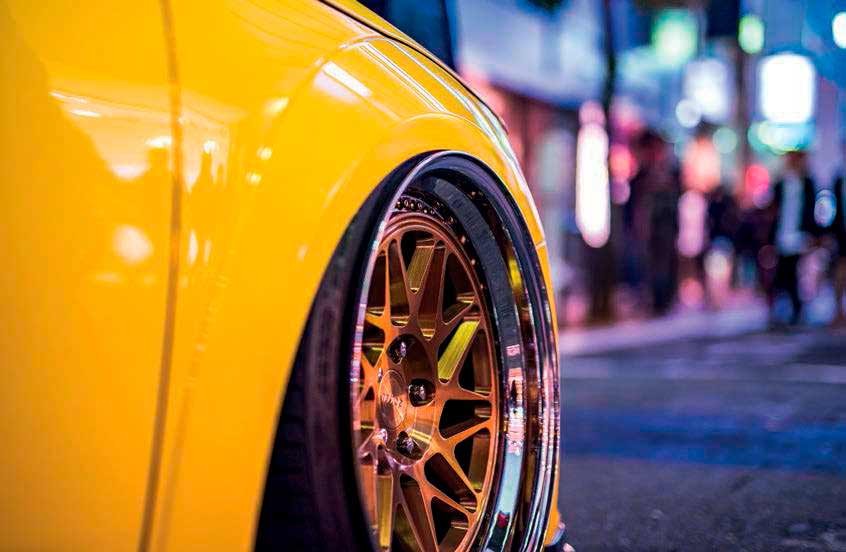 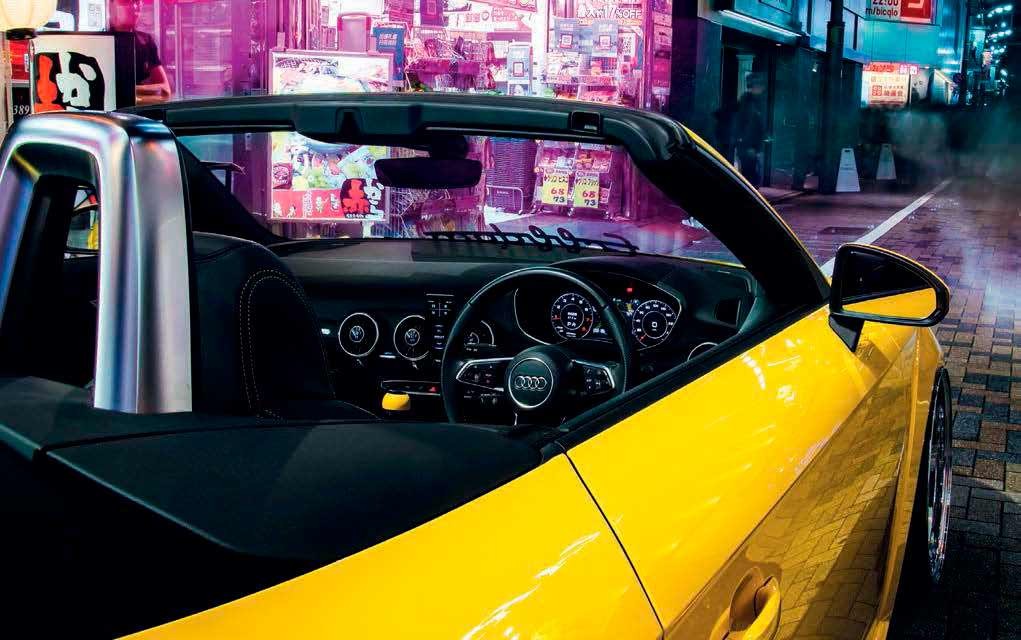 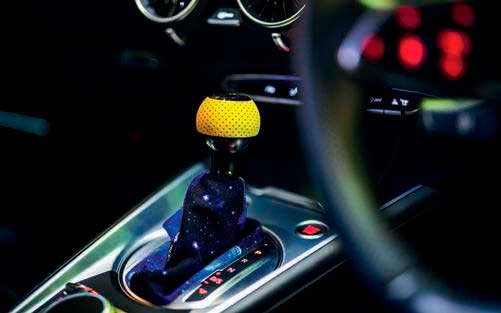 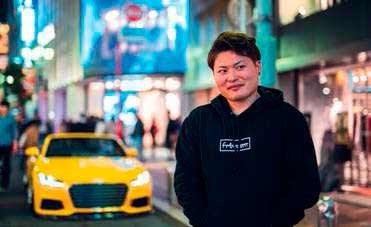 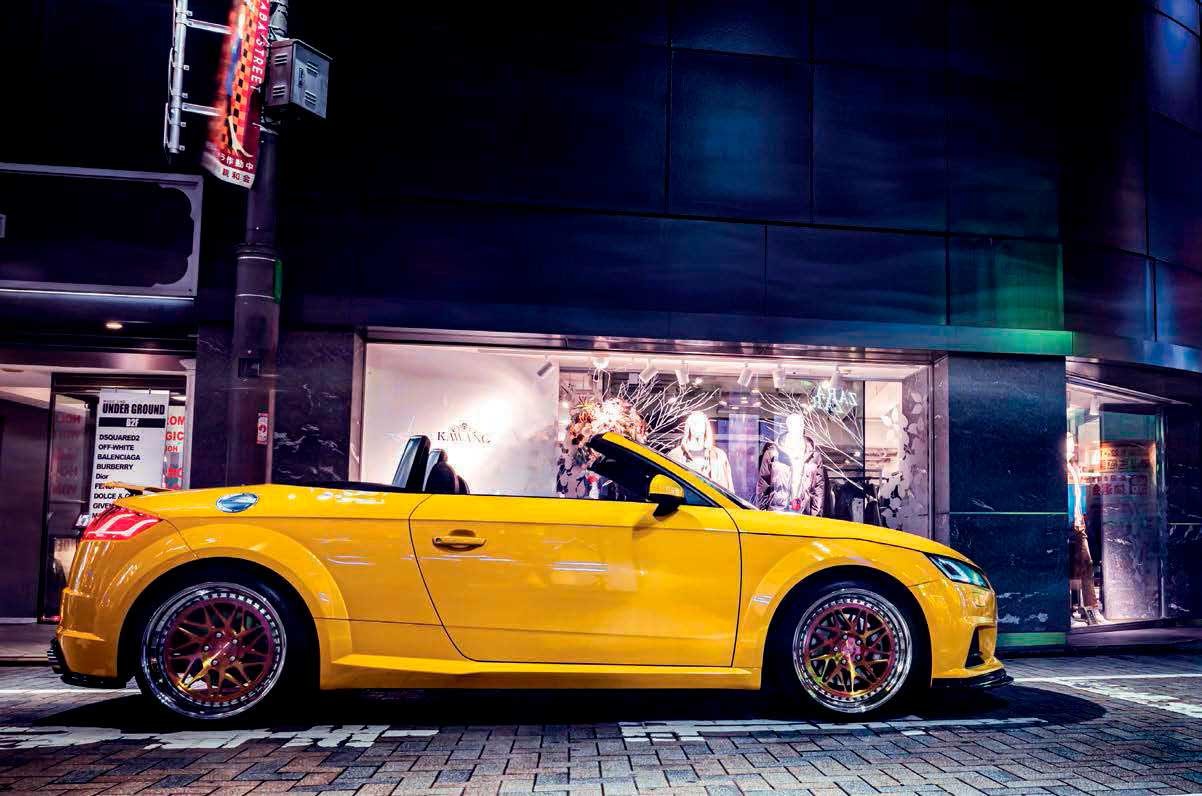 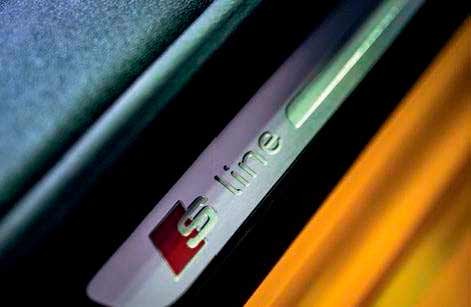 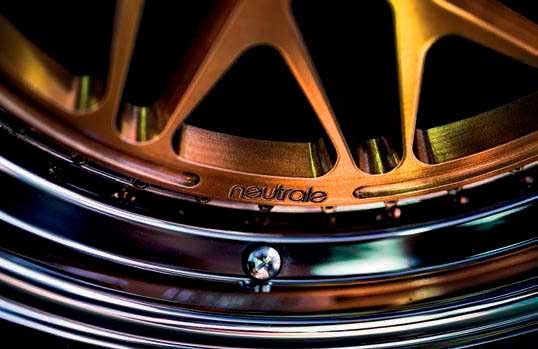 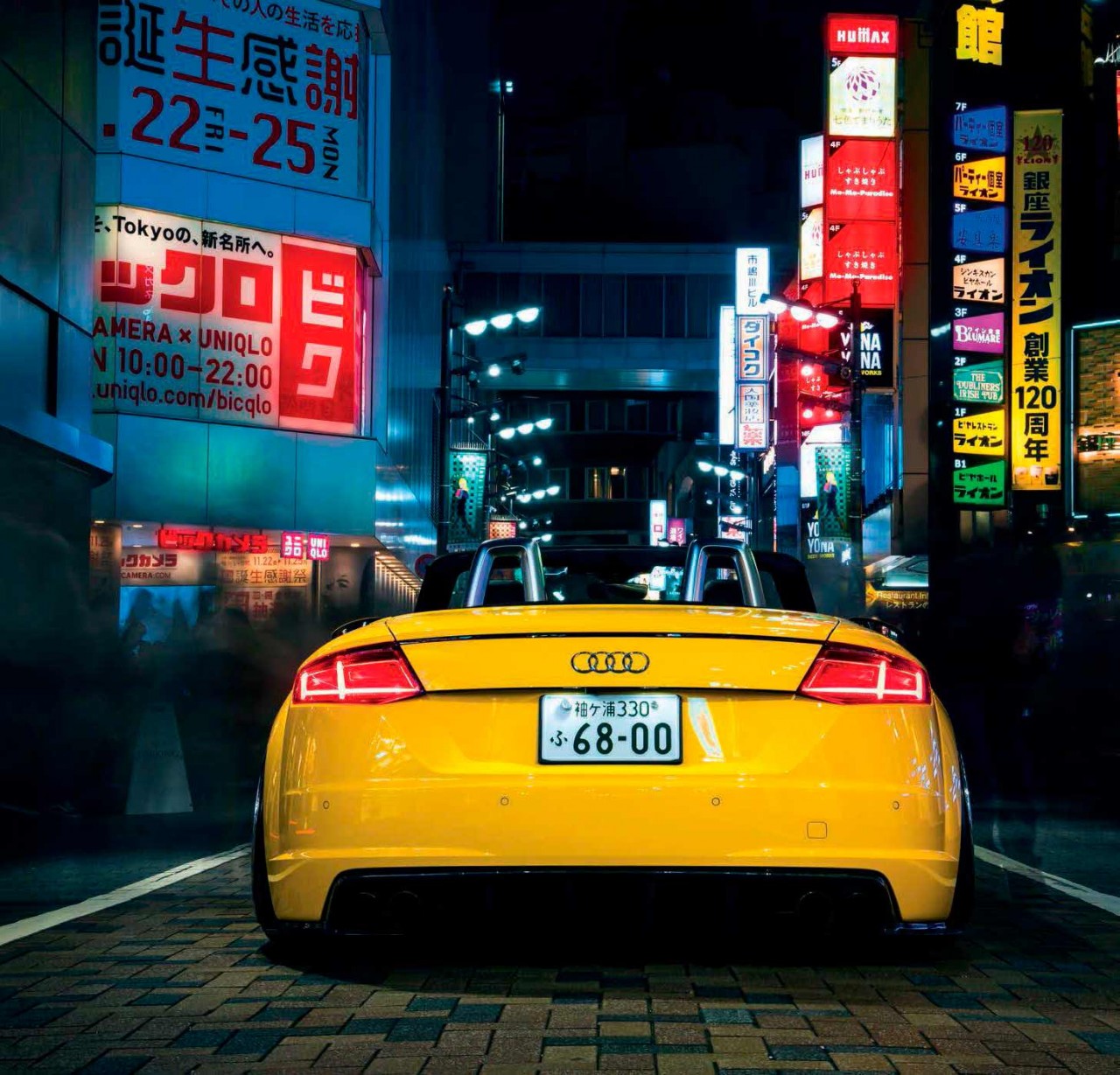 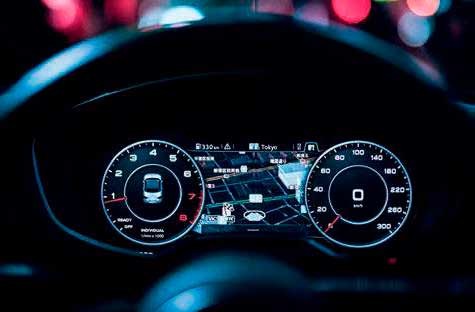 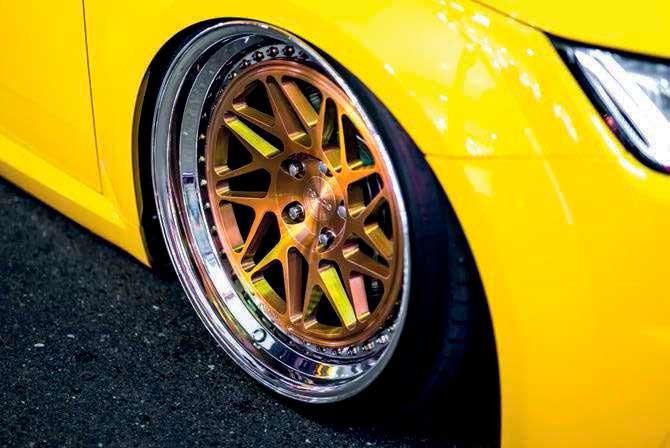 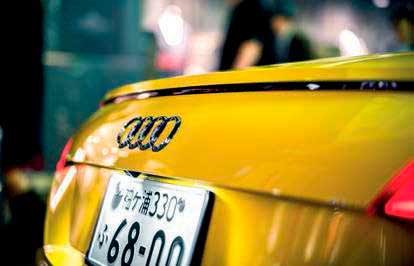 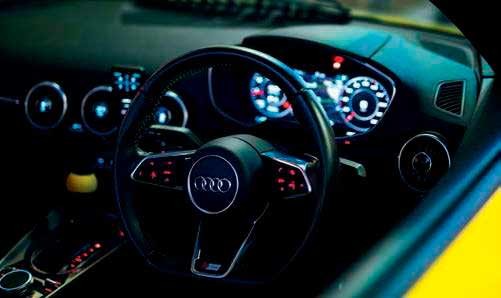