Paul Foster is no stranger to the VW show scene, his multitude of stunning Mk1 Golf based creations have made an impact over the last 20 years. In total, no less than six Mk1 Golfs and two Mk1 Caddy pick ups have all been restored, built and modified by Paul to an exceptionally high show standard. Oh yes, let’s not forget the VW beach buggy he rebuilt too!

That’s a quite an accomplishment for anyone, especially someone who’s carrying out the majority of the work on his own in the little spare time he has in a small garage. Paul was already part way through rebuilding his well-known cream mk1 caddy, which would go on to tour the UK shows and pick up numerous trophies, but the prospect of an opportunity to rebuild a three-door Mk1 tin top from the ground up seemed too good to miss!

Thanks to the contacts he’d built up in the Mk1 community over the years, Paul heard about a base model ’1979 Volkswagen Golf Mk1 three-door shell for sale over in Manchester, “I went over to have a look, it was a completely bare shell, no engine, no electrics and no wiring,” he smiles. Now, such a daunting prospect might put most buyers off, but this bare bones scenario was perfect for Paul, “I saw this as a perfect opportunity, a totally blank canvas that I could put my own stamp on,” he remembers.

The Golf was soon loaded on to a pallet, put on the back of a borrowed trailer and transported over the Pennines ready for storage in North Yorkshire. “And there it sat, totally untouched while I finished working on my caddy,” Paul points out, “it gave me time to start sourcing parts I’d need to rebuild the golf too.”

“My plan had always been to build my perfect Mk1, a car that looked just right, but still in keeping with the original design” 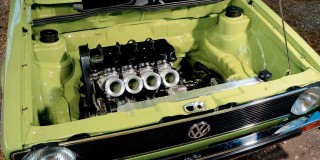 As Paul began attending shows on an almost weekly basis in his newly completed caddy, he began collecting the parts he’d need for his forthcoming Golf project. “Few people would have known I was already thinking about working on the Golf when I’d just arrived at a show in a freshly rebuilt Caddy,” Paul laughs. Autojumbles were a regular haunt too and Paul even bought himself a donor mk1 to cannibalise for spares.

The door glass, original seats, dash along with hundreds of nuts and bolts would all come from these sources, while the opening quarter lights had to be sourced from America!

It would take a total of four years for Paul to source enough parts ready to begin his next project. “The problem was I had the shell and many of the parts I needed, but nowhere to carry out any work,” Paul recalls, “I eventually found a dusty old unit on a farm, but it had no electric.” Again, this would put most people off considering such a unit to rebuild a project, but Paul remained unflustered and bought himself a generator along with cables and lights! “Having completed numerous other projects I knew there were three things I now needed most, lots of money, lots of specialists skills and mates in the right places,” Paul laughs, “in truth I had not much money, limited skills I’d taught myself and mates who disappeared when I needed them most, it was time to begin!”

“I found a complete Mk1 loom easily enough, but I had to extend it so it could be housed under the inner wing”

Paul’s brother, Dean was summoned to help out with the engine rebuild, “I’d picked up a none running 1.8 KR 16v and we began rebuilding this in his workshop,” Paul remembers, “the work included new pistons, bottom end, bearings, gaskets and a water pump.” The engine itself was then cleaned and repainted in readiness for its new home.

Attention could at last turn to the neglected shell, which at least didn’t have to be stripped first! “I wanted to retain as much originality as possible so I repaired many of the existing panels,” Paul points out, “there were many late nights spent welding and the only panels beyond salvage were the front wings which came from VW Heritage.” In total, six months hard graft went into Paul’s shell, much of it over a long and cold winter too.

“We constructed a spit in the garage to help with the welding and prepping of the bodywork,” Paul recalls, “this meant repairing the underside was easier too.” Paul’s recent projects had included smoothed bays and this mk1 would be no exception, the finish here is totally flawless. The same can be said for the Manila green paintwork, “I’m a competent sprayer, but I wanted a top job so I enlisted the help of a mate who’s a specialist and he provided the help and advice I needed,” Paul remembers, “the underside could be resprayed on the spit and we constructed a temporary spray booth to repaint the remainder of the shell.” The result is truly stunning and the finish flawless throughout, thanks to Paul’s intense preparation and endless attention to detail. The early black and chrome small bumpers, chrome flag mirrors and those rare opening quarter windows complementing the Manila green paintwork perfectly. The chrome theme continues to the waist trim, door handles and filler cap too while the tailgate window now has clear glass, as we’ve said before those subtle details all add up. As the bare shell arrived totally devoid of an interior, Paul was able to design a cabin to his own taste. “I’d managed to source some early mk1 seats and managed to track down some Porsche hounds tooth material in Germany at £100 a yard,” Paul recalls, “I’m not a specialist when it comes to recovering seats so these were sent off to Martin Dawson to be retrimmed.” VW Heritage came up trumps again for the period door cards, headlining and carpets and Paul managed to source a rare original and unmolested parcel shelf and radio. The steering wheel originates from a mk1 Scirocco in case you were wondering. 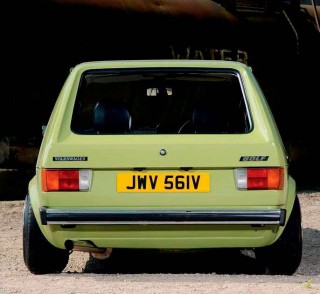 Paul now had his freshly rebuilt shell complete, but the engine and running gear still needed to be bolted into place. “Its always a daunting prospect, fitting parts to a newly painted shell, but I’d been here before, so I wasn’t too worried,” Paul laughs. The rebuilt 1.8 16v now running Yamaha R1 bike carbs could be lowered into the fresh smoothed bay. The ported and polished KR now benefits from a Canems ECU, Dub Power exhaust manifold while an 02A gearbox is used. With 170bhp on tap, that’s ample for producing plenty of smiles in a mk1! Fortunately, the engine slotted in smoothly, but there was still no wiring to power it. “I found a complete Mk1 loom easily enough, but I had to extend it so it could be housed under the inner wing,” Paul points out, “that was the best way to ensure all the wiring was kept out of sight.”

In contrast fitting the suspension was relatively straightforward, Paul choosing to use an H&R coilover set up with polybushes all round along with Golf Mk4 GTI brakes up front and TDi discs at the rear to improve stopping power. As with all his projects, the stance had to be just right and with those cool 15” BBS RS rims, he’s nailed it once again. Speaking of those rims, Paul always had the iconic RSs in mind, but they almost didn’t happen. “They’re not cheap and I had a set of BBS RMs in reserve in case I couldn’t find any,” Paul recalls, “I’d put so much work into the car, I knew I wouldn’t be happy unless it had a set of RS’s on there so I decided to sell my unworn and unloved jewellery to fund a set.” The polished lips and centre caps complement the chrome trim, while Paul has opted for gold centres, which suit the manila green paintwork well. Let’s face it, you can never go wrong with a set of BBS RS rims on a slammed Mk1 and they shine like a diamond necklace too!

“Rebuilding the car and fitting the parts went surprisingly smoothly,” Paul smiles, “it was all done in less than two weeks ready for its first show.” Since then his Mk1 has been a regular on the show scene and we can confirm Paul’s dedicated to attending as many shows throughout the UK as he can as it took over a year to organise a slot to shoot his car on a rare day he was available. One advantage in attending so many shows is knowing what’s out there, the latest trends, what’s new, what looks right and a general understanding of the ever-changing VW scene. “My plan had always been to build my perfect Mk1 this time around, a Mk1 that looked just right, but still in keeping with the original design,” Paul explains, “I’ve built many Mk1 show cars over the last few decades, but now I’m happy I’ve built that ‘special one’ at last!” 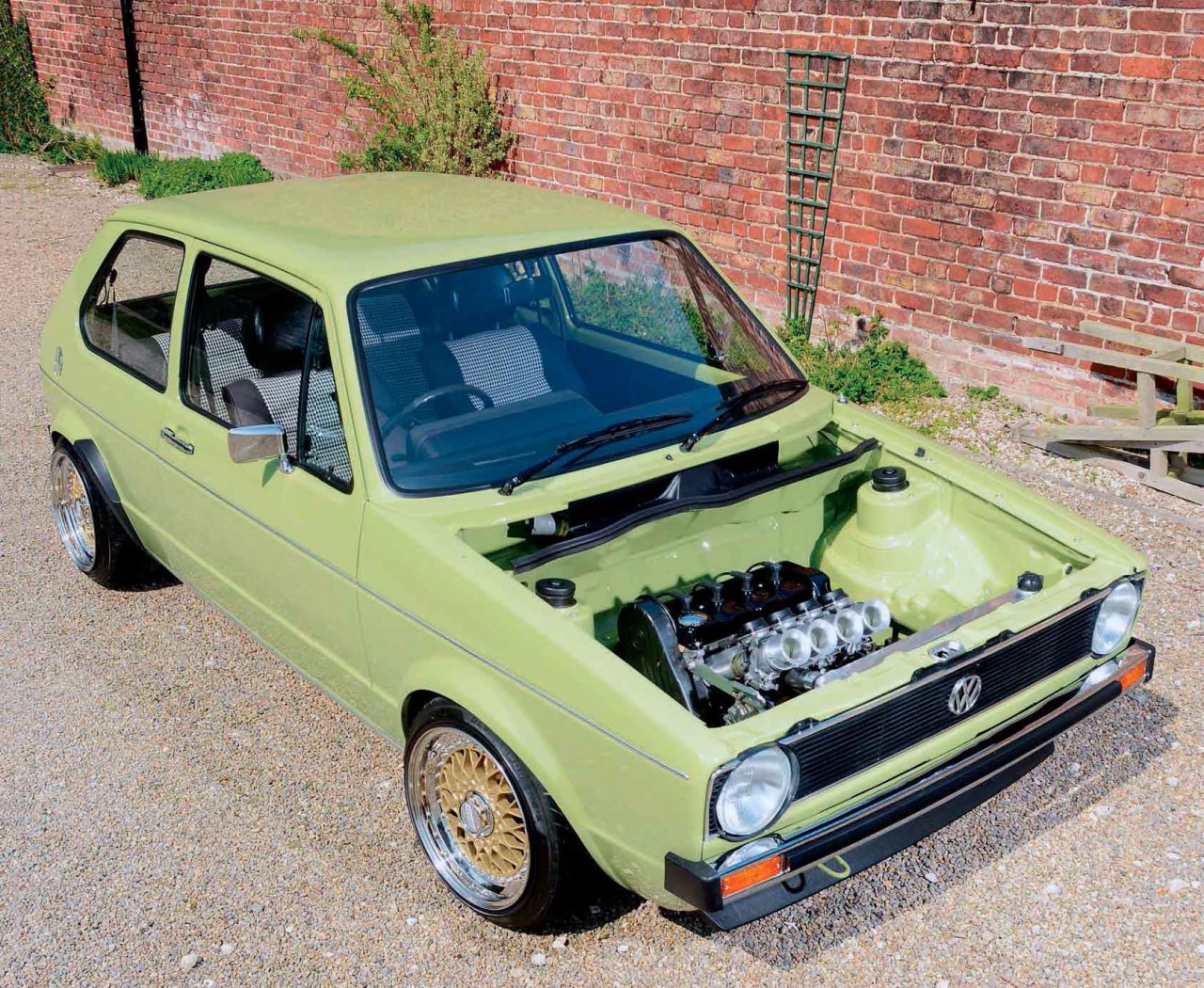 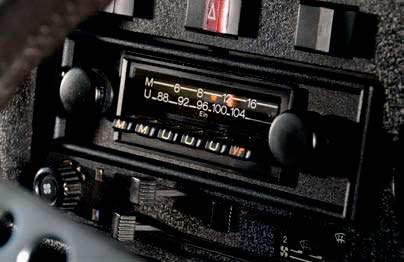 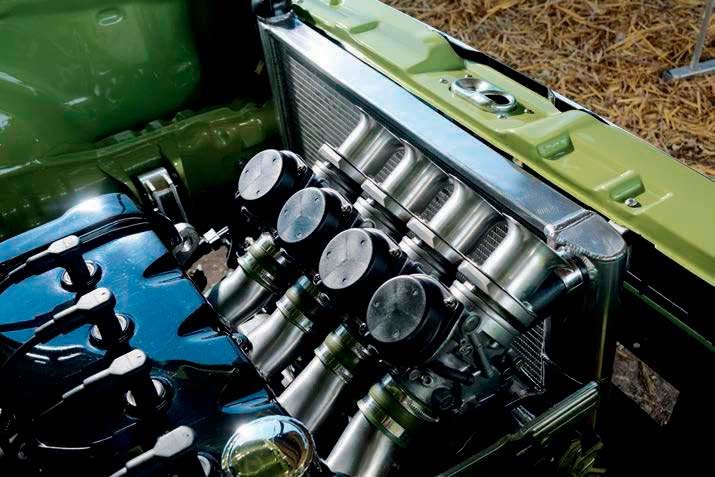 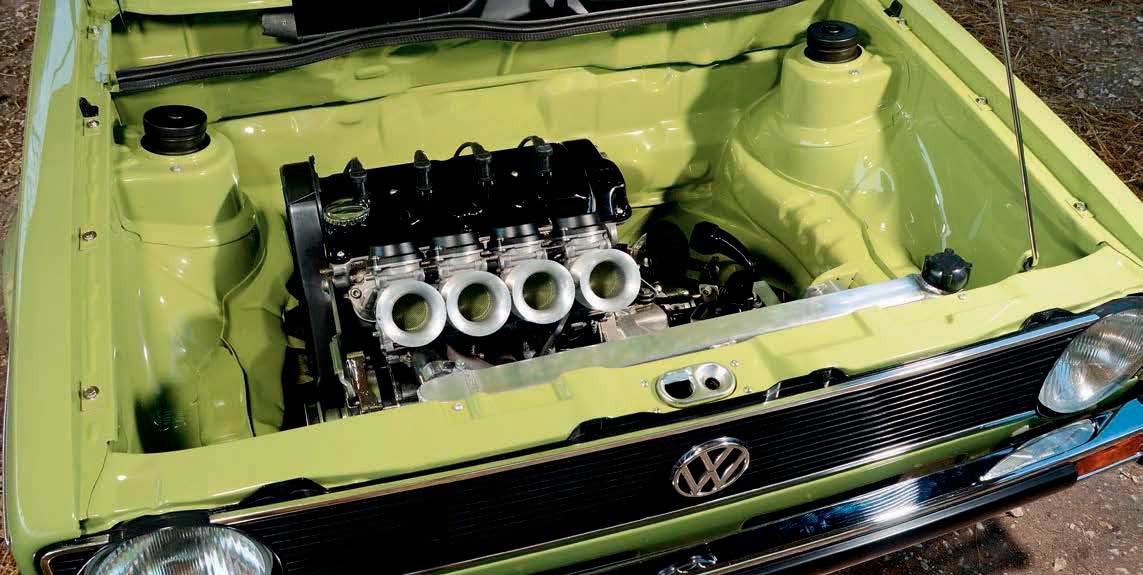 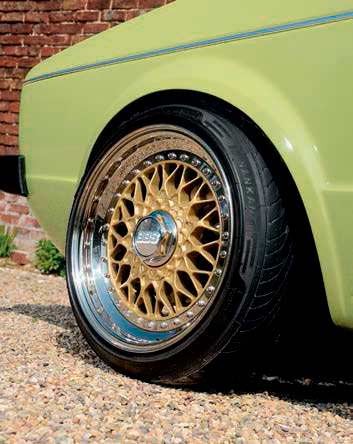 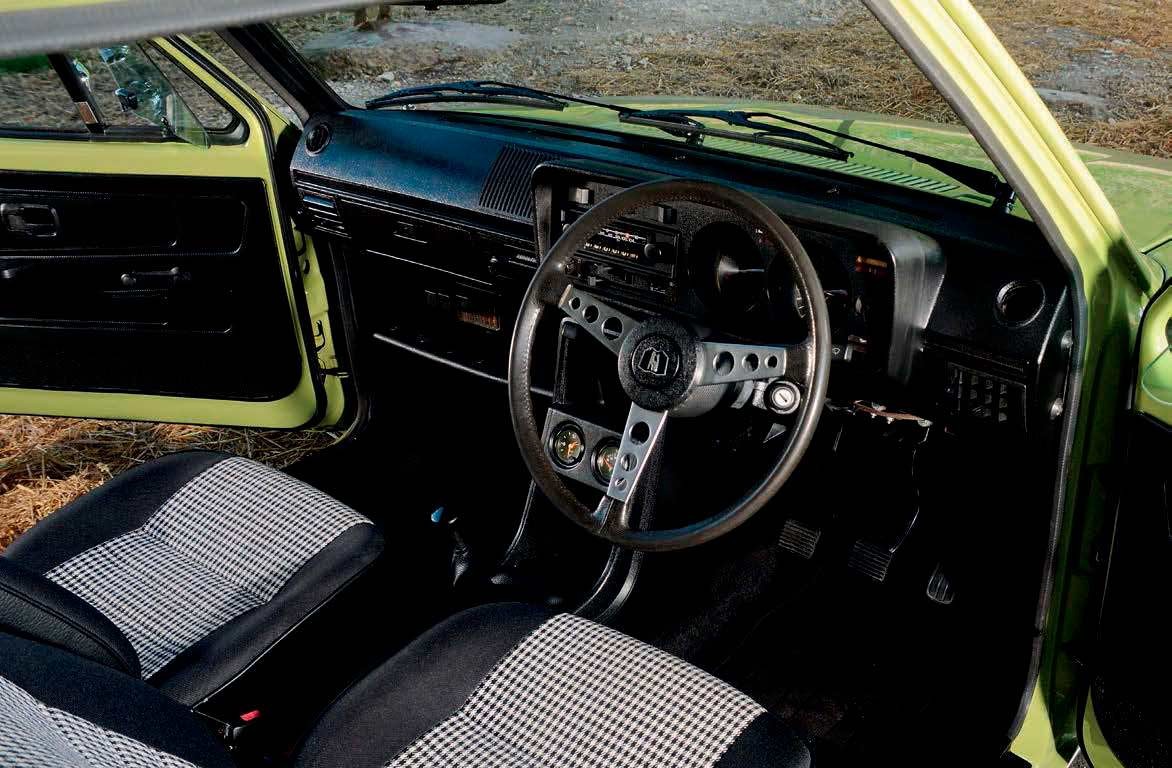 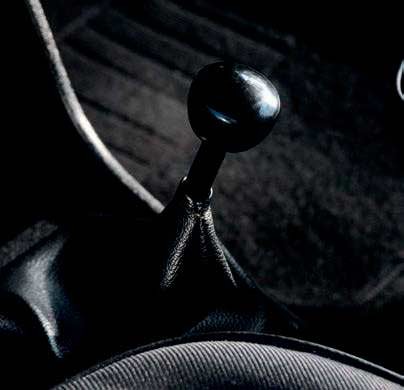 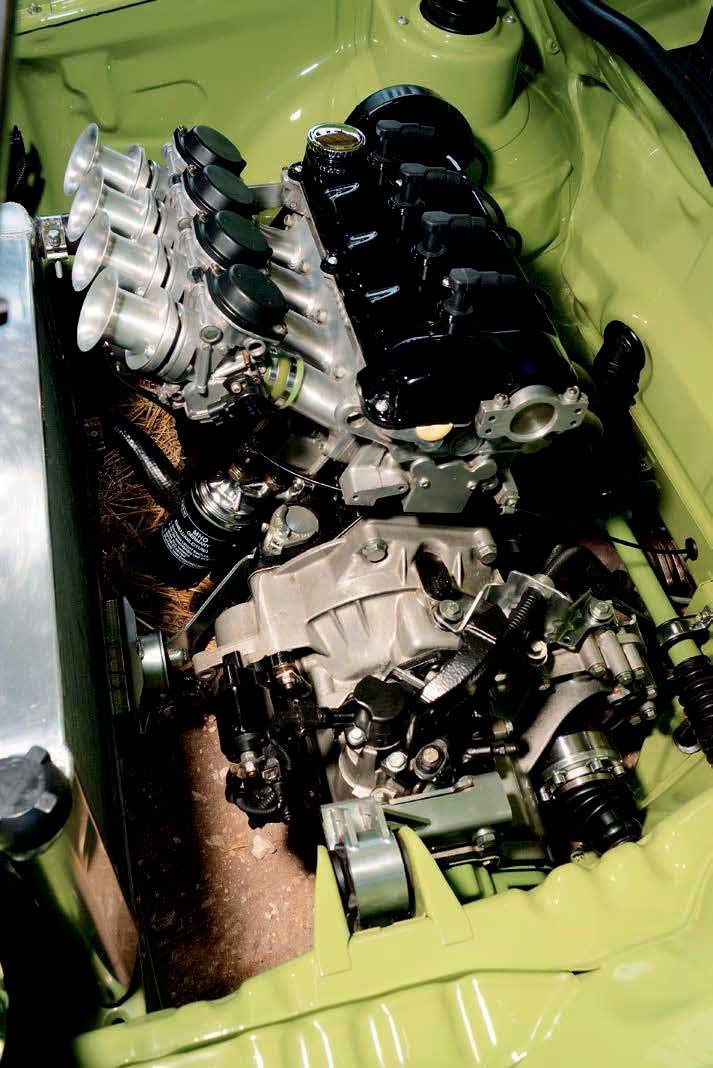 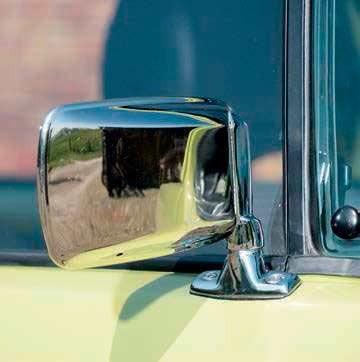 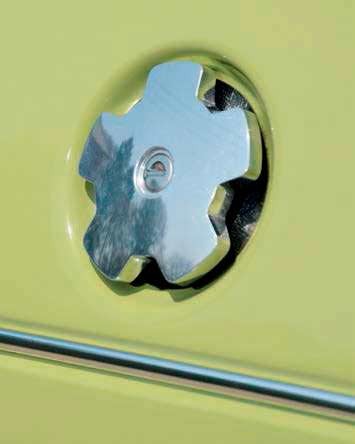 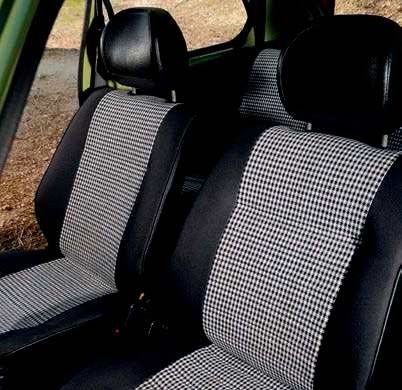 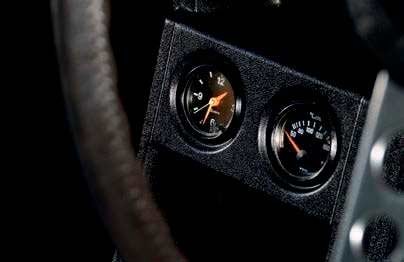 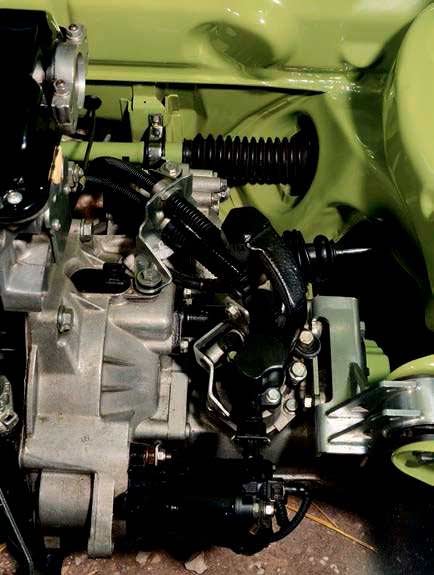 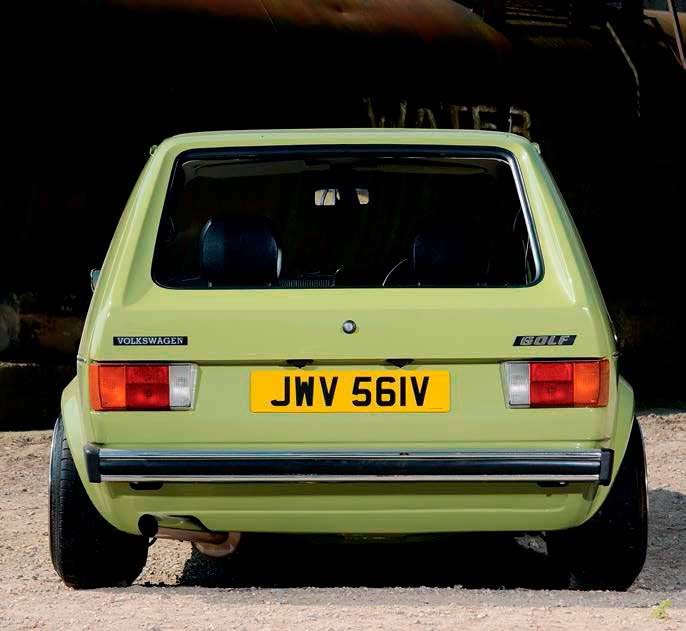 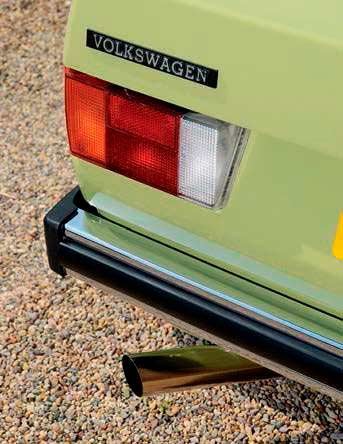 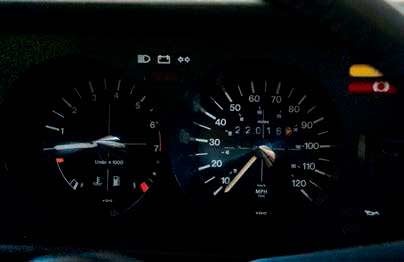 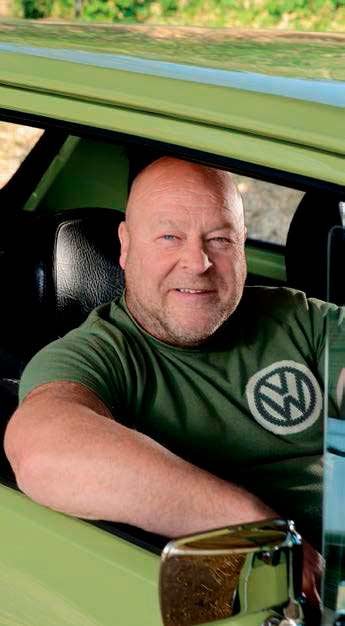 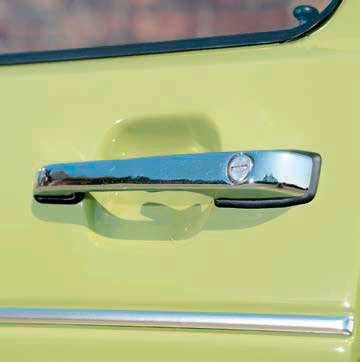 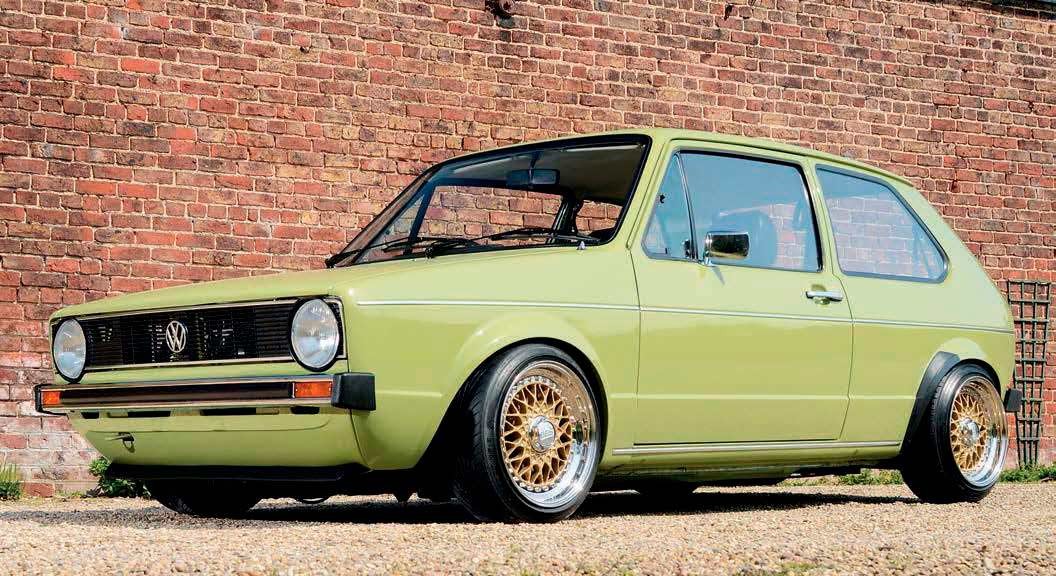