After Luca de Montezemolo left – or was ousted from – Maranello, it turned out that one possible bone of contention with his bosses concerned SUVs. De Montezemolo was insistent that Ferrari should be traditional and stick with the wishes of Enzo, who had always said that there should never be a four-door Ferrari of any sort, although it was said that he softened in his attitude when it came to the Ferrari Pinin one-off saloon powered by a flat-12 motor. Still, he never acquiesced to it becoming a production model. 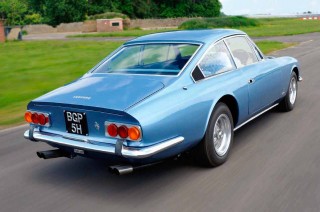 Enzo had, however, been happy to give his blessing to Ferraris that could comfortably accommodate four people in a coupe, although this was not to happen until his company had been manufacturing cars for over 10 years. For the pedants, yes, there had been four-seater Ferraris before the 250 GTE of 1960, but these had been produced in single-figure numbers and were really only design experiments.

It was, perhaps, ironic that the 250 GTE was not only the first Ferrari capable of carrying four people in comfort but also the first Ferrari to be produced in any sort of quantity. (The 250 GTE was the subject of a Collectors’ Guide in the January 2018 issue of this magazine.) The wisdom of offering a four-seater was confirmed by the GTE’s popularity, with almost 1000 reaching new owners.

An updated model was needed by the end of 1963 and a start was made by adapting 250 GT 2+2s to take a 4.0-litre version of the V12. The resulting hybrid was called the 330 GT America and only a few – maybe around 50 – were produced before a completely new model was introduced at the 1964 Geneva Show.

Based on a slightly longer wheelbase than that of the 250 (2647mm against the previous 2591mm), this new car was given the title 330 GT 2+2 and was powered by a 3967cc version of Gioacchino Colombo’s V12. It developed 300hp and drove through a four-speed gearbox with overdrive. 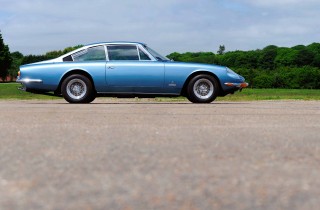 These first cars were fitted with four headlights, which was then very fashionable, but this style did not find favour with the public, or more likely the pundits, so in 1965 an improved version of the model appeared with single headlights, five-speed gearbox, alloy wheels and other detail changes. Which leads us on to our featured model, the 365 GT 2+2, which made its debut at the Paris Salon of 1967, and was the direct replacement for the 330 GT 2+2. It was built on the same wheelbase as its predecessor (2647mm) but as can clearly be seen, the coachwork allowed for greater luxury and there were significantly longer overhangs at both ends. In effect, designer Aldo Brovarone took the front end of the Ferrari 500 Superfast and the rear of the 365 California and combined them to created the 365 GT 2+2. Although it had much the same profile as the Lilian de Rethy 330 GTC Speciale, it did not include that car’s Renzo Carli-styled Dino rear window.

Instead, the flowing lines were well proportioned, making this a very handsome and attractive car. The grand overall size – almost five metres long – made it the largest Ferrari yet created. Indeed its dimensions inspired Road & Track magazine to dub the model the ‘Queen Mary’ of the range. Wire wheels, by 1967 a slightly old-fashioned idea for a modern Ferrari, gave way to Maranello’s recent addition of knock-off alloy disc wheels as standard. Knock-off five-star alloys, similar to racing wheels, were also offered. During the production run, which lasted from 1967 until 1971, a total of 801 examples were built, 52 of which were right-hand drive.

In his Autosport report of the Paris Salon, John Bolster stated that: “The Pininfarina body has plenty of luggage space in its long tail, but the appearance of the car is rather ordinary.” Having dubbed it the Queen Mary, Road & Track went on to say that the car was a “real eye catcher” and “what a fast, roomy and luxurious car should be.”

So what allowed the 365 GT 2+2 to display this array of attributes? It was fast because it was fitted with the Tipo 245 4390cc version of Ferrari’s V12, an engine with superb flexibility which developed 330hp at 6600rpm. It was connected directly to a five-speed manual gearbox, so it is not a transaxle car. An important point to note is that this was also the first Ferrari to meet the then-new US Federal Laws regarding safety and pollution.

The roominess applied to all four seats, capable of adult use over long distances. Indeed, Road & Track described the rear seats as “better than in most +2s” and added that the car “rides smoothly and quietly.” That was thanks to the first-for-Ferrari addition of self-levelling rear suspension. This used a system developed by Koni whereby the power for pumping up the suspension came from the movement of the dampers. Thus a pair of hydraulic spring-ram units, located behind the rear driveshafts, worked in tandem with a pair of conventional coil springs ahead of them. The car’s up-and-down motion provided pressure for keeping the car level under load. There were also anti-roll bars front and rear.

A second new-to-Ferrari mechanical driver aid was ZF power steering. At the time, Ferrari purists jibed at this piece of technology, but in a car weighing well over 1500kg it was entirely fitting for a model that pandered to the luxury market. However, adding power steering came at the cost of a turning circle that many pundits found unacceptably large. The luxury cabin came complete with pleated headlining, beautifully trimmed leather seats and thick carpeting, as well air conditioning to keep the occupants cool.

Traditionally large instruments, set into a binnacle together with fuel and oil gauges, confront the driver once he has settled into his seat, which is well-padded but not so well side-braced as in previous Ferraris. This is because of Maranello’s intention to exploit the car’s luxury stance, as opposed to appealing to a purely sporting clientele.

Start up the 4.4-litre V12 and the noise is as subdued as it should be in a car of this type. Depress the cutch, which is not as heavy as those in earlier Ferraris, and it’s easy to move off from standstill. Even in fifth gear, the 365 pulls away smoothly from 25mph. A luxury Ferrari is still a Ferrari and, once on a winding road where you can use the car’s full power, the five-speed gearbox is a joy to operate: the synchromesh is powerful and the gearchange is relatively light and precise in operation.

Due to the long bodywork overhangs and the self-levelling suspension, a well set-up example should ride with virtually no pitching, but there is some bumpthump from the Michelin tyres. Cornering power is high, with reserves of roadholding beyond those required by the average luxury car user. Handling is exceptional for such a large car, and you’ll probably run out of nerve long before any sign of handling untidiness appears. Keeping all this under control are vented disc brakes operated by a dual-circuit system and servo (another new Ferrari addition). These brakes need to be warmed up before they give their optimum performance; if not, the rears can lock up under certain extreme circumstances.

We were fortunate enough to benefit from the opinions and expertise of Barkaways Ferrari to analyse what to look for when contemplating the purchase of a 365 GT 2+2. There are many potential pitfalls, so let’s start with the body/chassis. There are a lot of bodywork seals to be inspected underneath the car and sadly it is unlikely that all of these will have been dealt with because of the expense of rectification. From the inner and outer sills to the tubular spaceframe, there is no guarantee that an inspection would reveal everything that might be amiss. It’s wise to go into any purchase expecting to have to resolve some bodywork issues. The fundamentals, such as the structure of the car which consists of tubes made up into a spaceframe, should be checked as far as possible from their insides and the sills should be tapped for soundness.

The Colombo V12 engine is extremely expensive to work on, as there is no easy way of doing any job. Look for head gasket leaks, corrosion on the block and noisy tappets. The engine’s three Weber carburettors make the car far more usable and less highly strung than six-carb versions of the V12. It would be a good idea to ensure that the exhaust system is of stainless steel. Parts availability is a huge problem everywhere you look on these cars. As Ian Barkaway puts it bluntly: “Anything specific to the model is unobtainable.” From door window motors and the plastic bonnet vents through to suspension and interior parts, the nonavailability list goes on. The window frames and all the stainless trim parts are also difficult to find now.

It is very important that the glass is not scratched or it will be a major problem to resolve. Even the ignition switch and keys are unobtainable, as are parts for the Koni self-levelling rear suspension. This latter is such a problem that the people at Barkaways have adapted a coilover suspension system to replace it and keep cars on the road.

The quality of the paintwork is important. Check the door shut-lines and that all creases are sharp and consistent. You should expect some patina and possibly well-worn interiors. The wood veneer on the dash and plastic dashboard top are both susceptible to age and can be damaged by sunlight.

Mileage is not as important as it is for some Ferraris. A car with several owners, all of whom have kept it in good fettle with plenty of specialist attention, may well be a better bet than a long-term owned example with low mileage but signs of neglect. You must buy the car, not the paperwork. Spencer Herbert at Barkaways insists on matching numbers and a history of ownership with a good service record. Having the correct and complete tool-roll, plus instruction books and documentation, are all major pluses, too.

We’re not trying to sound negative about this model, but the plain fact is that the cost involved in bringing one of these cars up to near-perfect condition is not currently viable with values as they are. The trick is to find a car in the best possible condition to start out with.

In the opinion of Spencer Herbert at Barkways, the value of cars in top condition has increased considerably in recent times. It’s still possible to buy a decent 365 GT 2+2 for £140,000-£200,000 but values for the best cars have firmed up and are presently around the £250k mark. One of the 52 cars produced in right-hand drive form would definitely be worth seeking out; their rarity means they attract a premium.

THANKS TO: Roy Kent of the Old Racing Car Company (oldracingcar.co.uk) for the stunning car in our photos and to Barkaways (barkaways.com) 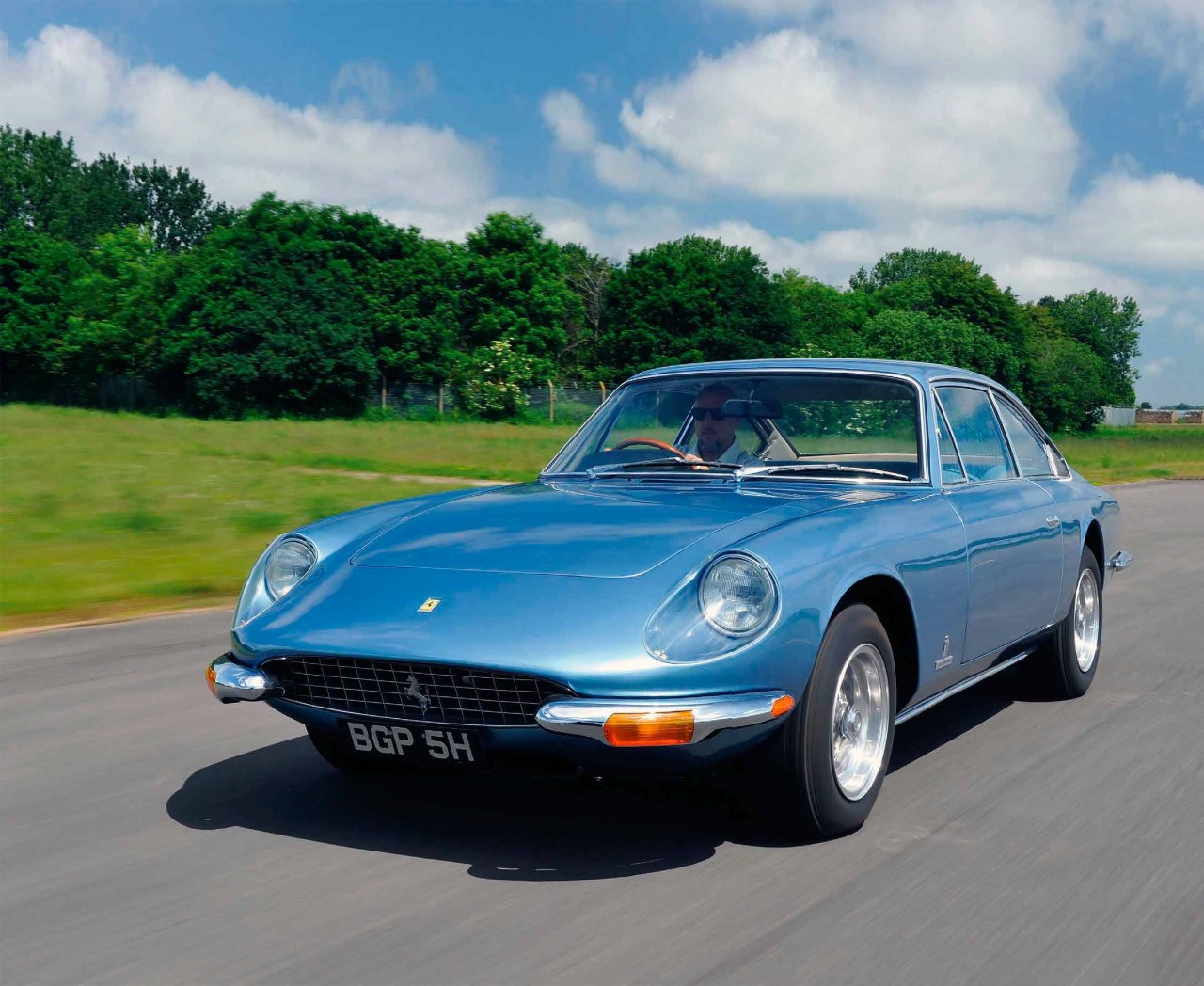 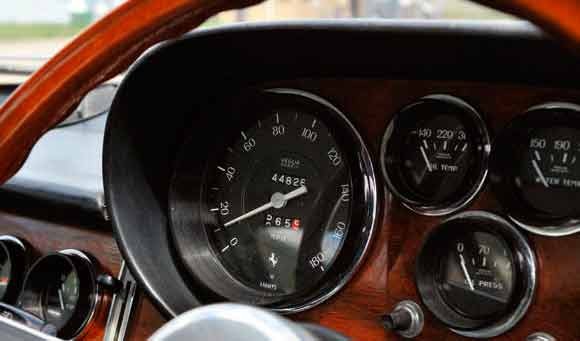 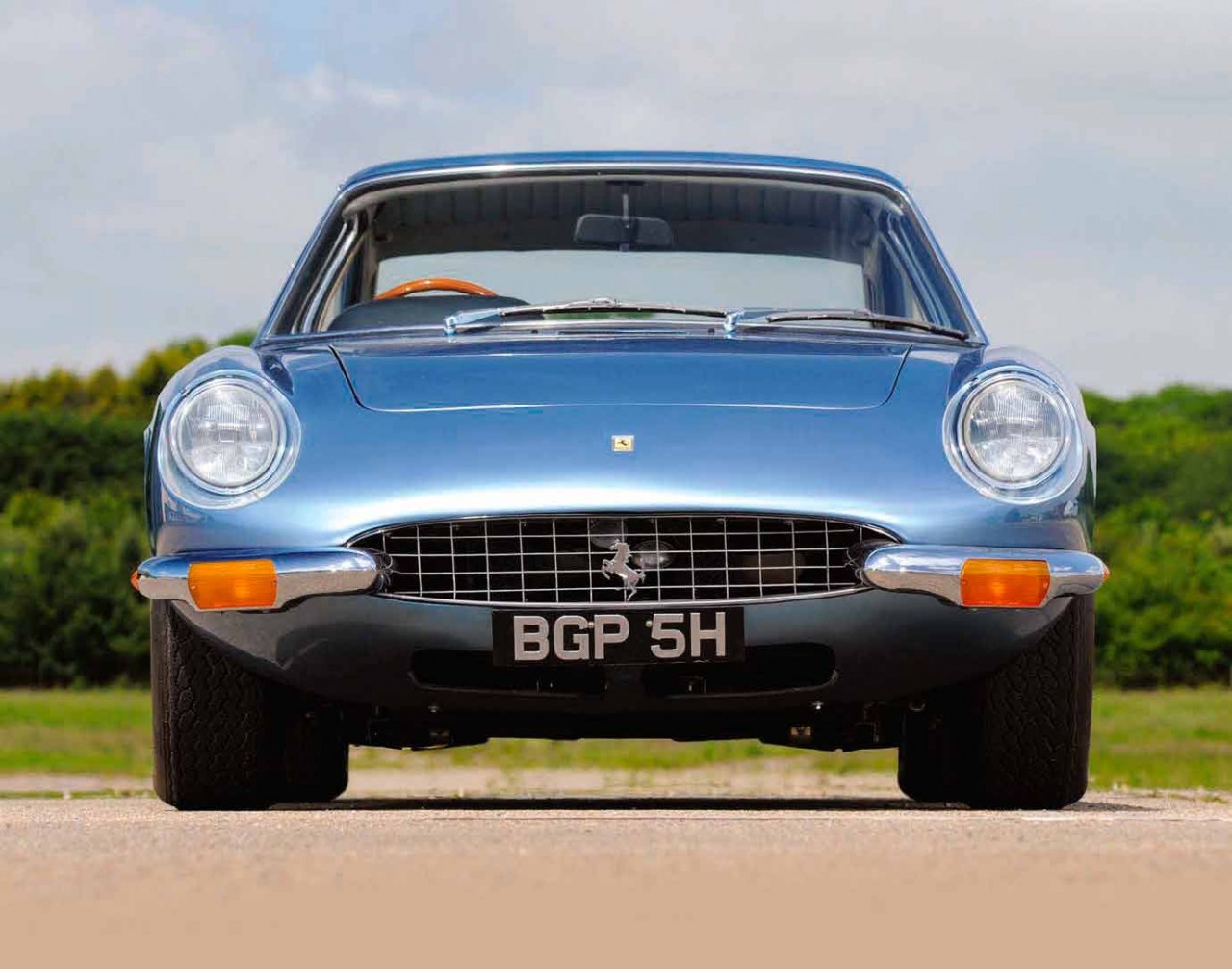 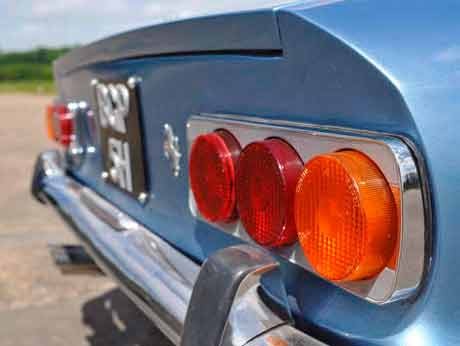 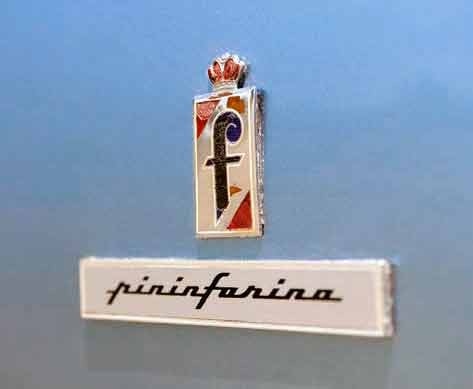 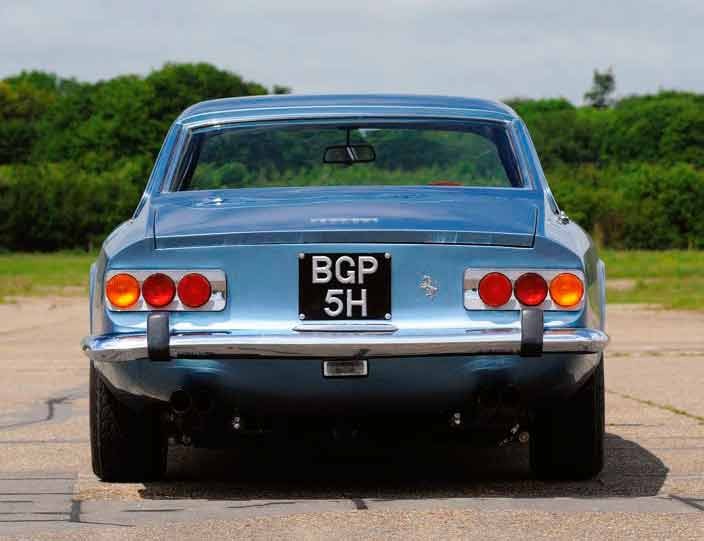 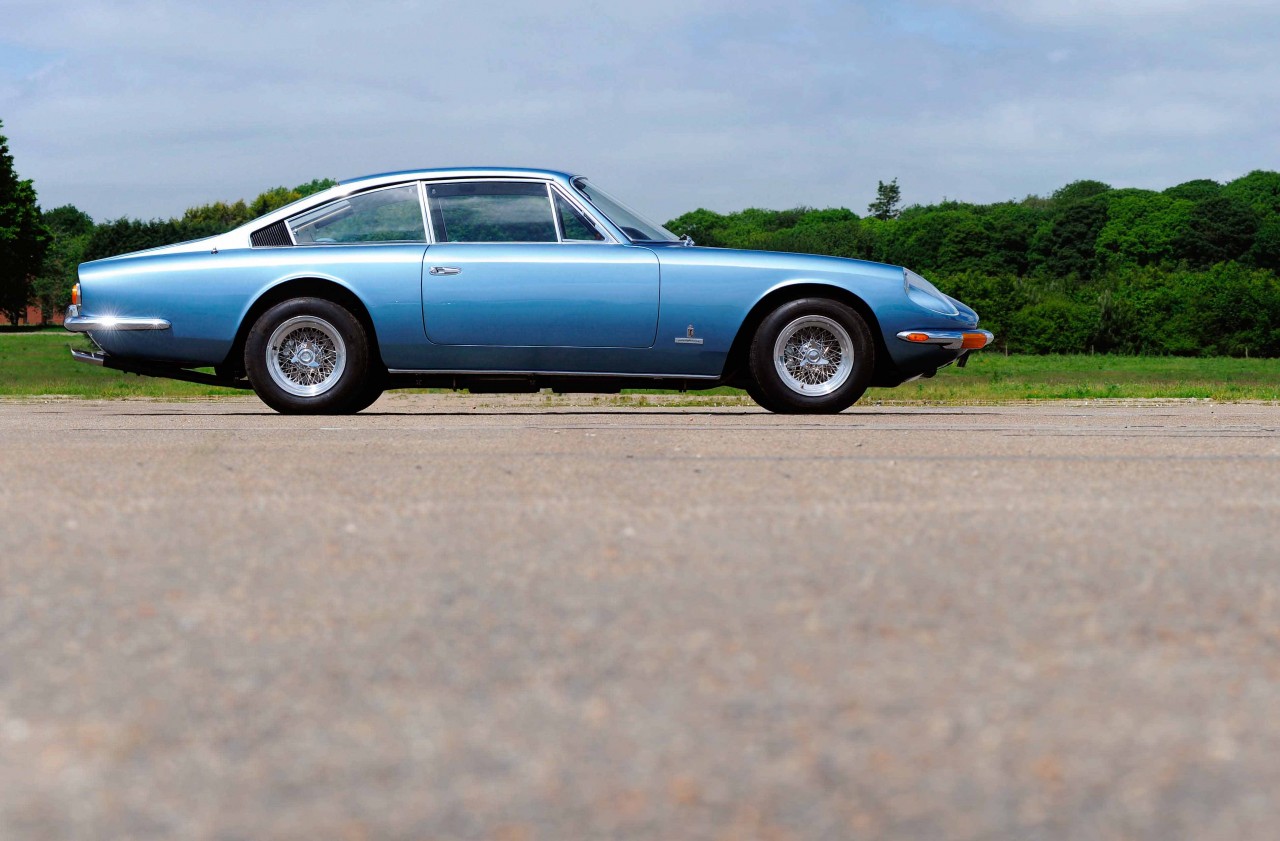 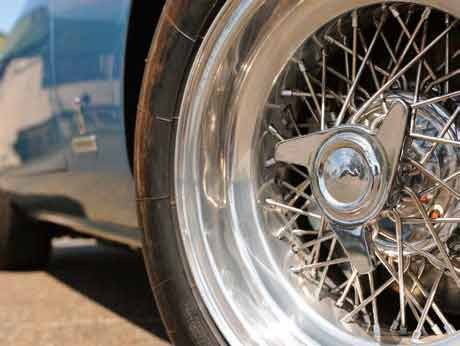 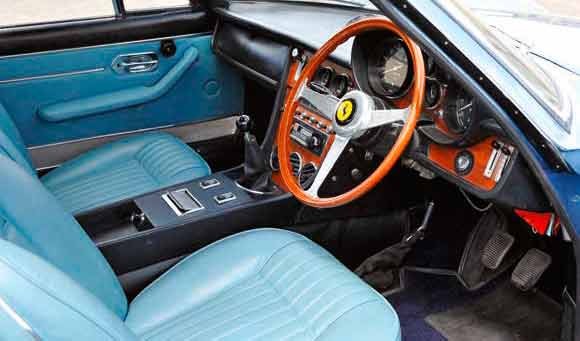 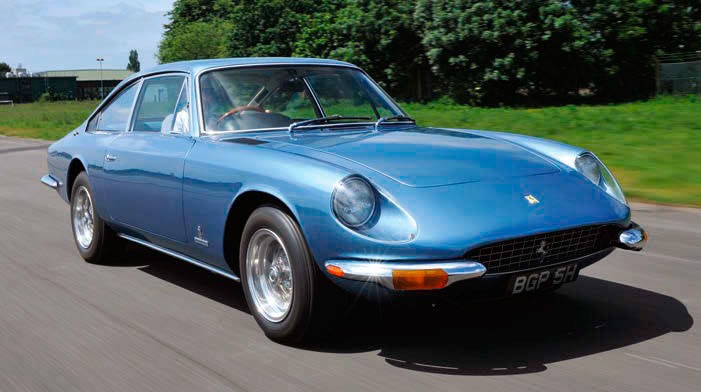 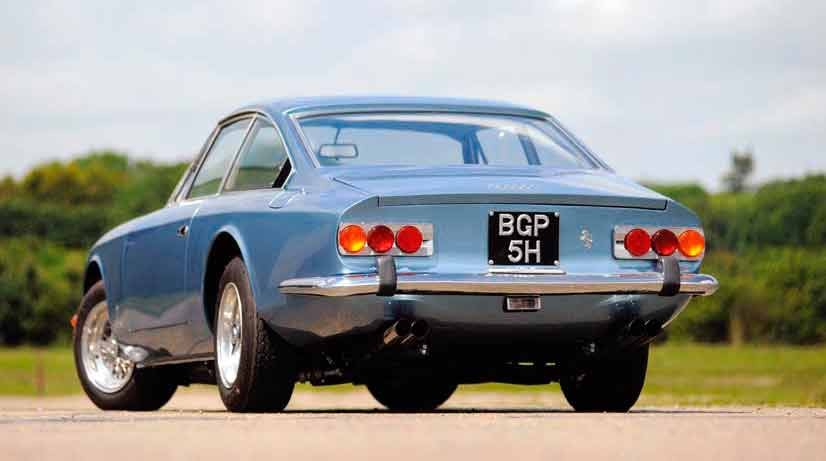 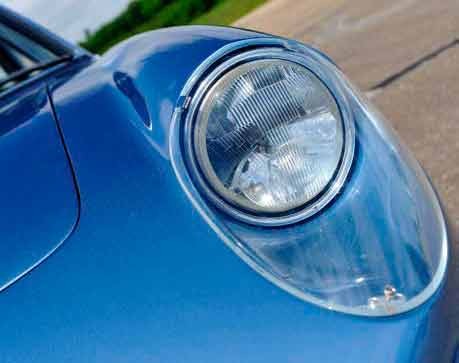 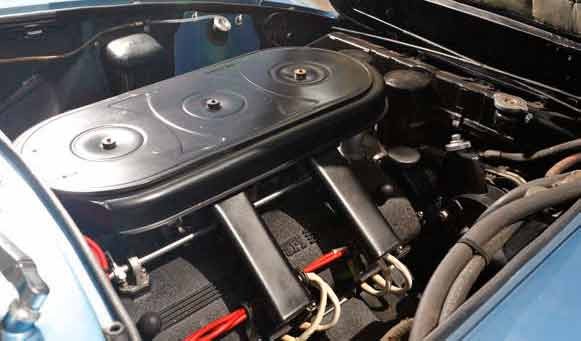 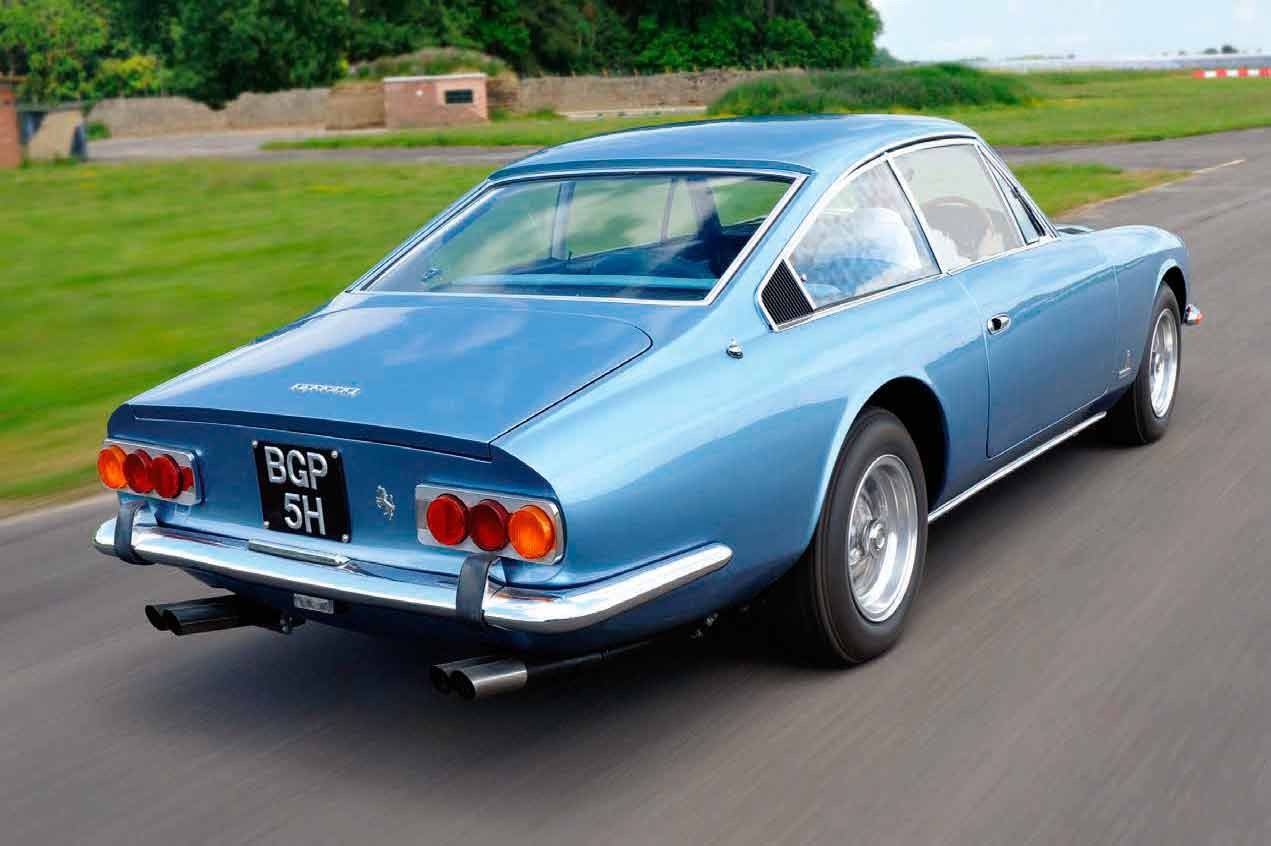 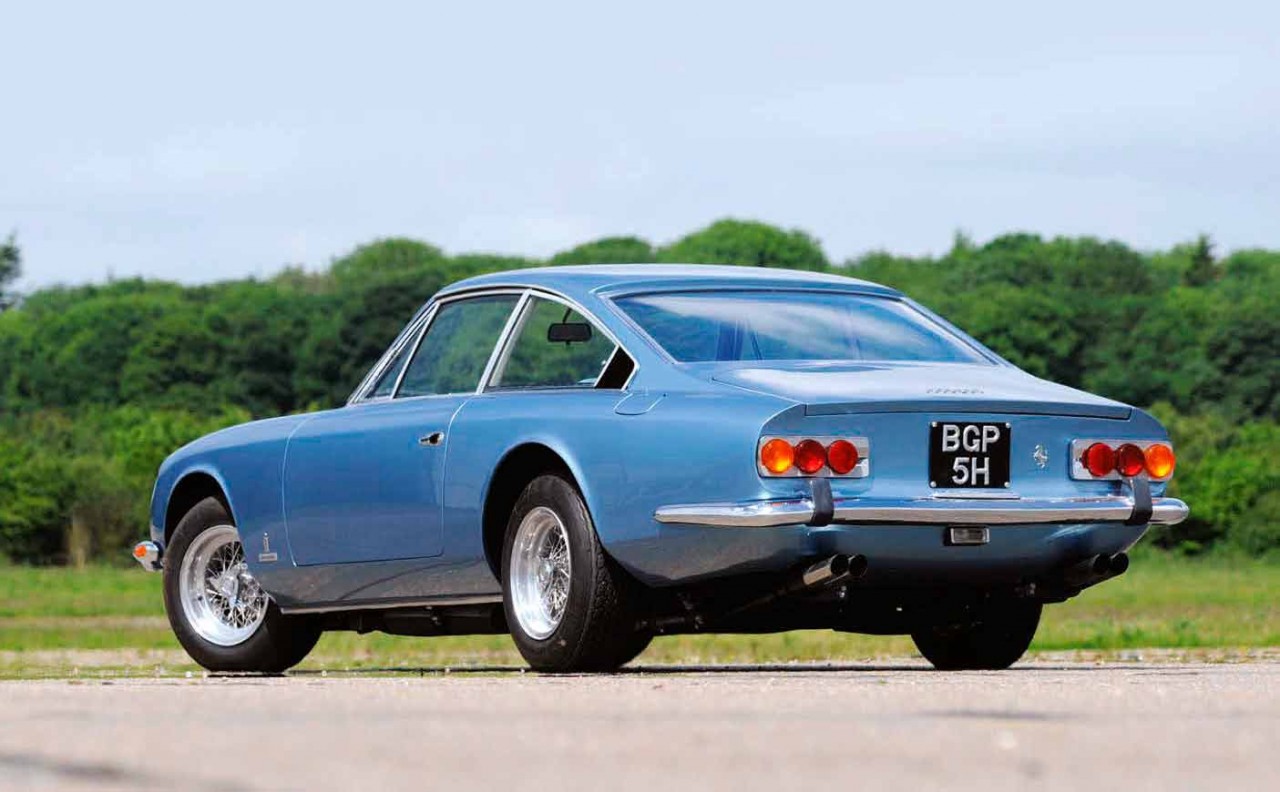