1987 BMW M5 E28 right-hand drive South Africa test drive. Offering supercar performance with four-door comfort, this hyper-sports model is in a league of it's own. With a top speed of 250 km/h, it's the fastest sedan we've ever tested...

South African performance car fans are among the most pampered in the world. Relative to our country's size, we have a fantastic array of potent machinery to pepper our shopping lists, and for BMW's many adherents here, the choice is mouthwatering.

There's the exacting 325i E30 and 325i "S" E30 for the seat-of-the-pants types who put agility before rear passenger space. For the company top-dog with fire-in his heart there is the 745i E23, a limousine that has almost supercar get-up-and-go. And now, for the man who wants the fastest locally-produced full-sized sedan (and who can afford to pay for it) there is the M5. A simple title for a simple concept: the meanest, quickest, most enthralling car; ever unleashed by BMW SA. 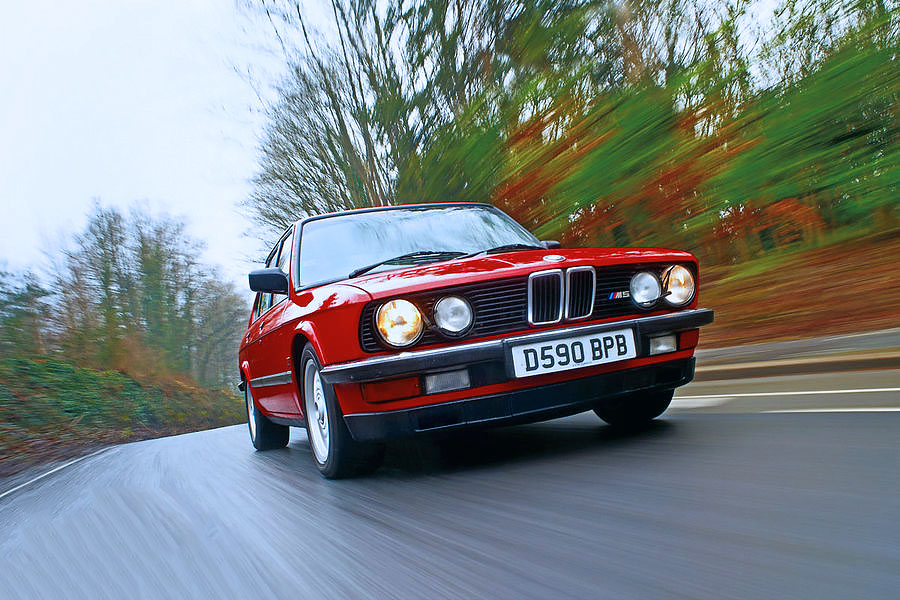 To give M5 owners an idea of how lucky they are, it should be noted that Britain has only been allocated 200 of these cars a year, while BMW SA is getting 100 a year, even though South Africa's new car market is only a fraction of the UK's in size. Moreover, the M5 sold here is the most up-market spec model available anywhere and European and British owners have to specially order all the BMW Motorsport division parts that are automatically ear-marked for "our" M5s, if they want them. The catch is that a South African M5. costs well over R100 000, but once you've run your eye down the vital statistics the shock value of that price tag tends to diminish.

When the average motorist views the M5 for the first time, there are two things he wants to know: "How fast does she go, mister, and - by the way - how much does it cost?" It is difficult to judge which answer causes the eyebrows to elevate more — the top speed or the price - but it's probably the latter, mainly because very few people can really relate to a speed of 250 km/h.

That’s right; on a level road, with two adults on board, an almost-full tank of fuel and just a whisper of a breeze in the air, our test-model BMW M5 E28, with a mass of 1580 kg excluding the drivers, cut through the atmosphere at a genuine 250 km/h. And at top speed, with the accurate rev-counter reading a shade over 6 500 and the speedo needle nudging 270, the big Beemer tracks straight and true, with just a touch of bucking on the sports-style leather-rimmed steering wheel to let you know that you are part of an exceptional occurrence. To put the car's speed capabilities into perspective, we checked on the maxima achieved by other road burners and after that, we were even more impressed. 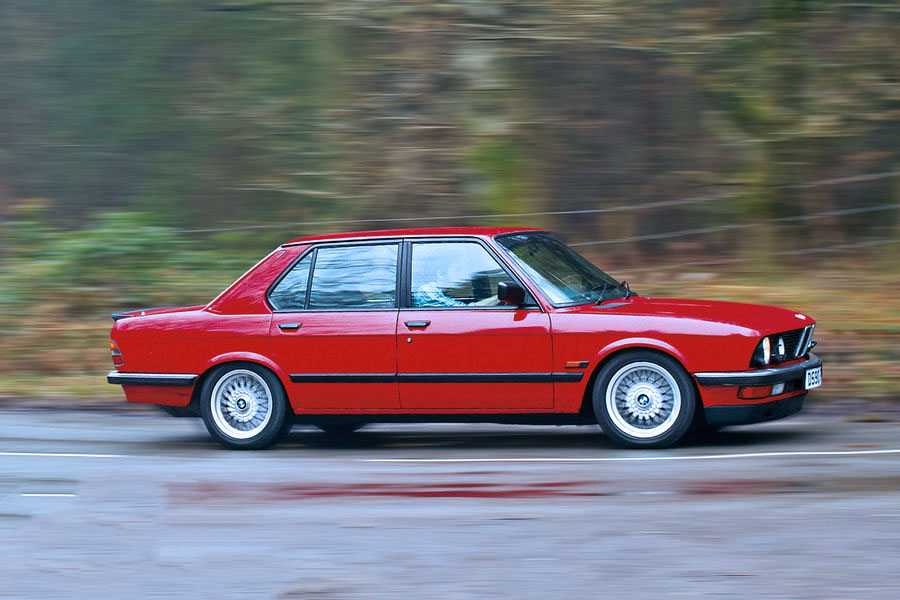 Visually, the South African M5 is the most exciting of its typo available anywhere. Whereas the European modols are fitted with BMW M535i-type wheels and a minimum of trim changes, the models produced here uses the massive 7,5J 16 inch alloy rims, front and rear spoilers and the side skirts from BMW's Motor-sport division, to create a radically different-looking pursuit missile. The engine fitted to the M5 is quite different from that used in the 535i E28.