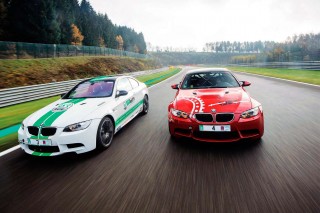 Lapping it up. We head over to Spa Francorchamps to sample Spa RSR’s standard and modified BMW E92 M3s. Lapping Spa in E92 M3s. We tackle the famous Spa Frorchamps circuit in a brace of RSRSpa’s E92 M3s and come away impressed with the cars and RSR’s offerings. Words and Photography: Steve Hall.

Blanchimont, Les Combes, Pouhon and, of course, Eau Rouge. The most iconic corner of arguably the most iconic Formula 1 race track of them all. With its combination of speed, elevation change and length, a lap of Spa Francorchamps is an incredible test of driver and machine. Winding its way through the tree-lined countryside of the Francorchamps district of the town Spa (hence the name), it’s picturesque in a manner alien to the new breed of modern purpose built circuits. It’s also a palatable three-and-a-half-hour cruise from Calais, making it realistically accessible for UK dwellers to take advantage of the many track events which run throughout the year.

It’s difficult to think of a more testing venue to experience RSRSpa’s Standard vs Modified programme, and we have a pair of E92 BMW M3s at our disposal for this test. Conceived by RSR boss Ron Simons as the ultimate way to demonstrate the difference wrought by track focused upgrades, the programme gives you six laps of Spa in each car with an instructor to guide you round the circuit. And if six laps doesn’t sound much, consider that Spa is the longest track on the Formula 1 calendar, – a 4.352 mile lap – making it twice as long most UK track day venues. With so much to learn from car and circuit, six laps is plenty.

The day starts in relaxed fashion as we gather around steaming hot tea and coffee dispensers and wash down the abundant snacks on offer. Briefing done (a nice sensible, grown up affair), we head out first in the standard car, a 2010 E92 M3 DCT. The dual clutch transmission is absolutely the correct gearbox for this role, removing any possibility of missed shifts, allowing the driver to focus on perfecting lines and getting a feel for the car. Technically, we’re not quite in a standard car as the OEM brake pads have been upgraded to Dixcel R23C (front) and Dixcel Specom Alpha (rear), as much to improve durability as performance – an understandable concession for a 420hp coupé weighing over 1800kgs with passengers and fuel.

The OEM alloys have also been replaced, but in this case it’s simply to preserve the valuable originals, the replacement wheels carrying the same weight and dimensions but without the hefty price tag. It’s been a while since I last drove an E92 M3, but after a lap to bring everything up to temperature, I’m reminded just what a sensational engine the screaming S65 V8 is. Here on track with a seven-speed DCT ‘box to keep it percolating at the optimum rev range, the scalpel sharp throttle response, scintillating rush over the last 1500rpm and pure V8 sound are an absolute joy. And whilst the lack of torque compared to the M4’s turbo motor would make itself known on the road, here we can keep the V8 spinning in its optimum range beyond 6000rpm; I dread to think how much fuel we burn, given the S65’s thirst on the road, but that’s not my problem today! 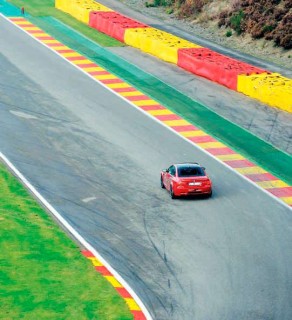 As you’d expect we’re running with all stability systems on, and whilst you can feel a few tenths slipping away exiting some of the slower corners (where a little slip angle would be faster), the systems do a sterling job of keeping things neat and tidy in the faster stuff. Given the ‘arrive and drive’ nature of this programme, it’s a sensible measure that doesn’t detract from the fun. With plenty of encouragement from the instructor, you find yourself driving as neatly and precisely as possible, trying to extract as much speed as you can without triggering the systems. In fact I cannot recall being encouraged to push harder on a track event for a long time, the instructors seemingly just as keen as I am to get the most out of my laps.

The M3 feels good round Spa, proving fast down the straights, displaying a lovely benign balance (even when I overcook the entry to Les Combes), and proving an immersive and enjoyable ally to get to grips with Spa. Being a road car, it naturally errs towards a little understeer and you can feel the weight and softness in the chassis particularly through the many left-right transitions where you have to be really smooth with your inputs to allow the car to settle. It’s a great introduction though, and you can see why an E92 makes a terrific daily, with the ability to play occasional track day tool straight out of the box. 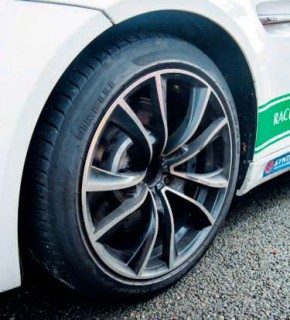 But I don’t need to turn a wheel in the modified car to know that relatively simple changes can make a huge difference to the driving experience, because the simple act of ditching the heavy standard electric seats in favour of a pair of Recaro Pole Position ABEs instantly connects me so much better with the controls. I’m seated several inches lower, and being clamped in place with the aid of a Schroth four-point harness means I can allow the seat to hold me in place rather than using the steering wheel and wedging knee against door to combat G forces as in the standard car. The sense of connection instantly allows you to feel more of what the chassis is doing, placing you more in control. The modified car also ditches the rear seats, allowing fitment of a Wiechers half cage to stiffen up the shell and provide added safety should the worst happen.

The S65 gains an insignificant 3hp and 3lb ft, but a very significant upturn in acoustic quality thanks to the Akrapovic Slip-On Line Titanium exhaust. The 14kg saving will certainly count more round here than the power, but it sounds fantastic – rich, exotic and boisterous enough without being anti-social or breaking track noise limits. Dynamically the most significant changes are the KW Coilover Clubsport two-way adjustable suspension kit, BBS CH-R 19- inch wheels and Michelin Pilot Cup Sport 2 tyres which work in unison to give the chassis a level of precision and response well beyond the standard car. RSR hasn’t gone all out in terms of choosing the most aggressive setup so it’s still usable on the road (a road element of the experience is an option), whilst retaining the benign characteristics of the standard car, but on track the improvement is stark. 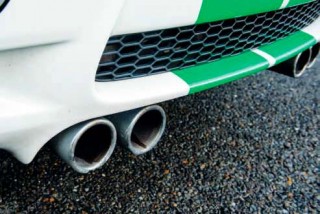 We don’t have precise figures but with the combination of seats, wheels and exhaust it’s safe to assume around 100kg of weight loss – not to be sniffed at, and of course the wheels lose weight in a critical area. Combine that with the new suspension and the modified car is on a different level. Depending on driver, Spa lap times see an improvement in the region of seven to eight seconds, but the real story is just how much more enjoyable the modified car is to drive. Where some of the transient corner combinations required a delicate approach in the standard car, I can really attack the direction changes here, knowing the car will keep up. Braking into slower corners feels more precise, the car stable on turn in with less lateral yaw and a faithful response from the front tyres, whilst through high speed stuff – particularly the fast Blanchimont left hander – that stability inspires confidence to push harder. With an emptying track I’m really finding a rhythm, revelling in the modified car’s ability to be driven hard without compromise. This time, six laps seems nothing like enough. By now I’ve virtually forgotten about the standard car I was quite smitten with just 40 minutes prior…

Which is probably exactly what RSR boss Ron Simons had in mind when he conceived the programme. Looking at parts in isolation tells you very little, but being able to sample them back-to- back against a standard car offers a perfect demonstration of what is possible. The €1995 fee gets you access to one of the most enjoyable driving experiences you can have on a track which truly deserves its legendary status. The package includes not just the laps in the car but instruction, helmet hire, and a USB video of your laps from the on board Race Navigator system so you can play data engineer and compare your lap times and apex speeds. We wholeheartedly recommend the standard vs modified experience, and can’t wait to try the exciting new M4 programme coming for the 2017 season. 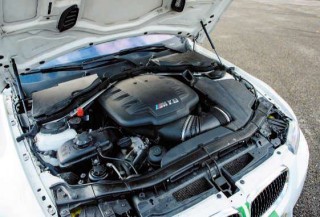 Steve Hall has not set their biography yet