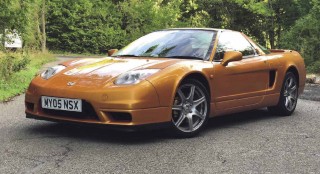 It’s been 27 years since the original NSX shook up the supercar industry, but how does it stack up today? Words: Matt Bell.

Road test Honda NSX NA2  A supercar-slaying legend and one of the very few Hondas to steer from the rear.

When Honda unveiled the NSX almost 30 years ago, it did so without the reputation it has today. In 1990, Honda was simply the Japanese manufacturer known for producing small hatchbacks and clever technology. It had a presence in motorsport of course, but here in the UK at least it was yet to make the impact in the performance sector that we’ve come to revere since the turn of the century. 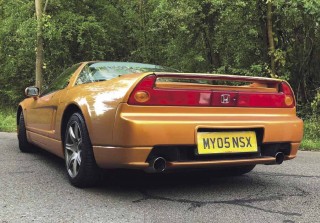 How could a manufacturer with such little know-how produce a car with such breath-taking capability? There are a couple of factors here, the two main ones being its engineering expertise, and a chap named Ayrton Senna. There’s some dispute as to how much input Ayrton had over the actual production car, but the story from Honda goes: “The chassis was perfected at Suzuka, with development input from F1 World Champion Ayrton Senna, who convinced us to stiffen the NSX more than intended and helped to set up the rear suspension geometry to provide uncompromising traction.” I’m happy to accept that at face value having first hand experience of the NSX. The suspension setup is superb; arguably the best I’ve felt from a factory car, and most certainly on any from that era.

It was built with the intention of being a genuine Ferrari 348 rival, and that’s just what it was. In fact, Ferrari were so concerned with how good the NSX was, they eventually replicated the gearbox layout. But the biggest point here is the fact that it was so easy to drive, live with and was genuinely practical. The rear boot opening is large enough for your shopping, you and a passenger can travel comfortably and the suspension has the perfect amount of comfort on the road when travelling long distances.

Run through the specifications of the NSX in NA2 form and you’ll be slightly underwhelmed with the figures when compared to modern day standards. Point and example; 290bhp from a 3.2- litre naturally-aspirated V6 featuring VTEC, 1400kg, 0-60mph in under six seconds and 168mph top speed. Take the current production Civic Type R FK8 and compare the figures and you’ll see just how far modern standards have come; 315bhp from a 2.0-litre turbocharged four-cylinder engine, 1400kg, 0-60mph in under six seconds and 169mph top speed. While they may share the same specifications, the two cars couldn’t be more different. For one, the NSX sounds superb. Revs climb to 8,000rpm, with peak power not arriving until 7,600rpm; it classifies as a definitive VTEC engine, rather than a turbo-assisted system. Push on and reach for the revs and the car will respond in a beautiful manner. It suffers from a lack of low-end torque, as per all proper VTEC engines, and you have to work the gears to extract all of the performance, but there’s a satisfaction to it. Slotting home third, then fourth and fifth, climbing towards the redline each time leaves a spine-tingling soundtrack and performance to match; it feels a whole lot quicker than its sub-300bhp figure would have you believe. 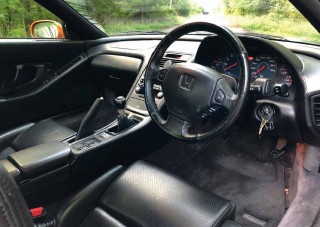 This one handles brilliantly too. Show it a corner and the front end turns in with purpose, the nose guides the rest of the car round, with the smallest hint of understeer. The steering is lighter than expected, given it’s a 2005 example. The NA2 examples were treated to power-assisted steering, while the original car went without. While assisted, it by no means distracts from the amount of feedback provided through the wheel. Under no circumstances do you not know where the wheels are in relation to the road.

Damping is perfect. Supercars and even sports cars are often criticised for being too stiff. While the setup is perfect on track, on the road you end up skipping across blemishes in the tarmac. The NSX however seems to absorb them in its stride, which gives plenty of confidence. The other upside to this is that it’s a genuinely comfy car. I drove just over 600 miles in a week, with a few motorway jaunts. The actual driving was a doddle, the seats are supportive, the ride is comfy, the cabin is genuinely roomy and noise inside is kept to a minimum. There’s a reason Honda marketed this as the everyday supercar - because, in truth, it is. Daily driving the NSX was as easy as driving a Civic. Only you better be prepared for the endless supply of attention, with people genuinely jumping out at traffic lights to take pictures.

It was a rare car in its day and even rarer today. Imola Orange helps with the allure of course, but ultimately it’s the spectacle of the whole car, people out-rightly adore it. For me, Honda created a superbly unique car that is as enjoyable to drive today as I imagine it was in its day. It breathed fresh air into a market saturated with Italian ‘soul’. Honda promised an everyday supercar, and that the NSX would tingle your senses. It did just that, and more. It forced the likes of Ferrari to up their game; the power of dreams.

You’ll need to be in a good position to get your hands on an NA2 NSX with prices sitting comfortably above £100,000. The car we borrowed form Honda has covered just 35,000 miles, bringing its worth to around £140,000. Prices for the NA1 NSX are much more ‘affordable’, starting around 40- grand. Budget £50k and you can get a well maintained example. As for the top of-the-line NA2 NSX-R, there are thought to be no more than five in the UK with prices sitting closer to a quarter of a million!

Introduced in 2002, the NA2 NSX moved away from pop-up headlights in favour of fixed lights. Honda also improved the aerodynamics, added larger front wheels and wider rear tyres while also stiffening the suspension.

The NSX-R NA2, had increased grunt but official figures have power quoted at the same amount as the standard car. It was significantly lighter, the final drive was modified, and a carbon fibre bonnet was fitted along with Recaro seats. A new front scoop and rear diffuser also improved aero. n The NSX was the first car to be built with an all-aluminium monocoque.

Weight-saving measures were taken so seriously that even the jack is made of the aluminium alloy! 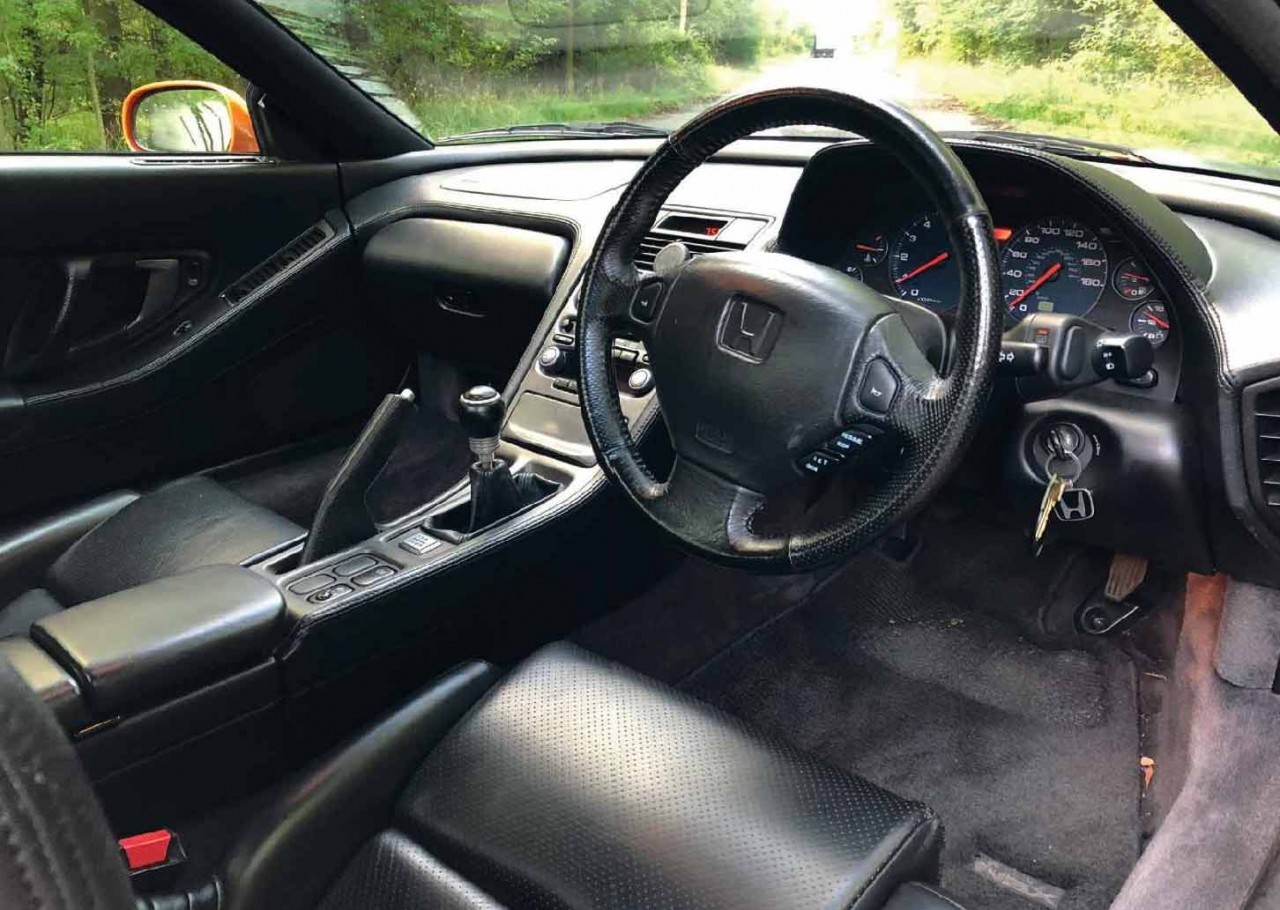 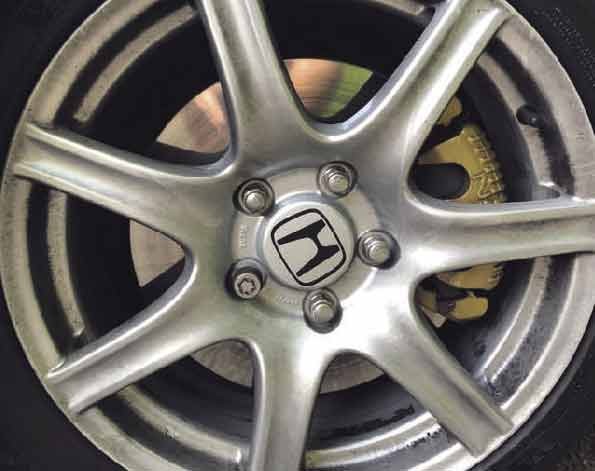 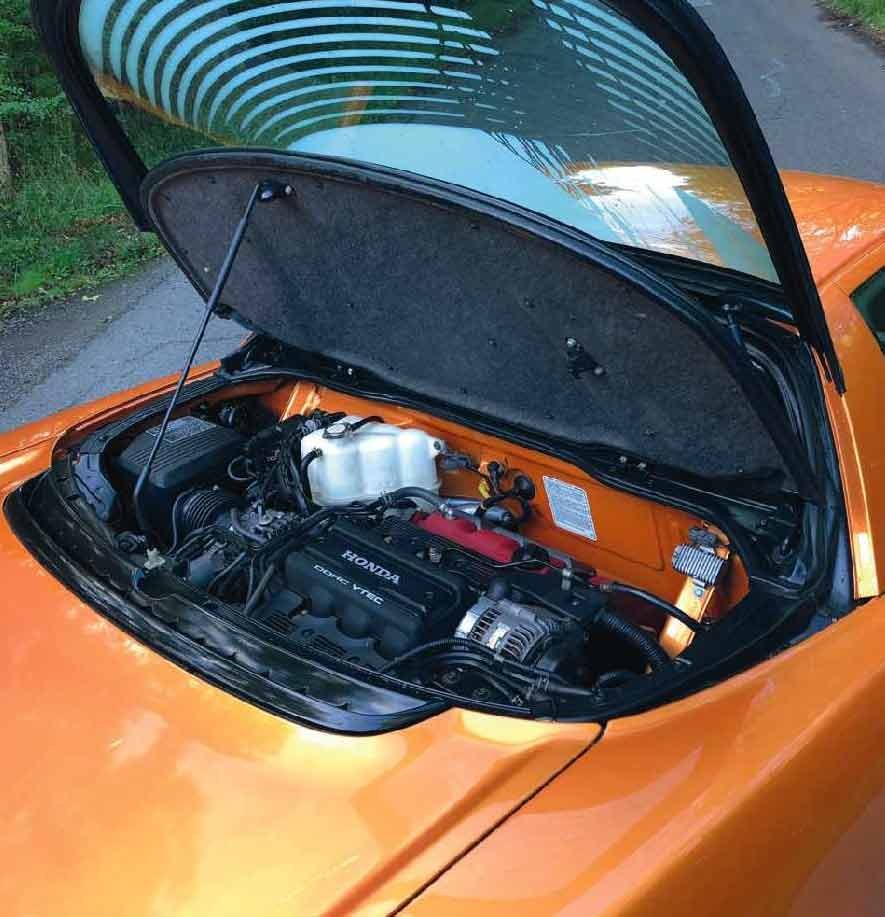 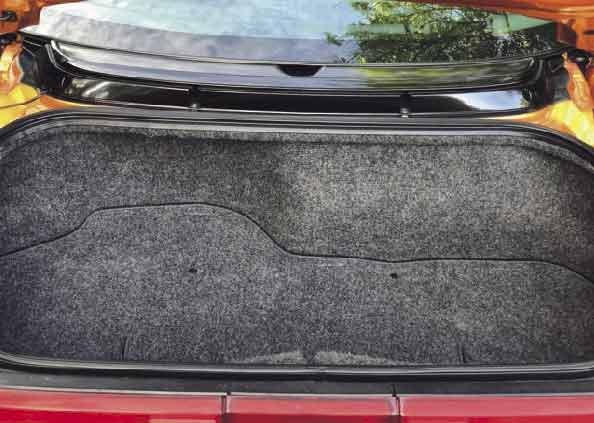 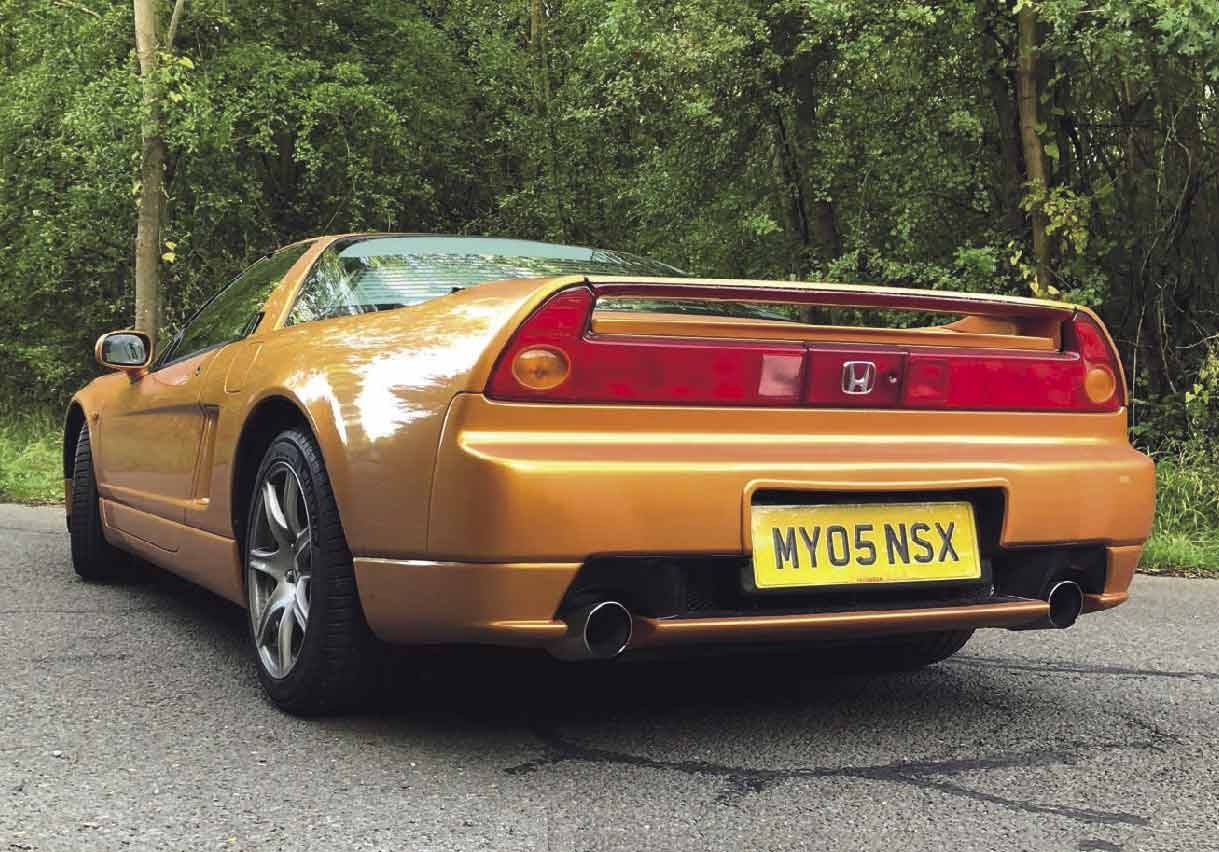 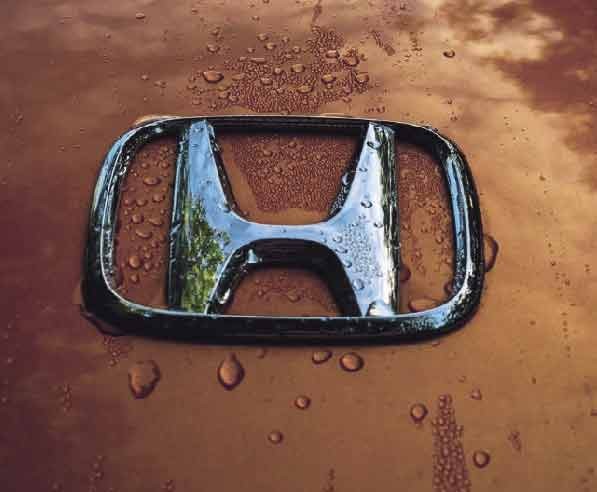 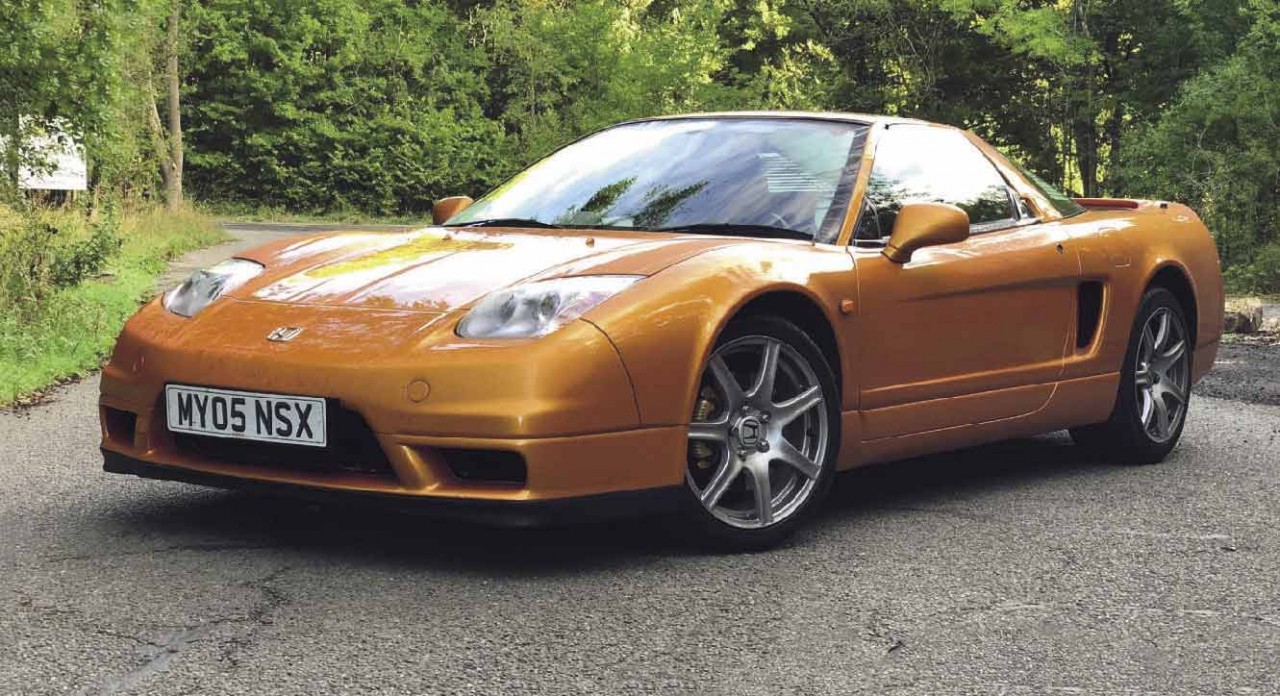 The bodywork and ‘cab forward’ driver positioning was developed after studying the 360-degree visibility inside an F-16 fighter jet cockpit.

POTENTIAL  While the regular car is brilliant enough, there are ways to extract more of its greatness…

There are a few household names on offer to choose from, Spoon and Toda being the main ones. Toda offer a titanium system that matches the NSX prowess to produce a brilliant soundtrack. They’re made to order and will cost around £1800 at today’s conversion rate. A manifold is priced at around £300 extra. www.toda-racing.co.jp

Yes the ride is supreme but if you’re after a sharper focus on performance (without ruining the ride), you’ll have to spend a decent amount of money to get there.

Tein Mono Sport coilovers balance performance with comfort as well as a huge degree of adjustability in both height and damping. www.tein.co.uk

VTEC engines have always responded brilliantly to the installation of performance induction systems, and the NSX is no different. The 3.2-litre V6 is brought to life with the introduction of any kit that helps enhance that intoxicating noise. For around £900 you can get a luscious GruppeM carbon kit. www.gruppem.co.jp

For some the lack of height adjustability on the seats hinders the driving position. A set of Bride Stradia series seats, which lean on the side of comfort, are supportive enough for hooning. But, most crucially, are specifically a low seat. A set will cost around £2000, and are well worth it! www.bride.co.jp