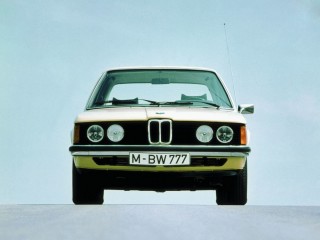 Father's Day 2019 coincided with Bloomsday, my wedding anniversary and the fortieth anniversary of the release of Joy Division's album, Unknown Pleasures. It also coincided with my eldest daughter rolling one of my cars through a hedge and youngest daughter's bedroom ceiling being pulled down as part of a Victorian house restoration project. It was the opposite of all those "perfect Father's Day" TV ads and one of the least relaxing Father's Days I can remember. But I would still describe it as a decent weekend.

Having had a dad for over fifty years and been a dad for twenty, fatherhood has dominated my life experience. Born in a flat over my dad's music shop, I'm the eldest of six kids. The next child didn't arrive for a couple of years, and that space allowed a close bond with my parents: especially my dad.

Back in the day, my dad was quite cool. Starting with one music shop, he added six more, selling everything from sheet music and instruments to recorded music, TVs and hi-fi. He played several instruments and was well known in our part of the world. He spent a lot of time travelling and took on agencies for many American instrument brands. Shipping containers of products direct from the USA meant that we kids also ended up with a lot of American toys and clothes when such things were hard to find. It was a privileged and colourful childhood.

As we got older, business success and dad's passion for music demanded more of his life and we began to see less of him. One-to-one time shrunk to occasional school runs, Match of the Day on a Saturday night and all day on Sunday, when we would drive into town for an early mass before crossing to the newsagents for papers for him and a comic or car magazine for me. Then we would head home for breakfast, hand wash the cars and dry them off with a drive before lunch.

My dad loved cars: his best friend was a car dealer. We owned a Mercedes-Benz 250SE through my childhood, until, in 1978, dad bought his first brand new BMW. New cars were rare in Ireland back then and new BMWs were almost unheard of. Dad's first was an E21 320 Auto in Biskayablau, on Alpina-style wheels with a manual sunroof, blue cloth trim and the all- important Cibie spot and fog lamps. Switching from our ten year-old Merc - a comfortable cruiser but a much softer car - to the turbine-smooth, two-door BMW was like climbing from a Cessna into a spaceship.

The BMW's aggressive nose struck a chord with my father, as speed became an ingredient after that time. The sharper chassis was obvious from the passenger's seat and the opening of a twenty-mile stretch of (usually deserted) dual carriageway from Limerick to Shannon Airport inevitably led to many high-speed runs as part of our Sunday morning drives. That car underpinned many special times with my dad led to my own fascination with the BMW spirit. I was not the only one turned on to the brand: my brother and youngest sister have only ever driven BMWs.

I began my own life as a dad in the same head-down, hardworking way as my dad, but soon discovered the downsides of missed school runs, dance shows and birthdays. I decided that building a business could wait until the kids left home and switched to working fewer hours, focusing on bringing more of the moments I enjoyed with my dad to my own father-daughter relationships and sharing as much time as possible with them. BMWs have played a large part in that.

Across Father's Day weekend in 2019, there were several radio shows discussing Bloomsday - the annual celebration of Irish writer, James Joyce - and the Unknown Pleasures anniversary. Joy Division's disruptive debut with atmospheric sounds, avant-garde production and deeply existential lyrics shocked me out of complacent seventies chart music, while Joyce's unconventional prose, with visceral imagery and scant punctuation flipped my grip on books and spoken word. Forty years later, the energy from these imperishable icons is undiminished.

Hearing Joy Division and reading Joyce for the first time led to profound changes in my consciousness, as did my first drive in a BMW - being enveloped in what seemed like an entirely emotional four- wheeled experience. I feel few formative experiences as keenly and many readers have shared similar stories throughout my career. Today's designers face an incredible challenge to inspire the same lifelong passions: hats off to them for their courage.

One of John’s early BMW encounters was with the E21 3-Series...