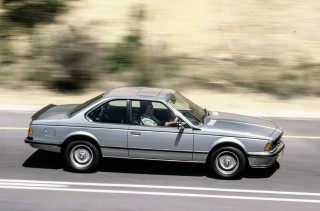 Bring Eighties excess back with the sleek 6 Series. Two-door coupés are always special. The sleek looks marry well with the rarity factor and many are rapidly become sought-after classics. Following the 630CS and 633CSi coupés of the 1970s, the 635CSi arrived in 1983. On the charts for seven years, the 635CSi and M635CSi were phased out in 1989 and replaced by the all-new 850i E31. These were days of big-engine rivalry and, with a car such as the Jaguar XJS boasting a 5,3-litre V12, BMW upped its cylinder game and the 850i made a switch from the traditional straight-six to a 5,0-litre V12 (M70).

While two doors sometimes mean limited interior space, this BMW offered seating for four and a 410 dm3 boot that could fit a week’s worth of holiday luggage. Headroom in the back was good, but legroom restricted.

One of the great features of both older BMWs and Mercedes-Benzes was the comfort of the seats. No unnecessary electric motors or massaging systems; just good support, quality leather, generous proportions and lots of adjustment.

Trip computers were a special feature in the early 1980s and the top BMWs were quick to add these and other gadgets to make the cockpit look more like that of an aircraft, right down to the red instrument-cluster backlighting.

Top-quality white-on-black dial lettering has still not been beaten for clarity, while LED strip lighting indicated the need for a service, which was also a novelty feature (except, of course, that you had to get the BMW dealership do the resetting). Later on, clever independent mechanics managed to figure out how to get around this.

The 1970s and ‘80s saw a fueldelivery system that abolished the carburettor to lawnmowers and generators only. The company of choice for fuel injection was Bosch. While older models used the mechanical K-Jetronic and electronic L-Jetronic, the 635CSi used the latest Motronic system that did service in many cars well into the 1990s.

In these days of eight-speed autos, it is strange to think that the capable ZF automatic transmission had just three forward ratios. This gave our test team performance ­figures of 9,0‑seconds to 100‑km/h and a top speed of 211‑km/h. Great for the time, but merely average by today’s standards, of course. At 1‑430‑kg, the CSi was relatively light, especially when you consider that a recently tested 2016 BMW 730d G11 tipped out scales at 1,890kg.

WHAT TO WATCH OUT FOR

When searching for a 635CSi E24, try to ­ find one from an inland town, as it would have been less prone to rust than a coastal one. Engine parts are available, but becoming increasingly scarce.

Look out for cracked facia plastics, rust around windscreens and door sills, as well as non-working electrics on mirrors and windows. Steering was also by ZF using ball and nut, while the suspension was independent all-round with dual-jointed half axles from the diff to the driven wheels.

Generally, 635 CSi’s are well maintained and few scrapped, so there should be one or two available at any time. Expect to pay a similar price to the original one for a great example.

Clockwise from below the sporty BMW cockpit was arguably the best in the business; straight-six engine remains a beloved feature, even in modern BMWs; clean lines accented with a small plastic spoiler; the 6 Series struck a great balance between comfort and control. 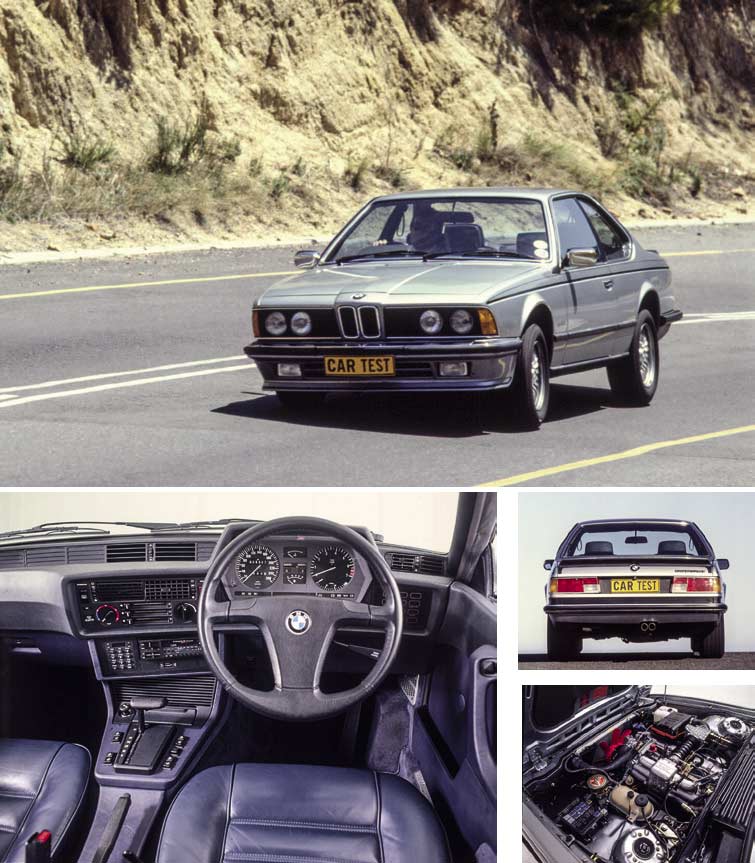 Manufacturing of the 6 Series bodywork started at the Karmann factory, but was subsequently moved fully inhouse to Munich.

Thanks to a trip computer and other gadgets, the cockpit looks like that of an aircraft.