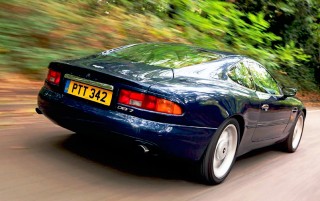 Aston Martin DB7 The model that saved its maker has earnt its classic status, claims Malcolm McKay, but its problems can be costly to rectify Photography Tony Baker. Buyer’s guide to what could be the last affordable Aston.

The late, great, Walter Hayes was the saviour of Aston Martin in the early ’90s, appointed chief executive by Ford to sort out an acquisition with such tiny production lines the US giant couldn’t possibly understand it. The DB7 was styled by Keith Helfet and Ian Callum, and engineered by Tom Walkinshaw’s  TWR Group using a high proportion of parts from Jaguar, which was also owned by Ford at the time. The car was unveiled at Geneva in ’1993 and in production the following year, at a factory in Bloxham where the XJ220 had been built. 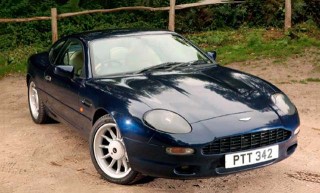 TWR took the Jaguar AJ6 ‘six’ and added an Eaton supercharger to produce more power and torque than the venerable Aston 5.3 V8. With judicious use of composites in the body to keep weight down, it gave superb performance overlaid with an evocative whine. TWR also did a tremendous job of developing what were basically XJ-S underpinnings to achieve rave reviews for handling from testers at the DB7’s launch: not bad for a set-up designed about 35 years earlier.

Though the car had rear seats, they were for emergency use only – legroom didn’t exist with a tall driver, headroom was inadequate for adults and children found them too low to see out. Back seats were even more pointless in the Volante. Despite criticising wind noise and a lack of detail refinement, Autocar declared that the DB7 joined ‘the McLaren F1 in re-establishing Britain at the cutting edge of specialist car making’.

Aston did make rapid improvements, claiming that 600-plus new parts were developed for the Volante, of which 200 were also fitted to the coupé. The Volante structure was stiffened and suspension softened to mask any scuttle shake: it succeeded, and the electric five-layer hood was super-effective and looked great up, though its manually fitted cover was fiddly and often lost. The arrival of Jaguar’s XK8 forced Aston upmarket because it couldn’t compete on price.

Ford contracted Cosworth to meld together two Duratec V6s to make a new 6-litre V12 that put Aston back at the top of the tree, aided by a six-speed Tremec manual ’box. ‘Only Lamborghini makes a V12 that sounds better,’ said Autocar. Suspension was uprated all round and the shell was stiffened: it worked so well that the earlier DB7s suddenly seemed inadequate. The last are best and the ultimate Zagato – shorter, sharper, with exquisite echoes of the DB4GT version – rounded off DB7 production with a flourish.

2 Suspension top mounts and behind dampers

On the straight-six, the oil coolers for the engine and gearbox can leak so check the levels, while timing-chain tensioners can fail and destroy the unit (rattles mean urgent replacement is needed). V12s are prone to radiator thermostat failure, and hoses collapsing on the inside, both causing overheating. Examine service history in detail.

Inspect the leather seats for damage. Tall drivers may find the driving position cramped, especially on early cars, and rear seats are only practical for luggage.

Eaton supercharger gives a great spread of torque and is reliable if kept oiled; the bigger intercooler on ‘Works Prepared’ cars leads to overheating: best removed.

Transmission wiring chafes between body and gearbox on auto sixes, leading to shift problems. V12 auto ’box cooling system can leak into unit and wreck it.

Headlight misting can be cleaned by removing lamps; the unit costs £1058. Electrical faults are costly to fix: c£1500 to replace a window motor/regulator.

A good DB7 is exhilarating to drive, while delivering the driver cool and unruffled to their destination: anything less may need considerable expenditure to regain its (and the owner’s) composure. Few specialists can fix early Zytec systems; these cars have many differences, including the unique brake master cylinder whose spool valves for each circuit stick: an Aston exchange item is £4500. New calipers and so on often hide the fact that the true fault hasn’t been resolved.

Service history is vital, backed by proof that the car has not just had oil and filter changes for years. On the ‘six’, look for a cracked exhaust manifold and listen for timing-chain tensioner rattle; if short of power, the intercooler may be clogged. The most visible filler cap in the engine bay is for the intercooler: if the level is low, it may be leaking into the inlet manifold, which is costly to fix. On V12s, a misfire is probably a failed pencil coil but should be properly investigated.

For both, check all fluid levels and condition – avoid cars with incorrect coolant and low, dirty oil levels. Questions might include: has the rear axle oil been changed every 30,000 miles? The dual-mass clutch on the ‘six’ is unobtainable, necessitating a new flywheel and clutch kit (at least £2700 plus fitting). Front top suspension mount bushes deteriorate, plus wheels and tyres are costly: uneven wear is a good indicator of other issues. Check Volante soft-top for operation, and wear on the rear three-quarter area; a good trimmer can repair it. Genuine Aston soft-tops are expensive, but quality aftermarket items can be supplied and fitted for less than £2000.

Stunning lines of DB7 have barely aged. “It still has a certain cachet and commands respect on the road,” says owner Martin.

Multiple-classic owner Martin has mixed feelings about his ’1997 DB7: “I bought it in 2000, with only 2500 miles. For three years, I did 15,000 miles annually, commuting from Calais to Rotterdam, often hitting 150mph. I had my fun, but fell out of love with it because it’s so badly made, although my wife won’t let me sell it. The cabin is too small for me and I’ve spent thousands on the air-con, which still doesn’t work. It eats tyres in 5-10,000 miles and, unless you keep the drain free, the fuel filler floods with rain water that gets into the tank.

“In 61,000 miles, the engine has given no trouble, but we’ve rebuilt the front suspension – it had dropped – and fitted an uprated antiroll bar. It costs about £5000 a year to run.”

The last air-cooled 911 is more sought-after than first water-cooled one. Both are compact 2+2s, with strong performance, coupé/cabrio and AWD options. Durable; pricey to fix when worn out.

For Keenly priced; not too high mileage

Against Missing its engine covers

This Vantage Volante has obviously been nicely kept. RetroMarques sourced it for its present owner in 2014 with only 40,000 miles. There are 10 service stamps up to then, plus bills since. Suspension work included rear bushes in ’14 and recent front springs – this is Ford-era, after all. It’s had paint to both ends, but there seems to be no corrosion in the rear wing skins or the front inners. There’s a tiny bubble on the nearside rear arch and it’s silver so there’s a slight mismatch. The floors and sills are straight and the chin isn’t scuffed. The exhaust is stainless, and sound, and the wheels have been refurbed.

Inside it’s all smart, with the usual nicks and scrapes in the driver’s door and pull leather. The seat hide is lightly creased, the dash veneers good and the footwell carpets new. The hood has just been deep cleaned, and looks too fresh to be the original, but there’s slight rust on the cant rail.

The motor was serviced at MoT time in June, at 60,021 miles; the fluids are clean and to the right levels. It starts instantly, with no smoke or nasty noises, but there’s some murmur from the belts or tensioners. The suspension is supple, with no clonks, gearchanges fluid and the brakes pull up straight. Oil pressure is 6bar at 4500rpm and 4bar at 2000, with temperature mid-gauge. The power hood and windows work perfectly, plus the air-con blows cold. It comes with the AM trickle charger, toolkit and an MoT until June.

Body looks sharp; lots of tread on Pirelli P Zeros all round. Interior in excellent condition, bar a few minor blemishes. V12 is leak-free and tidy, though lacks its beauty covers.

Now could be the time to buy a DB7, but cheap ones could be costly to sort; autos go for c20% less.

Like all Astons, the DB7 (notably the Vantage) is a highly strung, sophisticated thoroughbred that likes neither huge mileages nor standing around. Look for a wad of bills and budget to maintain that. Try to find a car that has been cossetted and used. Collectors are snapping up mint sixes and special editions, but run-of-the-mill V12s may continue to depreciate.