Charged 650HP E92 M3. There are almost an infinite number of ways to tune an E92 M3 these days, but in terms of drivability, fun and flying under the radar, we reckon this one is just right. Words and photos: Chris Nicholls.

It’s easy to forget now, but when BMW launched the E92 M3 back in 2007, there was a bit of a brouhaha over what it represented. It was quite a bit larger than the E46 that preceded it, had been styled under the infamous Chris Bangle and, horror of horrors, it had a V8. ‘What is this abomination?’ some cried in anguish. ‘How can it be an M3 when it’s that size and has a V8?!’ others wailed, seemingly forgetting that the E30 M3 didn’t come with a straight-six either. Of course, all the naysayers were proven wrong the moment they actually got to drive the latest model and found it was incredible, with its raucous V8 (which weighed 15kgs less than the beloved S54), sharp handling and stunning level of depth and polish. The fact you could actually fi t two real humans in the back now was merely the icing on the cake. 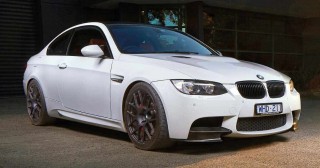 What’s more, the E92 has stood the test of time, both aesthetically and mechanically. The M3’s styling wasn’t really all that shocking even back in 2007, given the base 3 Series had to be relatively inoffensive compared to the performance models anyway, and compared to today’s F8x M3 and M4, it’s actually very subtle. A few vents, bulges and carbon roof aside, you’d be hard pressed to tell it apart from any other 3 Series, and there’s little doubt the average punter wouldn’t even think it all that sporty. Of course to many of us enthusiasts, the shape is plenty sporty, thank you very much. The ‘flame surfacing’ curves come across as lithe and athletic today, helping to shrink what is, even by modern standards, quite a large car, and while the M3 body panels may not scream ‘performance,’ they certainly say it loudly enough to be heard. That awesome, high-revving V8 is every bit as impressive as it was back in 2007, with a sensational top-end and spine-tingling soundtrack and the beautifully-balanced chassis is simply sublime, making this a true driver’s car. 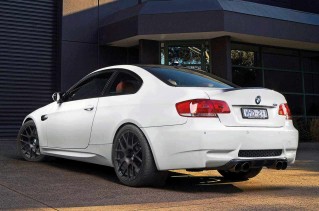 So, understated good looks, a brilliant mechanical package and practicality for days. What’s not to love? Australian Mark Ruff certainly felt that way when he bought this particular manual Alpine white example back in 2007, soon after it launched. “I’ve owned BMWs for many years and when the E92 was released, I fell in love with it instantly and had to own one,” he says. “I purchased it with the intention to travel long distances and also to be used as a daily driver. For me, I felt the M3 did the best job of combining both comfort and performance.” This is a sentiment many E92 owners share, and the fact the press praised it almost universally upon launch showed just how right BMW got it. However, while the E92 remains, in stock form, one of the best all-rounders in existence, it’s not perfect, and with the M3’s resale value dropping, Mark saw it as the perfect opportunity to improve it in a few key areas.

First off, the engine. Now, not many people will suggest the S65 offers terrible performance, but it does lack a little low down torque, so after doing his research, Mark and the team at Southern BM (who built the car), decided on an ESS VT2-625 kit. This proven item would give them an easy 625hp and do so without any hassles, seeing as it came with everything needed to make it work (including the re-flash software, alloy intake manifold, injectors, intercooler and mounting hardware). The fact it runs at a low 6.5-7psi means it’s hardly stressing the engine either, and the factory clutch, being twin-plate, is more than capable of handing that 205hp bump in power too. To round off the upgrade, they fitted an Akrapovic Evolution titanium exhaust, which not only helps maximise the performance gains (so the car is actually closer to 650hp), but also sounds the business. 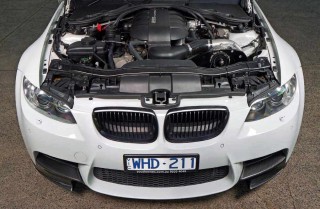 Next up came the brakes. While the stockers are adequate for daily use and the occasional thrash, long periods of hard flogging have them crying foul, hence the need to upgrade. While there are plenty of big brake kits available for the E9x, Mark decided the AP Racing Radi-CAL kit would offer the best combination of light weight, performance and relatively low cost. Given he doesn’t track the car, they’re perhaps overkill, but it’s always nice to have more braking power than you actually need. To round out the chassis side of things, Mark also got Southern BM to fit a KW sleeve-over kit (a height-adjustable lowering spring set that’s designed to work perfectly with factory dampers, including maintaining EDC), and bolt up some 19” Vorsteiner V104 monoblock wheels, complete with P-Zero Corsas.

Again, you might see Corsas as overkill for a street car, but Mark pushes the car hard on occasion, and very few people ever complain about having too much grip, especially when they’re pushing well over 600 horsepower towards the rear wheels. Appearance-wise, the sleek E92 shape is left almost completely alone, as there’s very little wrong with it in the first place and, in a country like Australia, heavy mods like GT wings and wide arches are merely going to make you a target for police anyway. No, as with the rest of the car, Mark wanted subtle improvements that preserved the base goodness of the E92, but added a level of extra spice on top. To whit, there are now BMW M Performance kidney grilles and carbon splitter elements, carbon bonnet vent surrounds and a custom-painted Vorsteiner carbon boot lid, which you’ll notice features an unpainted section on the lip spoiler’s trailing edge, just to show off what it’s made of. Inside, BMW M Performance pedals are the only enhancement, but given how nice the stock E9x interior is (and especially this particular example’s, with its lovely Fox red leather), that’s hardly a problem. 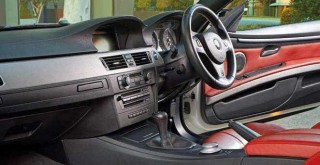 The end result is a car that takes every good aspect of the E92 and bumps it up in a meaningful way, while also getting rid of all the weaknesses. The ESS supercharger gives it easily enough urge to keep up with today’s high-end sports cars (and even a few supercars), and being centrifugal, maintains the linearity and high-revving feel of the S65, too. Meanwhile, the AP brakes get rid of what was probably the E92’s weakest mechanical link, and the KW sleeve-over kit means Mark gains improvements in both handling and looks, plus with the ability to change ride height should he so wish. As for the body and cabin, the E92 was hardly ugly to begin with in either respect, and the subtle changes made both inside and out mean it’s just that little bit tougher now, without shouting in your face about it.

It’s a lovely combination, and proves that you don’t need to go over-the-top when you have such a great base to begin with. Perhaps the best part is that none of these mods have changed the car’s reliability. Southern BM reports that it’s not needed anything apart from regular maintenance and consumables since the change, and while Mark admits the car is now more of a weekend toy than daily driver due to extent of the mods, it’s always nice to know your tuned car will start every time and do run after run through the twisties without any troubles. 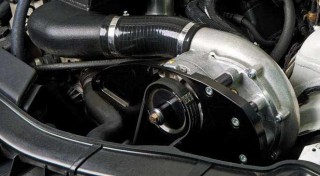 This of course begs the question: Is this the perfect car? That’s obviously hard to answer, as everyone’s definition of perfect is different. While there will be many who appreciate the subtlety and performance on offer here, there will always be people that want something louder, faster, harder and more in-your-face. But yes, for Mark at least, it’s perfect. It’s fast, but not too fast for public roads, it’s got a great exhaust note that isn’t obnoxious, and it’s also comfortable, practical and reliable. Just right indeed.

THANKS Southern BM for their help choosing and fitting the modifications, as well as taking care of the regular maintenance 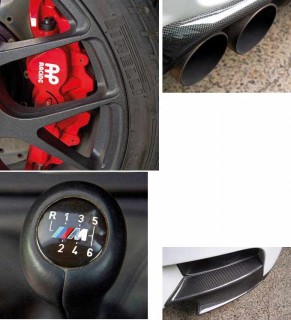 “Mark and the team at Southern BM (who built the car), decided on an ESS VT2-625 kit. This proven item would give them an easy 625hp and do so without any hassles”