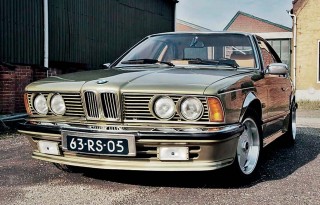 In 1975 Bayerische Motoren Werke ceased production of its celebrated GT car – the BMW E9. The car established a unique BMW sporting design language, one which is still echoed by the brand to this day. The following year came its successor, the E24 6 Series, a BMW that would remain in production for a staggering 13 years, and, in doing so, the E24 enjoyed the longest production run of any BMW. Nicknamed ‘The Bavarian Lion’, the E24 was designed by Frenchman Paul Brack, a man who started his career in Stuttgart at Mercedes-Benz. It was Brack who moved Mercedes away from the firm’s striking tail fins other prominent design cues of the 1950s, a look for which it had become well known, one that gifted to the world cars like the majestic 280 SL Pagoda. In the short time that Brack was the design boss at BMW he performed a similar about-face for the Munich brand – changing its direction of travel. Iconic BMW models such as the E21 3 Series and E23 7 Series emerged from Brack’s office during his tenure. However, many consider that Brack peaked with the E24 6 Series, arguably his greatest achievement during his BMW years.

When he bought the two-year-old BMW he had the entire car dismantled and repainted in Reseda Grün... 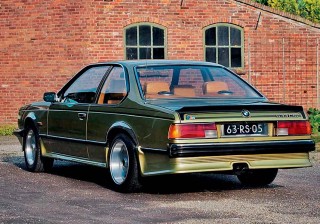 After he left BMW Brack was responsible for a few interiors for Peugeot after which he retired, so really his design career did peak in Munich. Though perhaps most similar to the 7 Series, the E24 6 Series was based substantially on the 5 Series. It came initially in two variants – 630 CS and 633 CSi. Later, a delicious 635 CSi was added and finally a lightweight 628 CSi. What you see here is a 1977 633 CSi, a rather unusual one at that... It was summer 2017 when we first got to know Dutch resident Alwin. After 38-years of cherishing, Alwin wanted to sell his 1977 E24 633 CSi because of a planned return to his home country of Suriname in South America – “for good” he adds when we first speak on the phone. “The roads in Suriname are just too bad for this car so I am selling it,” he explained.

We arrange to meet for a photoshoot with his unusual vehicle. When we arrive, driving by the typically Dutch architecture of bungalows and greenhouses there we see it... Sitting outside an old wooden barn with its doors flung wide is the beautiful, shiny, 6 Series in stunning Reseda Grün. Its bonnet, boot and doors open, Alwin is waving away invisible dust with a cloth.

Alwin bought this old 6 Series when it was just two years old and “Immediately fell in love!” – he shouts as much as he walks to his daily driver (an old Daihatsu) – to park it away from our cameras for a moment. When he comes back he finds us on the ground inspecting the underside of the car. He squats beside with a serious expression on his face: “Listen,” he says in a reassuring tone, “after every drive I clean the car. I even use a brush for the underneath of the car and the wheel arches. Always! After every drive, for 38-years.”

The statement is clearly no word of a lie. The engine compartment, paint and interior are all equally clean – pristine even. The headrests still have old-fashioned linen covers to keep them clean and tidy. This was fairly common practice in the 1980s, today is a rare phenomenon. Every year Alwin travels to Suriname for about three months. While he is away the car goes onto blocks in his barn to keep it fit as a fiddle. Alwin jumps in to move the car a bit, with a short turn on the key the six-cylinder engine wakes with an eagerness. The delightful in-line engine rumbles – even after 40 years of faithful service, the gearbox still does its job as BMW first intended. Even the sun pops out from the clouds as we get started with our pictures resulting in the stunning green paintwork sparkling.

Alwin is a lovely old man. We fall from one surprise tale to another as he soberly regales us with his automotive story. When he bought the two-year-old BMW he had the entire car dismantled, treated and repainted in its same, original, Reseda Grün hue. Apparently it was a good idea for after all these years there is not even a speck of rust on this car. Alwin immediately wanted to add stripes, via paint, not with decals. Now that he was enjoying himself, Alwin went one step further and also had the grille resprayed too. Underneath a photo of this BMW online someone responds with an extensive account of what is not original about it, concluding afterwards that it is a very cool “copy”. They have a point and the list was correct – but neither we, nor Alwin, would claim that this is a standard BMW. However, the fact that these adjustments were made 40-years ago – and have been kept to such tip top condition since – make this car utterly unique. In this case, then, whether or not the car is original anymore doesn’t really matter – does it?

The makers of a new film came across images of the car... 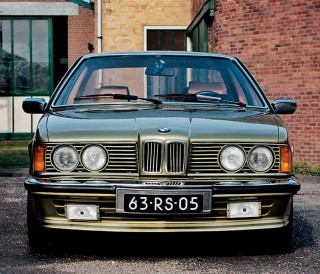 Since our first encounter the green coupé was sold to a huge enthusiast of the BMW brand – one equal to Alwin himself. That the car went to a good home, in the custody of an owner who would take good care of it in the same way Alwin did, was more important to Alwin than the money he received for it. Alwin can feel comfortable in that fact, for the new owner does indeed take very good care of this car, on that we can testify. And that’s usually where these stories end – except this one doesn’t...

Two years after our photoshoot the makers of a new film set in the 1980s ‘Baantjer’ – translation ‘Amsterdam Vice’ – came across images of the car in question and, believing it would fit seamlessly into their flick as a main character’s transport, they began a hunt to locate it. After making an agreement whereby the logistics would be provided by specialists Car Casting Holland from Weesp, the new owner did indeed lend the car out for a few months of filming in Amsterdam.

Baantjer depicts Amsterdam in the turbulent 1980s. Jurre Baantjer, played by actor Waldemar Torenstra, moves into a Police Station on Chard Street – one of the oldest roads in Amsterdam. He and partner Tonnie Montijn (played by Tygo Gernant) encounter a murder case that leads to a possible attack during the coronation of Princess Beatrix. They must do everything in their power to prevent a coronation day drama. The film is of course interspersed with beautiful period cars and motorbikes, including the very BMW 6 Series you see here, belonging in the film to Amsterdam criminal Siem Looder (played by Robert de Hoog). It’s a starring role for the car, which turns out to be a charismatic player, and, as befits any self-respecting silver screen criminal, Looder uses his sports car for its intended purpose – driving hard!

Baantjer – or Amsterdam Vice – has been a long-running Dutch success story on the small screen. Its plot centres around detective Jurriaan ‘Jurre’ de Cock who is described as the ‘Columbo’ of the Dutch police department. Firstly a TV series running between 1995 and 2006, the story has been given the big screen treatment in a flick released in cinemas in Spring 2019 – and that’s where this BMW came in. Though Alwin was ready to retire from BMW life with his treasured car, his 6 Series clearly had more life in it yet. We wonder if Alwin likes to go to the movies, and if he did, would he regret the sale of his old 633 CSi when he saw it up on the big screen? From the sounds of it he probably has a new love in his life over in Suriname, and, knowing Alwin, it too is overloaded with TLC just as this car was for decades.

Driving this BMW is a riot. The seat is a little crazy, as is the case with every large classic coupé of this era. The driver-oriented dashboard is unbelievably cool and so very period, with lots of lights, buttons and gauges. At the time of its release BMW already had a very fixed recipe for its models. The ingredients had to consist of a six-cylinder engine, this drove the rear-wheels, double headlights and kidney grilles featured out front, the Hofmeister kink was present, so too a curved dashboard and a swage line along the car’s hips. You can still see most of this design language in use today in BMW’s current, and countless, models.

On the road, with arms and legs stretched straight ahead, it’s as if you are reaching for something you’ll never quite grab. The gear lever is positioned nice and high, the engine reacts quickly. And rightly so for a brand which mainly revolves around the performance of technology – according to a 1977 TV commercial this car was “The Ultimate Driving Machine”, and so it remains to this day... 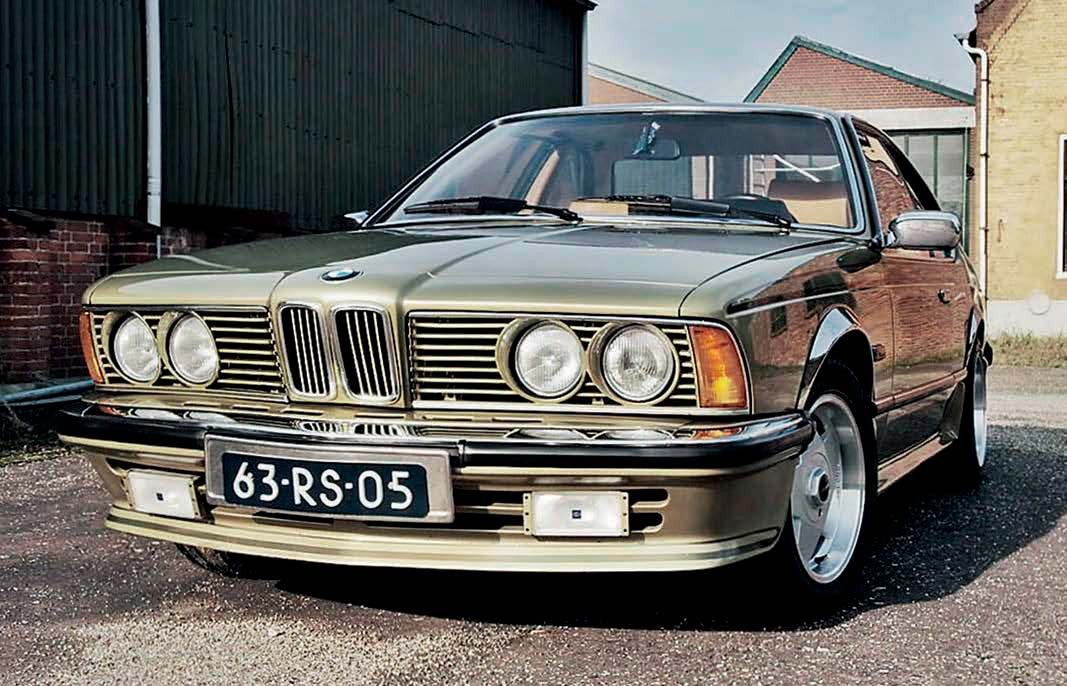 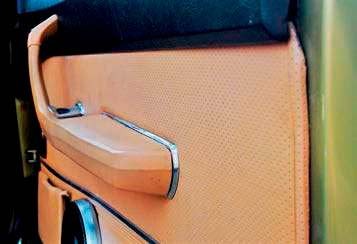 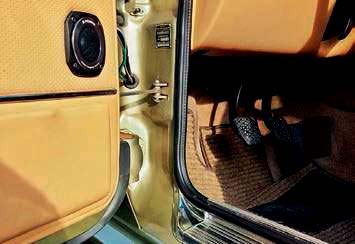 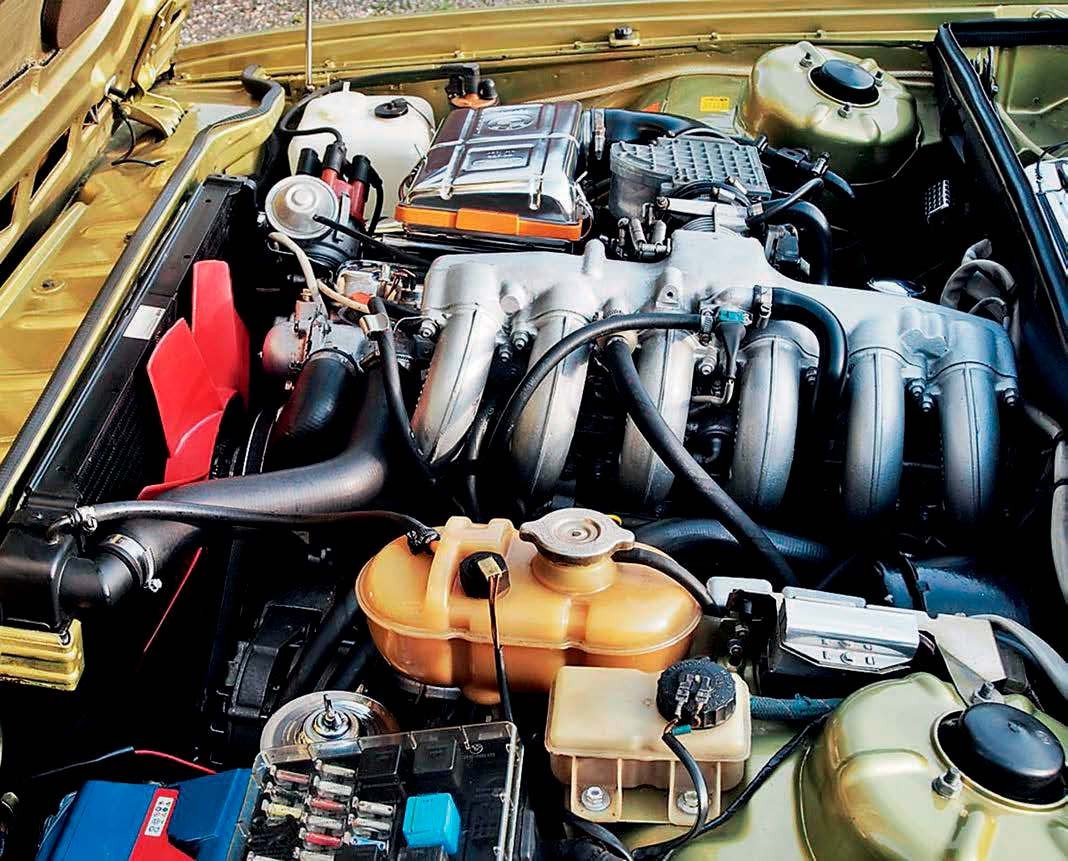 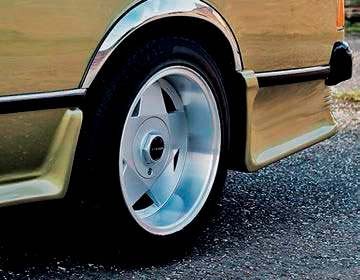 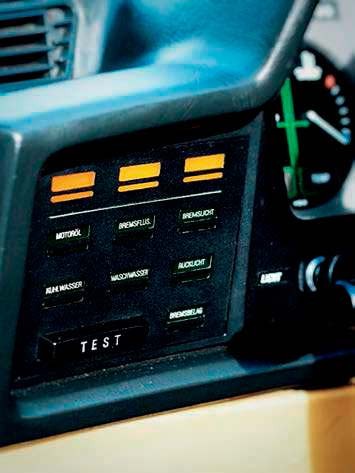 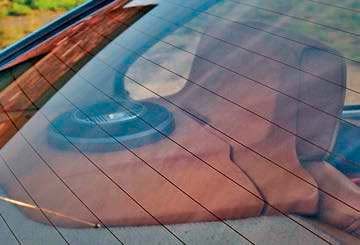 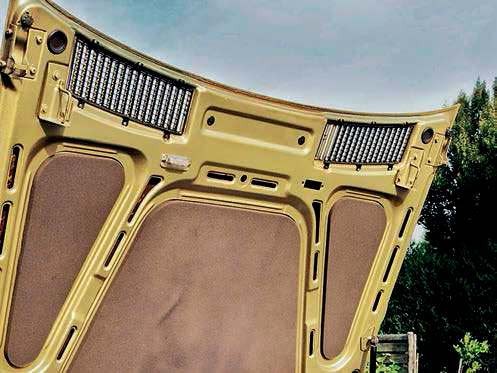 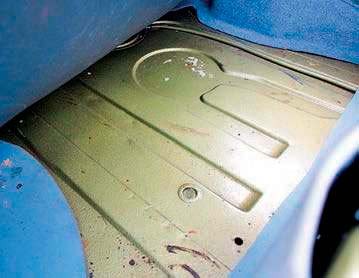 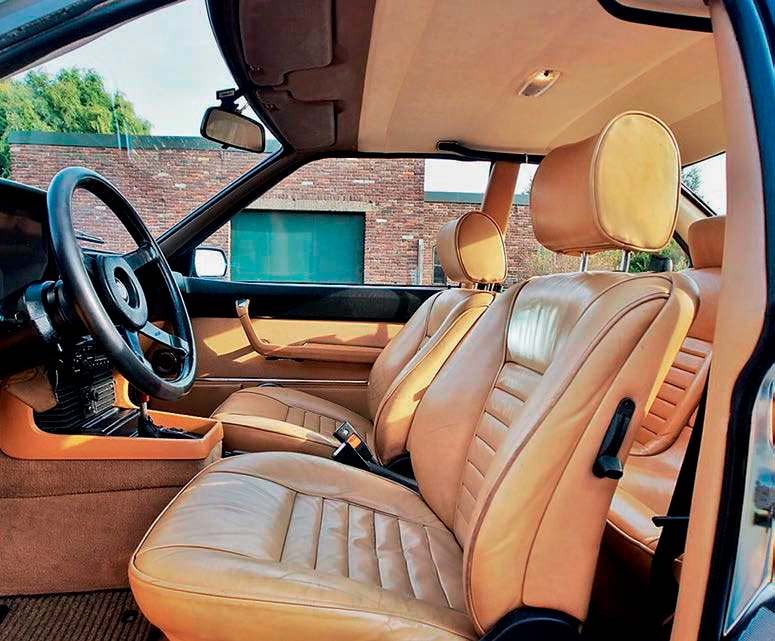 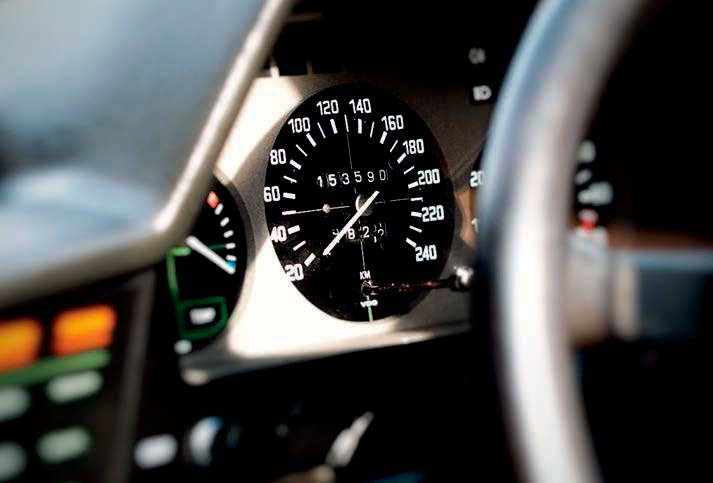 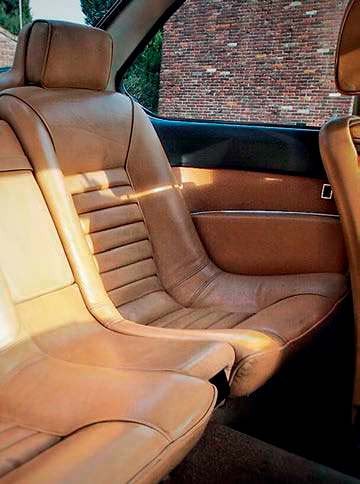 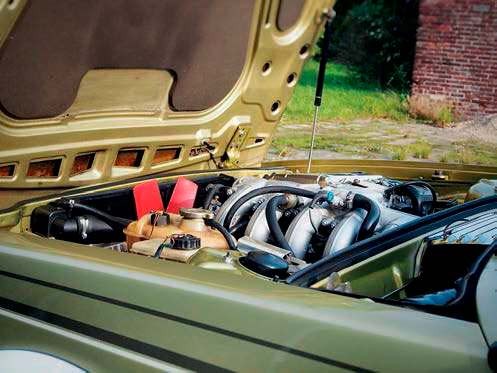 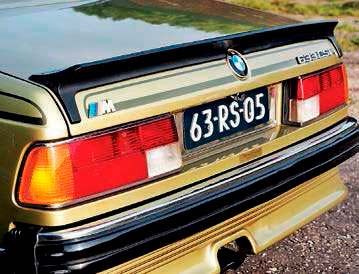 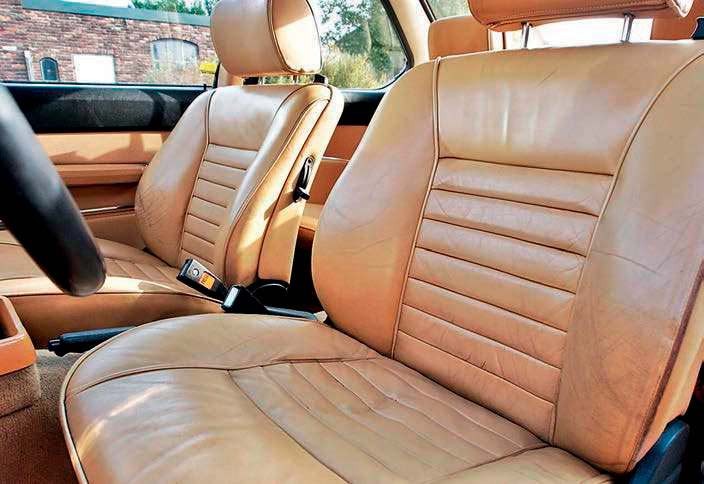 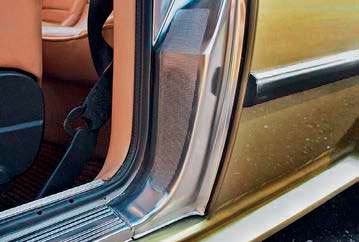 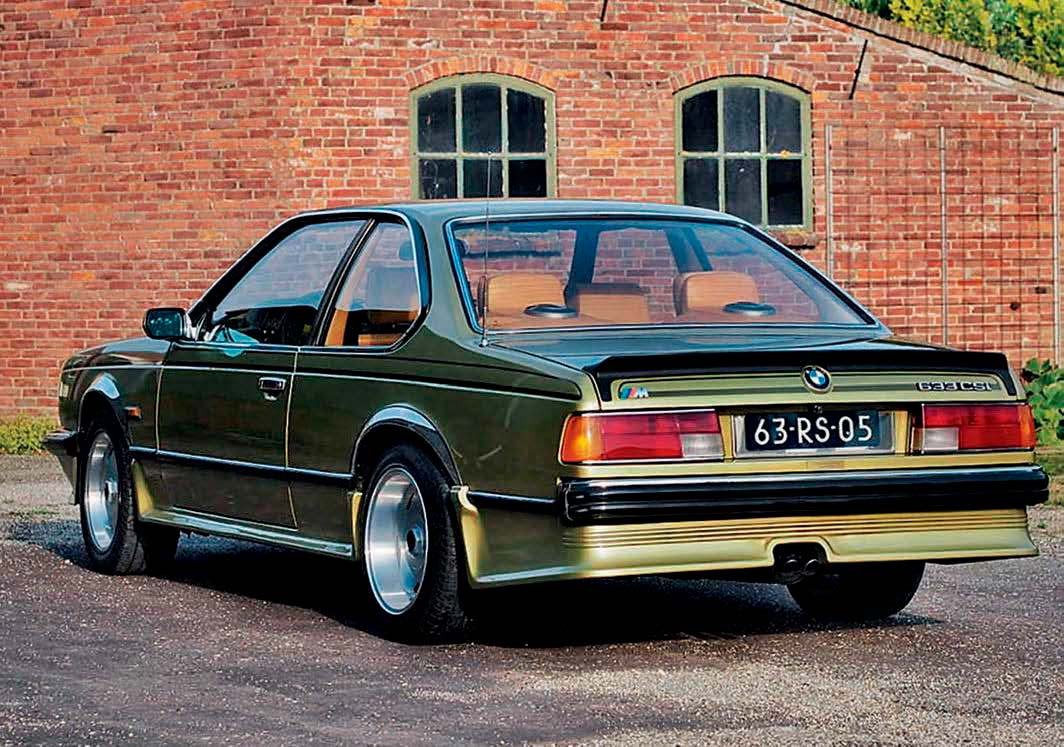 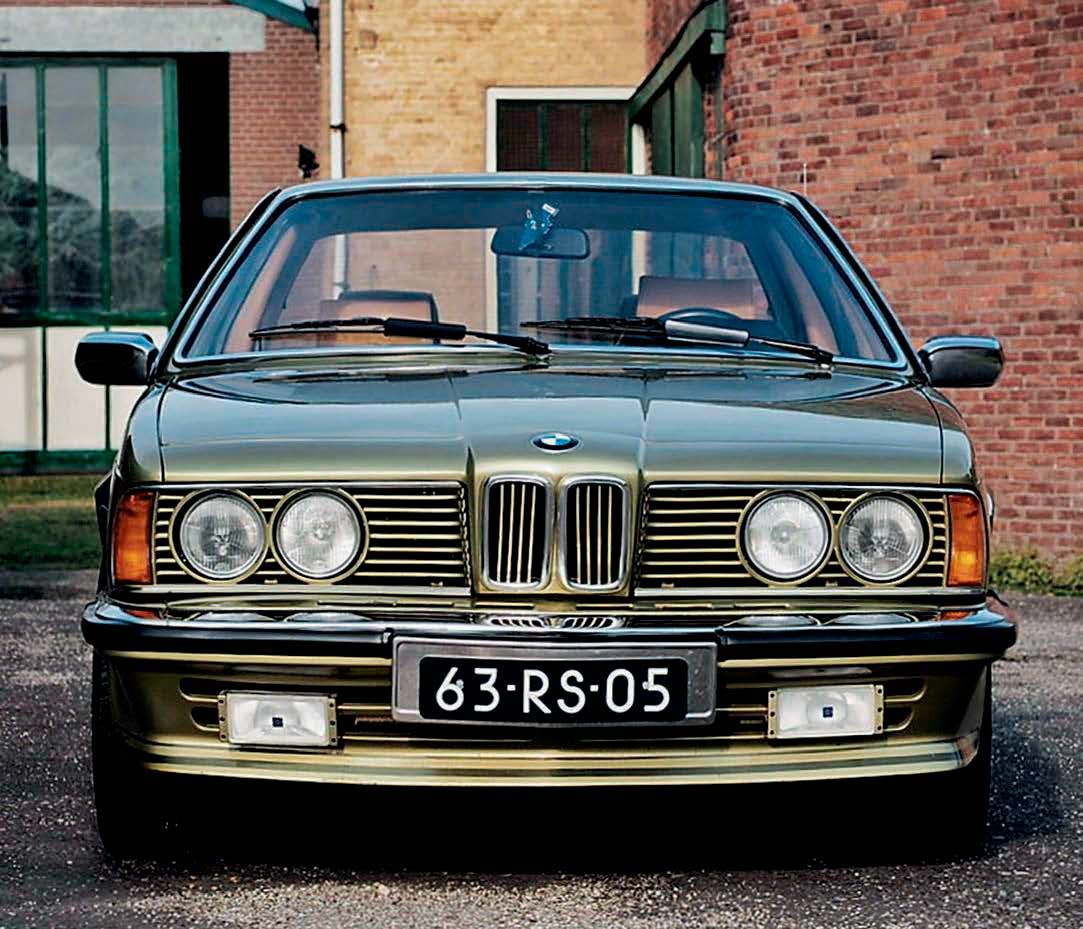 While clearly lightly customised, much of the car remains original. That was a big part of its appeal to Dutch filmmakers... The car was completely stripped and repainted in its factory green at just two years of age...