Cast your mind back 15- or 20- years, maybe less, and you’ll likely recall a time when most variations of E30 3 Series could be afforded and purchased by the vast majority. Naturally the range-topping M3 was proportionally more expensive than a more common or garden version, but I don’t think it’s a stretch to say that, ultimately, owning whichever type took your fancy was a wholly attainable goal. Even ownership of the halo model was not the stuff of total fantasy. 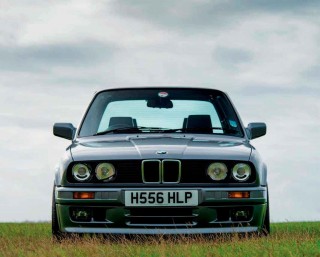 Today E30 M3 values have skyrocketed, a fact that’s unlikely to have escaped the attention of any genuine BMW enthusiast worth their salt. Good E30 M3s are now capable of commanding in excess of £100,000 and, as prices for the most focused E30 have steadily risen over recent years, they have dragged up the values of lesser models with them – albeit not by anywhere near the same percentage as the inflation applicable to the iconic M3. In short owning a tidy E30 – especially the M3 – is not such an easily accomplished mission these days. Consignor at Silverstone Auctions, Joe Watts, has seen a rise in interest in E30 models which sit below the halo model: “The M cars have gone a bit crazy, prices for a good E30 M3 today – depending on which Evolution you’re talking about – have gone stratospheric. That’s led people to look for the next level down where they’re getting say, 80 percent of the car, for less money,” Joe explained. “Cars like the 325i are a sort of junior M3 – even when they were new not everyone wanted an M3, the 325i was an aspirational and discerning alternative with plenty of performance and handling akin to the M3. It wasn’t a race car for the road, it was a quick sports car and people liked that.”

The reason Joe and I are discussing E30s can be explained by the pictures laid out before you on these pages. What we have here is arguably one of the fi nest examples of the E30 325i Sport Tech-2, this particular Granite Silver example has traveled just 6794- miles from new in 1991 and is, as we chat, consigned to auction at the forthcoming NEC Classic Motor Show – the jewel in the crown of the classic car show calendar. Guided to sell for between £30,000 and £35,000, this rare gem will have been under the hammer by the time you read this feature and it has myself and the highly experienced and passionate, Joe, rather excited. The car is undoubtedly indicative of growing interest in 1980s and 1990s cars, as Joe confirms: 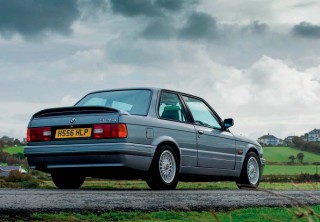 “We’re coining E30s as “modern classics” now, at other auction houses and in Europe they tend to call them “youngtimers”. Both phrases really belong to 1980s and 1990s cars – vehicles with a quality of engineering to them, cars that provide an analogue driving experience. At 30- or 40-years old though these cars are still very usable, they represent a sweet spot – performance wise they’re up there with the modern stuff , but they offer the driving experience of a classic.”

Compact rear-wheel drive saloons might be a rare thing in contemporary times, but they were also in short supply in the 1980s. Consequently BMW’s E30 stood out as something rather special. Lightweight, refined, and offering unparallelled driving pleasure, the E30 appealed then as it does now, and the one to have was (and still is) the range-topping M3 from BMW’s Motorsport Division.

With oodles of direct sporting pedigree, it’s safe to say that the limited numbers E30 M3 is one of the most sought-after sports cars of the last 30-years. However, democratising down the M3’s vast appeal down to a wider audience was the ‘325i Sport’, the model arrived in 1986 to capitalise on demand for E30s with sporting intent. The two-door 325i Sport benefited from numerous M-Tech upgrades from BMW’s Motorsport Division, including; an M Technic body-kit and boot spoiler, Anthracite headlining (unique to the 325i Sport), a limited-slip differential, M Technic suspension (15mm lowering springs and Boge M Technic shock absorbers) and a five-speed ZF close-ratio gearbox. Power came from the legendary M20 2494cc straight-six engine putting-out 171hp and 164lb ft of torque. This enabled the model to be good for a 0-62mph time of 7.4-seconds and a top speed of 132mph. While this was no M3 it was decidedly quick in period, offering a thrilling driving experience and, as a result, it soon became much coveted.

Two generations of 325i Sport were delivered by BMW. The first is commonly referred to as the “Tech-1” – produced between September 1986 and August 1987 – the pre-facelift model, what followed was, not surprisingly, the facelift “Tech-2”. The car you see presented here is a UK-supplied 1991 E30 325i Sport Tech-2, first registered on 12th June 1991 sold by Millcars BMW of Hampstead, it is finished in special order (1991-only) colour of Granitsilber Metallic (Granite Silver; paint code 272). The Sport was priced at just over £14,000 when launched in 1986 and just under 4,000 were registered between 1986 and 1990. This is one of the last Sport examples produced and some 28-years after its birth, it might just be the best around…

“The owner had always wanted one in the late 1980s,” Joe tells me. “He started looking around 15- or 16-years ago and eventually, by chance, came across probably the best example available. He bought it, used it very seldomly, and then, as every year passed, he became more and more nervous about spoiling how good it was. He looked after it and used it on sunny weekends, he loves the car, he’s been a diligent custodian of it, but now is the time to part with it”

While this was no M3 it was decidedly quick in period, soon becoming much coveted… 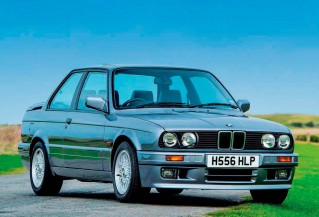 Despite what you might be thinking – admit it – this car has not been in the hands of a serial collector waiting for the right market conditions with which to financially capitalise.

Nor, however, has it been sat in a barn awaiting rescue. The owner we have here is simply a BMW enthusiast with a passion for the E30 325i Sport, a man torn between keeping and using his dream drive, but one who has driven and cared for his pride and joy and is now reaping the rewards. A “genuine and honest seller” is how Joe describes him, this being his one and only car – by quirk of fate and good fortune he finds himself with a potential lucrative and sought-after car in his possession. He’s a very likable, private, humble and ordinary sort of chap by all accounts. One of the good guys, then.

“One of the last Sport examples ever produced, the car is incredibly original and has covered a fully verifiable 6800-miles with just two previous keepers from new,” Joe told us. “It is accompanied by a full book-pack, original paperwork and a comprehensive history file. This extraordinary car has been preserved in such a rare unmolested condition, it surely has to be one of the best, low mileage examples out there.

“The car was bought by the private vendor in 2007 at 5,200-miles, it was certainly a good find when he bought it – it is now exceptional.” Joe said. “For me the mileage is about right – it has a low mileage but it suggests it’s still been used, it is strong and healthy – it has had just enough exercise but it is still of collector-quality. The owner has done all the right things, keeping all the paperwork, not spoiling the car by modifying it, it’s original – the feel and smell of the fabrics, it’s pure BMW…” 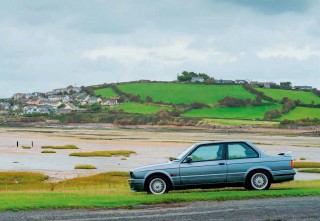 Clearly this car has been stored beautifully, regularly run-up and fully serviced. It wears the correct, original and immaculate BMW cross-spoke alloys wheels, but also comes with a set of (now extremely rare and soughtafter) original period Alpina alloy wheels which we’re informed the first owner preferred and specified.

“With some cars a good photographer can flatter,” Joe smiles, ”With this one it really is as good as the pictures suggest – it’s a perfect fit for any enthusiast or collector,” he enthuses.

Who, we wonder, has shown interest in Lot Number 204 – this understated yet very special E30? Quite a few folk it transpires:

“The 325i has its own place in history – people remember it fondly,” Joe smiles. “We’ve had a lot of interest from people who owned one back in the day, or those who always wanted one, now they want to own the very best example available.

“I’ve been taking a call a day about it, it’s the perfect storm in a way; the model, the quality of the car, the story – it tells you where this modern classic stuff sits in people’s consciousness at the moment.” 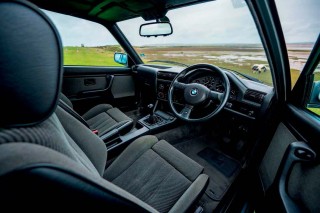 With a guided estimate of £30,000 to £35,000, plus a buyer’s premium of 15 percent (including VAT at 20%), Joe was confident that the car would do well at auction: “The NEC is a good show for us – we’ve achieved lots of records there in the past, so it’s the right event and platform for this car,” he said.

Well, the car was auctioned just days after we went to press, but the price it achieved is surely academic. More importantly, as BMW enthusiasts, we should wonder if we’ll ever see its like again – only time will tell… 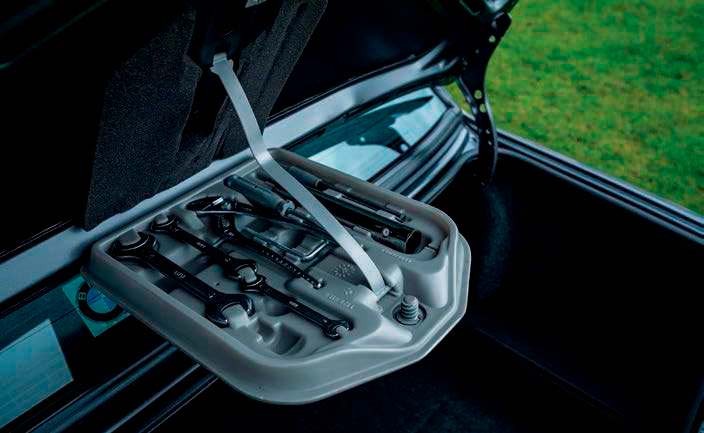 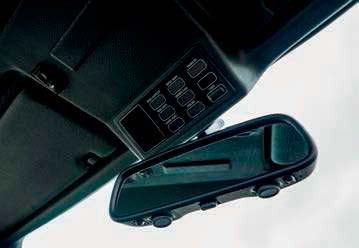 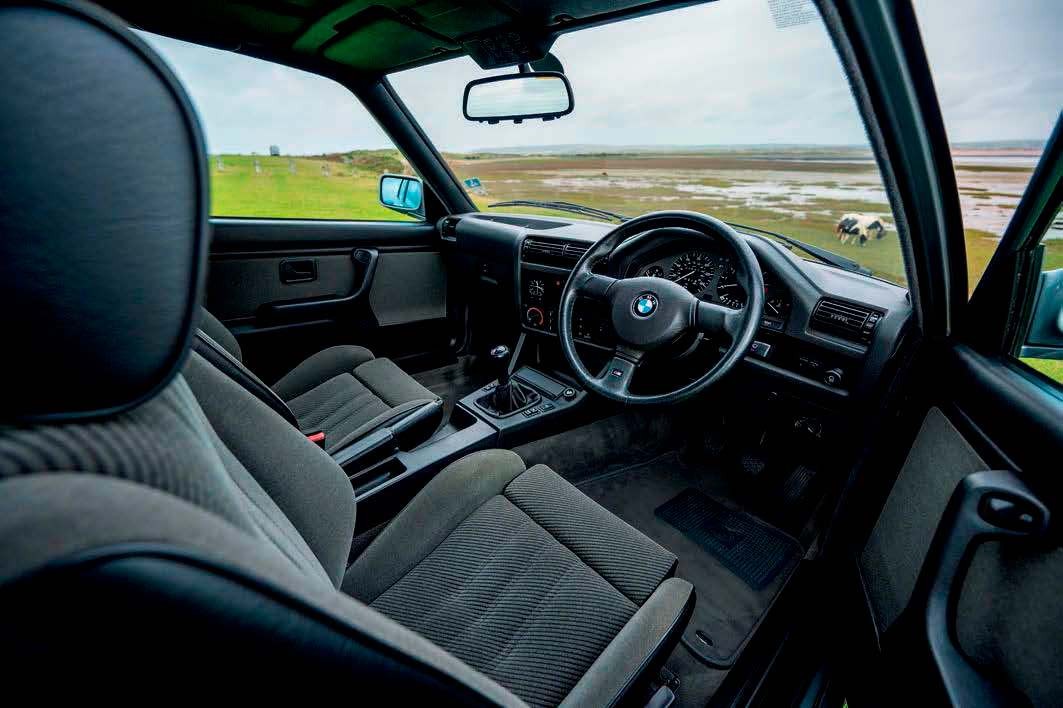 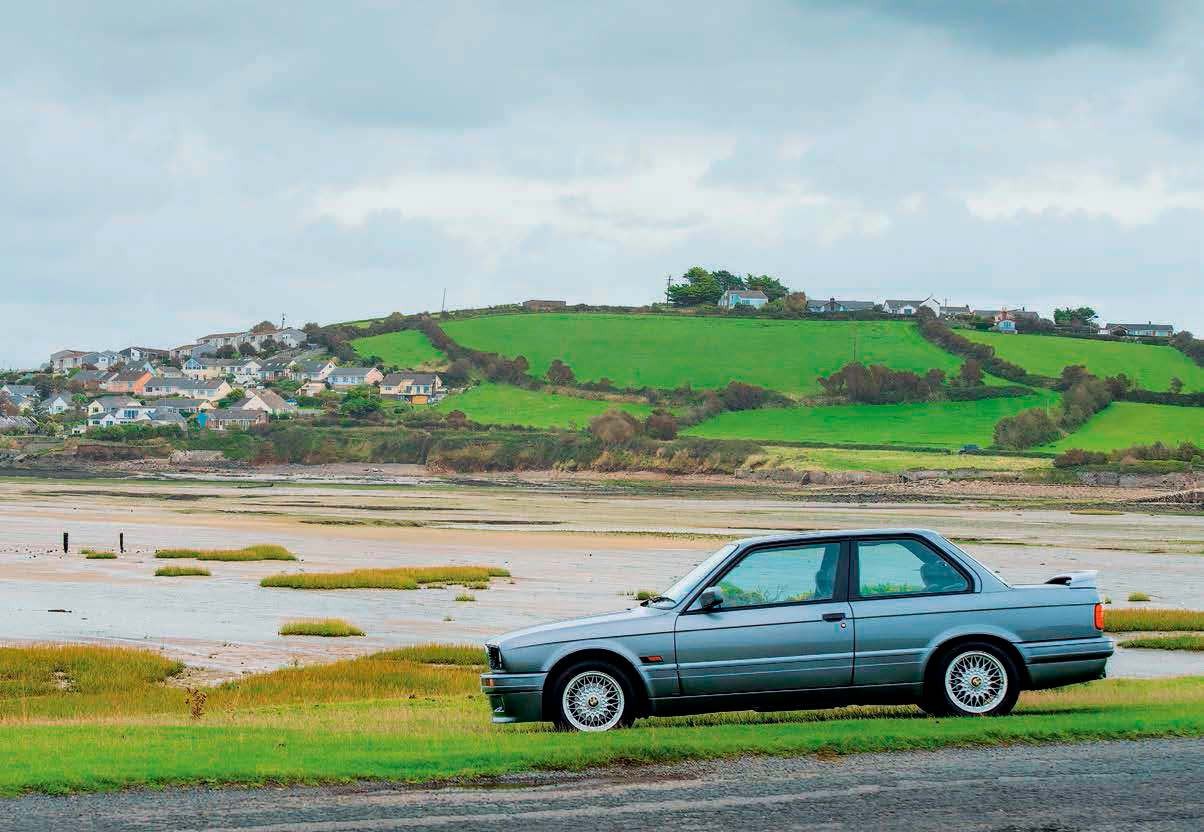 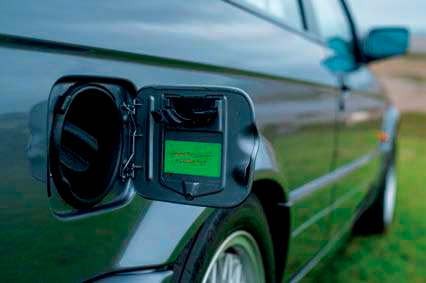 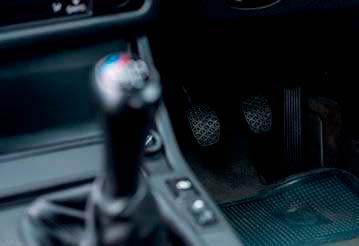 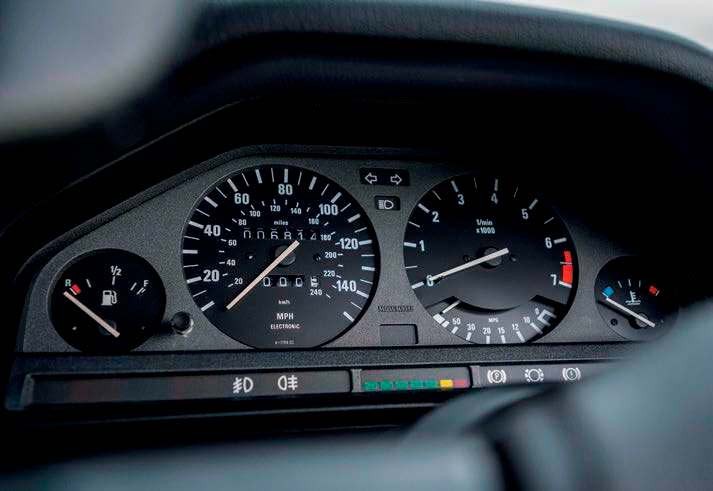 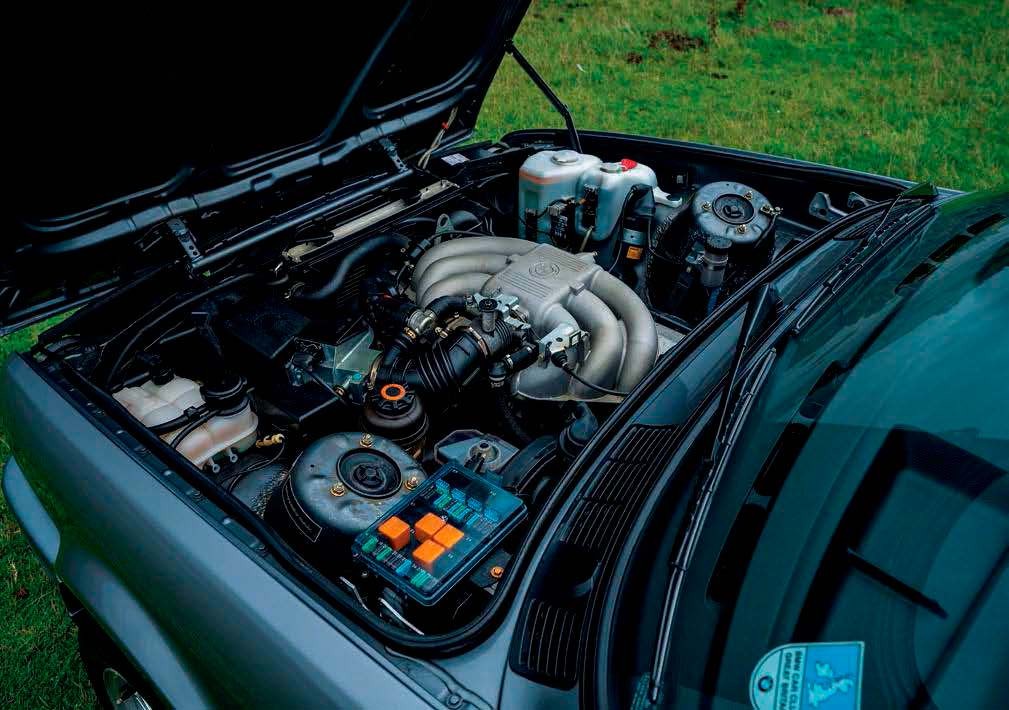 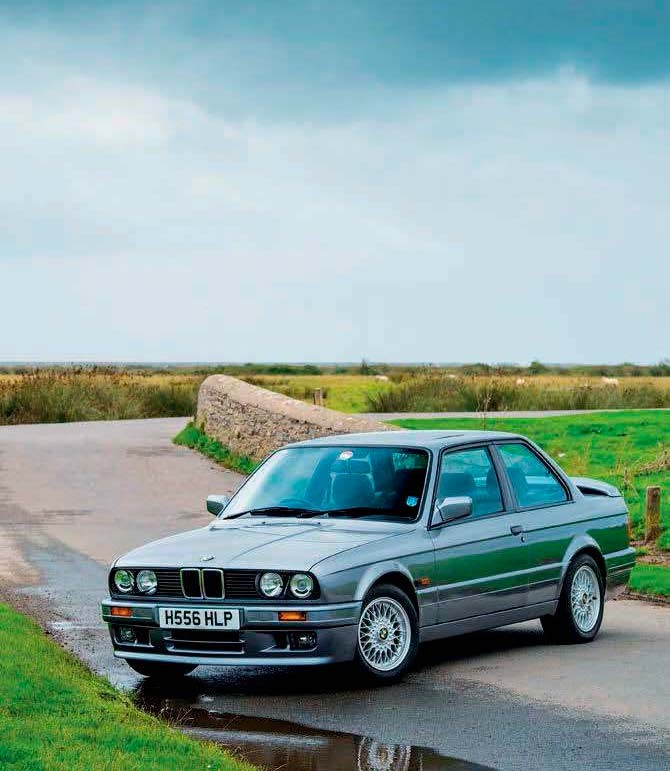 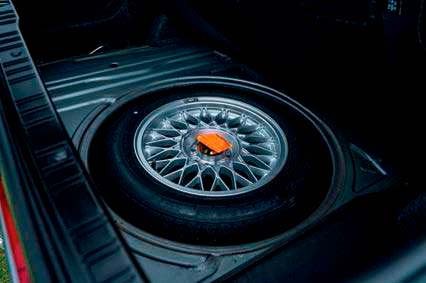 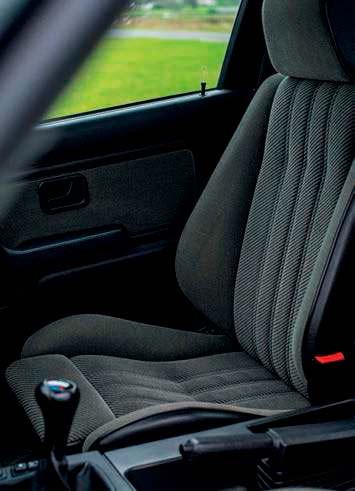 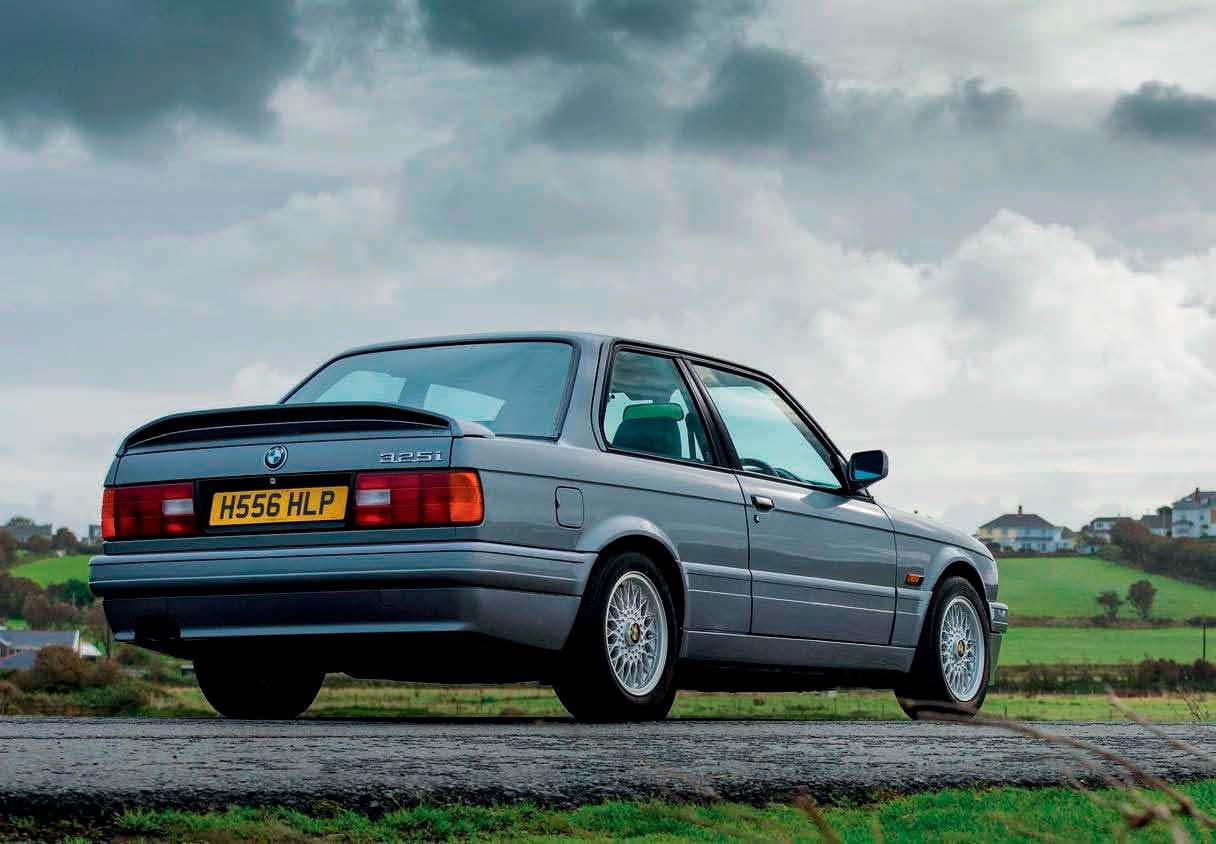 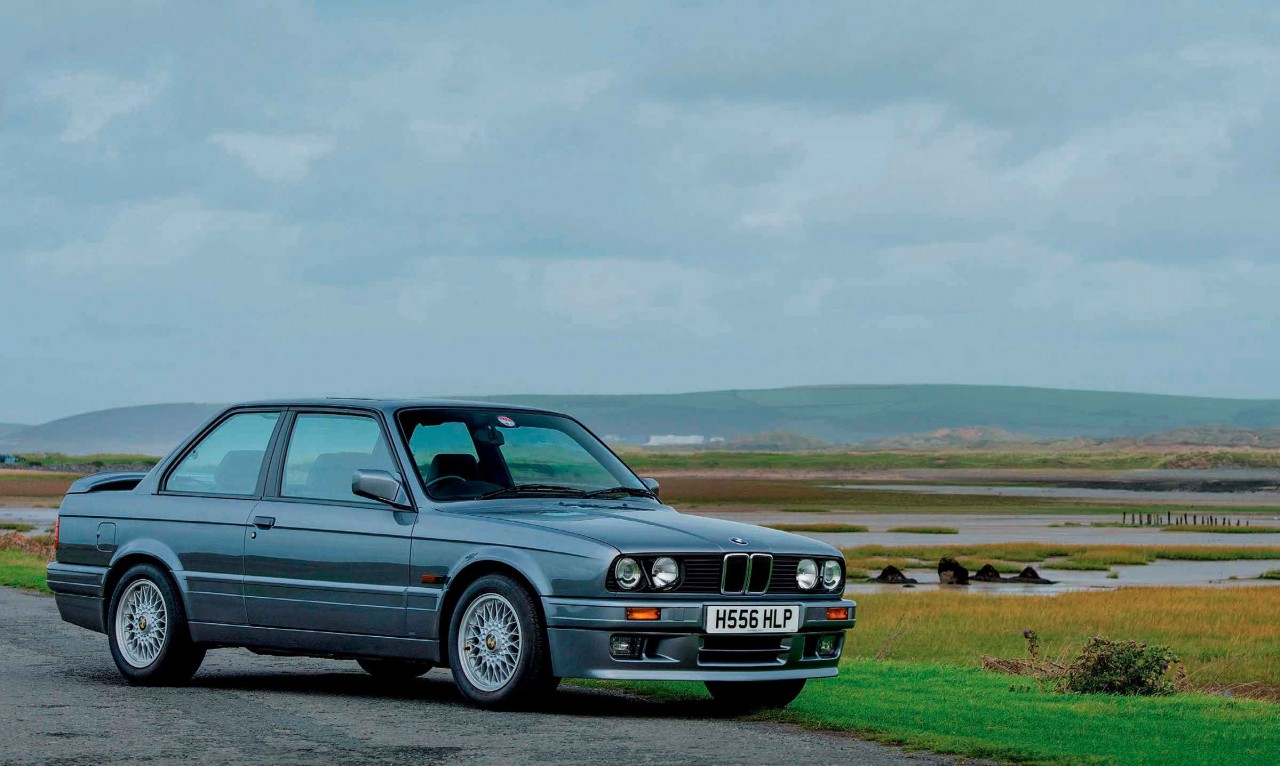 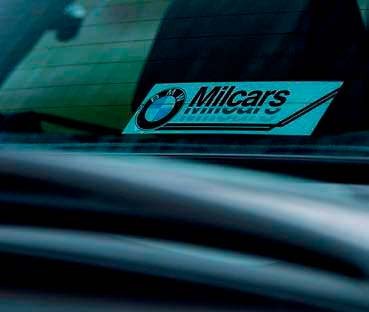 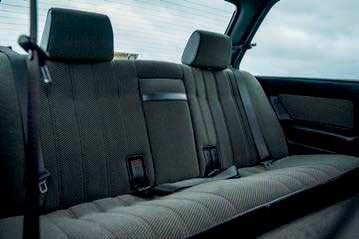 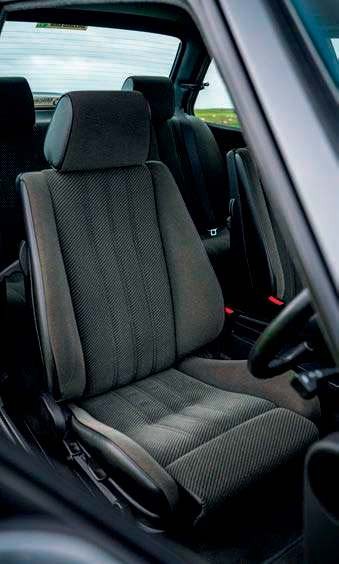 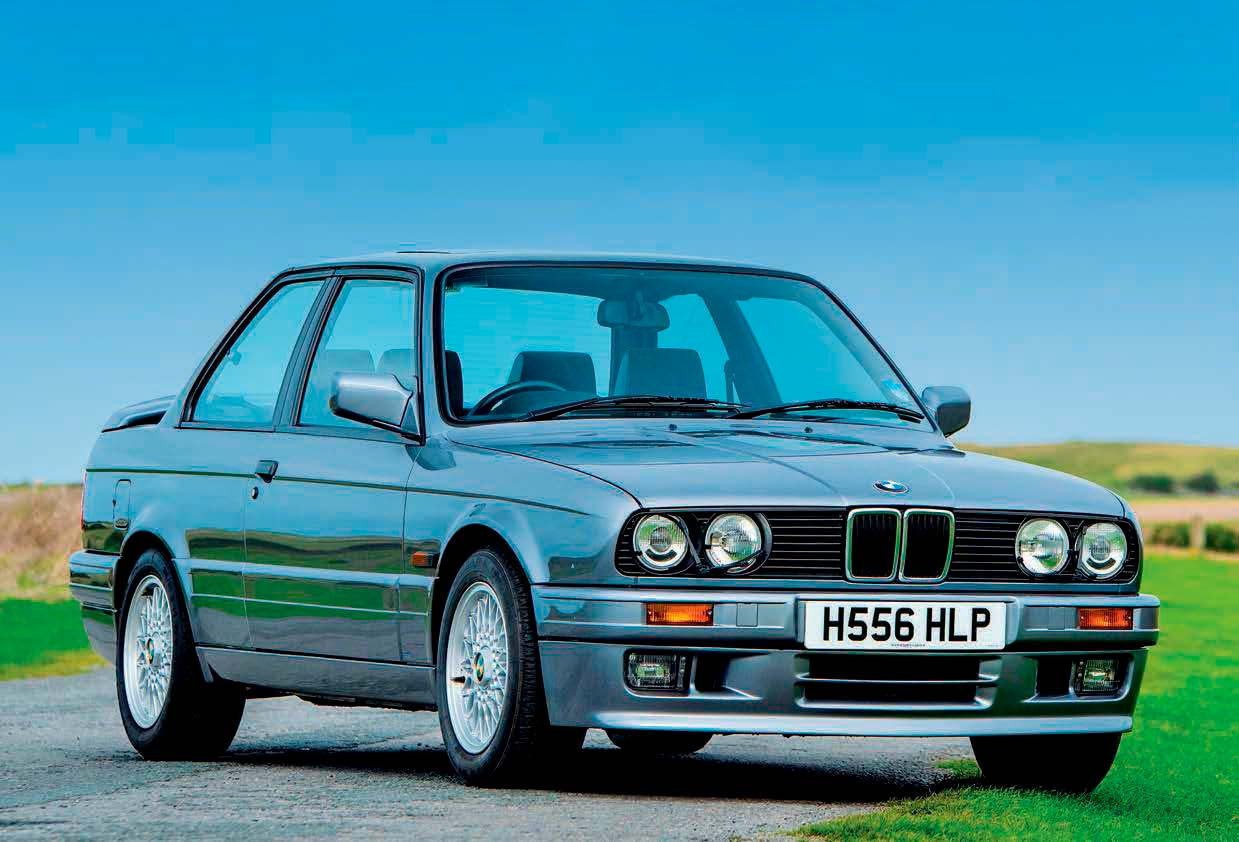 Above: Original supplying dealer sticker remains in the rear window. Left: BMW tool kit is as immacuate as the day the car left the factory… If the immaculate nature of this car wasn’t evidence enough, the odometer confirms its incredibly low mileage…