To insanity and beyond 1081 hp turbo S38-swapped E30 will melt your brain. With an outrageously powerful turbocharged S38 wrapped up in a subtle shell, this ferocious BMW E30 really pushes the performance envelope. Words: Elizabeth de Latour. Photos: Jape Tiitinen.

The day we no longer get excited by a 1000hp build is the day we get buried in the ground because we’ll be dead. We’ve got a video of this E30, which you can watch on our Facebook page, doing a massive rolling burnout accompanied by the most ridiculous turbo soundtrack imaginable and we watched it about five times in a row, just laughing because it’s insane and hilarious and wonderful. How can you not get excited by a build like this? And beyond the power, this particular E30 looks really good too; the stance is good, it’s got nice wheels and it looks just far enough beyond stock to make sure you realise there’s something going on here, without straying too far into absolutely mental territory. 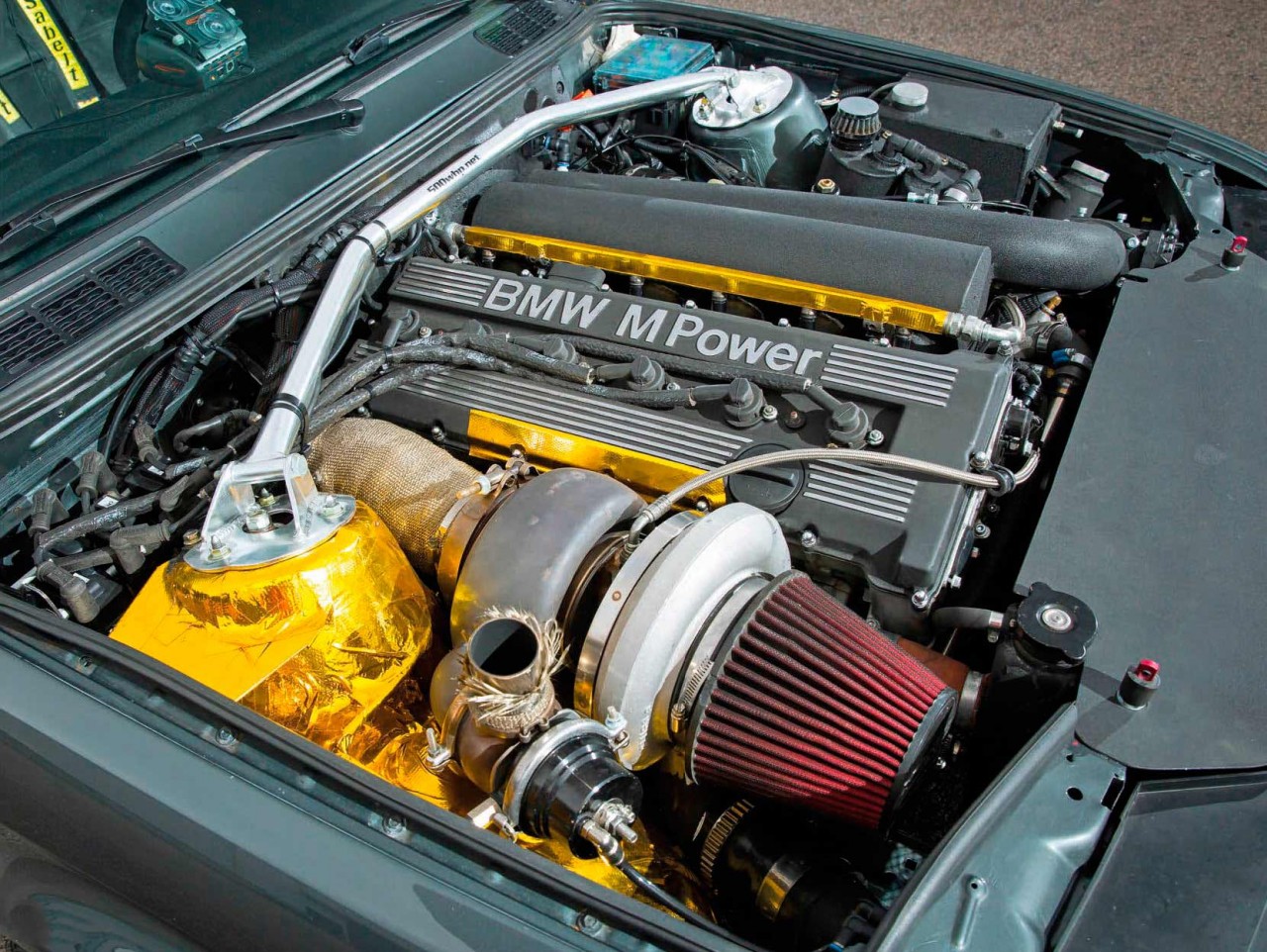 That it hails from Finland probably comes as no surprise; this part of the world has been producing insane, turbocharged BMWs for as long as anyone can remember, and whether or not there’s something in the water or it’s the combination of lots of empty space to enjoy and long, dark winters to fill that result in these outlandish machines coming into existence we might never know. All that matters is that they do exist and that means we can enjoy them. The owner of this E30 is one Juho Svenn, car workshop foreman by day and Tarmac terrorist by night, and he’s no stranger to big power, having owned a 700hp Skyline R32 GTR and an 800hp MkIV Supra, which were clearly just starters leading up to the main course that is this E30.

The car belonged to Juho’s friend, who had already carried out the engine swap and then strapped a turbo to it, which is no doubt why he was keen to get his hands on it when his friend decided to put it up for sale. “He sold it to me very cheaply and it was pretty fast," Juho grins, but beyond that he has been a BMW fan for 13 years now, having bought his first piece of Bavarian metal at the tender age of 19 and that too was an E30. “I like BMWs because they are rear-wheel drive and have good engines," he says, and this one has a very good engine indeed...

Stuffed into the engine bay is an S38B36, kindly inserted by Juho’s friend when he owned the car, but Juho is clearly not a guy to happily sit back and enjoy the fruits of someone else’s labours because he has added to the already impressive engine, making this E30 stronger, better, harder and faster in every which way. “When I bought it, the car was in drivable condition but it needed work everywhere," he says, “and my plan was to make it faster and better-looking,” which is exactly what he’s done. He had a very good base to start from, mind, as this S38 is absolutely epic as far as spec is concerned and it’s clearly been built to a very high standard.

The head’s been ported and fitted with Supertech valves and valve springs and is equipped with a Navalinea head gasket and ARP bolts and there are also CP pistons and Virtala Racing rods. It’s been fitted with Bosch EV14 2000cc injectors fed by no less than three Bosch 044 fuel pumps, a Mallory fuel regulator, an AEM coil-on-plug kit, Setrab oil cooler and a Griffin radiator with a Spal fan. That’s a lot of groundwork that provides a serious foundation to build on and that’s most definitely a good thing as Juho had some equally serious plans for it Step one was a bigger turbo, because whatever already massive item had been strapped to the side of the engine just wasn’t big enough for his tastes. He’s gone and fitted a Borg Warner S480, an absolute beast of a turbo that dominates the engine bay and is capable of handling up to 1250hp, so he’s got a bit of headroom if he decides he wants even more power... The monster turbo sits on a custom exhaust manifold with a 4” downpipe that leads to a custom exhaust system and there’s a 60mm HKS wastegate with a screamer pipe that comes straight out of the bonnet, plus a 100mm thick GTR intercooler with custom piping. As well as all that Juho also swapped out the Megasquirt ECU that had previously been fitted for a Haltech Sport 2000 item that’s better suited to the task of keeping this monster engine running perfectly. Beyond the hardcore hardware there's also the fact that the engine bay looks spectacular, with the turbo, the engine and the custom intake manifold each occupying its own slice of space and all that spectacular gold heat reflective tape makes the whole assembly look like it belongs on the Space Shuttle. 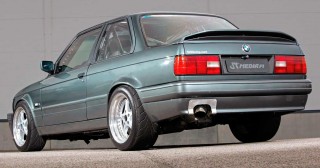 The end result of that work is an outrageous 1081hp along with 752lb ft of torque, with the turbo blowing a 1.91 bar storm and judging by that video we talked about earlier, it looks like a lot of fun. Smokey, noisy, out of control fun which is, of course, the best sort.

You might be wondering what sort of gearbox could possibly handle all this madness, so you’ll no doubt be surprised to learn that the six-speed Getrag ‘box from an E30 M3 Evo, mated to a Tilton three-plate clutch, does the job just fine. The chassis has been enhanced with a set of D2 Racing coilovers, which have been wound down to the perfect height, giving this E30 style as well as speed, with Powerflex bushes throughout and E34 M5 brakes offering plenty of stopping power. The wheels are two-piece OZ Mito 2s, which look fantastic on the E30, the clean, five-spoke design really suiting the car’s equally clean lines, and 17s are the perfect size plus they’ve got some serious width. The fronts are nines while the rears are tens, endowing them with some m^jor dish and they really fill those arches. 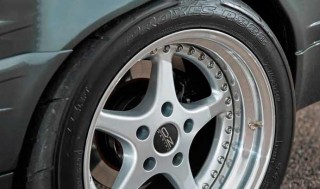 As far as exterior styling goes, Juho has kept things pretty simple; he’s fitted an M Tech 2 kit, which he says is his favourite look for the E30 after the M3, and it's such a classic kit for the car that still looks so good today. He’s enhanced it just a little bit with the addition of an E36 M3 front spoiler, which works really well and adds a touch of aggression without going overboard.

The bonnet has also been modified, firstly to allow for the external wastegate to exit through it, and secondly vents have been cut into the area directly above the turbo to help keep under-bonnet temperatures down. Beyond that the windows have been tinted, smoked headlights have been fitted and at the rear there’s a heat shield for the fat, single downtumed exhaust pipe. The interior, meanwhile, is a far more hardcore affair. The rear seats have been removed, as has the headlining, which had to be in order to accommodate the full roll-cage, to which are attached the Sabelt four-point harnesses, themselves fitted to a pair of seriously sexy carbon fibre race seats. The centre console and the entire dash have been flocked and there’s a Sparco steering wheel plus an array of auxiliary gauges that allow Juho to keep an eye on his fuel pressure, water temperature, oil temperature and there’s also a digital wideband 02 display. As you’d expect from the sort of car that this is, it’s functional and focussed but still extremely well executed and suits the car perfectly. 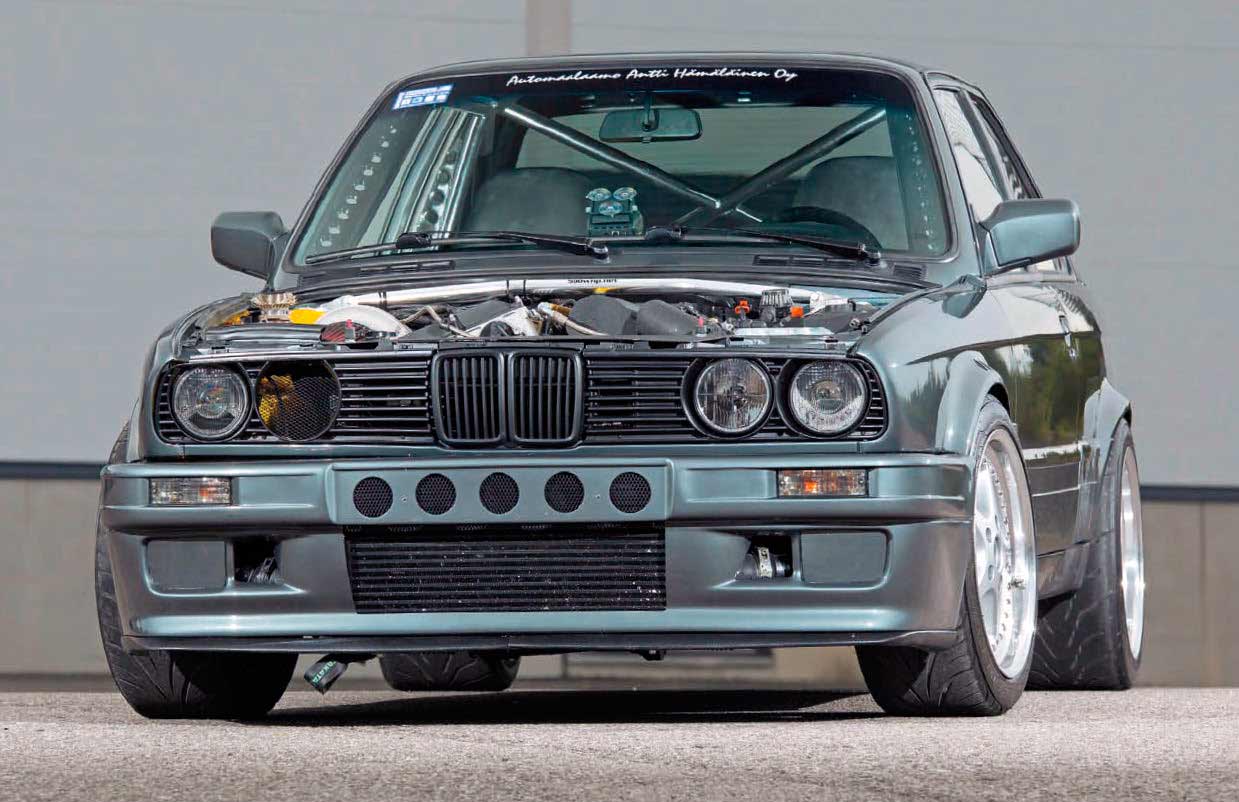 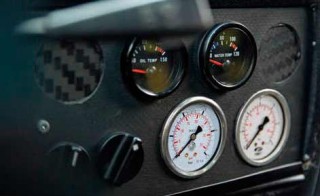 After taking on his friend’s old build Juho has most definitely made this car his own and has taken it to another level performance-wise. You couldn’t call it a straight-up sleeper, the stance, fat tyres and other exterior changes hint too heavily that this is not your father’s E30, but neither would you expect it to have as much power as it does. It’s definitely our kind of insane, big-power build. Despite all that work, though, it wasn’t a keeper and has already been sold, possibly replaced by the R32 GTR he was planning as his next car. For mere mortals, a 1000hp+ E30 build is the stuff that dreams are made of but for a power-hungry modifying fiend like Juho, it's another step taken on his fast and furious journey through his motoring life, but one he clearly had a lot of fun with and that’s what it’s all about. 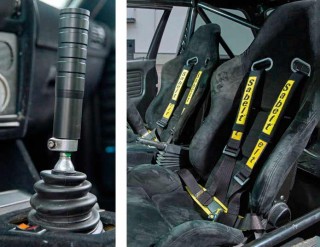 The end result of that work is an outrageous 1081 hp along with 7521b ft of torque, with the turbo blowing a 1.91 bar storm. Engine bay dominated by that monster turbo. Screamer pip e exits through the bonnet. Interior is suitably stripped and hardcore. 17” two-piece OZ Mito 2 wheels look fantastic.