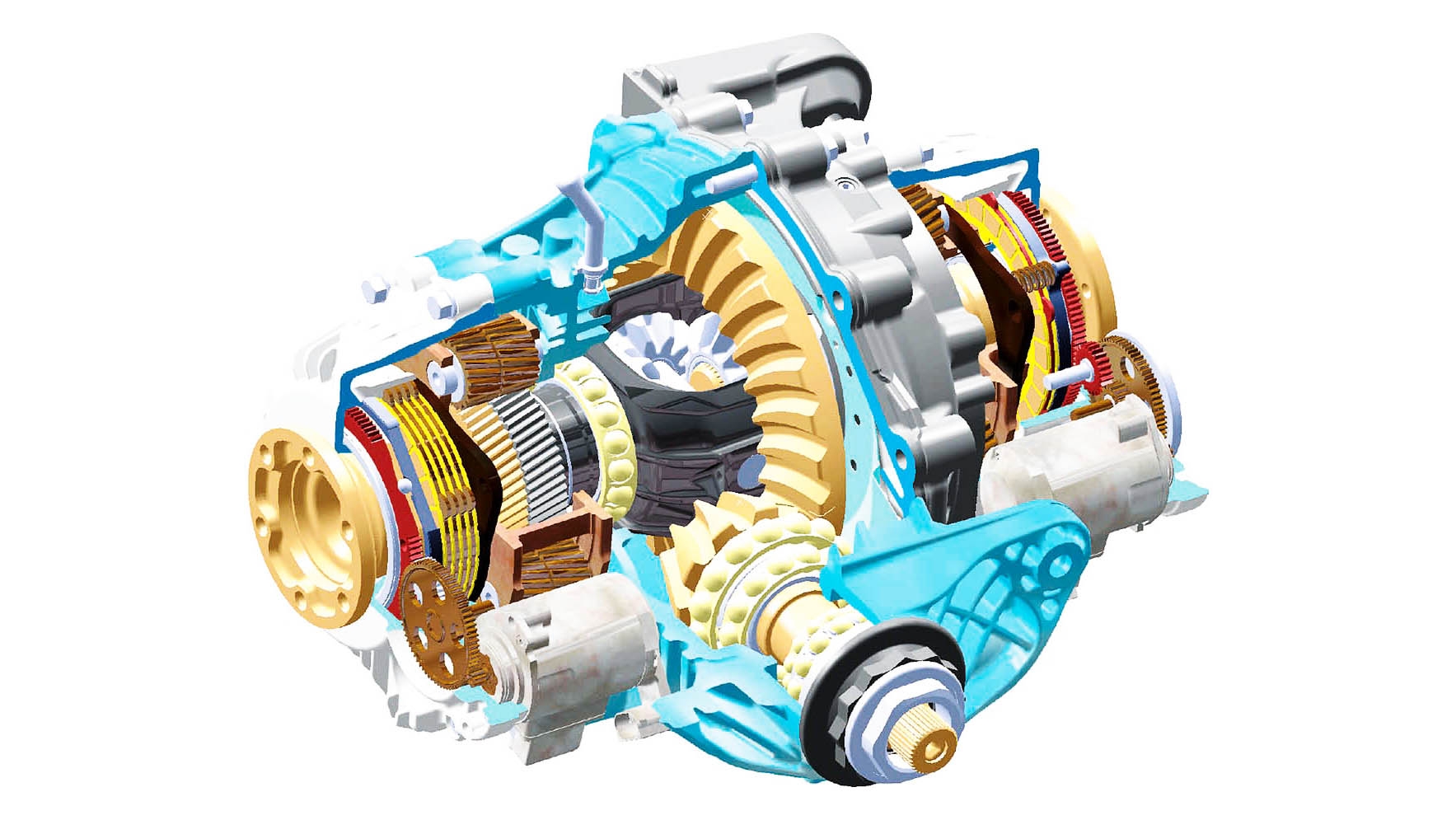 Tech Guide Differentials. We explore the world of diffs and see how they work. Words: John Thorne. Photos: BMW and Quaife. We take a look a look at how diffs work with the aid of Thorney Motorsport’s MD.

WHAT IS A DIFF?

When I was asked to write a technical feature about differentials I was determined to avoid the image of a kid’s pedal car, but try as I might I really can’t think of a better, simpler way of explaining a diff, at least as a cursory explanation.

A differential (or diff for short) is really a manifestation of its name, it separates the car’s driven wheels so they can turn independently of one another – differently. If you remember your time in a pedal car when you pedalled and turned at the same time it got harder? Well part of that was the affect of steering but a lot was the fact that one of your rear tyres was scraping the Tarmac rather than just rolling over it, as the rear axle is linked to the two rear wheels directly. As you turn, the inside wheel has less of a distance to travel than the outside wheel so one of them (usually the inside wheel) ends up scraping rather than rolling. A differential separates the two wheels so they can roll at independent rates – no scraping, just rolling. In summary, a diff is simply a mechanical process where wheel speed and torque applied to a wheel can be separated from the rotation of the axle, but underneath the simple explanation lies a sophisticated process of clutches and springs which allows a range of different applications to be fulfilled.

HOW DO DIFFS WORK?

Well, this would be a short feature if that was all there was to it and of course after the simple start this will now get a lot more complicated. First of all, how does a differential work?

The first thing you need to get your head around is that everything to do with drive works in revolutions, i.e something spinning on an axis – the pistons rotate the crank, the crank rotates the driveshaft and the driveshaft rotates the wheels; all the motion is circular so any change in that motion will need gears of some kind.

With no diff fitted the axles are turned by a fixed gear rotating with the input shaft gear, thus moving both wheels at the same speed as they are connected via the axle. To separate the wheels from each other to enable different speeds for each wheel we need to add an open diff. The diff is a basket or case of gears known as pinion gears which rotate only when then the wheels are turning at different speeds. When the car is going straight ahead, the whole case rotates on the axle but the pinion gears are not engaged, turn the steering wheel and the difference in speed of the two wheels engages the case and the pinion gears rotate the axles(s) at different speeds. The crucial aspect of open diffs is that they are only able to apply the same torque to both wheels, so if one wheel is spinning the other wheel will only get the same amount of torque so their use in slippery surfaces is limiting. To allow different levels of torque to each wheel what we need is a limited-slip differential – an LSD.

LSDs are as they sound: when there is slip detected the diff will limit the torque to that wheel, enabling more to the wheel that isn’t slipping. There are lots of versions, such as the Quaife ATB LSD pictured above all of which provide the same basic concept but in different mechanical ways. The most common type (and that most common in BMWs) is the clutch diff. In a clutch diff, the case has a series of clutches and springs installed where the clutches are attached to the case. When there is a difference in wheel speed, the springs have to activate to make the clutch work on the pinion gears. The pressure required to activate the springs controls the amount of torque directed to that wheel which is controlled by the spring weight, so by changing the clutch weights you can change the level of torque required to move torque to the other wheel. It’s here that people refer to the percentage level – an open diff is 0% and a locked diff is 100%, anything in between is controlled by the spring rates of the clutch mechanism. Earlier BMW diffs are all generally at 25%.

Another kind of diff mechanism is the viscous diff. Viscous diffs are more common in AWD cars where they are moving power between the front and rear wheels. Inside a viscous diff, there are two plates each attached to the relevant wheel side of the car, which spin inside a housing filled with thick oil. As one side moves, the other side effectively ‘catches up’ after a delay due to the transfer of energy being slowed through the fluid. Early BMW AWD models had a viscous diff.

As you move up the performance chain another type of diff is used called a Torsen diff. This diff is like an open diff, except when slip is detected, the mechanism locks together allowing torque to move to the other wheel. The ratio of the gears in the diff determine how much torque can be applied. Rather than use clutch plates and springs, a Torsen diff uses a worm gear that is able to quickly lock when required. Torsen diffs tend to be used more on AWD cars or for higher performance diffs.

That essentially is how a diff works. However, that’s the basics. As you’d expect, BMW is not the sort of manufacturer to just use a basic mechanical diff in its cars so it had made a whole variety of changes to further improve the process. All M sport cars (since the E46 M3) use a variable diff where a pump is added into the differential housing with drive gears to each side. As slip is detected, one side of the pump adjusts the pressure on the clutch mechanism to provide more torque to the other side. This means the diff is not limited to a specific percentage of slip, so can react faster to slip thus increasing grip in low grip situations and can therefore act as an open diff or near locked diff depending on the pressure allowable in the system.

To further complicate matters, we also need to look at how electronics get involved with the process. All of the above is mechanical in nature but modern cars now make the whole process a lot more complicated (and better) by throwing electronics into the mix, though the mechanical side of the diff doesn’t change from the above.

For example, BMW has introduced DPC – Dynamic Performance Control. This is where the diff clutches are electrically driven, so rather than slow down the slipping wheel they overdrive the non slipping one to match the speed. The clutch process is mechanically the same but its electronically activated rather than on a mechanical torque sensing process. BMW also has xDrive. Here there is a clutch mechanism from the gearbox that acts as a centre diff directing torque to the front or rear wheels. Nearly all X series cars now run xDrive.

As an added complication, the role of electronics gets more involved when we start to add ABS and traction control functions into the mix. When ABS was invented it again was a mechanical process, detecting a disc locking then electronically releasing and applying pressure to the disc to maintain friction and braking. These days ABS is a nearly entirely electronic affair with wheel slip and disc movement is linked so that both applications (slip and braking) are controlled from the same central system. Wheel speed sensors (as well as yaw and pitch sensors, throttle position sensors and frankly sensors from everything including your choice of radio station) now interact to control slip from the tyres both in braking and acceleration. This is acting like an electronic form of differential where slip is detected and torque directed to an opposing wheel to maintain traction. However, despite the electronic control you still need a mechanical function to transfer that power so whilst electronics may control the process it’s still the differential doing the job.