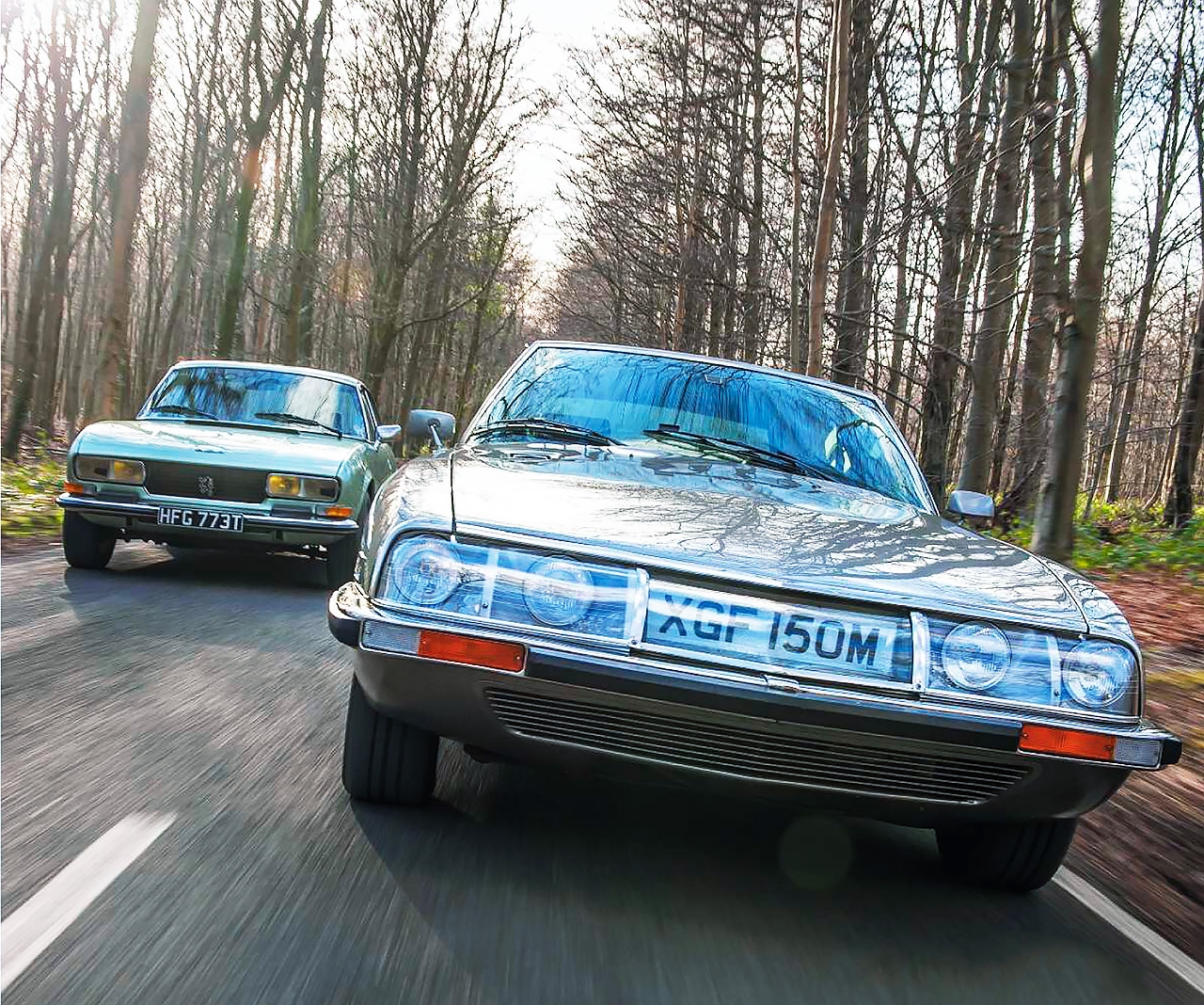 Citroen SM – test-drive. Somewhere in a distant galaxy, human-like beings have developed a mechanised, electrified civilisation. It has taken some slightly different turns from ours. There, a car like a Citroen SM is normal.

There, it’s unremarkable to have a racy V6 engine half-buried in the bulkhead, the gearbox pushed out front beneath a long shaft extending right to the radiator to drive an alternator and an air-con pump. Four green spheres like these would float in every engine bay. Tying all these components in a web of wires and pipes, smothering the engine bay like the tendrils of a light-starved plant, would be entirely normal.

Come to that, why have a brake pedal when a large, rubber-faced mushroom does an equivalent job? Or more than one spoke on a steering wheel? And so it goes on and intriguingly on, in typical Citroen fashion. Look at that gearlever, which seems for all the world like an automatic transmission selector able to move only fore and aft, but isn’t. Next to that, the conventional handbrake is a surprise, although it’s strange to find the radio set sideways next to it. 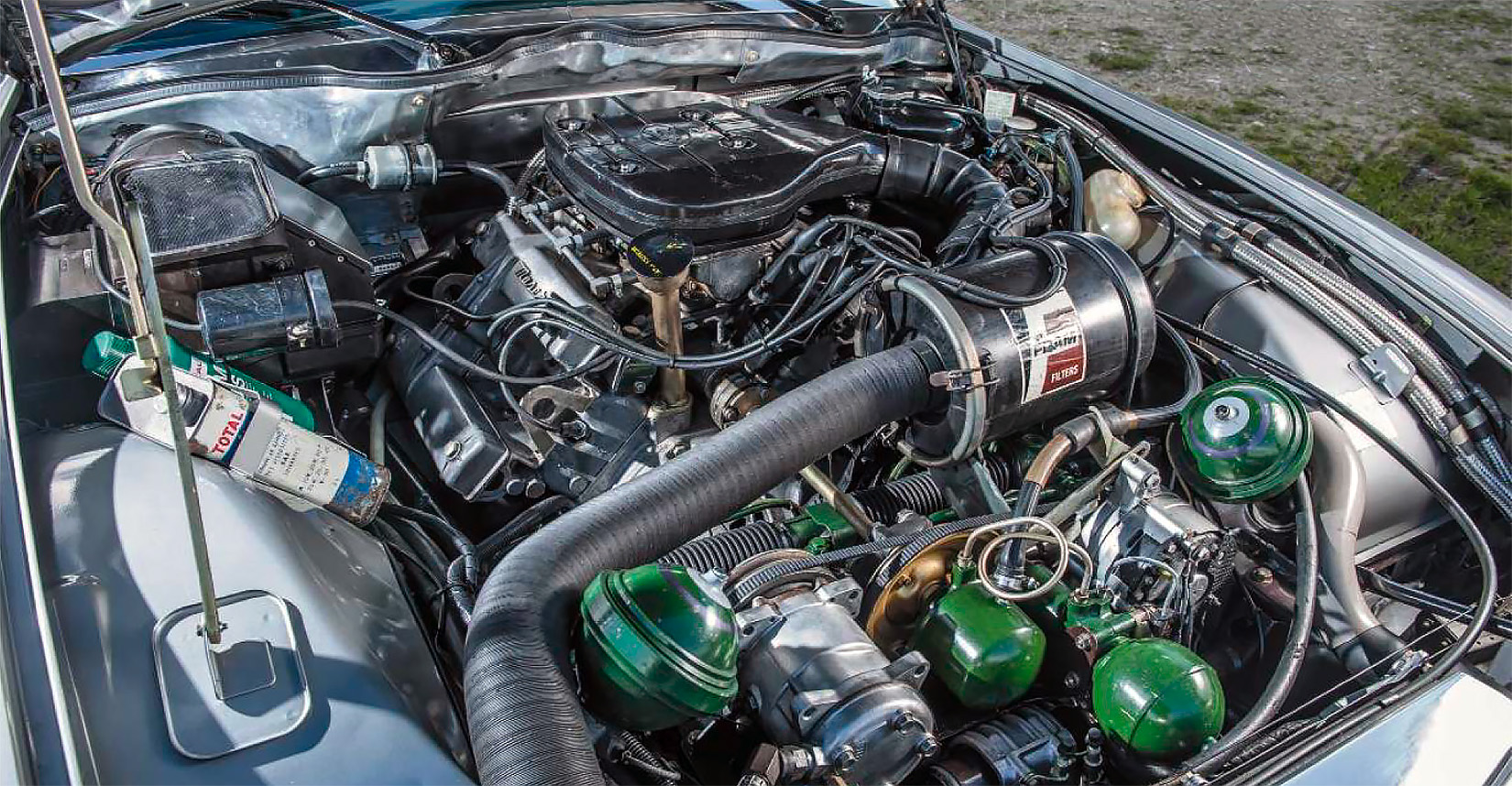 What Citroens of this era and earlier tended not to have, though, was an engine of equivalent exoticness. Not the case here: Citroen had taken over Maserati, and the Italian maker’s V6 – used also in the Merak – plays the exotic card very nicely indeed.

It’s a 90-degree V6 (wider and lower than the 60-degree norm, but requiring split crankpins to give even firing intervals and acceptable smoothness), with three twin- choke Webers and a pair of overhead camshafts on each bank. It makes 170bhp and an identical amount of torque in lb ft, and drives the front wheels through a five- speed gearbox. Maserati muscle meets Citroen curiosity. Culture clash or marriage made in heaven?

Let’s find out. The way it looks gives a fair idea of what to expect. That smooth, glazed front, the covered rear wheels, the sills hidden away behind the bottoms of the doors and wings… all are Citroen design features made more menacing here by the angularity of the window apertures and the pair of exhaust pipes. Inside is a curved, hooded instrument panel with oval dials and a plethora of warning lights, including one very large red one that glows whenever any other is lit to denote a fault. It’s designed to grab attention, and it also does a disconcertingly good job of grabbing sunlight, causing spasms of worry while driving through a light-dappled forest.

The SM starts up with a gravelly growl. Its suspension rises on its oleopneumatic cushion, into first gear – the five-speed gate is conventional in action, if not looks – and we’re off. The SM is famous for its ultraquick steering, full of the weighting deemed appropriate by the engineers but devoid of actual feel. A tyre could deflate and I’d hardly know. Drivers new to the SM found this unsettling back in the day, because it felt like nothing else, not even a DS.

Yet it’s not so alien by today’s standards of electric assistance. There are no steering electronics in the SM, of course, but the sensation is that of a modern electronically power-assisted steering car with a keen on-centre response. I get used to it quickly and enjoy the remarkable agility it bestows. It’s a similar story with the brakes, which respond more to pressure than movement

The SM’s not a hot-rod, but its surefooted handling means brisk progress can be made cross-country but are powerful and progressive to a right foot used to modern cars.

This is one of the few classic cars that an average driver might find easier to drive now than he/she did back in the Seventies, simply because the way it drives is serendipitously aligned with the driving characteristics of today’s cars. The way the steering takes on several inches of play when the hydraulics are powered down is not mirrored in modern motors, though.

As for the ride and handling, both are very fine indeed. The SM smothers bumps with the nonchalant fluidity of a DS but without the heave and float when pressing on, and in a fast bend it just points and grips, feeling more natural the faster it goes. And fast it can go, up to 135mph thanks to those smooth aerodynamics, although 170bhp gives no more than brisk, rather than potent, acceleration. It does sound good in the process and not Citroenesque.

This is a fabulous car, and nothing like as scary as its reputation suggests. The surprise of the day? Undoubtedly.

David Yeo ‘I’ve owned it for 12 years but I’ve had another for 23 years. I was going to scrap it after using the body panels on my other SM, but it was too good. So it had a bare-metal respray and an engine rebuild, and I painted everything else apart from the body. It’s a US version, so it has self-cancelling indicators and the headlights don’t turn with the steering. Originally they were exposed but the French SM club has had these glass covers made.’ It’s for sale at £24,000. Call David on 01622 752703 if you’re interested.

The SM’s not a hot-rod, but its surefooted handling means brisk progress can be made cross-country.

Swoopy interior puts you straight into a future-retro wonderland.