It happened in Hall 3 of the NEC on October 21, 1984. My dad and I stopped just short of the dazzling white lights of the Citroën stand at the British International Motor Show and, on spying the brand-new silver saloon rotating gracefully on plinth, my jaw hit the floor. It was the most beautiful thing I’d ever seen. Thereafter, KITT From Knight Rider, the Millennium Falcon, Concorde And Norwegian pop band A-ha disappeared from my Bedroom walls forever, to be replaced by a sea of posters and drawings of the Citroën CX. 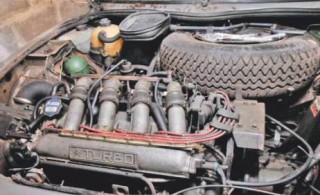 Back then, an estimated 160 of the original ‘metal bumper’ GTi Turbos were sold between its launch in October 1984 to mid-1985 and it’s thought less than ten survive. Along with the late model stretched ‘Prestige’ Turbo, it’s the most sought-after CX of all and is therefore the last thing I ever expected to find in 2019 – a year that’s been peppered so far with numerous unexpected occurrences and good fortune.

The latest of these ‘unanticipated happenings’ began with an email from a listener to a Yorkshire-based radio breakfast show I produced way back in 2003. Craig Turner remembered the presenter’s playful on-air jibes about my posh southern accent and French car geekery and, as a fellow car enthusiast, he’d recently heard of an unkempt Citroën in a Scottish garage. To be honest, I was initially more intrigued that he should remember the radio show and how he’d managed to find me. Nevertheless, my ears really pricked up when he told me it was a CX.

Craig gave me the owner’s number, I switched on the kettle and picked up the phone. With great gusto, Bob Rosie gushed about his love for the old Citroën and how he’d decided to tuck it away back in 1996, after he’d bought a more practical car for his business and couldn’t afford to tax and insure both vehicles. ‘I never lost my love for the car though. I just don’t have the funds to revive it and I don’t have the expertise to do it myself. Therefore, she must be sold.’ We chatted for half an hour about our mutual enthusiasm for the CX before he let slip that it was a GTi Turbo. This revelation sent a significant amount of tea up my nose. He then informed me the car was the early ‘metal bumper’ model, at which I began to gibber like an over-excited turkey. Car geeks, eh? 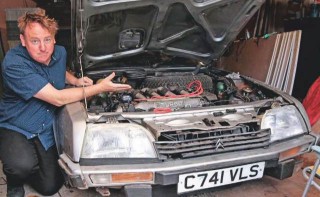 Practical Classics HQ is in Peterborough, so ordinarily ‘popping over’ to Scotland wasn’t an option. But by pure chance (another instance of good fortune), Editor Hopkins and I were due to embark on a mission to collect a 1959 Standard Ten from Dundee and drive it to the NEC (PC, Spring 2019). With the plan tweaked to give me extra time, Danny stopped at Dundee to help prepare the Standard and I carried on to Aberdeen for a quick inspection of Bob’s CX.

The mission was a success, too. Crucially, the car had been well-preserved in the garage. As expected, corrosion was present in the corners of the boot behind the rear lamps and also on the driver’s door, close to the hinge.

Yet all the other CX rot spots (footwells, sills, rear window edges) were rust-free. Mercifully, the interior (unique to the ’1984-’1985 model year) was in exceptional condition, albeit with droopy headlining. I noticed cracks in the expensive metric tyres and rot in the exhaust box, which was annoying as Bob showed me a bill for those items – all of which had been fitted just six months before the car came off the road! Less than 40 minutes later, I was back on the train to Dundee facing two key dilemmas. Firstly, concerns over how I might pay (and find parts) for what was to be the major recommissioning of a significantly rare beast. Secondly, given that the suspension, steering and brakes operate by engine-driven pump, how do you recover a long-dormant Citroën, slumped nose-in and resting as it is on several planks of wood on the floor of a garage, almost 500 miles from home? Time for a cunning plan. 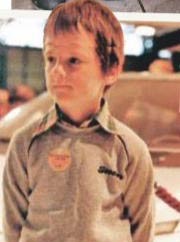 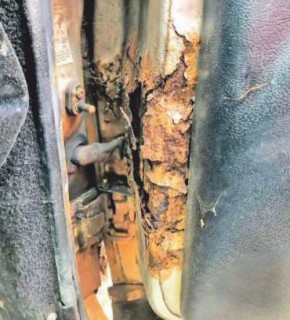 Ready for the big PC round Britain run in June. 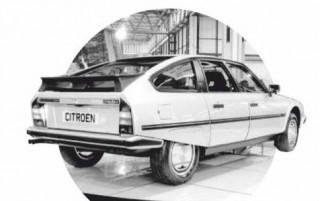 Official press shot reveals the very CX James fell for. Car discovered laid up in garage in Aberdeen. It is not yet known if 2.5-litre engine will run. Not too much rust, but the front door will need attention. James inspects his new car for the first time.