When you consider the nature of the wasp, it really is a pointless creature. These stripy rotters exist solely to irritate – ruiners of picnics, chasers of the young, stingers of the elderly, they don’t even make honey, they just muck about and cause trouble. Their nifty black-and-yellow colour scheme may look cool, but you wouldn’t want to be friends with them. 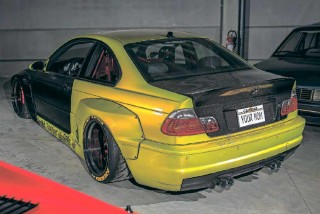 Perhaps that’s why this imposing Belgian E46 is channelling the aesthetic cues of the wasp? It certainly doesn’t want to be friends with you; look how angry it is, squinting malevolently from its one good eye. And its existence is justified purely by the desire to rub people up the wrong way, with its raucously loud pops and bangs from the custom TubeXpert exhaust, the extravagantly-wide Rocket Bunny Pandem arches which mean it takes up more than one space in the supermarket car park, it just isn’t a friendly car. But essentially this E46 is failing as a wasp, because we don’t hate it at all. We feel no particular desire to bat at it with a rolled-up newspaper. In fact, we’re a little bit in love – the audacity of the thing, coupled with the exemplary fit and finish, is just so beguiling we find it impossible to look away.

The project is the product of KEAN Suspensions in Belgium, and this is a company that always puts on a show. These fellas know how to throw hot rides on the floor like no-one else in Europe, and their eye for the offbeat along with their incredible attention to detail means that every car they bolt together is a guaranteed show-stopper. One of their sweet builds for 2018 is a bagged Ferrari 308, which is a spectacularly naughty way to behave, and pairing that Magnum P.I.- mobile with this E46 has seen them setting shows alight across Europe. 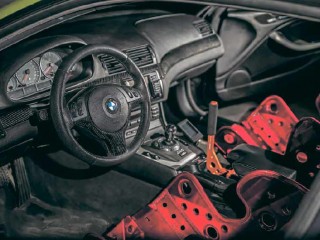 Perhaps a little background is required? OK, so KEAN is a portmanteau of ‘Kenny’ and ‘Andy’ – the two brothers who operate the bespoke suspension firm in Flanders, fitting custom air-ride or hydraulics to an ever-growing gallery of incredible rides. This E46 is Kenny’s own car – and the fun part is that he hasn’t just chosen any old base model for the project in the knowledge that he’d be tearing the thing to shreds; no, this is a full-fat M3, which may irritate the purists, but a wasp needs to have its sting – otherwise it’s no kind of wasp at all.

“I’ve had a lot of Peugeots before – 206 GTi, 406, 405 – but I’m having more fun with the BMW right now,” he says, which is totally understandable. We all appreciate the majesty of an M3 in stock form, there’s plenty to enjoy there, but this? This is on another level entirely.

“I bought the car totally stock,” he continues. “Why an M3? The looks, the sound, the potential… and of course it was always going to be heavily-modified, that’s what we do.” Kenny drew inspiration from the key touchpoints of the contemporary modifying scene, keeping a keen eye on SEMA in particular, and the car was assembled over the space of a few short months in order to debut it at the Essen Motor Show. When you consider the amount of work that’s gone into the transformation, that’s a remarkable makeover within the timescale. And there are so many diverse and bespoke elements that it’s hard to know where to start… 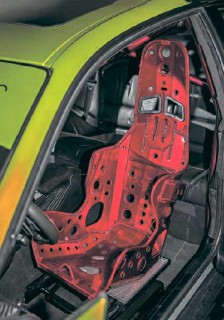 Since bespoke suspension systems are what makes KEAN tick, it’s most logical for us to begin by interrogating the chassis. As is well-established, the M3 is such an incredible driver’s car that, unlike a lot of project bases, you don’t need to rip out and upgrade everything as the factory kit is already excellent; this gave the brothers a very strong base upon which to build. So what they’ve done here is to design, build and install a custom air-ride system for the E46 to complement that fine M-car setup; it uses KNTRL management, which is a name we’re seeing popping up everywhere in the air suspension scene, offering simple and adaptable pressure-based systems. Mated with the KEAN-spec struts and bags, it helps to get the BMW on the ground over those astounding wheels. Speaking of which…

“I wanted something different from the Rotiforms or BBSs that everyone else goes for,” says Kenny. The offbeat choice here is a set of VIP Modular VLS450s, which came courtesy of SXY Wheels. The specs make for impressive reading – the rears are 14”- wide, which is more supercar than sportscoupé, and the fronts are reasonably huge too at 10” across. The polished centres are finished in striking candy red, counterpointed by the candy black lips and gloss black hardware, and these tiein rather beautifully with the interior colour scheme.

The interior, as with the rest of the car, is a place of contrasts. It’s also certifiably nuts, in the best possible way. You see, the M3 as a model has always had a palpable frisson of artistic tension inside, as it attempts to balance the diverse concepts of being a sports car and a luxury car.

Kenny’s taken this to extremes by retaining the full dash and door cards, but also swapping out the comfy (and heavy) seats for a pair of bare-bones Kirkey race buckets, again finished in candy red. This serves up a brilliantly jarring look inside – the sort of thing which would sound mad and unworkable if someone were to describe it to you sight unseen, but seeing it for yourself allows it to make all kinds of sense. The luxury-race theme continues in the back, where you’ll find a candy red roll-cage bolted in on top of the still-present leather rear bench. Parked in the centre console between the padded storage box and the SMG shifter is a KEAN-branded hydraulic handbrake, further accentuating the idea that you don’t need to compromise with a build like this, you really can have it all.

And when it comes to ‘having it all’, let’s take a look at those Roi-des-Belges hips. This is where things start to get really extreme. The look is characterised by two huge and imposing aspects: the wide-body, and the carbon fibre. The wide-arch kit is a genuine Rocket Bunny Pandem setup from the scene-legend TRA-Kyoto stable – a kit which features those outrageously wide arches (which you obviously need if you’ve decided to run 14×18” wheels on your back axle!) along with the jutting front lip and the option of a rear ducktail. But off-the-shelf isn’t really Kenny’s bag, and it’s certainly not the KEAN way, so there was no chance of him simply buying a kit, fitting it to the car, and calling it a day.

He needed a twist. And that twist came in the form of carbon fibre. Everything about the nose has been swapped out for glossy lightweight substitutes – the bumper, the splitter, the kidney grilles, the works. Kenny’s even Cyclopsed the car by plucking one of its eyes out and replacing it with a custom carbon air intake, which is a race-car detail we just love; it gives the nose a neat asymmetry which is further accentuated by the GoPro hiding in a porthole below. 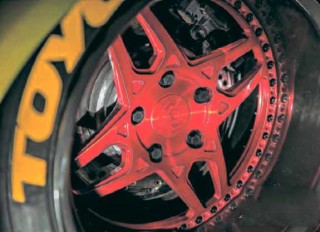 Somewhat impressively, the doors are made from carbon fibre too, which looks outstandingly racy from outside, and yet the idea fits neatly with the form-meets-function interior by virtue of having the original chunky door cards bolted to them. Naturally the boot lid is a CSL-style ducktail item in quality carbon fibre too. But Kenny wanted to highlight that the bodywork wasn’t all carbon, and this is where the wasp theme comes to the fore – this isn’t a Hungarian RS Carbon build or a Bulletproof GT-R and he wanted to proudly wear the remaining steel with pride, which is why WrapJunkies were commissioned to wrap the other panels in the most eye-catching and scene-stealing shade their palette could muster.

The decision was made to use Phoenix yellow, which acts as a sublime foil to the carbon and makes it look as if it should be malevolently hovering above some sort of massive picnic blanket. “It’s really helped it to stand out,” Kenny grins. “It’s a head-turner, for sure. The police in Wörthersee certainly noticed it – they slapped me with a €1000 fine and took my ‘YOUR MOM’ plate away! But it drives like a beast, it demands a proper burnout every time…”

This car’s been fastidiously built to be a show-stopper with a unique style and a flawless finish, but don’t go thinking it’s a trailer queen. Kenny drives it all across Europe, proving the longevity and durability of the home-brewed suspension setup, and he breaks necks at every turn.

A lot of miles have passed under those TredWear-stickered R888Rs, and it’s a true testament to the quality of the build – this hasn’t just been put together to cause outrage; the mighty creature has been fastidiously engineered and crafted to perfection too, and that’s the mark of a KEAN build. This angry wasp isn’t making honey, it’s just out to cause trouble – and it looks damn good doing it.

THANKS Thanks to my brother Andy, WrapJunkies, SXY Wheels, KNTRL, and The Belgian Brothers for the TredWear stickers

“Kenny’s taken this to extremes by retaining the full dash and door cards, but also swapping out the comfy (and heavy) seats for a pair of bare-bones Kirkey race buckets, again finished in candy red” 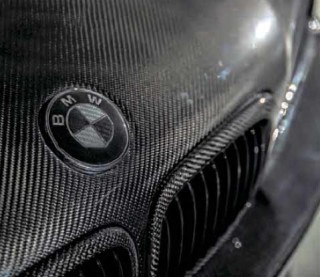