Believe it or not, 2018 marks a full decade since the reborn Fiat 500 went on sale. It still accounts for most of Fiat’s sales in the UK and it’s easy to see why; fun to drive, brilliantly designed inside and out and with a surprisingly wide model range, there’s a lot to love about the retro-styled pint-sized hatch – and convertible too, of course. 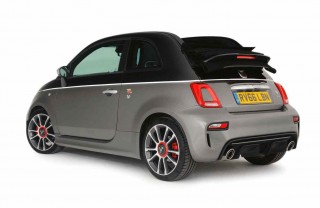 One of the best things about the reintroduction of the 500 is that Fiat also used it as an opportunity to breathe new life into the Abarth brand, which returned in spring 2009, one year after the regular 500 was launched. At first, there was just an Abarth 500 hatchback, but the range soon mushroomed. By summer 2010 there was also a 500C with a full-length folding cloth roof, which initially came only with Abarth’s Competizione paddle-shift gearbox, but a year later a five-speed manual transmission became available.

The 500 was fitted with a turbocharged 1.4-litre four-cylinder engine rated at 135hp and 132lb ft in Normal mode, but a Sport setting allowed the peak torque to be boosted to 152lb ft. For those who wanted even more urge, an Esseesse kit (deliciously delivered in a wooden crate) could be bought for £2500. Available only from the factory, the kit was classed as an aftermarket package that had to be fitted by an official dealer within 12 months or 12,500 miles of the vehicle being registered. The Esseesse featured an ECU upgrade along with an improved air filter, pushing peak power up to 160hp. To help rein in those extra horses the brakes were beefed up with drilled and ventilated discs up front, while larger drilled discs were fitted at the back. Unique springs were fitted front and rear and to complete the more aggressive stance, the regular 16-inch wheels were swapped for 17-inch items with a white or titanium finish.

In August 2012 the 500 was relegated to entry-level status with the introduction of the new 595 Turismo and Competizione in hatchback and cabriolet forms. Both got 160hp engines as standard (the 500 retained its 135hp unit). The Turismo focused on luxury, with leather trim, xenon headlights and climate control. Both editions also got 17-inch wheels, privacy glass, upgraded suspension and red brake callipers. The sportier Competizione was fitted with a Monza sports exhaust and cloth-trimmed sports seats. 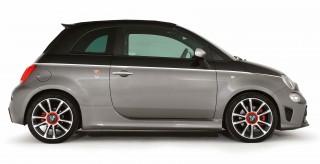 Along the way, there have also been a few rarities that occasionally crop up for sale. First to arrive, in August 2010, was the 695 Tributo Ferrari with 180hp. Just 152 right-hand drive examples were made, each priced at a hefty £29,600 and featuring a Competizione gearbox, xenon headlights, 17-inch alloys and Abarth Corsa seats by Sabelt.

Next came the Maserati Edition, which arrived in December 2012 and was priced at £32,000. The same 180hp powerplant was fitted, with each of the 499 cars also featuring a leather luggage set and upgrades for the brakes, suspension and exhaust. All cars came with maroon paint and tan leather trim. The 180hp 595 50th Anniversary of January 2014 was limited to 299 examples, all with matt white paint and a scorpion logo on the bonnet; inside there were red leather seats.

In spring 2014 695 Biposto was unleashed. This 997kg two-seater was the most powerful derivative yet (190hp), and had an Akrapovic exhaust, adjustable dampers, digital data logger and Abarth Corsa seats with four-point harnesses. While the Biposto wasn’t a special edition, sales were limited by its reduced practicality and hefty £33k price tag. The Biposto Record that arrived in November was a limited-run model, with 133 available at an even heftier £36,610. This time there were 18-inch OZ alloys and all cars featured Modena Yellow paint. 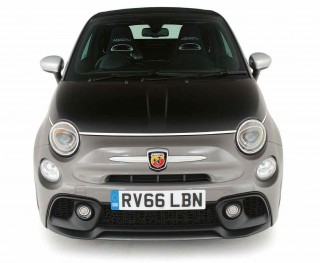 There are essentially three levels of spec: the 135/145hp 500, the 160/180hp 595 and the 180hp 695. An Essesse kit (available on earlier models) more or less takes the 500 up to 595 spec, but the suspension of the latter is better resolved as the pepped-up 500’s ride is too harsh with the big wheels and over-firm damping. With a raft of specialists able to offer upgrades for the exhaust, ECU, brakes and suspension, you could be better off buying a standard 500 and fitting whatever upgrades you fancy, so you can tailor the car to suit your needs.

Although the Abarth shares its bodyshell with the regular 500, it had a comprehensive makeover resulting in something that’s far more fun to drive and with a much more aggressive look – but in a subtle way. The nose is extended by 111mm to accommodate the turbocharger, a diffuser with twin exhausts is fitted at the rear and the bigger wheels (either 16- or 17-inch) give the Abarth a much more planted stance.

The least powerful Abarth has 135hp, but pressing the Sport button increases the turbo’s boost from 0.7 to 1.0 bar, pushing peak torque up to 152lb ft in the process. There’s no need to explore the red line because staying within the mid-range is far more rewarding; there’s plenty of shove at this point and the engine sounds its best here too, the cabin permeating with a concoction of whistles and gurgles as you enjoy your favourite B-road. The biggest problem with the 500 is the steering, which is too light and devoid of feel. Pressing the Sport button increases the weighting but doesn’t add any feel – what it does do is to increase the amount of self-centring so it sometimes feels like you’re fighting it.

The 1368cc engine fitted to all of these cars is strong and doesn’t tend to give problems. The most common issue is with coolant weeping from the water pump outlet pipe which can suffer from poor sealing, but this is easily fixed so it’s a cheap job. The retaining bolt for the air inlet pipe can also come loose, leading to some strange noises from under the bonnet. Again, this is easily fixed for peanuts. 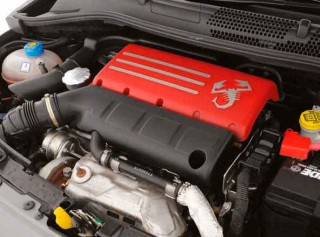 The gearboxes are similarly tough, both manual and sequential auto. The most likely glitch is a minor fluid leak from the joints, but not enough to worry about. Some early manual-gearbox 500s could suffer from the clutch pedal breaking but any such cars should have been fixed by now. More likely are problems with the gear linkage cable bushes which can wear and break, leaving the car with just a couple of gears. The cables and bushes have to be bought together but a specialist should charge only £250 or so to get it all back to normal.

There should be no signs of corrosion anywhere, while the panel fit should be tight and even. If not, the car may have been damaged then badly repaired. Many Abarths are bought by middle-aged enthusiasts rather than young and inexperienced drivers, so they tend not to be thrashed or abused very much – many are bought as second cars so they don’t do a huge annual mileage. You do need to check all of the decals though, as they can peel off and look unsightly – especially where newer cars are concerned.

The suspension can suffer from a few maladies, especially on hard-driven cars. The wishbone and damper bushes don’t seem to last very long – they can be worn out in 10,000 miles if the car is regularly driven hard. Budget £280-£360 per side to fix this. The same goes for the front suspension top mounts, for which you’ll need to budget £190 per side to get fixed. Rear wheel bearings are another weak spot, given away by whining from one side as the car corners. Expect to pay £260 per side to have a fresh set of bearings fitted.

The interior is perhaps one of the biggest disappointments as it wasn’t upgraded much over the regular Fiat 500. It feels a bit plasticky but tends to last well. Unfortunately the same can’t always be said of the wiring loom where it goes into the tailgate on hatchback models. The wiring can fray (although it’s unusual) so the rear lights, wiper and boot lock don’t work. Depending on whether you’re replacing or repairing the harness, expect to pay £400-£800 to get it fixed. 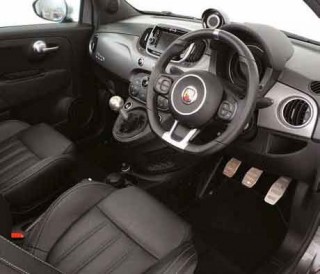 In 2014 a recall was issued for more than 3000 Abarth 500s, which could suffer from the exterior and dashboard lighting being lost, because of wiring damage caused by the loom under the dash chafing against the steering column. It affected cars built between September 2011 and May 2014, so check that the work has been done.

Abarth sets the service interval at 18,000 miles or two years (expect to pay around £275 for this), with an annual oil and filter change every year or 9,000 miles for around £120. Esseesse editions cut this latter interval to just 6,000 miles or 12 months.

All Abarth 500 derivatives need a replacement cambelt every six years or 72,000 miles; budget £220 to get the work done, while a 36,000-mile service is pegged at £330 or so; this includes fresh brake fluid along with new pollen and air filters.

There’s a raft of independent specialists who can cut the cost of servicing while sticking with genuine parts, but make sure you get recommendations before entrusting your car to anyone. When it comes to online forums, one of the most popular is the Modified Abarths Facebook group.

The good news is that because these Abarths only really appeal to enthusiast owners, they tend to be cherished. Find a car that’s been neglected and you’ll be really unlucky.

Shop around and you might find an early high-mileage 500 for around £5000, but realistically you need to budget at least £6000 if you want any choice. Equivalent 500Cs start at £8000; these are more costly than the hatchbacks because they’re rarer and more sought after and also because the earliest cars are also a year newer.

Our expert for this article is Mike Stebbings of MS Racing (www.ms-r.co.uk), which sells parts and accessories for Abarth owners. Mike bought one of the very first Abarth 500s in the UK in 2009 and he still owns it, having worked with a variety of Italian cars including Ferraris and Maseratis for well over a decade. 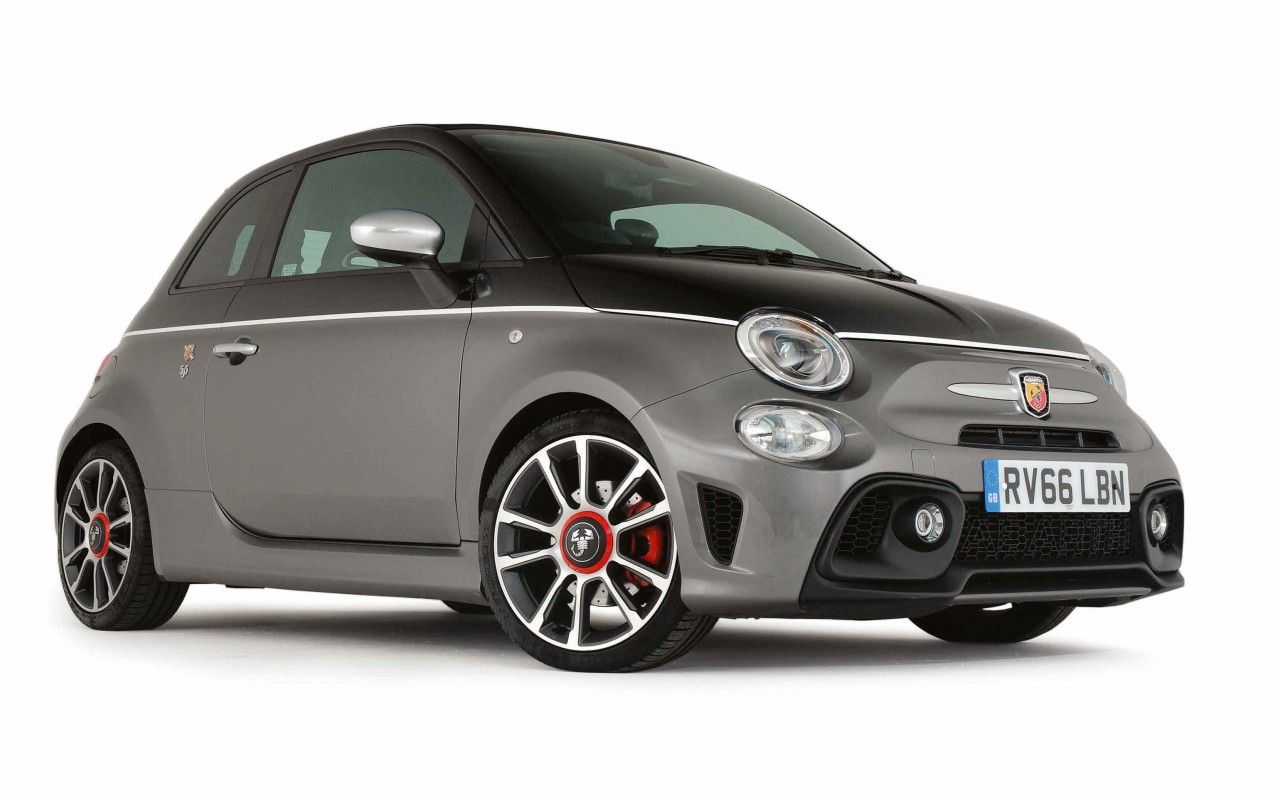 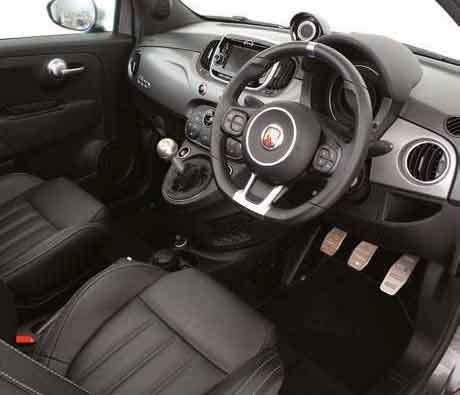 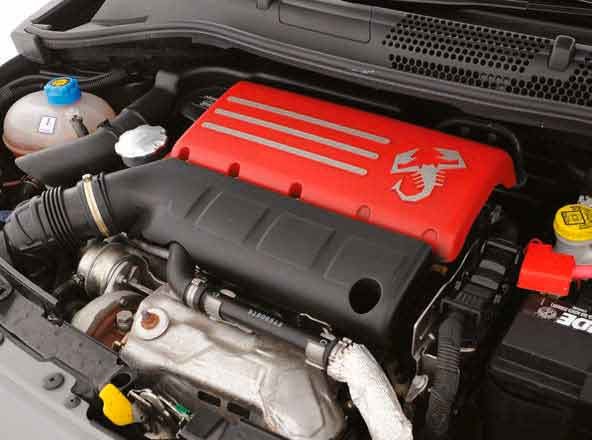 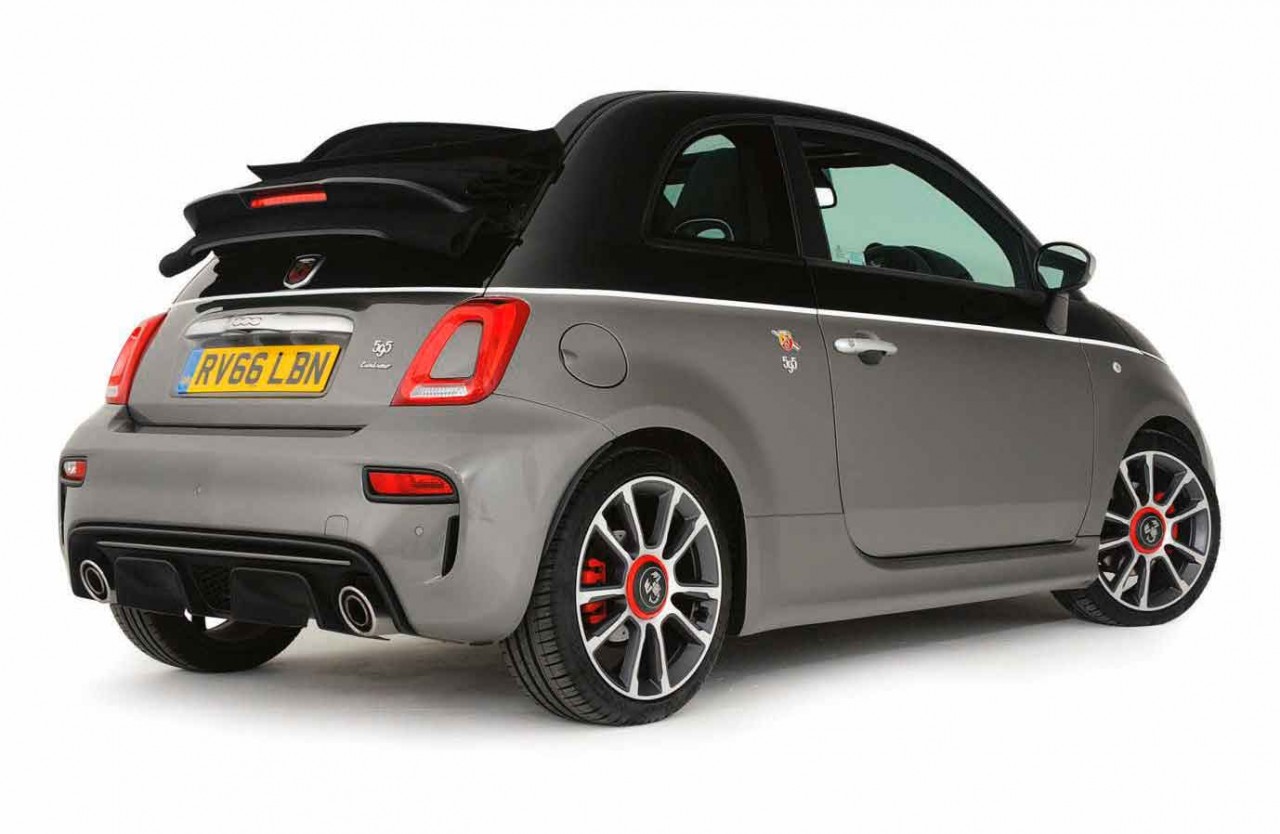 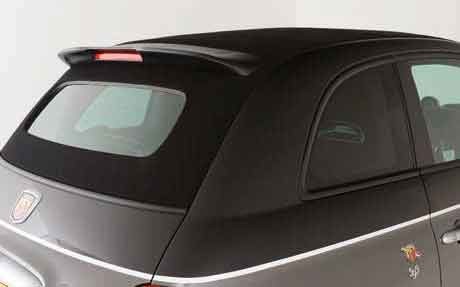 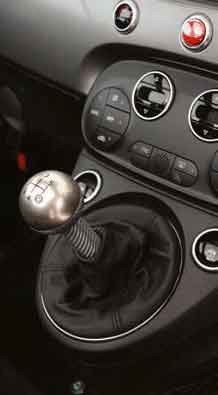 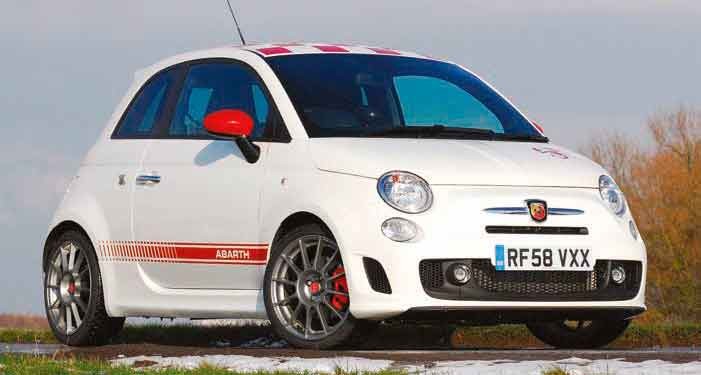 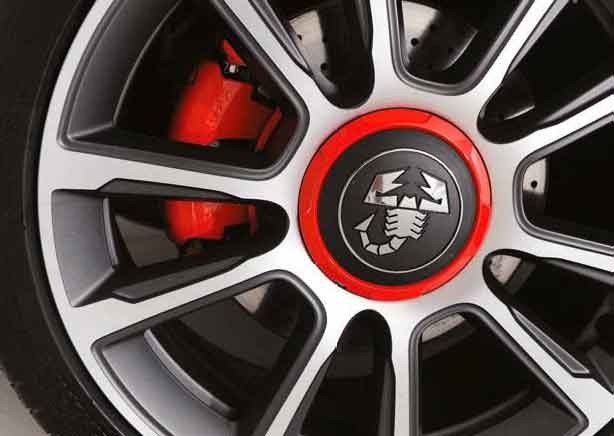 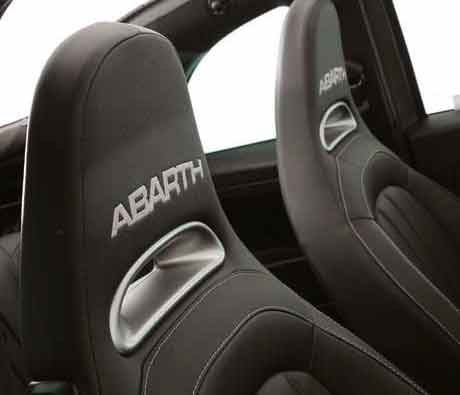 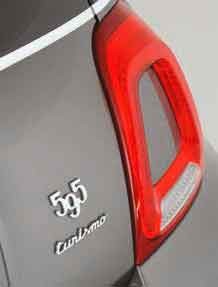 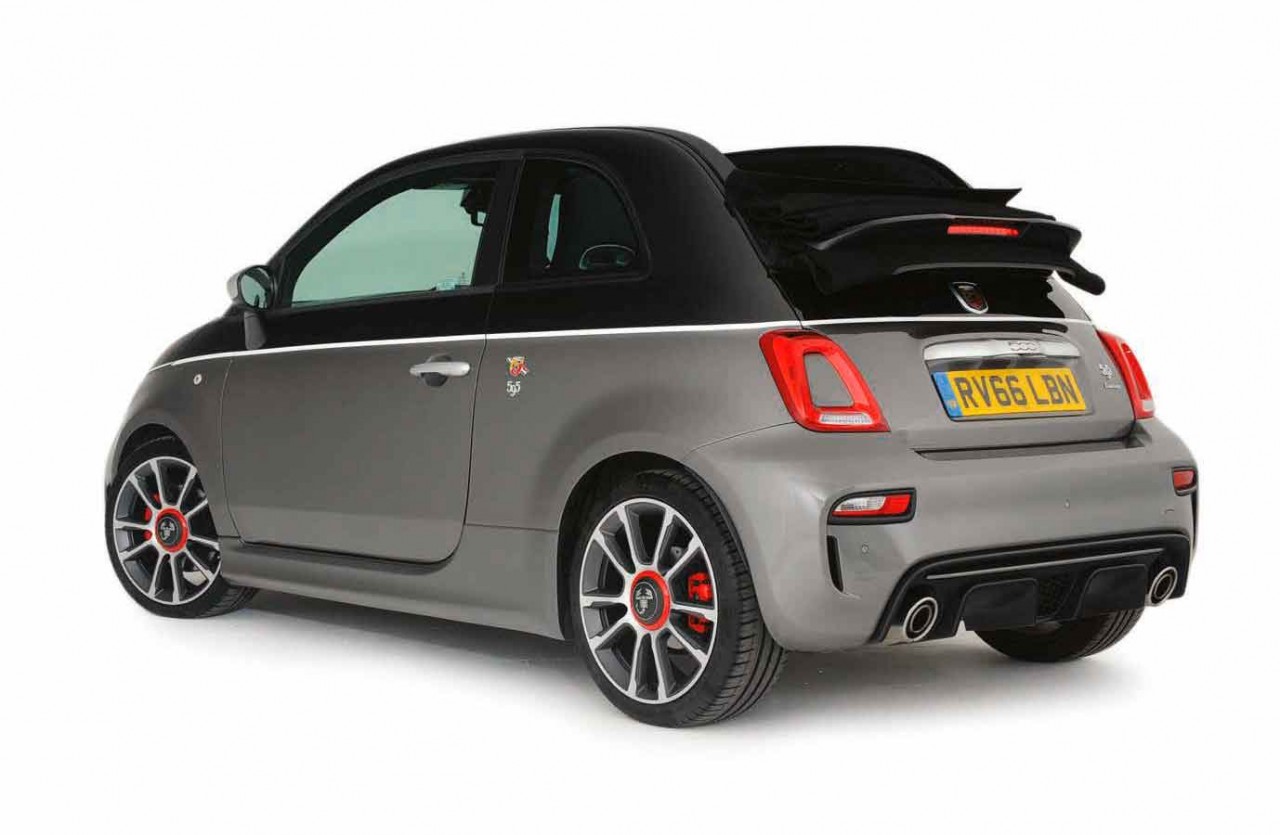 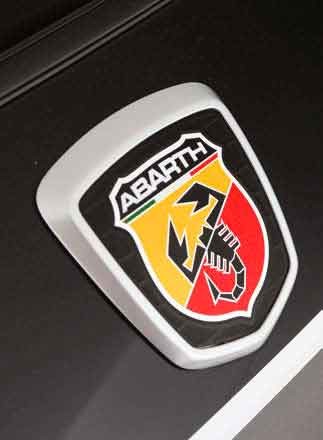 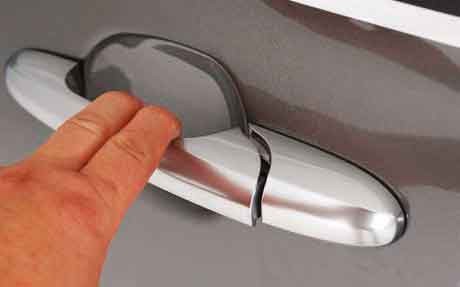 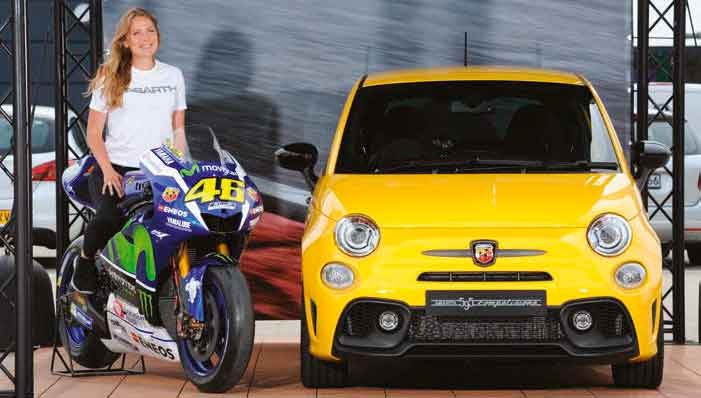 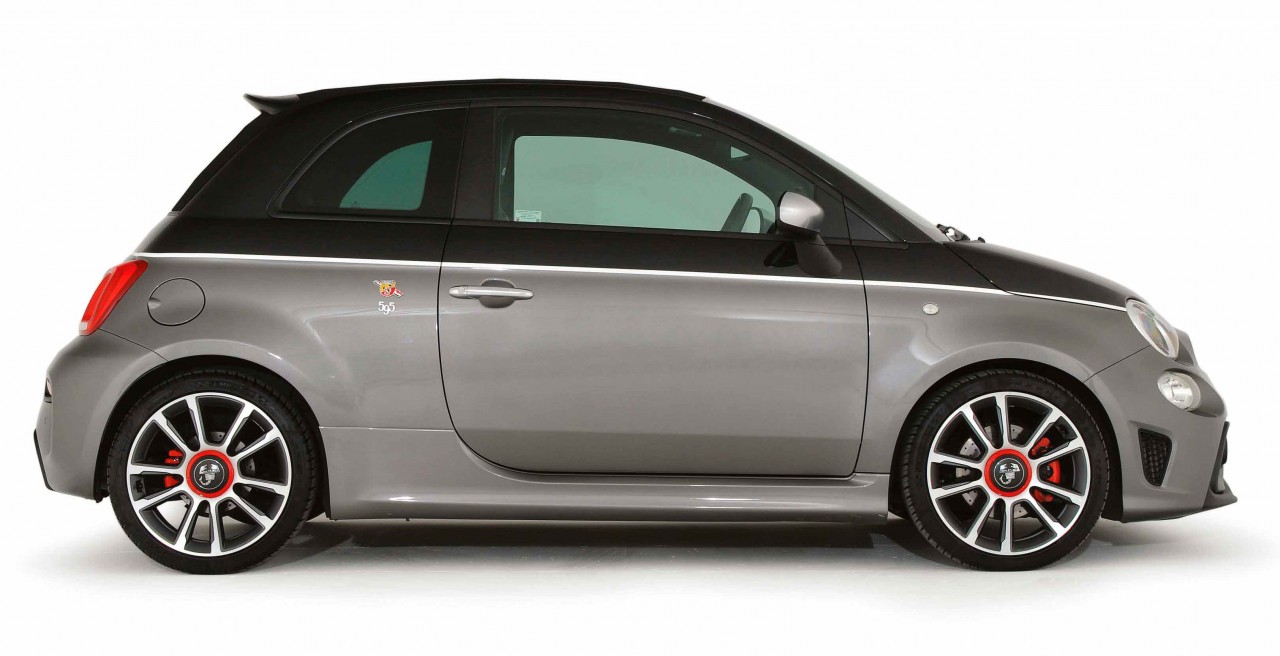 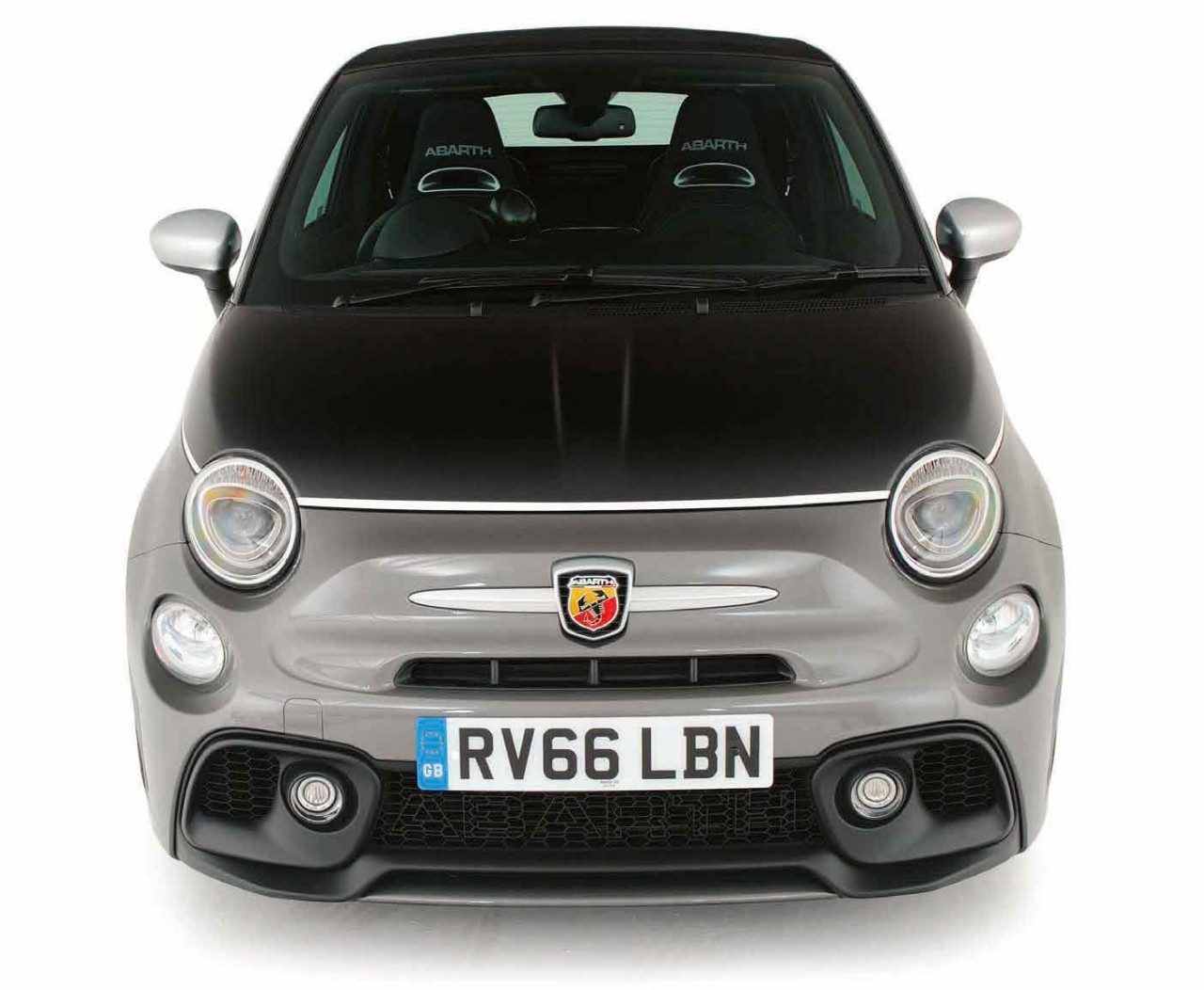 Not everything feels of the highest quality but this is mostly a straightforward and easy car to run.