After decades of Allegro-bashing, it’s humbling to see the 18 pages and front cover that Motor devoted to the car’s launch in May 1973. The world’s first Hydragas suspension, a five-speed gearbox on some, disc front brakes, improved interior/boot space and driving position over the 1100/1300, with less overall weight and better crash resistance – the Allegro sparked much positive comment, even if road testers hated that infamous Quartic steering wheel. Motor said: ‘The handling was marred by an unbelievable steering wheel that we all detested.’

How times change: now the early Quartic wheel is one of the most sought-after Allegro features, and the dumpy styling has a certain 1970s charm. A mix of A-series and E-series engines gave the Allegro 1100, 1300, 1500 and 1750 options, with the top-of-the-range 1750SS described on test as: ‘Spacious and well-equipped; smooth and quiet at speed; good handling; smooth ride under most conditions; competitively priced.’ Its suspension crashed over potholes, and access to the rear seats on the four-door was cramped, even though there was adequate space inside. Both criticisms were addressed by British Leyland by early 1974 – an impressive turnaround. The Quartic wheel was gone by October and the ride and fresh-air ventilation were improved in 1975, though the gearchange on five-speed E-series cars remained poor. The base 1100 was additionally criticised for its harsh and noisy engine, whereas its gearchange was the best yet for a front-drive BLMC model. Testing the 1300 Super De Luxe a year later, Motor only criticised gearbox noise.

Thanks to high gearing, the 1750 would cruise at 90mph and the 1100 at 80mph, even though their maximum speeds were not much higher. The Allegro came in a wide range of models and it’s worth sifting through to find the one that appeals to you most. The original 1750SS (Sport Special) is mildly iconic but only had 76bhp, whereas the 1974-on Sport and Hi-Line (HL) cars had twin SU carbs and 90bhp, giving significantly better performance (10 secs for 0-60mph was not at all bad from a mid-’70s shopping car).

The Vanden Plas, when it arrived in late 1974, was smooth and quiet, if a little cramped due to its more thickly-padded seats. The 1979 Equipe was the only two-door twin-carb 1750, a token challenge to the ‘hot hatch’ trend.

CORROSION Rust has sent more Allegros to the scrapyard than any other factor, so check carefully for rot and bodged repairs

FRONT BULKHEAD Rot in the heater plenum chamber, at the base of the windscreen and in the A-posts and footwells is costly to fix

FRONT WINGS Look around the indicators, the join to the valance (and the valance itself), and the rear lower corners; new wings are scarce

SILLS AND FLOORS Check underneath, below the carpets and behind any plastic sill trims

DOORS AND BOOT Door bottoms rot when drain holes block up, as does the boot floor

ENGINE Mechanical issues generally won’t condemn an Allegro if it has a good bodyshell, though it may be more cost-effective to swap a worn engine for a better one than to rebuild

Allegro engines lacked refinement but are easy to work on and cheap to run, with faults easily spotted. The E-series can be prone to head-gasket failure, so check the cooling system for leaks or overheating; look for emulsion in the oil filler cap and oil in the coolant. Ensure the engine fitted is what it claims to be.

Quartic wheel is sought-after; the dash is simple, but new switchgear is rare – a Mini indicator stalk fits, but the horn icon is upside down.

Early vinyl seats last well; later cloth and velour is prone to wear, fade and rot. Little is available new and used trim is rare, so best to find a good one.

The Allegro’s suspension is simple and effective, with most joints an easy DIY repair. The Hydragas system rarely needs more than a pump-up.

Supplies of new front wings are drying up, so rusty ones may need costly repairs. Headlamps and body trim items are also getting scarce.

The Allegro successfully addressed criticism of the ADO16’s driving position, and combined adequate interior space with a much bigger boot. The Quartic wheel wouldn’t be considered outlandish today, but traditional Brits ridiculed it and the police even suggested it contributed to accidents in its panda-car fleet.

Although some of its mechanicals were aged, the Allegro’s on-road performance was praised by road testers; post-’75 cars were improved.

Launched just before the hatchback revolution, the Allegro sought to make Alec Issigonis’ packaging ideas fit 1970s legislation, with a style all of its own.

Build quality was probably the Allegro’s biggest problem when it was new – this was the time of strikes and unrest at British Leyland, remember, and most cars were shoddily put together – but those that have survived are likely to be the few that were put together properly. Most of those faults will have been corrected by now and it is a car that is very easy to work on at home. 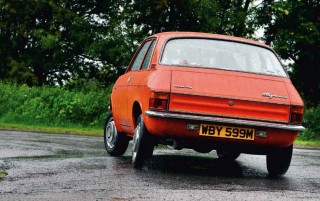 As far as the engine is concerned, if it’s not rumbling, rattling or smoky, then it’s got plenty of life left in it – and even if it is worn out, it will be relatively cheap to rebuild. A-series units are well served and parts are easy to find – the E-series not so much, but the club’s spares service can usually help. Gearboxes last well, too – check synchros, especially in second – with a good change on four-speed A-series cars, but a much-criticised shift on the E-series five-speeds.

The optional four-speed AP automatic, in MkII form, was not the most refined either, but it did have a useful manual selection option and is quite durable, though few specialists can rebuild them now. Overall gearing was always high, to give relaxed cruising and reasonable economy. Clicking on tight cornering indicates worn driveshaft CV joints.

Sagging Hydragas suspension can be readily pumped up by any MGF-servicing garage – provided that the gas spheres haven’t failed. Bounce each corner and if one feels much harder, it may need a sphere replacement (again, the club has come up with solutions here).

“My mum had one when I was a kid,” recalls AA patroller Alex Phillips. “We went everywhere in her little yellow Allegro so I have fond memories of it. When my Rover P6 was written off in 2014, I wanted another classic to drive while it was being rebuilt – and saw this Austin for £800 on eBay. When I saw how little rust there was and the big file of paperwork, I bought it. 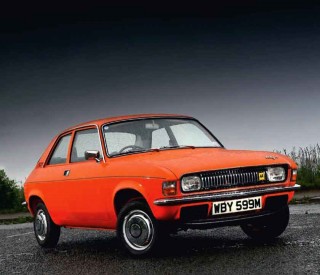 “It had only had one lady owner, who traded her four-year-old Triumph Herald for it and kept it for 40 years. I had the dents taken out, some small repairs welded in the bottom of the front wings and the sills resprayed – then ended up with a full engine rebuild because it was smoky. I’ve sprayed the faded carpets, sourced NOS hubcaps and cut down FX4 ’screen chrome to fit: it’s won a couple of awards and I love driving it.”

“I saw it on eBay: it had only had one lady owner, who traded her Triumph Herald for the Austin and kept it for 40 years”

With its slightly lumpen Harris Mann styling, no hatchback and the notoriously poor quality control at British Leyland, the Allegro struggled to match its contemporaries when it was new. Judged as a practical classic today, however, it is a relaxed, compact cruiser with an iconic charm all of its own. Plenty have survived with low mileage and cherished history, and they are currently brilliant value for money.

FOR +  Cheap to buy, simple and reliable, the Allegro has survived to defy its critics and is supported by a keen club that can supply parts and lots of advice

AGAINST –  Low values mean major work is uneconomical, so many have been bodged over the years and correcting those repairs can be hard

This late VdP had £5k-worth of restoration by SLJ Hackett in 2015, including lots of new metal, paintwork and rebuilding the E-series engine. Photos rather than bills support the work, and old MoTs confirm the mileage.

It’s solid, though bubbles are appearing in the rear arch lips. It appears to have been repainted up to the beltline, because the coachline looks original; it’s not the best respray, but the Russet all matches. The plastic sill trims are good, the hubcaps mostly undinged and the bumpers okay. The tyres are half-worn Goodyear GT70s, with an older Michelin ZX on the spare.

Inside, the leather is lightly creased and the veneers perfect. The vinyl door cards are good, the clock works and the Unipart radio remains. Under the bonnet it’s superb, with perfect inner wings, but the oil is dark and just over ‘min’, the coolant sludgy in the bottom of the bottle. It starts instantly, idles smoothly and drives well with a very comfortable ride. Temperature stays in the bottom third of the gauge, the brakes are uninspiring but pull up straight, and the ’box is as vague as they ever were. The steering has some play in the column, plus rattly balljoints – but not enough to stop it getting an MoT.

Body is straight and shiny after £5000 of restoration work. The engine has been rebuilt and runs quietly with no leaks. Original carpets are unworn and the headlining is excellent.