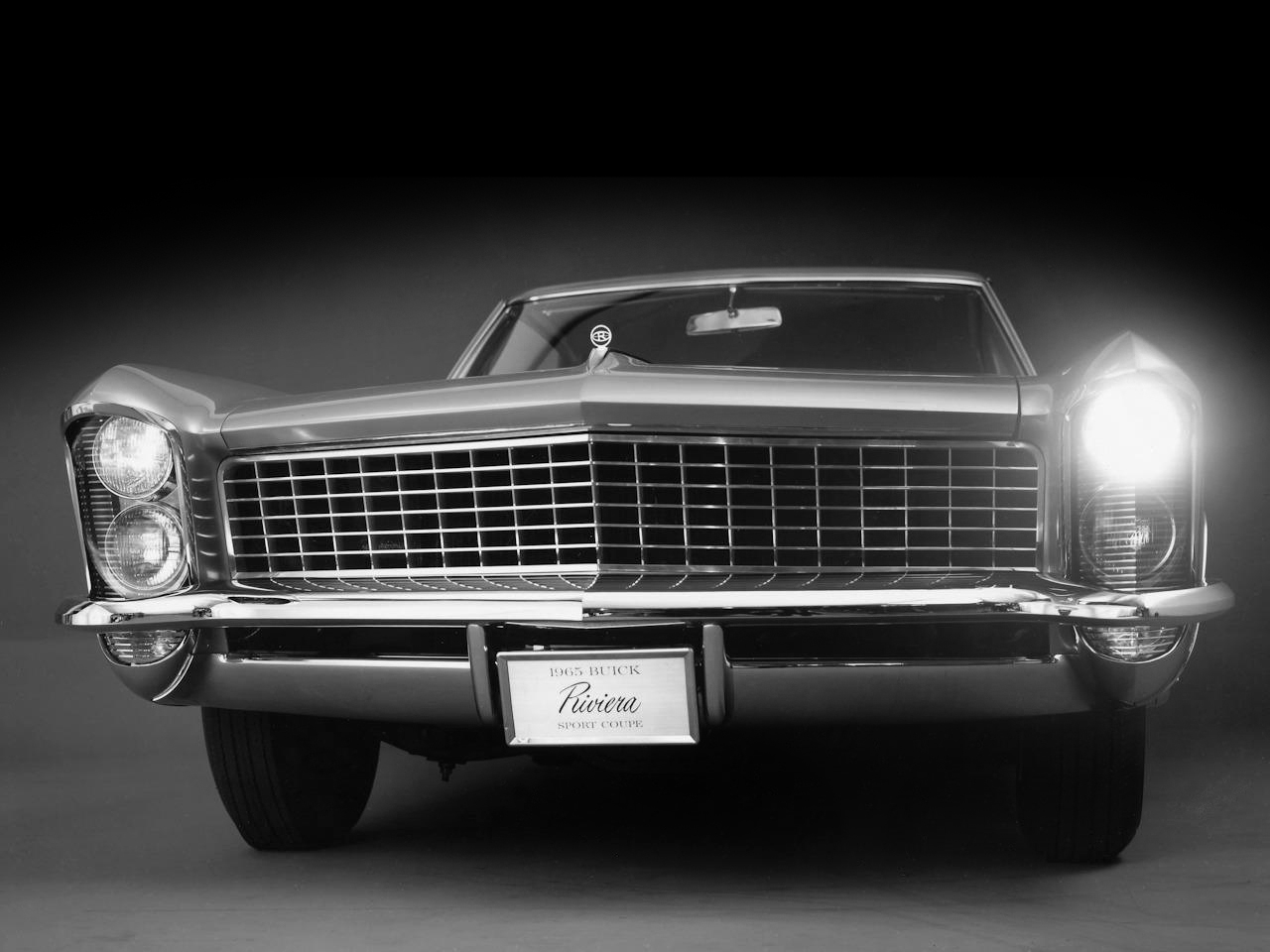 That Riviera touch! This month Tony waxes lyrical on the gentleman’s muscle car, the executive express… the one and only Buick Riviera! American car styling’s high point is usually considered to be epitomised by the high-end exclusive thoroughbreds such as the Auburns, Duesenbergs and Cords of the late Twenties and early Thirties. These were times of great opulence and decadence for the lucky few and their cars were undoubtedly fantastically elegant, more rolling pieces of art than mere transportation.

The breathtaking designs of these incredibly beautiful machines were never really down to the average car buyer of the time. Then along came the 1963 Buick Riviera and everything changed; here was a car that looked like a Rolls Royce, drove like a Cadillac and had the power of a muscle car, but at a relatively affordable price, available to just about everyone, not just the mega rich few. The ’63-65 Buick Riviera to my mind is in an altogether different league from most Sixties cars as it was a styling landmark for the US auto industry. The Riviera had nearly been a Cadillac and just might have been named the La Salle, Cadillac’s junior brand from the Twenties to the Forties, but Cadillac declined the luxury coupe and so it went to Buick.

The Riviera made its debut at the Paris Motor Show in the autumn of 1962 as a 1963 model designed by the legendary Bill Mitchell, the GM vice-president of styling who gave the car elegance beyond belief with a 325bhp 401cu in V8 as standard. Mitchell had assembled a crack team of designers, including Ned Nickles, at the GM Tech Centre in Warren, Michigan, for the project. Nickles was very important to this creation and had numerous design success stories to his name, including the 1949 Roadmaster Riviera, and had also worked on the Chevrolet Corvair concept. The new car was given an experimental number of XP-715 and eventually a body code of 4747. The interior design was left to the very capable George Moon who conjured up front bucket seats and an incredible centre console, V shaped to accommodate an ashtray, two cigarette lighters, a glovebox, the gear selector, courtesy lights and duct work for the A/C and heater plus a button for the ejector seat. Okay no ejector seat, I made that up, but it was a phenomenal- looking and incredibly well equipped car, even by Sixties standards.

The Rivieras were built in Flint, Michigan, but Buick’s first pillar-less and frame-less side glass hardtop caused many problems for the Fisher Body folk who developed a unique way of fitting the glass to the seal and making it watertight.

The Riviera’s hide-away headlights set either side of the flush grille gave the car a wider appearance and started a trend in design. Riding on a 117-inch wheelbase, the two-door car’s dimensions were just right for its image as a personal sports luxury coupe, with power steering as standard, deemed to be necessary because of its high kerb weight at over two tonnes. Nevertheless, it did not detract from road feel and provided 3.5 turns lock to lock.

On the engine front, the standard mill in the Riviera was the 401cu in V8 ‘Wildcat’ and an increased bore size produced the optional 425cu in engine, a huge lump for its time, giving 340bhp. The old Dynaflow auto transmission renamed the Buick ‘Turbine Drive’ provided the smooth gear changes, but only lasted one year, to be replaced by the Super Turbine Drive that gave harder shifts.

The car weighed in at a hefty 4200lb, had a length of 208in, a width of 76in and a height of 53in. Throughout the late Sixties and Seventies, the car kept this with each model change and only in 1977 did it start to shrink again in line with GM’s policy of downsizing. With rear end ratios of 2.78, 3.23, 3.42 and 3.91.1 and a positraction unit available, virtually every type of driving could be catered for. Buick needed to recover from some pretty lean years and the Riviera would be crucial to its convalescence. The car needed a special image and the division’s marketing guru Roland Withers made sure absolutely no one could miss a Riviera.

In the interior department, the Buick did not disappoint either; this luxurious car came standard with power brakes, heater-defroster,

AM radio, bucket seats, console, wood grain inserts everywhere and loads of courtesy lighting. Air conditioning was an option and power seats which could be had in full leather, power windows and a tilt steering wheel.

For 1965, the Riviera could be had with an even more muscular presence, the Grand Sport. Ordering the ‘A-9’code (the special GS code) gave you a Super Wildcat 425cu in dual four-barrel engine, with modified exhaust and transmission. There were also a host of suspension and handling upgrades, with a “Posi” rear end, which gave the car a real kick. Unsurprisingly, the car has been christened a ‘Timeless American design classic’ and is up there with other such styling greats like the 1965 Mustang and 1963 Corvette Sting Ray.