I’m not quite sure what it is about a Mk1 Jetta Coupe that does it for me. Perhaps it’s that as a standard car they’re just so, how should I put this? Ugly! Introduce a reduction in ride height and a set of choice wheels, though, and that all changes… instantly! Okay, the shape of the Mk1 Jetta (and Mk1 Golf, while we’re on the subject) is never going to win any beauty prizes, but I think that’s part of their appeal… It’s all about understated cool, if you like. 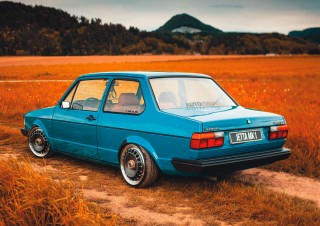 I remember growing up as a teenager a guy in my home town (who I would later discover was called Chris Marr and become good friends with) owned a black Golf Rallye – the very car that encouraged me to save and eventually buy my own Rallye. He also had an unassuming-looking Mk1 Jetta daily. The little red car wasn’t much to look at, just being lowered over a set of 15” Corrado Estoril wheels, but boy was it quick. My friend at the time had an Mk1 GTI 8v which we thought was fairly rapid… until we went up against the Jetta. It pretty much left us for dead!

We later discovered the little red rocket was running a tuned 16v motor, which was apparently the first swap of its kind in the UK. From that moment on I had a proper soft spot for Mk1 Jettas, which has stuck with me to this very day. You can image my excitement when I clocked a load of Danish lad, Emil Lydersen’s Paragaas Blue car then, especially as it was also dumped over a set of my favourite old-skool wheels!

Twenty-seven year-old Emil has been into VWs for as long as he can remember and has previously owned three Mk1 Golfs prior to the Jetta: “I bought my first Mk1 Cabby in 2009 and did some small mods to that. Then followed a Mk1 GTI, which was treated to 15” BBS RS and suspension but nothing too wild,” he continued: “I’d only had my third Mk1 for 8 months before the Jetta came along, but that still gave me time to fit air ride and a set of OZ wheels to the Golf.” 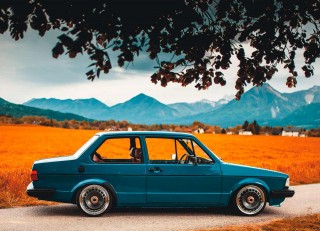 The Jetta actually came from the same guy Emil bought his latest red Mk1 from: “He sent me a text asking if I wanted to buy that too as he needed the money.” Emil didn’t need to think too hard about it: “I was familiar with the car as it had originally been built by the Danish car group, Blanz Society, so I knew everything had been done right… it would surely be a good base for my next project.”

Emil was initially drawn to the Jetta because everybody, including himself up to that point, seemed to be doing Mk1 Golfs, but few took on the booted Jetta. The fact it was the rarer Coupe model and going for a silly low price, made the base car all the more special and appealing. When the 1983 Jetta Coupe arrived it was in great condition: “It was pretty much mint, all the rust had been sorted by the previous owner and the car had been repainted in the original Paragaas Blue, which meant I could mainly just focus on the interior, wheels, suspension and engine, basically putting my own touch on it!” Being a trained mechanic, but also working as a fabricator, meant Emil could turn his hand to most areas of the transformation.

As the car already came on a set of coilovers, the first thing Emil did was initially offer up the set of OZ Turbos which had previously been fitted to his red Mk1 Golf. These stayed on for a while but were later swapped for a set of 17” BBS RS with reverse mounted faces, which looked pretty sweet, but didn’t make the car unique enough in our mind. Clearly Emil shared our views because it wasn’t long until he’d lined-up what have got to be the ultimate set of oldskool rollers in a set of centre-lock Ronal Racing Turbos. “I bought the wheels from Racing Team Hoffman in Germany as I’d always dreamed of owning this particular wheel and decided this car was the one to warrant them,” he said. To find a set in centre lock fixing made them extra special, but Emil had one slight dilemma: “I couldn’t decide whether I wanted them made up in 16” or 17”, so we put the car on a trailer and travelled the 1000km journey from Denmark to Germany, to offer them up,” he smiled. Emil made the trek south with his father and good friend Jonas (@ rallye_jonas) Knudsen. Jonas is no stranger to long haul rides, having driven his own Rallye across to the UK for this year’s UK Rallye Golf Show (see for more details). On arrival in Germany the chaps soon decided 16” was the way to go, so the guys at Racing Team Hoffman measured up what hardware they would be need to make up the wheels, plus produce the centre lock hub adapter plates which would bolt into place and allow the perfect fitment. Meanwhile, Emil set off on the 27-hour return trip back to Denmark. Now that’s commitment for you! 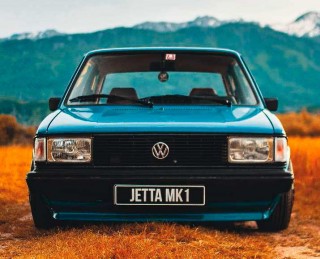 “I knew from the outset that I really wanted to swap the existing coilovers for an air ride set-up. I’d run a TA Technix air kit on the red car, but decided to go with Air Lift and 3p management for the Jetta.” He continued: “The kit is TUV approved and such a great ride, plus the 3p allows you to keep a really simple looking install.”

It’s funny how things escalate when building a project. Emil wasn’t planning to go half as far with the Jetta as he did, but once he started found it hard to stop: “I’d been inspired by a red Mk1 Jetta I saw in Worthersse a few years ago and I guess that motivated me!”

As much as Emil would have liked to opt for a 1.8T swap when it came to engine he resisted and stuck with the original 1.5-litre 8v motor the car came with from the factory with. “The previous owner had fitted a 272 degree cam and stainless exhaust, so my dad and I decided to add a set of twin 40 Webers after the photoshoot in Worthersee last year.” Emil has since fitted a cross-flow 8v head to switch the carbs around, so they now face the front of the car, for better air flow.

The final part of the puzzle was the interior, Emil wanted a shade that would contrast with the Paragaas Blue, rather than simply opting for black which would get lost. He was really struggling with making a final choice though, so in the end he left the final choice to local company, Testberg who were carrying out the retrim. “I felt like the interior was the last thing the car needed to be perfect. I swapped the Mk1 seats for Mk3 Recaro items as the originals weren’t great for long journeys,” he continued; “the trim took around a month to do. In the end I left the colour to the guy doing the job as I trusted him and I couldn’t have been happier with the result. I was blown away when I first saw it, I didn’t really know what to say. It’s probably my favourite part of the car if I’m honest.” 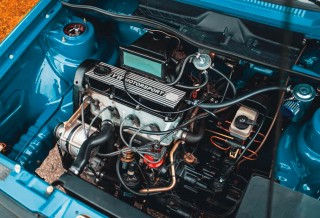 Emil was happy to report that the car drives just as good as it looks: “I just love taking it for a cruise on the weekend with friends, you just don’t get that same feeling from modern cars.”

Looking at the impact this car has, it’s really hard to comprehend how little has changed over standard. On paper it’s the factory colour and other than custom Porsche door handles the body is bone stock, too. Even the base engine remains, albeit with some double barrel carbs bolted to the top. Ultimately it’s just the colour combination of paint and trim combined with killer stance and super rare wheels that’s nailed it. If only we could all refrain from going overboard with our own projects we’d probably all be as happy as Emil is. “I’ve got a new set of wheels for this season, BBS E52s,” Emil tells us. We’ve yet to see them on the car, but, as lovely as E52s are, they’re going to struggle to have the same impact as the Ronals. Let’s wait and see, though. We’ve liked everything this lad has done so far, so who knows, right? 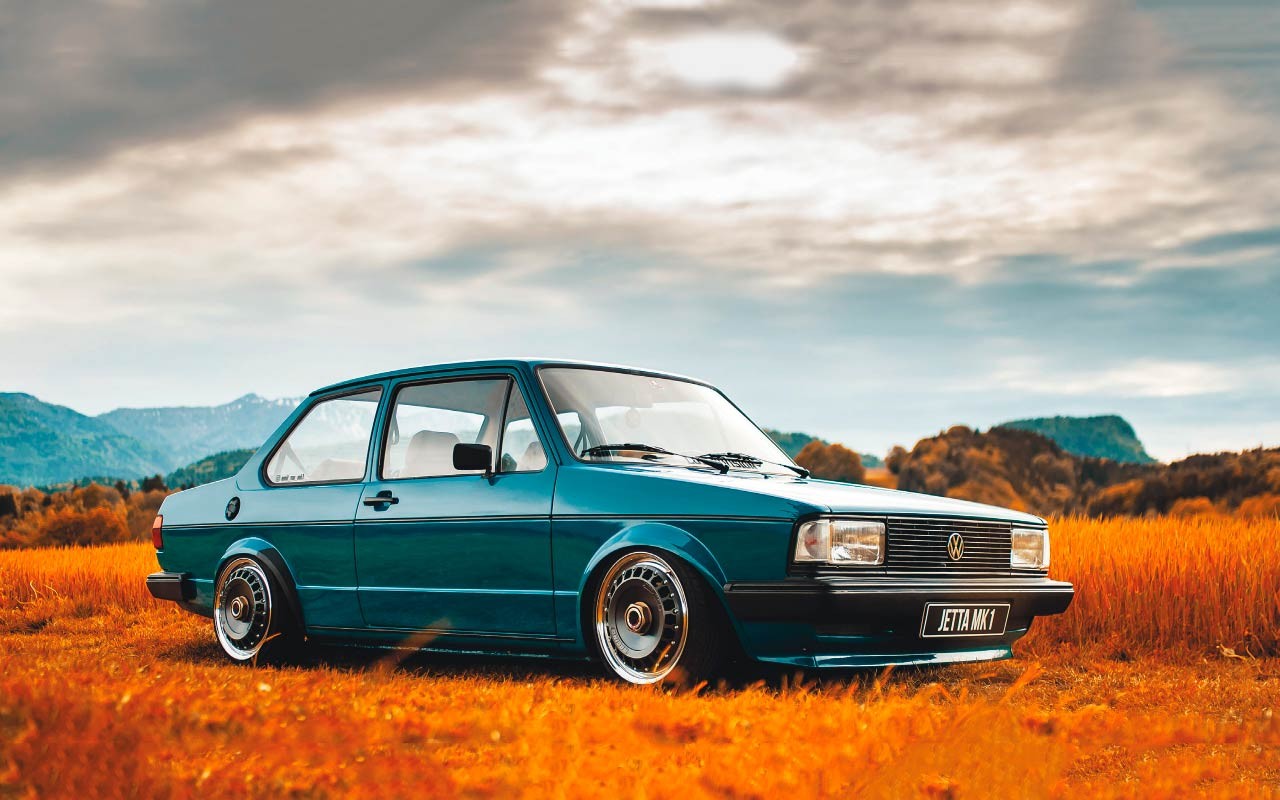 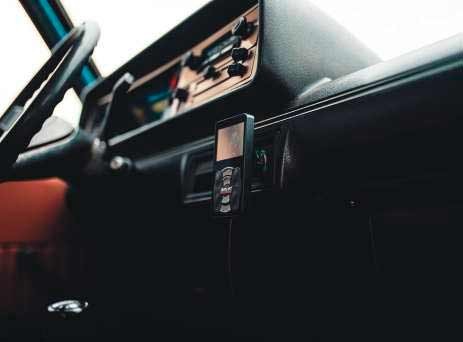 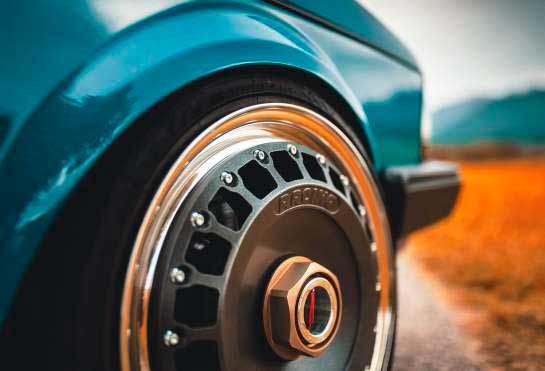 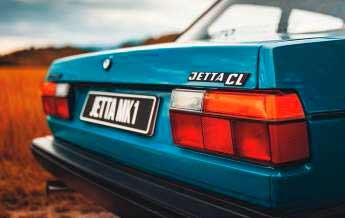 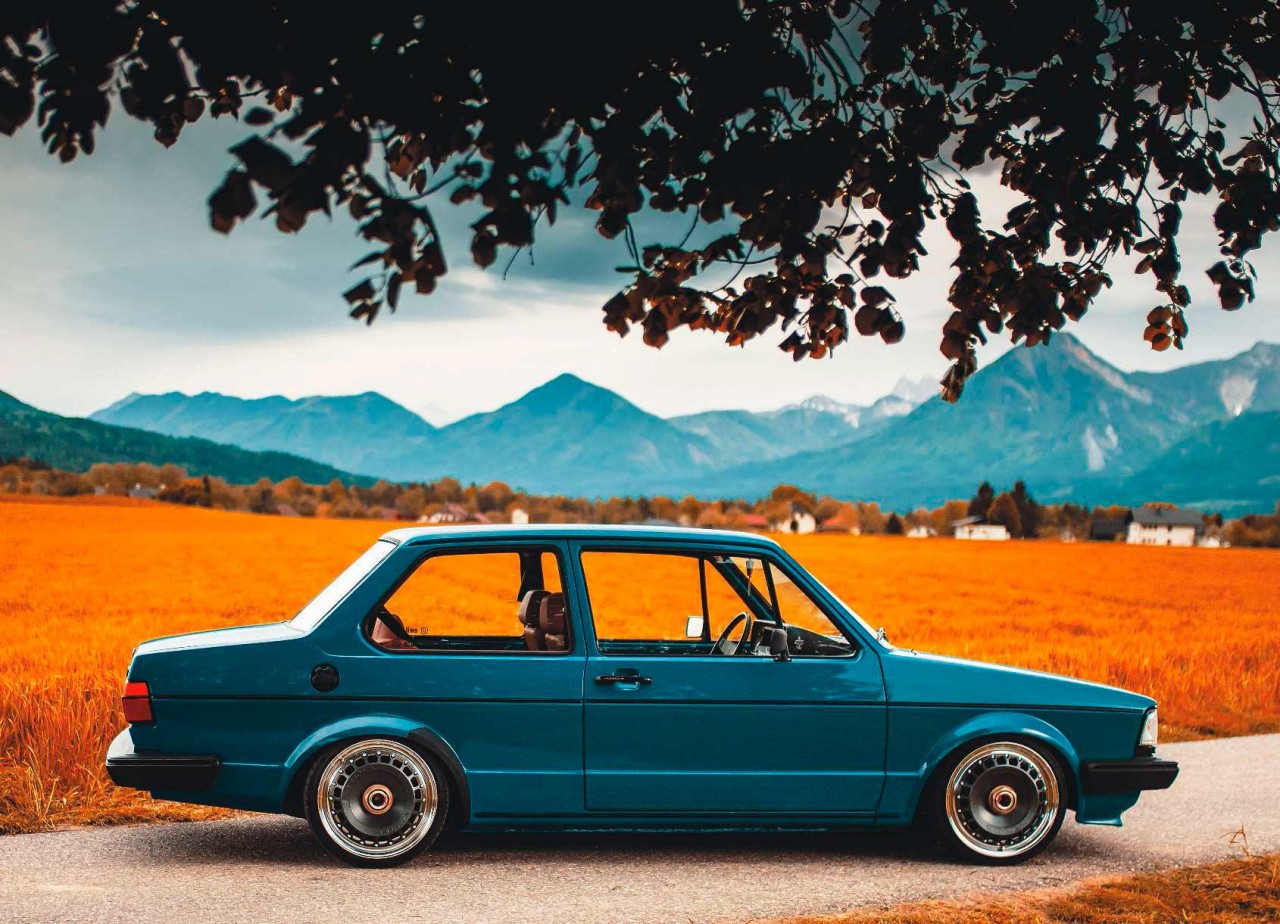 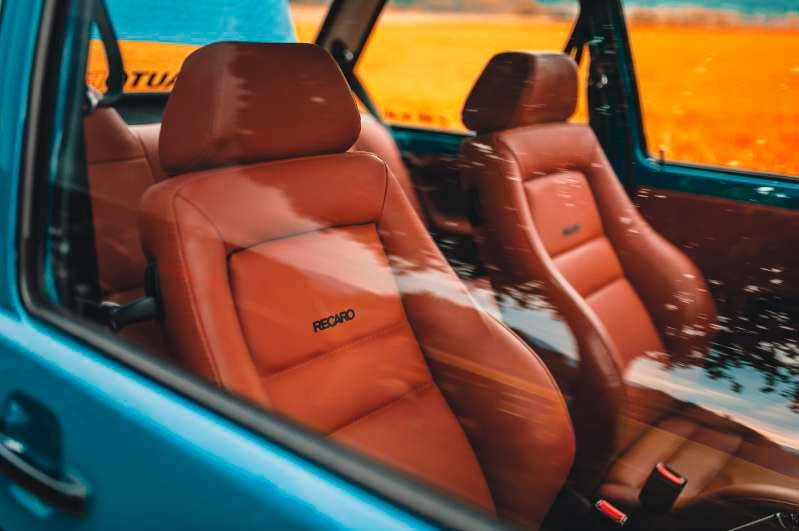 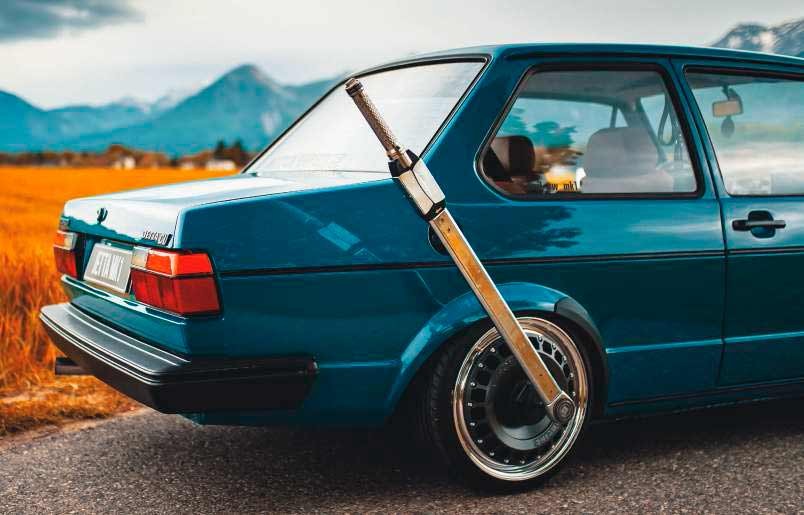 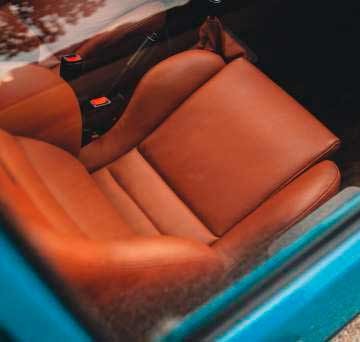 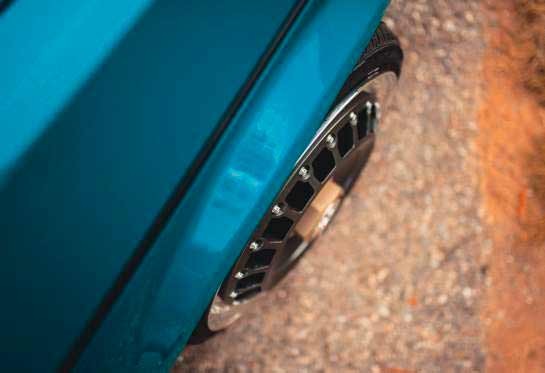 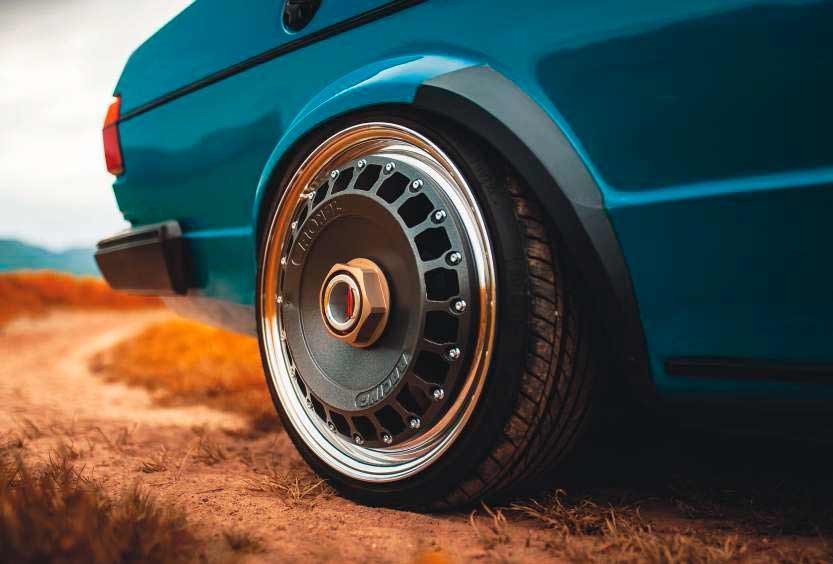 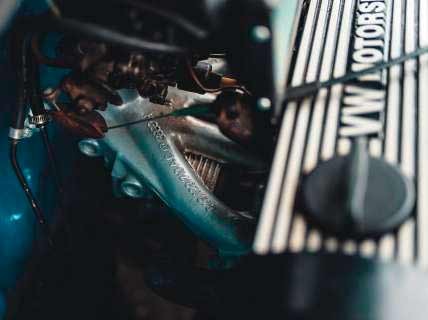 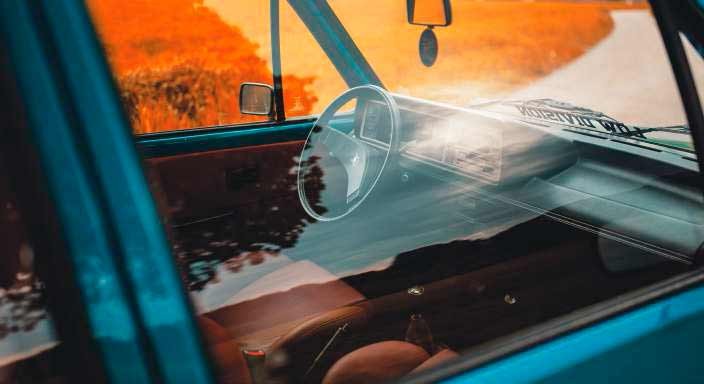 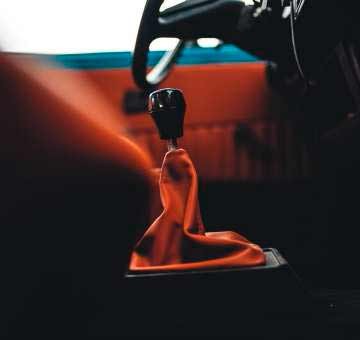 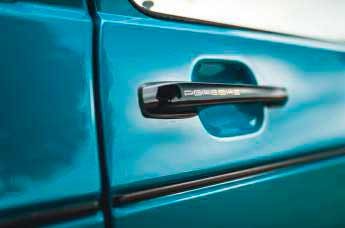 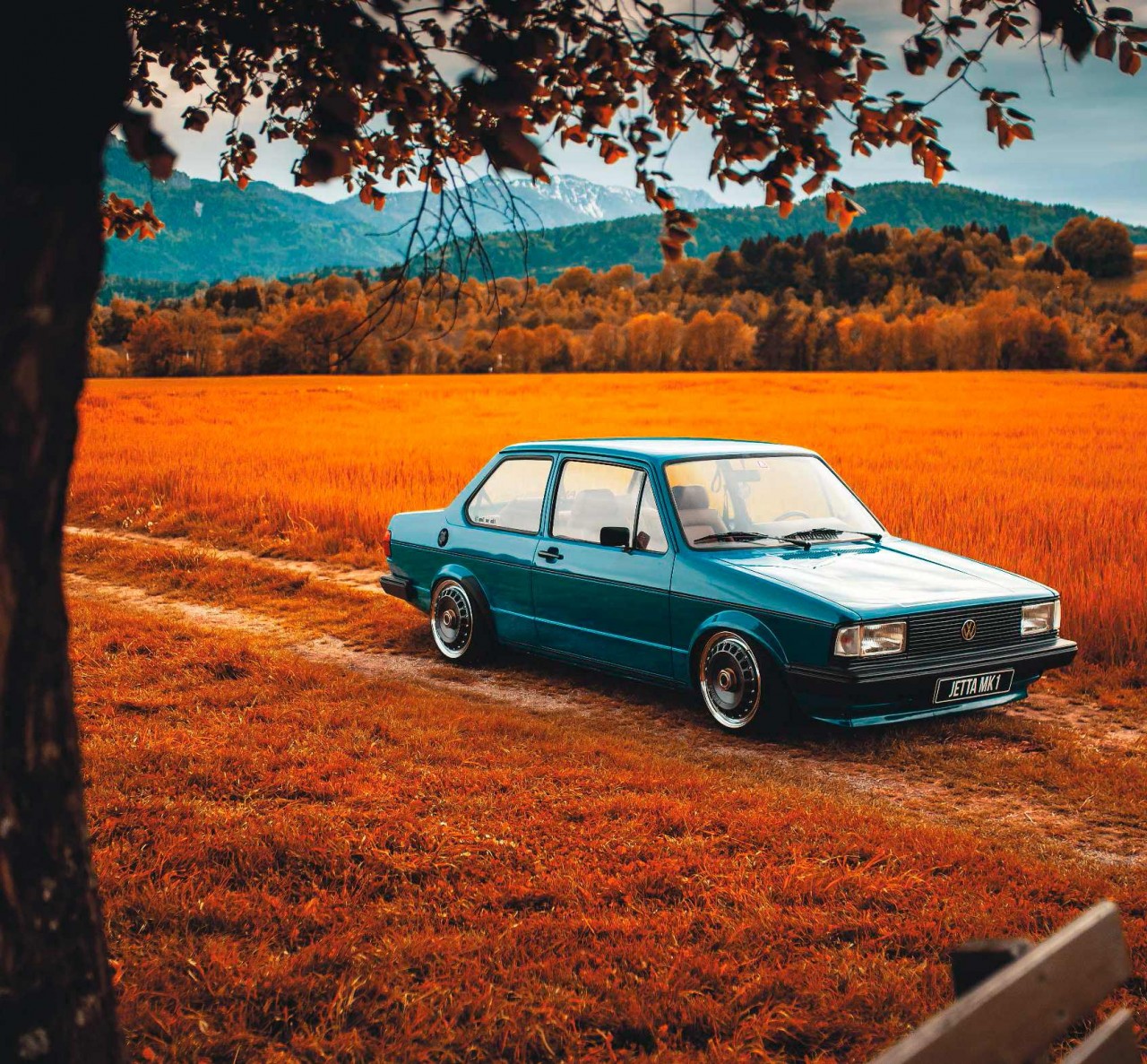 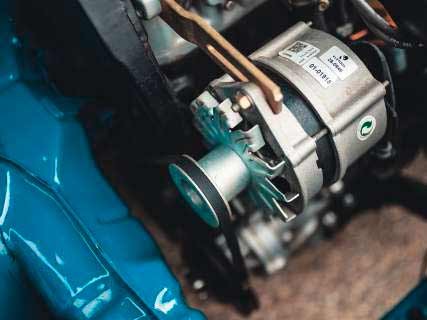 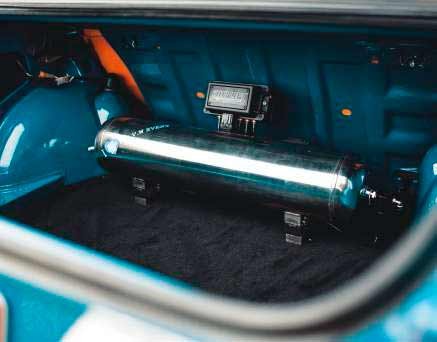 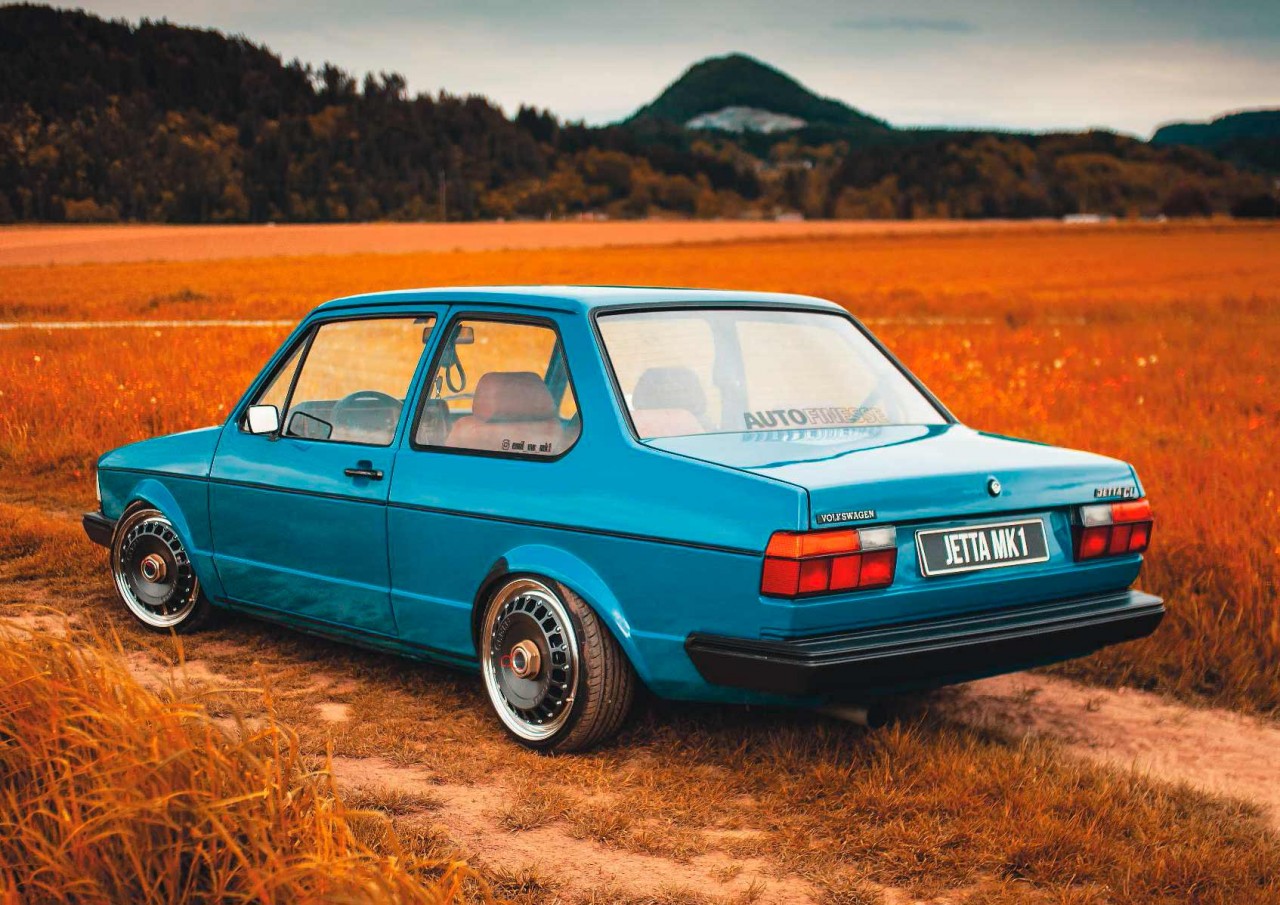 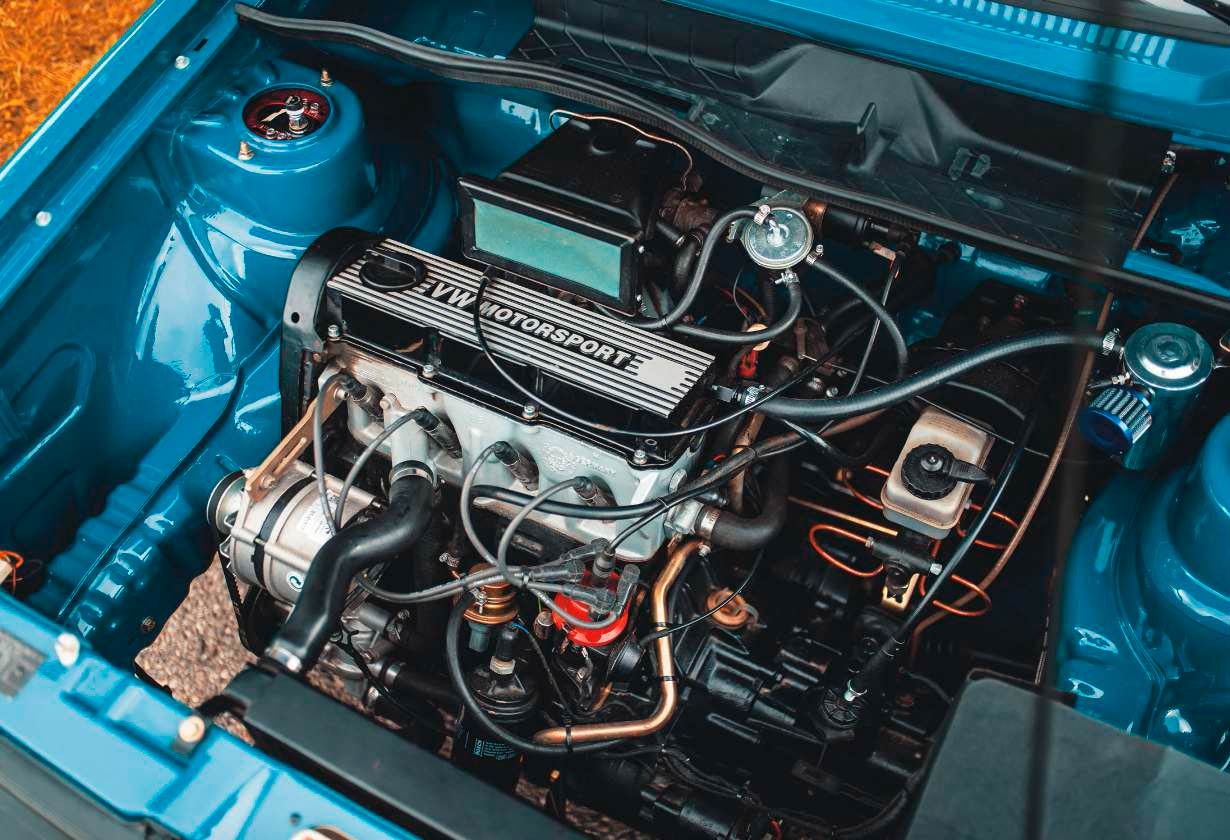 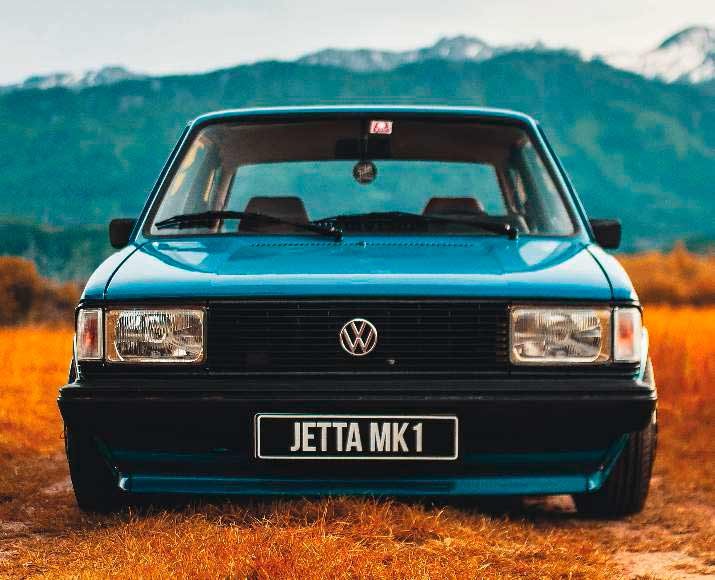 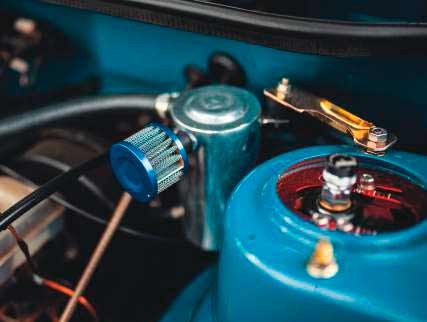 Ronal Racing wheels were supplied by Team Racing Hoffman in Germany and built to Emil’s desired sizes. Such a subtle car and yet such a massive wheel wrench. You’ve got to love it, regardless…Emil knew he didn’t want black leather but left final colour choice to Testberg who were carrying out the retrim.

SHOUT: I would like to thank my dad for helping me with the car and my good friend @rallye_jonas for taking the trip with me and my dad to Racing Team Hoffman