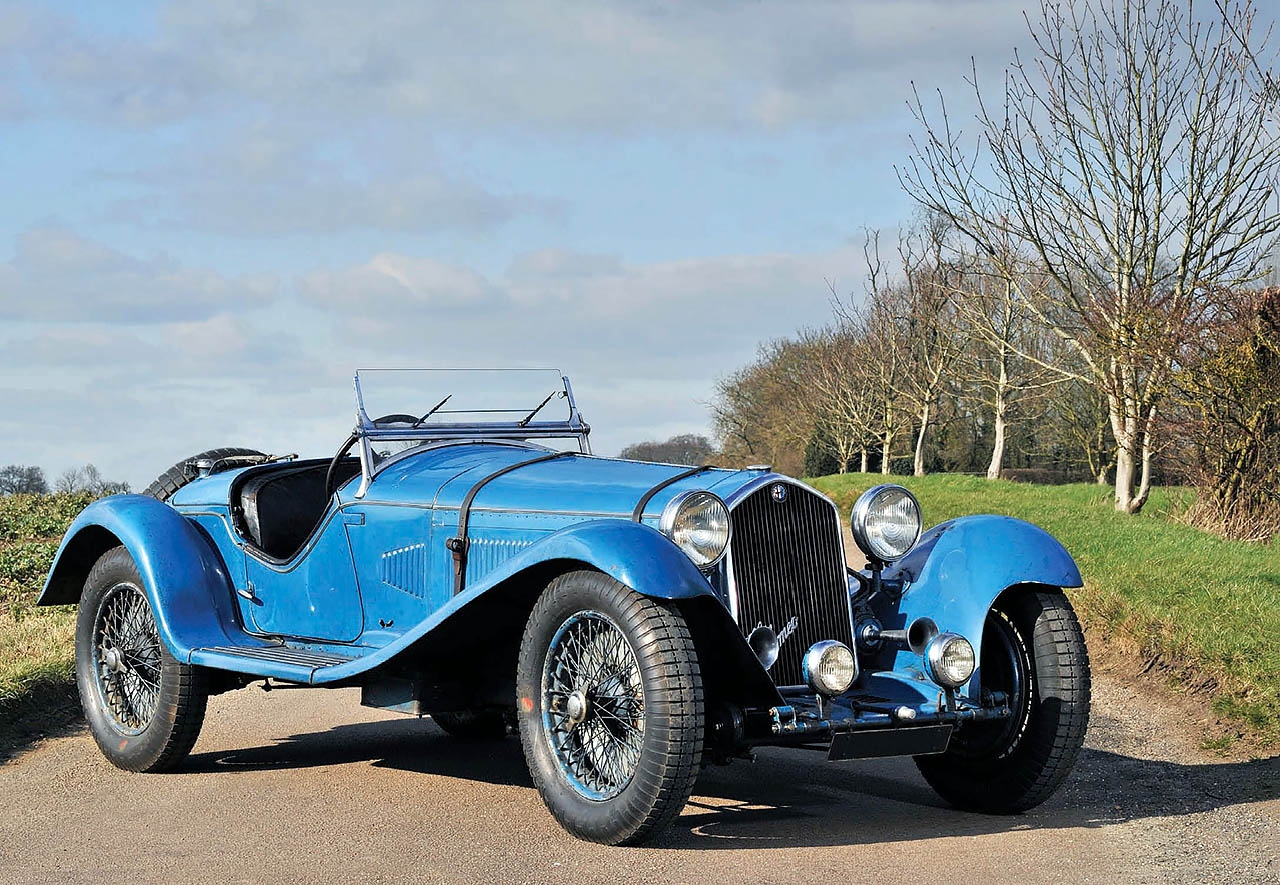 In mid-March, a small number of journalists and Alfa-oriented folk, were invited to an unveiling at the RAC Club in Pall Mall, London, a site familiar to special cars, owners and enthusiasts. There sitting, already unveiled, was a remarkable, blue Alfa Romeo 8C 2300, which very few people had ever seen before. It’s patina and originality promised an interesting story.

Alfa Romeo had a busy racing history in the 1920s, especially with the P2, and a great number of races were contested towards the end of that decade by the 6C 1500 and 6C 1750 sportscars, and Alfa also won the Mille Miglia. As the 1930s dawned, the company wanted to ensure that it would be at the forefront of motor racing in the decades to come, and thus was born the 8C 2300. Some 190 chassis would be built between 1931 and 1934. 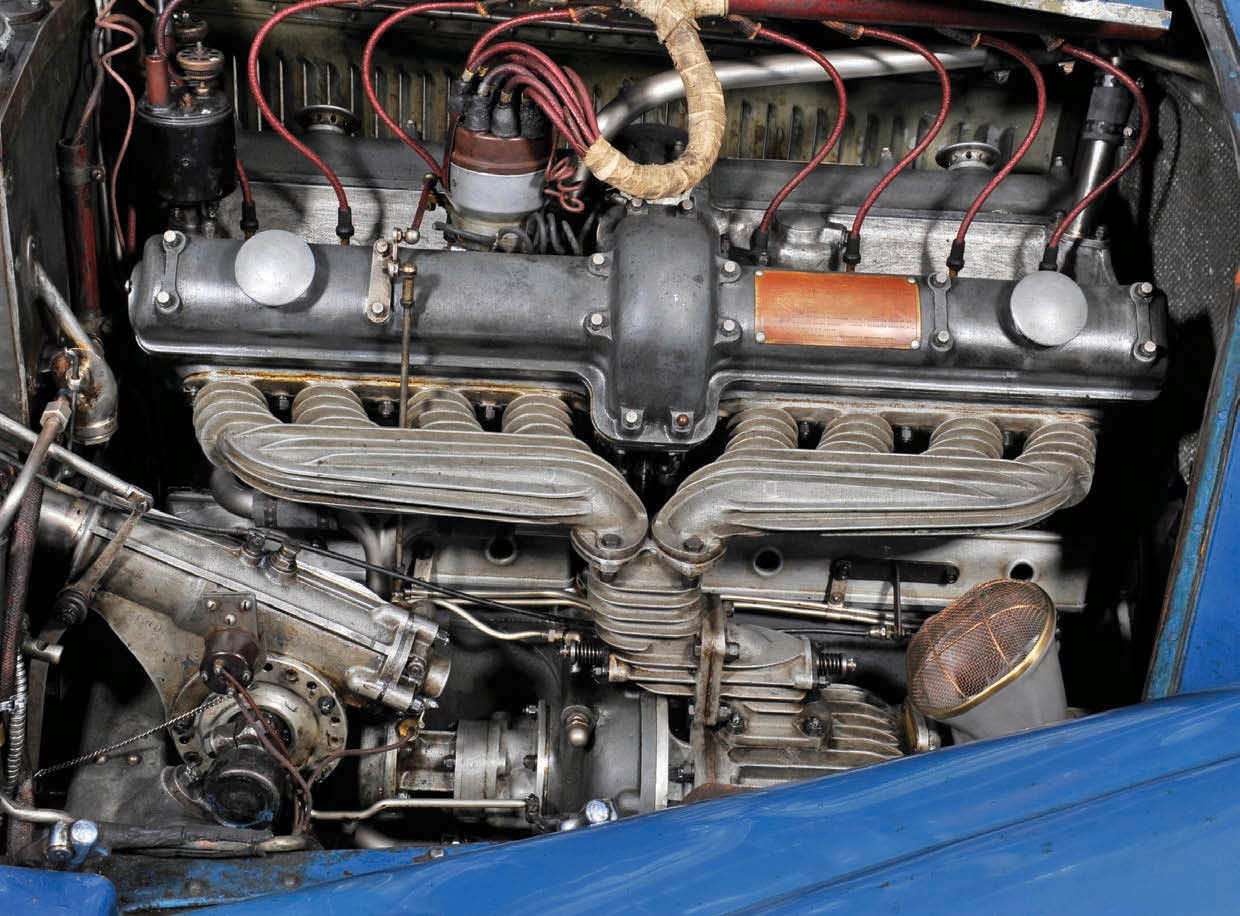 Simon Moore, in his well-known book The Legendary 2.3, advises caution when estimating the number of chassis built as some cars were later rebuilt and a number of spares were made for the ‘racing stock’. Many of the Alfa Romeo experts believed that all the 8Cs had been accounted for with cars that were ‘missing from the lists of existing cars being presumed scrapped.

Some of the car’s great achievements came quite quickly in 1931, when Tim Birkin and Lord Howe took victory at the Le Mans 24 Hours with chassis 2111005. This car had a long and demanding career, competing in the Ards TT race and the Spa 24 Hours amongst others. It survives today with a Zagato style body, and it still appears in historic events, an example of the success of the design and racing pedigree.

Auto Italia had the chance to test the 1932 Le Mans car, driven again by Birkin and Howe, chassis 2211065. Michael Ward and I went off to the Isle of Man for a most remarkable trip. In addition to our chance to run a rental car round the famed motorcycle course, the late George Daniels took us to the Jurby circuit where I had the privilege of doing many laps in the car that led but failed to finish at Le Mans, having retired in the morning hours with a broken rod. It was a fabulous car to drive, everything being in good order, drifting slightly in the bends and demonstrating surprising torque. 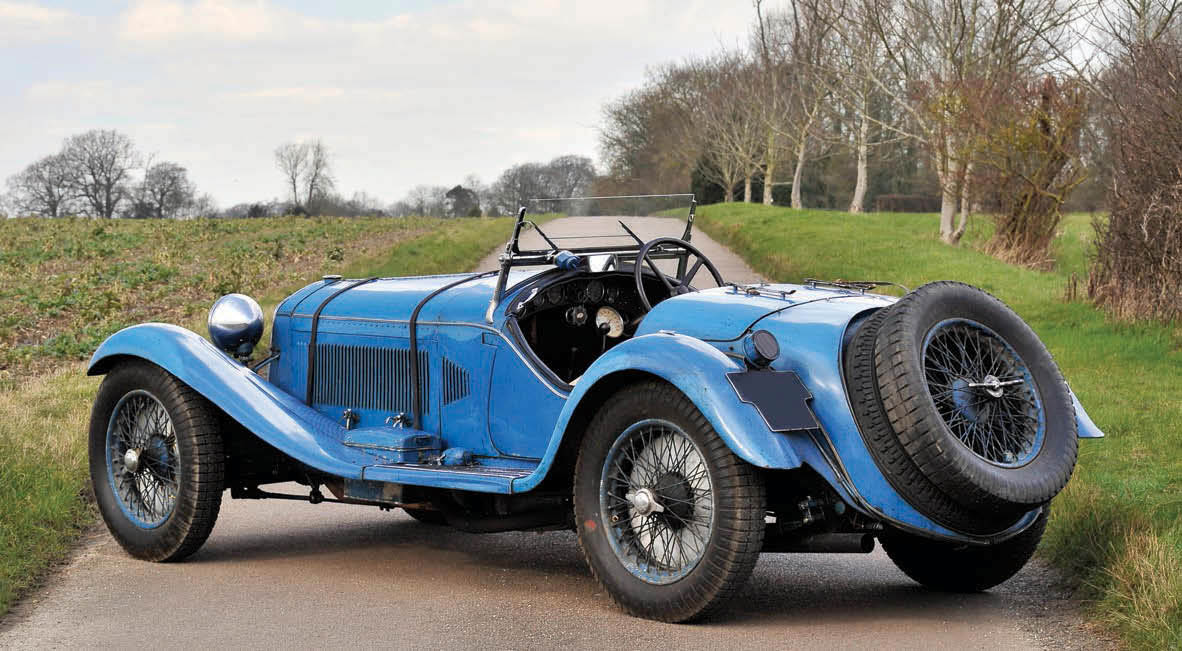 The Le Mans body was then replaced with a Pinin Farina drop-head coupe and it then travelled the world with various owners before eventually returning to the UK. It was very clear from driving this car that Alfa Romeo had hit on a formula for producing a car with great potential. Owner George Daniels later had a new Touring body made – the coupe body was still hanging on the wall of his garage!

Another 8C 2300 known to Auto Italia readers and AROC members is the short chassis car belonging to Matt Spitzley, which has appeared at many UK events. Chassis 2311234 was one of several of the type raced at Le Mans, possibly by Raymond Sommer, this one appearing in 1935. It had a Touring Spider body at the outset, then a cabriolet by Brandone, before being re-fitted with another Touring-style body. Again, this car survived a long life, still taking part in international rallies.

Indeed, some of the individual cars carried on racing long after that. The production included cars with bodies by Zagato (Spider), Corsica and James Young (coupes), Touring (Spider and Coupe Spider), Brianza (Spider) amongst others, and a number of cars were later re- bodied by various Italian specialists. Then there were the famous Monza cars which were so successful in racing.

The Monzas demonstrated very well the versatility Alfa Romeo had been seeking. It is fair to say it is included as one of the ‘types’ of 8C though many people are inclined to see it as a separate model. This is incorrect as Alfa wanted a car that would form the basis of their attack on both sportscar and Grand Prix racing. It would be an over simplification to say that the Monza was a ‘racier’ version than the long-chassis sports car – but it wouldn’t be far from the truth.

Though the ‘prototype’ Monza took part in the Bordino circuit race at Alessandria on April 26, 1931, driven by Nuvolari, with a standard radiator shell but a more shapely tail, it was still similar to the ‘standard’ sports racing 8C 2300. However, two cars then appeared at the Italian Grand Prix at Monza on May 24 and these cars were quite different. The radiator cowls later changed and featured slots and the oil tank had moved with fillers coming up through the floor. The body width was still the same with modified scuttles and a wind cowl in front of the cockpit, and the passenger area was now partially faired over.

The cars were first and second at the Italian Grand Prix at Monza in 1931 and from then on the cars were known as the ‘Monza’. The long chassis 8C 2300 had spawned a Grand Prix sibling. Luigi Fusi says that ten Monzas were built. There were probably ten works Monza racers but in addition there were customer cars built to the same specs. Eventually a number of long chassis cars were converted to Monza specifications, and as we know now, there are a number of Monza ‘evocations’.

We now come to something very special. As we have seen, the 8C 2300 came in both short and long chassis format, and that it also featured bodies from a large number of body builders. Simon Moore lists eight chassis with bodies by Figoni, seven long chassis and one short chassis. This last was chassis 2111018, originally a Zagato body modified by Figoni. Thus, it came as a major surprise when the car you see here, as shown to the Alfa experts at a recent presentation at the RAC Club, that it is a short chassis with a very clearly evident Figoni badge, making it the only original short chassis with such a body. Of course, the big question was ‘where has this car been’?

The featured car is chassis number 2211079 and here is part of the mystery. Another car already exists with that number, having been built up from parts in the 1980s. It is well-known in Europe and the emergence of this beautiful blue machine, clearly identified as 2211079, will cause some problems.

Chassis 2211079 was bodied in France by Figoni in 1932, and the first owner was a Mr Weinberg who competed with it in the Paris-Nice Rally in 1933 and again in 1934. Simon Moore includes some fascinating pictures of this car in his ‘Remaining Mysteries’ chapter, confirming the car’s first appearance in the Paris-Nice with Mr Weinberg and the French registration number 8574 RG1. The car also ran in the La Turbie Hillclimb in 1934 in the South of France driven by Weinberg. Count Francois de Bremond bought the car from Weinberg in 1934 and ran the car in the Grossglockner hillclimb in 1935, with the same French registration. It appears that Luigi Chinetti, then based in Paris before moving to the USA, brokered the sale of the car in August 1937.

The new owner, who remains unnamed, was given the car as a graduation gift and he was the sole owner for over 70 years. It was used on the road up until the war before it went into a secret hiding place, and emerged post-war for several years use before again disappearing under cover. However, it was well maintained, accounting for its current superb condition. It changed hands a couple of years ago and under the care of Blakeney Motorsport was put into good running condition but not restored. It does not have a later competition history, and was used for sometime as an ordinary road car.

This Alfa Romeo 8C 2300 is possibly the only example to exist today in such highly original condition. 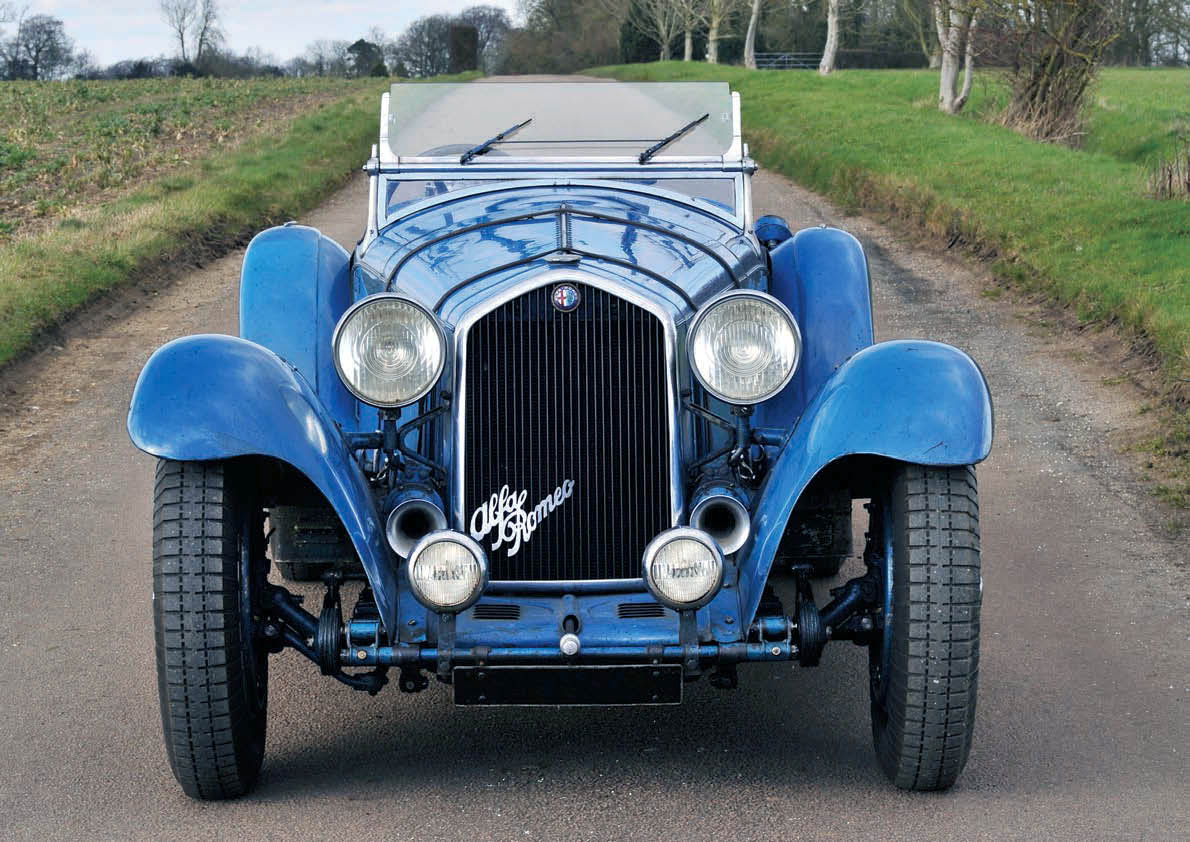 ABOVE: The 84-year-old Alfa Romeo has been mechanically rebuilt but the bodywork remains in original condition.