There’s something inherently cool about fast estates. What exactly it might be we’re not sure, but seriously rapid wagons have long been favourite of the motoring community.

There have been some especially memorable machines over the years (like the original Audi RS2, for example) and while BMW has got in on the action a few times, it found that its high-powered Tourings weren’t particularly big sellers which, sadly, means that no matter how loudly we shout for another M5 Touring, we’re not going to get one. There were only ever two M estates: the LHD-only E34 M5 Touring and the E61 M5 Touring, which was made available to a much wider audience but which very few people bought, sadly. Unfortunately neither example is cheap and your biggest problem with an E34 M5 Touring is actually finding one for sale in the first place. So, as the old saying goes, if you want something done, do it yourself and when Sebastian Elweskiöld wanted a fast 5 Series Touring, he decided to build one. 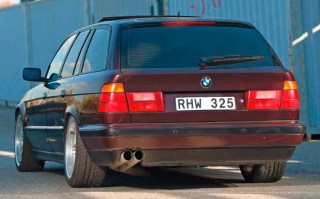 Hailing from Norsborg in Sweden, Sebastian has been a BMW fan for the past six years, which might not seem like a long time, but when you learn that he’s only 24 you realise that means he’s been into Bavaria’s best since he was just 18 and has spent his entire motoring life thus far behind a blue-and-white propeller, having started out with an E34 535i.

Considering how young he is, he’s already got a BMW collection that many of us would be envious of; it consists of no less than two E34 M5s, an E46 330Ci Cab and two turbocharged E34s, of which this 540i Touring is one. Clearly he’s something of an E34 addict and this car came about because he wanted to do something different; while turbo E34s are plentiful the world over, almost all of them are running M50s – a turbocharged M60 V8-powered 540i, however, is a very different beast altogether. It’s easy to understand why Sebastian decided to build this machine: V8s make life better, that’s a straight-up fact, and when combined with a turbo things really don’t get much better than that.

With a plan to build himself a full-on turbo Touring with some German V8 muscle under the bonnet, Sebastian cast his car-catching net out into the world and put the word out that he was on the hunt for a 540i wagon; before too long, a friend of his came up with the goods in the shape of the Touring you see before you. While Sebastian had a plan, his first mod wasn’t the one you might be expecting – it’s not even one you can see – and that was a gearbox swap. Out came the original transmission and in went a six-speed manual ’box from an E60 550i, which had to be modified in order to accommodate a twin-plate clutch. Once that was done, he enjoyed the car in NA form over a summer and then, once the long Scandinavian winter set in, he set about getting stuck into the turbo conversion.

The engine bay, it must be said, looks pretty awesome, with that uncovered M60 V8 and that massive turbo strapped to the side of it, surrounded by gold heat-reflecting tape and the work that’s gone into this build and the numbers it produces are no less impressive. The M60’s internals have been left stock but there are plenty of mods added to the V8 to help it produce some seriously prodigious power; the star of the show is that monster turbo, a huge 90mm Turbobandit Bazooka, which seems like a fitting name for a turbo that can develop over 1200hp. It sits on a custom-made manifold that feeds into a custom exhaust system with 4” downpipes that connect to twin 3” pipes, both of which – along with all the welding – were fabricated by Sebastian’s friend Bruno, who built about 80% of the whole car. The turbo is mated to a 60mm wastegate and a 70mm PPF dump valve while up front sits a 600mm-wide intercooler from KL Racing.

Twin DeatschWerks 301 in-tank fuel pumps send fuel to a custom-made fuel rail based on the original item that supplies eight 1300cc Bosch Motorsport injectors with enough juice to slake this beast’s massive thirst and it’s all topped-off with MaxxECU engine management and MaxxECU PWM control for the fuel pumps. The result of all this turbocharged mayhem is a monstrous 800hp along with 738lb ft of torque, plenty to be getting on with and perfect for getting this Touring seriously sideways at every opportunity. Along with the twinplate clutch that was installed in the six-speed ’box, Sebastian has added a Sachs 765 pressure plate and lightened flywheel, with power being transferred to the rear wheels via a welded 210 rear diff running a 2.93 ratio final drive, geared for 224mph in sixth. In order to be able to cope with all that power and torque, the chassis needed a little bit of an upgrade so Sebastian has fitted a set of XYZ coilovers – chosen as they’ve been fitted to his three other E34s – which deliver a solid drop over those 18” M Parallels that the E34 wears and also offer the sort of adjustability he requires in order to tame this Touring. In order to assist with slowing down from the sorts of speeds that having 800hp allows you to reach, Sebastian has fitted a set of M Performance front brakes from an M135i but don’t scoff at the source of these stoppers because these are fat four-pot calipers that clamp 265mm discs and offer plenty of braking power. And, with this being a drift build first-and-foremost, a custom steering angle kit has been fitted, constructed from E32 arms, allowing for some serious lock.

The exterior of this Touring has been left completely stock because this build was always about maximum power and performance and never about appearance, but that’s no bad thing because the E34 Touring is a great-looking car. We must discuss the colour because, the chances are, whatever you’re guessing it might be it’s probably not; this is actually a shade called Brocade red, a rare BMW colour judging by how few cars we’ve ever seen finished in this hue, which has a purple tone to it with a hint of red mixed in there and we have to say we think it looks fantastic. As with the exterior, the interior of a drift machine is rarely a priority and for Sebastian it was always going to be about necessity and practicality.

If you’re planning to spend a lot of time sliding sideways you need some seriously supportive seats so, in Sebastian’s Touring, both he and his passenger get to enjoy a pair of Sparco single-piece Pro ADV TS items that are guaranteed to keep you in place during even the most extreme manoeuvres. There’s a custom gear-shifter and a tablet – cable-tied in place to ensure it doesn’t go flying through the window during drifting – that is hooked up to the MaxxECU management and displays all manner of parameters and diagnostics, allowing Sebastian to keep an eye on his engine’s vitals at all times. It’s an honest and functional interior and is exactly what a car like this needs and you can’t ask for more than that.

Sebastian’s 540i Touring is not a show car and it’s not a garage queen; it is, to be completely fair and honest, a little rough around the edges but it has an 800hp turbo V8 under the bonnet and that’s really all that matters. That engine is the star of the show, the core of this build – it makes this E34 into the absolute monster that it is, and we love it. This whole build was about doing something different, about taking an engine that most people ignore when it comes to forced induction and strapping the largest turbo imaginable to it in order to make as much power as possible, in order to get this Touring going sideways on demand in a huge smoky ball of goodness and it’s mission accomplished.

In six short months Sebastian has almost tripled the M60 V8’s power output and you might think that he’d be happy but he’s not done yet – of course he’s not – because why stop at 800hp when your turbo can support 1200hp? “I will never be done with it. I always want to go faster,” he grins and we don’t doubt that for a second. With potential plans for lightweight panels and an insatiable hunger for more power, this already outrageous 540i Touring is only going to get wilder and that makes us very happy indeed.

THANKS Huge thanks to my friend Bruno Ingersjö, who has helped me a lot and this build wouldn’t have been possible without him

“The result of all this turbocharged mayhem is a monstrous 800hp along with 738lb ft of torque, plenty to be getting on with” 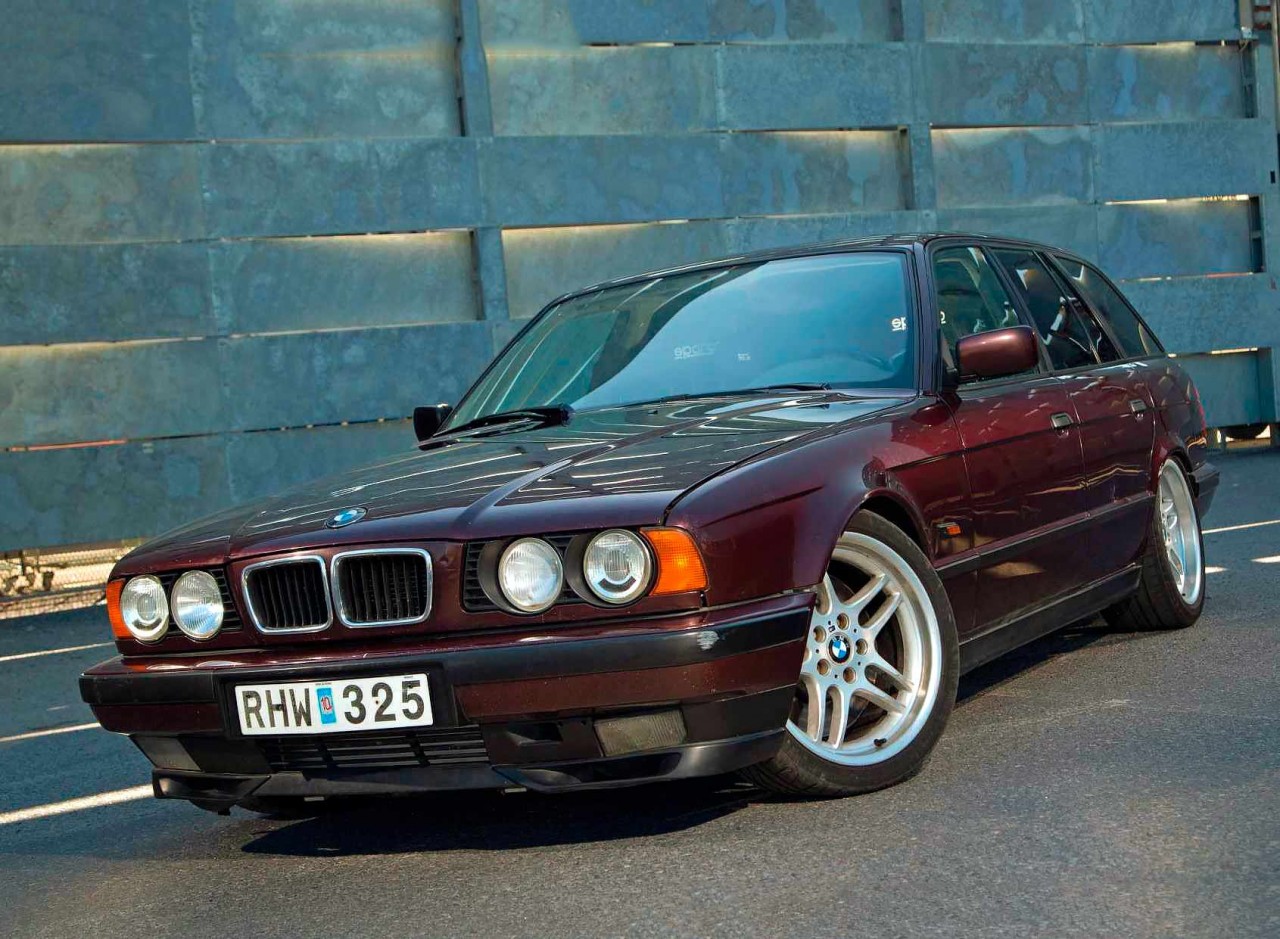 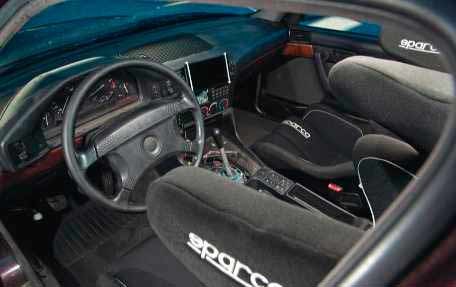 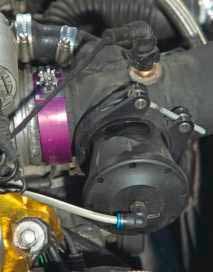 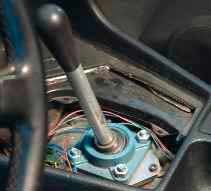 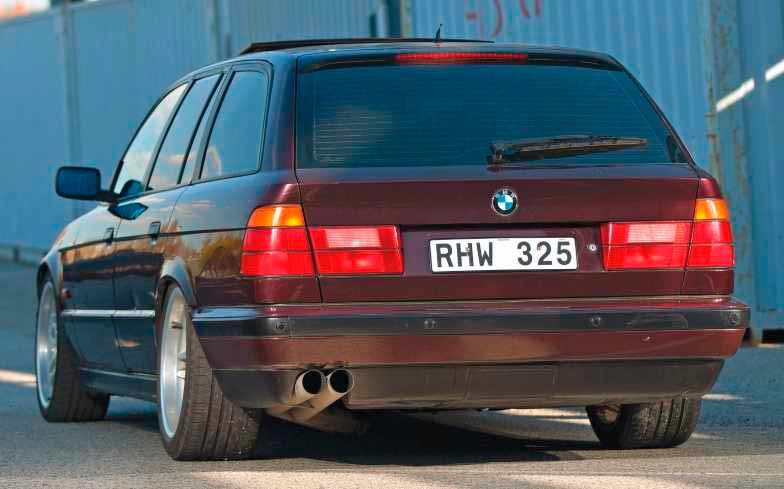 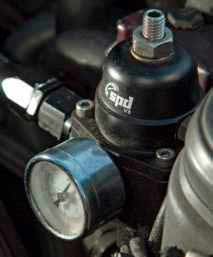 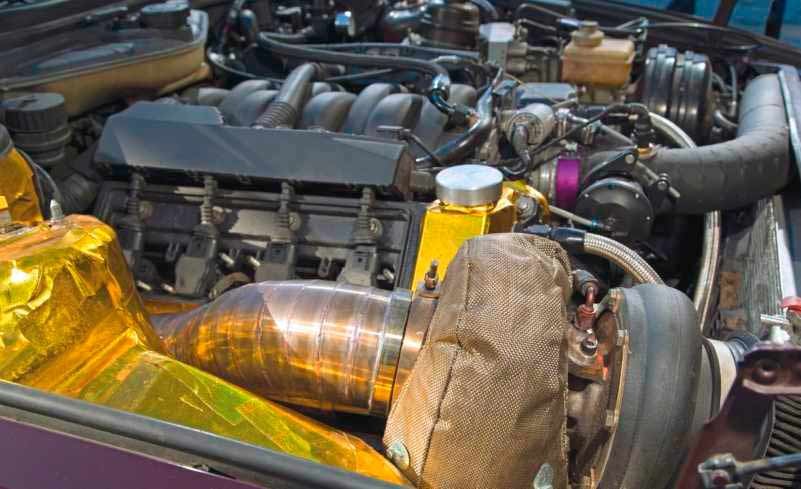 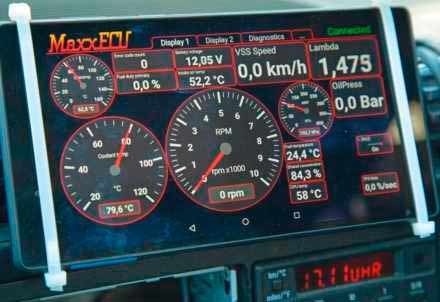 Speeding fuel pressure regulator. PPF 70mm dump valve. Nothing to give the game away from the outside – even exhaust is subtle. Tablet displays various engine parameters. Custom gearshifter. Nuke surge tank beneath boot floor. Sparco buckets perfect for drifting.