There are few automotive brands with quite the majesty and effortless class of Bentley, let alone the heritage. With the company enjoying its centenary year, 2019 was awash with Bentley-themed events, celebrations, hooplas and extravaganzas. From Blue Train hijinks to Le Mans blowers, all eyes have been on the iconic winged badge… and it’s not just a party for fans of vintage racers; no, if you’re more into modern-era motors than what Ettore Bugatti famously damned with faint praise as ‘the world’s fastest lorries’, the 21st-century Bentleys have been enjoying renewed appreciation among enthusiasts and tuners alike. 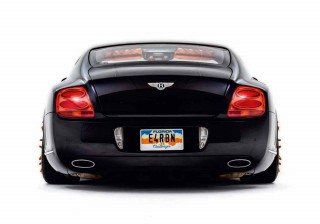 Of course, some people were into all this stuff long before the centenary celebrations hit. When you view the recent Bentleys as part of the wider spectrum of the VAG oeuvre, it makes a lot of sense to hold these cars up as the pinnacle of aspiration for people who spent their formative years spannering on Volkswagens. The respect has been readily apparent for some time on the show scene, with more than a few people bolting genuine Bentley wheels onto Golfs, Leons, Octavias and what-have-you, but the super-premium nature of what the brand represents means that they’re still pie-in-the-sky as a buying proposition for most. While it’s true that the evergreen Continental GT has just about dipped into what some lucky people may view as ‘excellent value’, it’s not exactly the sort of car you can pick up at the age of 21, slam over some shiny rims and roll into your local stance meet. Not unless your dad owns a premiership football team. No, you need to be a proper O.G. to get involved in this sort of caper, and the owner of the flawless Conti that’s glimmering under the studio lights with us today has been a player at this game for longer than many readers would be able to remember. It’s taken a quarter-century of hot rides and deep-seated modding prowess to elevate to this stellar level, and the bagged Bentley you see before you represents a coda to an automotive symphony that’s been swelling for decades.

“All that effortless power comes from a sodding great 6.0-litre twin-turbo W12 and Dan’s had his remapped to a brawny 680bhp”

“I’ve been modding cars for twenty-five years,” says Dan Steele, the man lucky enough to call this motor his own, “and I’ve always been a VW man.” He’s not kidding; chief among his previous projects were a Corrado G60 in Nugget Yellow, a B5 Passat V6 4Motion, a Mk4 Golf R32, a Mk4 Polo G40 with a turbo conversion, and a Golf Rallye that was fitted with a 1.8T and evolved into a full-on show car. 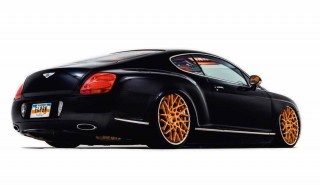 Magazine features abounded for a number of these projects, demonstrating the skill and care which Dan invariably lavishes upon his prized possessions, and so the Bentley was the next logical step. After all, when you’ve been levelling up in the relentless manner that he has, eventually you’re bound to arrive at the boss level. That’s just science.

“I’ve always wanted a Bentley, although it is basically a glorified Audi S8 long-wheelbase,” he grins, and that’s not a self-deprecating knock, it’s a badge of honour. For a dyed-in-the-wool VAG appreciator, this posh Audi signals the ultimate evolution of a timeworn formula, taking everything Dan knew about project cars and refracting it through a super-premium filter. “I bought the Continental in 2016; it was all completely standard, and it ended up sitting on axle stands for six months with no wheels and no interior while I planned out what to do with it.” With so much experience honed over so many years, you can be damn sure that this guy had a clear picture in his head of what he hoped to achieve, and there was no need to rush. This was something that needed to be done right rather than simply done fast. 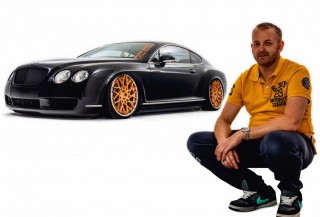 The model Dan chose for this project was a Triple Black Edition, the uber-shadowy spec essential to the effect he wanted to achieve, as the plan was to retrim the interior in bright jaffa orange to act as a searing counterpoint to the gloss black interior trims and, naturally, that gleaming midnight-chic exterior. The reason for this was that his Golf Rallye had also sported the same colour scheme, so this represented a beautiful sense of progression and evolution from one build to the next.

The task of retrimming the interior was handed to Optimus Trimmers in Glasgow, who painstakingly recovered the seats, headlining, door cards, dash and armrest to rework the innards in a glorious riot of citrus-hued extravagance. The custom interior work extends to the boot build, which has also been trimmed in sumptuous jaffa leather and carbon fibre trim, to artfully accentuate the Champagne bottles and crown-shaped ice bucket in fine style.

There’s another dimension to this colour scheme, something that conceptually stretches far deeper. You see, while Dan’s bread-and-butter today is as a marine engineer on super-yachts, he spent many years working on ultra-deep-water offshore drilling rigs, drilling for oil; it’s for this reason that the Bentley is affectionately referred to as ‘Project Black Gold’ – it’s a sense of all-pervading premium and high-end luxury, underpinned by the biological necessity of the slippery dino-juice that keeps everything churning behind the scenes. Which acts as a decent metaphor for the Continental GT as a whole really; while it’s a fabulously appointed luxury grand tourer, it’s easy to forget that all that effortless power comes from a sodding great 6.0-litre twin-turbo W12 grafting away beneath the bonnet. The fact that Dan’s had his W12 remapped to a brawny 680bhp serves to neatly underline this point.

So with the innards looking appropriately premium, it was essential to get the big Bentley sitting pretty over just the right rolling stock. The altitude angle was taken care of by the application of a bespoke air-ride system with custom bags and struts, expertly engineered by the maestros at Intermotiv; Dan opted to retain the factory air management system and re-program the VAG-COM, then design his own ‘Dump It’ control box to allow the system to be aired out and lay the car on the ground. And you can’t really miss the wheels that it’s dramatically airing out over, being as they are a fully custom creation to his own exacting specifications. 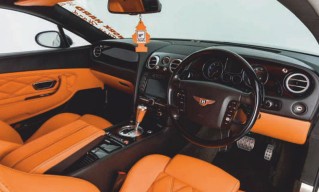 The starting point was a staggered set of 21-inch Rotiform BLQ-T, with delicious rose gold centres and polished lips, which have been cunningly rebuilt into a four-piece construction with the centres spaced out 40mm to create an effect Dan refers to as ‘Boudicea’s chariot’. (You’ll remember from your history GCSE that the scythed chariots of ancient Rome had gleaming weaponry poking out from their wheels; the difference here is that Dan’s instead weaponised your sense of intrigue.)

With the desired effect magnificently achieved, the final flourish was to gently clean up the exterior lines, smoothing the bumpers and de-chroming the front grilles to further amp up the black/orange/black malevolence, like some sleek but enraged tiger.

When the Conti debuted in its initial guise at the Let’s Stance show in 2017, it immediately won ‘Best in Show’ as well as ‘Best Wheels’, and it’s been raking in the silverware ever since. With the custom coilover/air-ride setup and four-piece wheel rebuild in 2018, attention elevated to unprecedented levels, and the jaw-dropped crowds circulating around this ultra-swank build have been growing ever since, as Dan gently tweaks and refines the GT into the best possible version of itself.

So while the purists, collectors, tycoons and concours buffers have been busying themselves tremendously throughout 2019, flicking specks of dust from their 1920s racers and luxuriating in the glow of a brand well lived, Dan’s had the jump on all of them. With an extensive history of refining and perfecting VAG builds, this Conti GT is the ultimate interpretation of a game he’s been playing for years. The elemental purity of black gold, reimagined for a 21st century audience. WO Bentley’s original mission statement was ‘to build a fast car, a good car, the best in its class’, and Dan’s following that timeworn sentiment to the letter.

UNSEEMLY NOISES The interior retrim is sumptuous beyond belief, but it’s not all about the look-and-feel – Dan’s put a lot of effort into beefing up the audio too. The Bentley infotainment unit now sports iPhone/iPod integration, and is augmented by an Audison Bit One processor, and an Alpine PDX V9 1400w RMS amplifier. A meaty Rockford Fosgate Punch 12-inch sub provides the bowel-shaking rumbles, while Focal PS 165 FS 3-way components have been fitted both front and rear to ensure perfect clarity and precision. Which is all very Bentley, darling.

Lessons learned from this project: The importance of tyre load ratings!

Due to this car weighing in at 2.8-tonnes, tyres have been an issue with a few blowouts, one happening right after the shoot, due to incorrect load ratings

What’s next: The project I wanted before the Bentley: a Beetle RSi. I’m seriously thinking of selling the Bentley, as it’s gone as far as I can take it – so it’s for sale at £50k. 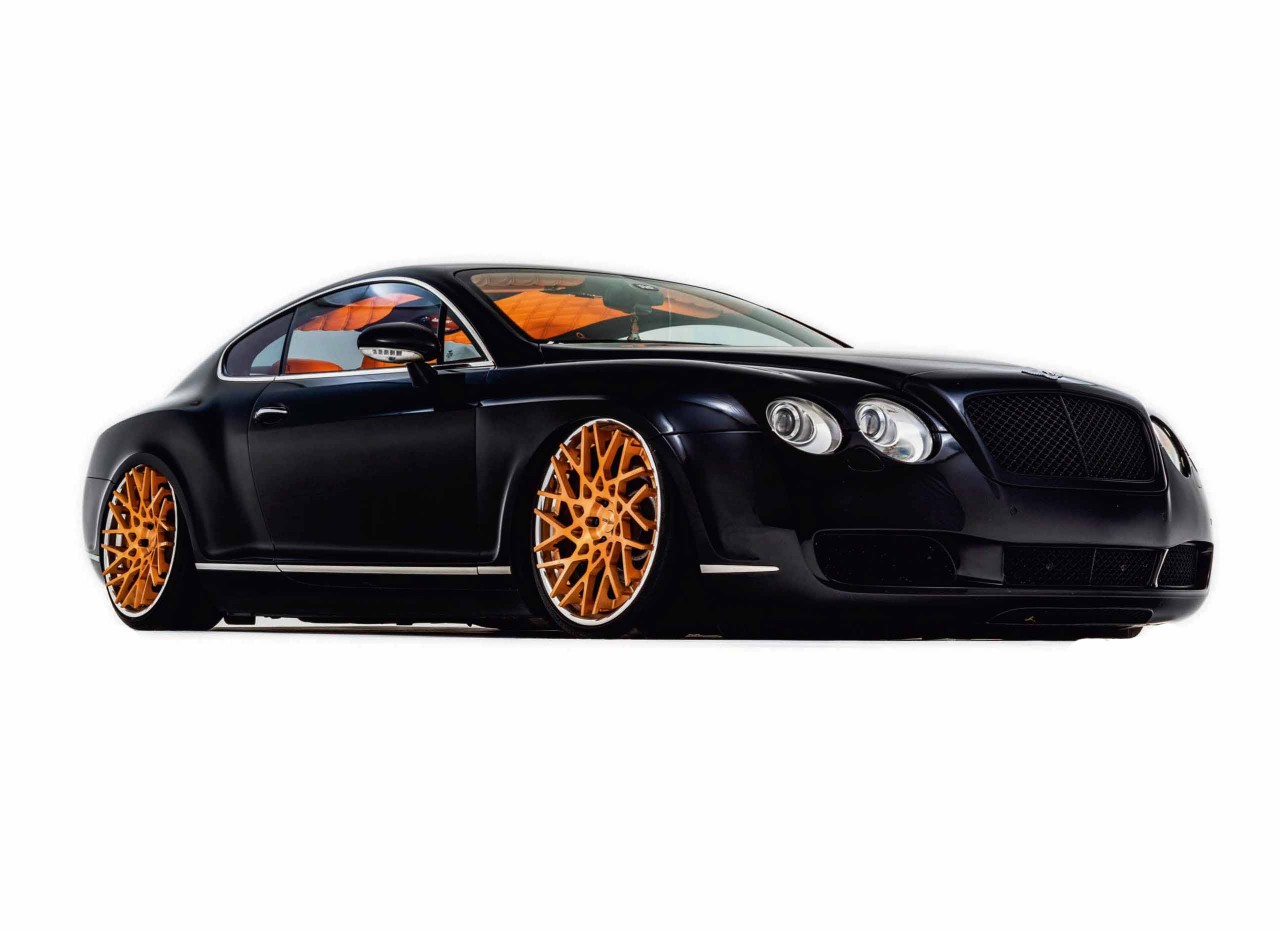 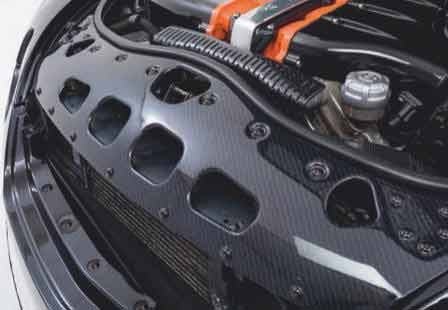 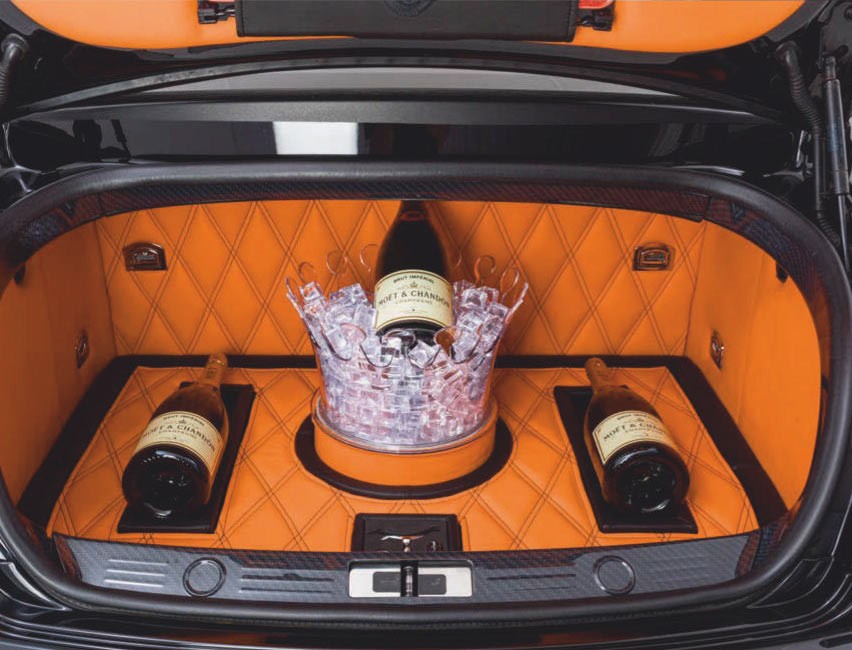 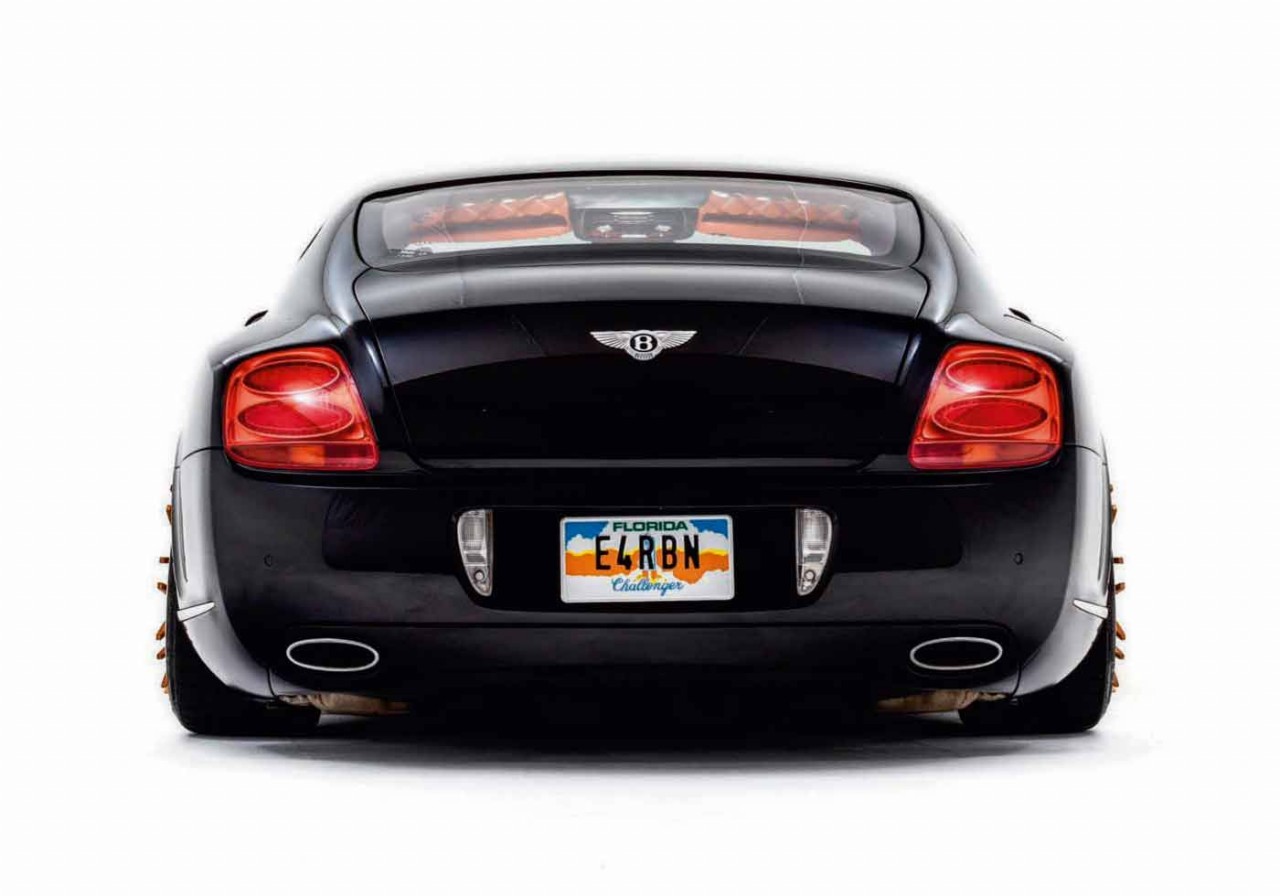 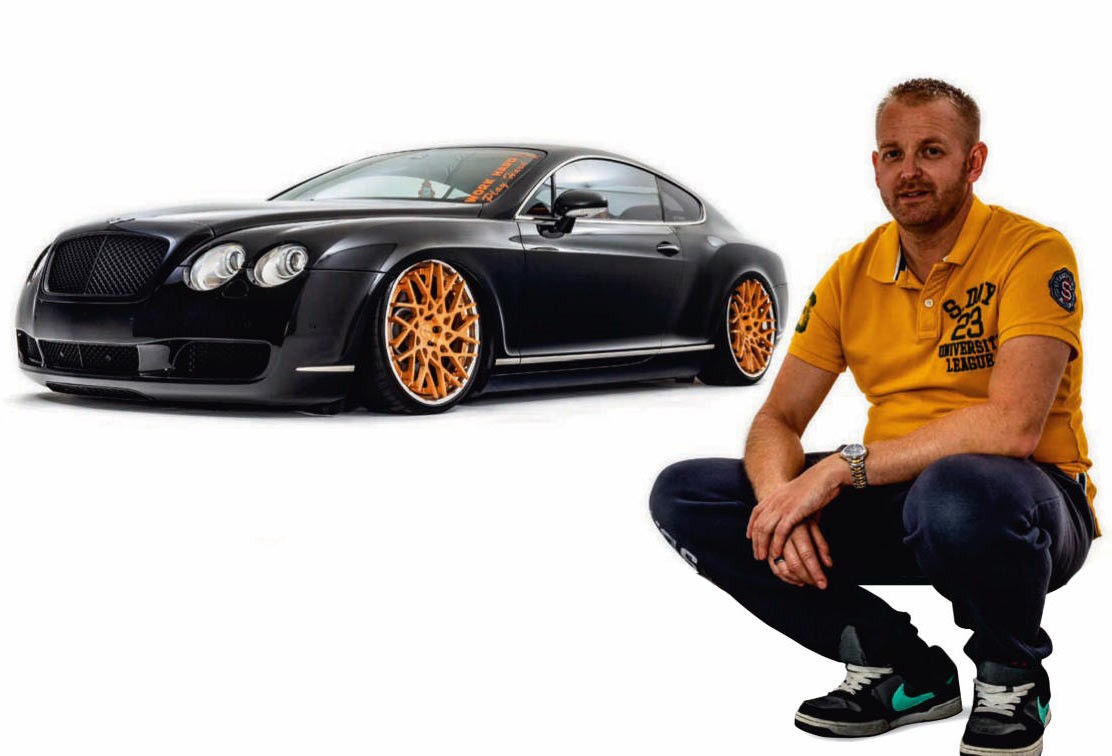 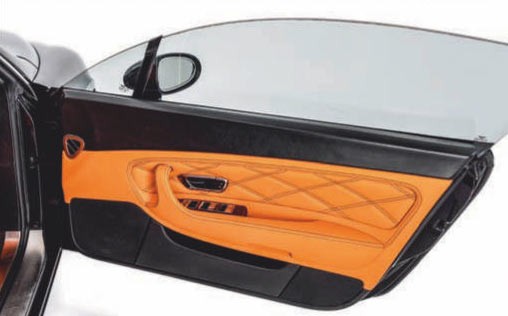 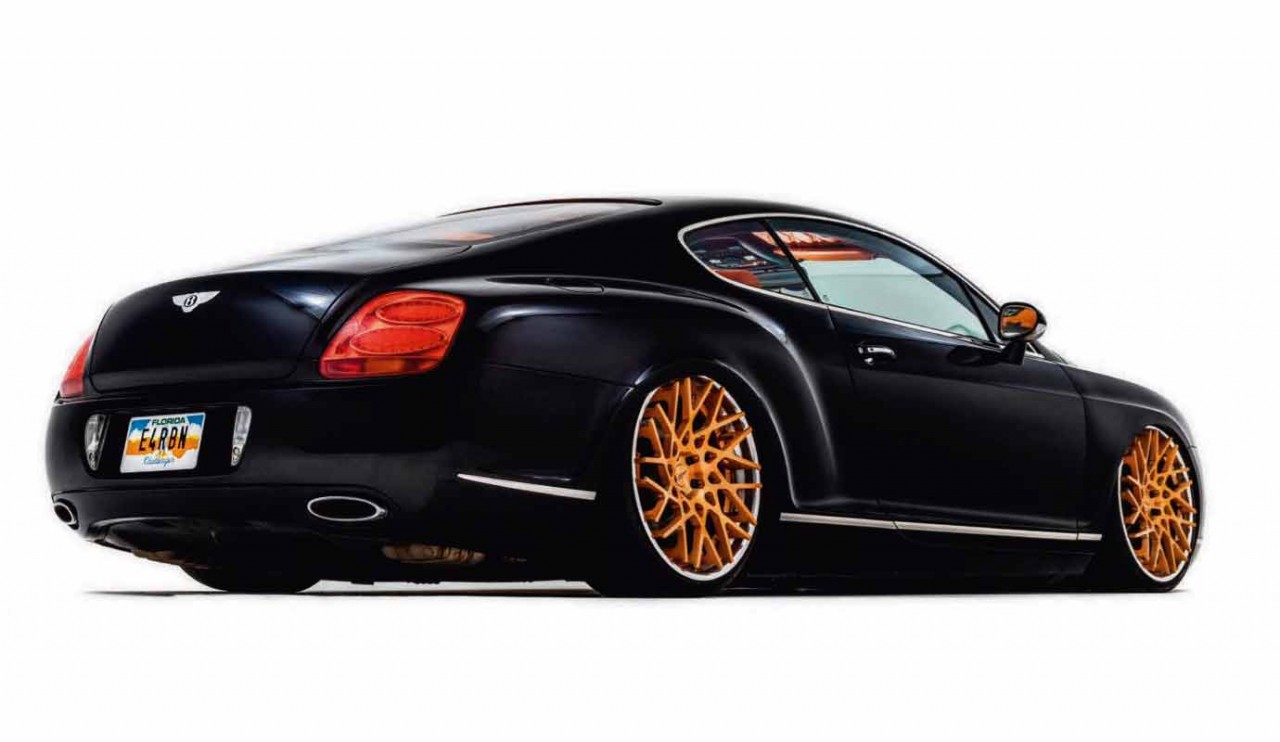 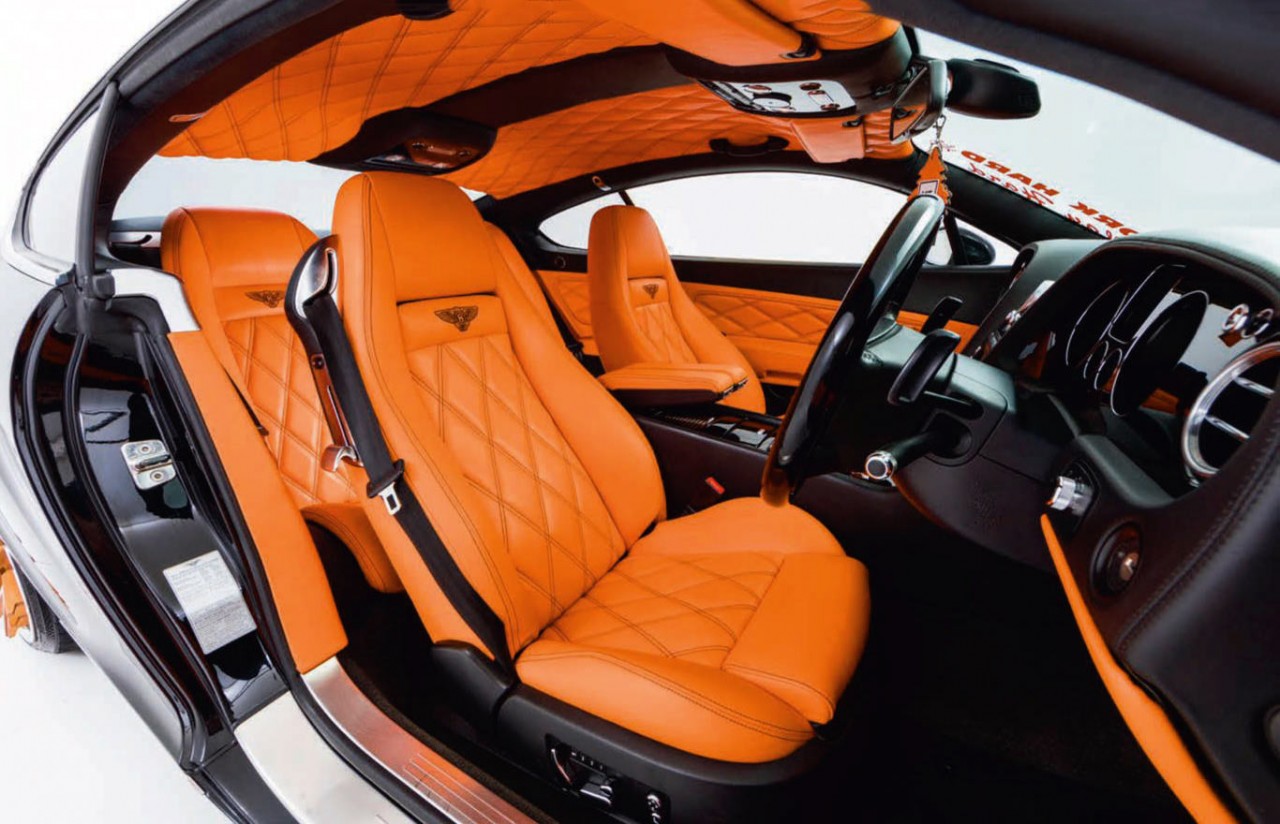 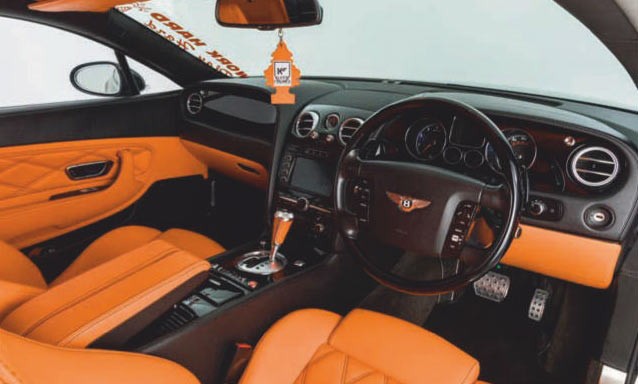 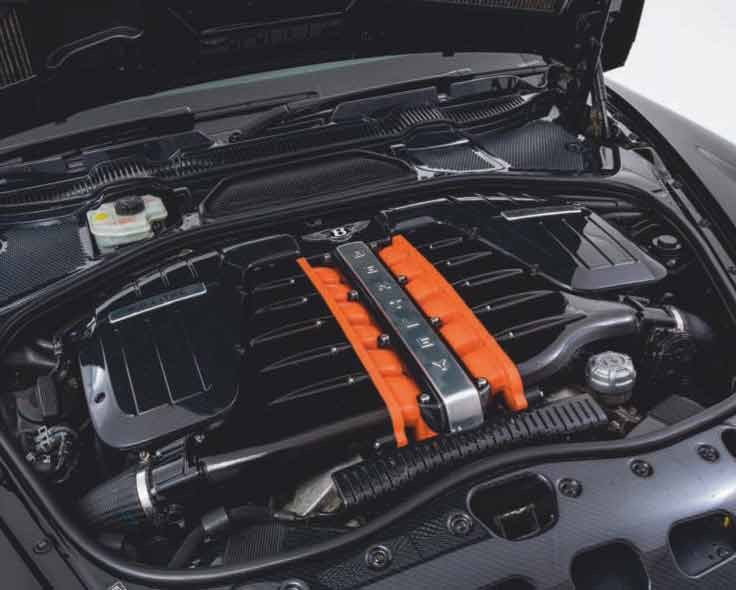 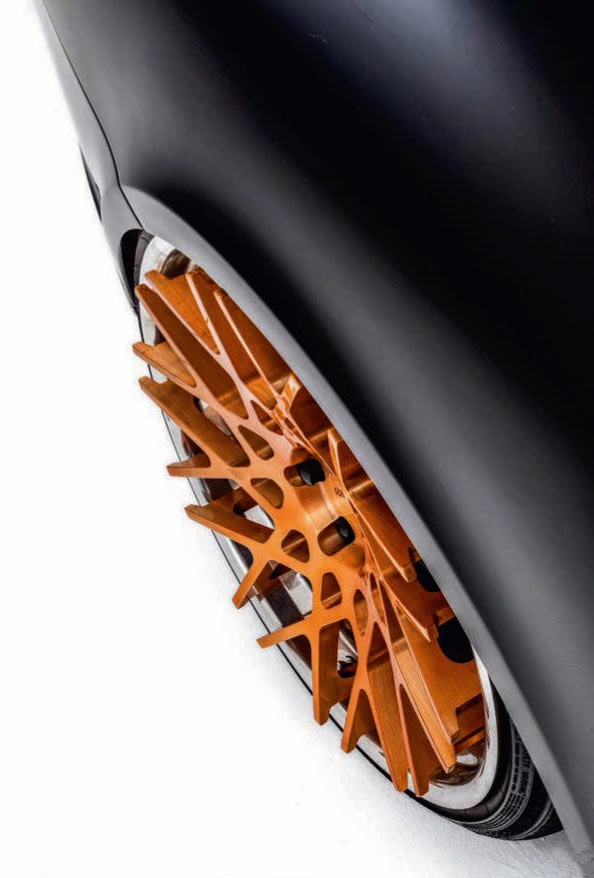