Sometimes, you’ve just got to take a chance. And let’s face it, there isn’t much bigger a chance to take than buying both the car and most of the drivetrain for your new project sight unseen. Bill Hamilton had to do just that though, because he wanted a V10 E30 M3, preferably RHD as he was after a streetable track car, but didn’t have a massive budget to do it. He knew there could be problems, but as an experienced car guy who’d already swapped an E39 M5’s S62 V8 into his E34 M5 by himself, he figured he could overcome any issues arising from his purchasing decisions. It turned out he was right, but not even he could have predicted just how much heartache this project would cause before it came good… 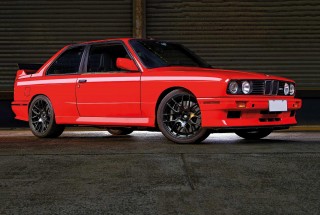 For starters, the S85 engine, which Bill purchased first about four years ago, along with the E9x M3 six-speed ZF ’box, arrived from a Sydney wrecker’s yard (1000km north of his home in Melbourne) without any of the associated extra parts he specified. “I’d sent them a list of exactly what I needed as far as ancillary stuff to go with the motor. I needed the fuel pump, the fuel pump controller, the fuel pressure sensor and ECU with the key, the key reader and all the looms associated with that. When it turned up, all I got was basically an engine and a gearbox,” he says. Thankfully, a few phone calls and emails later, the panel shop employee who sent the car to the junkyard in the first place came to the party and tried to help out, but even then things went wrong. Bill says the dual-mass flywheel was “rooted” (Australian slang for “broken”), as was the clutch. The ECU turned out to be one for a different engine too, but that didn’t matter as the key reader and other bits needed to start the motor never turned up at all.

The end result was that Bill had to buy a Specialist Components Tornado 2 ECU (the only solution available at the time) to run everything, and even then, there were problems, which we’ll go into later.

Things didn’t improve when Bill finally found what he thought was the perfect base car around three years ago, either. After months of his own fruitless searches, Bill’s brother eventually found what looked like an ideal US-spec E30 M3 in neighbouring New Zealand, complete with RHD conversion. It was $10,000 cheaper than any local example, and the pictures looked fi ne. Many questions later, Bill bought it and got it shipped to Melbourne. Unfortunately, the one question he didn’t ask was ‘Has it been crashed?’ and, sadly, the answer was yes. “It had been hit pretty hard [in the side],” he says, to the point where the previous owner needed to get sections of the sill, B-pillar and C-pillar cut away and replaced. There was apparently some work done around the radiator support panel as well, and a full respray applied. True to Bill’s run of bad luck, none of the work had been done well, either. The panels still had minor dents in them and the paint had bubbled in one spot. Ominously, someone had also cut the mounting points for the rear trailing arms and re-positioned them. However, having fitted another factory cross-member to help get it registered, everything lined up, which was a major relief. At least Bill could get started on the project. He could fix up the exterior later. 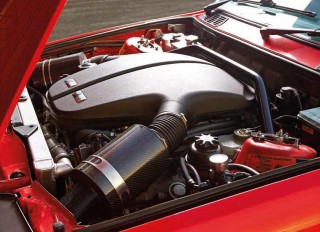 However, when Bill started stripping the car in late 2014 (selling the S14 engine and other parts to help pay for the project), problems continued to reveal themselves. The right-hand drive conversion was as dodgy as the chassis fixes, with none of the usual bracing fitted to the left-hand side carried over to the right – whoever did the job just bolted the pedals to the firewall and left it at that. This obviously meant the firewall flexed like crazy every time he drove it and, being a spare-time project, it took Bill months to figure out how to fix that. The second issue wasn’t actually car or drivetrain-related, but occurred when Bill realised that forums and YouTube videos weren’t going to give him all the information he needed, as he’d convinced himself from those that he could do the whole conversion while still using the stock front cross-member, which of course he couldn’t – he’d have to custom-fabricate one himself.

That said, there were two shining lights at the end of the tunnel. First and foremost, after talking to local CNC parts shop Pure Performance Motorsport (PPM) about his project, Bill got a shock when they offered to sponsor a complete 5.8-litre stroker kit, which they’d just developed.

This would mean the engine got a set of forged pistons and H-beam rods, an 84mm stroke 4340 billet crankshaft and accessories like ARP 2000 rod bolts and ACL Race Series bearings to really help bump the power. Secondly, having got the engine back from the builder (whom he also asked to do some head work, as well as fit a set of Schrick 292° inlet and 280° exhaust cams and Dinan valve springs), Bill found the motor and gearbox slid in with relatively little trouble. He had to fabricate the aforementioned crossmember, as well as gearbox linkages, a tunnel brace and 2.5” exhaust (complete with twin X-Force Varex silencers), plus get the propshaft and radiator custom-made, but other than that, it all went in without major issues. Thanks to his job as an electronics tech, wiring the stock loom into the SC ECU proved a cinch too, and the whole thing fired up first time. 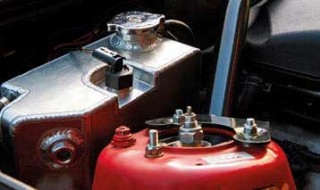 Now, you may think that, given he started the project three years ago and worked on most of it himself, that was the end of it. Three years is not unreasonable considering how long some projects last, right? Nope. By giving up all of his spare time to it, Bill got the whole thing done in just 13 months. And we’re not just talking the engine and gearbox swap, but fitting the suspension mods (mainly Ground Control Koni-based coilovers with Eibach springs and a mix of Whiteline and SuperPro bushes), massive 335mm front and 330mm rear PPM discs with matching six-piston front and four-piston rear calipers, Zexel Torsen diff, PPM halfshafts and interior and exterior mods like the carbon lip and rear wing element and the ex-Renault Sport Megane Recaros, too. “I work well on my own,” he says. “Just put me in the factory [where I work] and I go”. The only real sticking point was actually sourcing the wheels, as Bill wanted to go with BBS at first, but found they didn’t offer anything off-the-shelf in the very specific sizes he wanted (7.5×18 ET20 front and 8.75×18 ET35 rear). These measurements were necessary to clear the brakes, plus allow him the perfect offset to run 225 fronts without rubbing. Apparently, even 5mm either way would have killed those plans so Bill bought his E30 a set of matt black XXR 530s, which just so happened to come in the exact widths he needed and they work really on the M3. 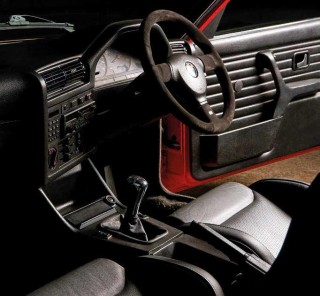 So what took up the remaining 12 months or so before he got it ready? More problems (seriously, Bill seems to have absorbed half the car world’s bad luck over this project). Having got it on the dyno, he picked up a persistent misfire, which SC initially stated should not be possible with his set-up. However, Bill’s electronics skills provided evidence and SC eventually diagnosed it as a lack of dwell time on one cylinder anywhere above idle. Thankfully, a few tweaks sorted it, but next came a tendency to knock, which turned out to be because the original engine builder had mistakenly used pistons from another stroker kit they had lying around to build the short block. This resulted in a massive 12.8:1 compression ratio and meant Bill needed to take the motor to a second shop – Cave Hill Engine Service – to rectify it with the right pistons and bring it back down to 11.4:1. Finally, as stated earlier, the original OEM E92 M3 clutch the wrecker’s yard supplied slipped due to the linings having been left outside for ages without protection, so Bill was forced to get it re-lined.

After all that though, the car is finally done. It looks stunning in factory Henna red and the carbon accents, matt black wheels and massive PPM brakes really set it off. Being a fully engineer-certified and road-registered car, it’s actually louder inside than out, but that V10 wail is impossible to ignore no matter where you are. With 500whp and all the braking and handling mods it goes, stops and turns very well indeed. Bill says it even sits happily in traffic on hot Australian summer days and gets 21mpg on the highway. So was the risk worth the reward? Absolutely. 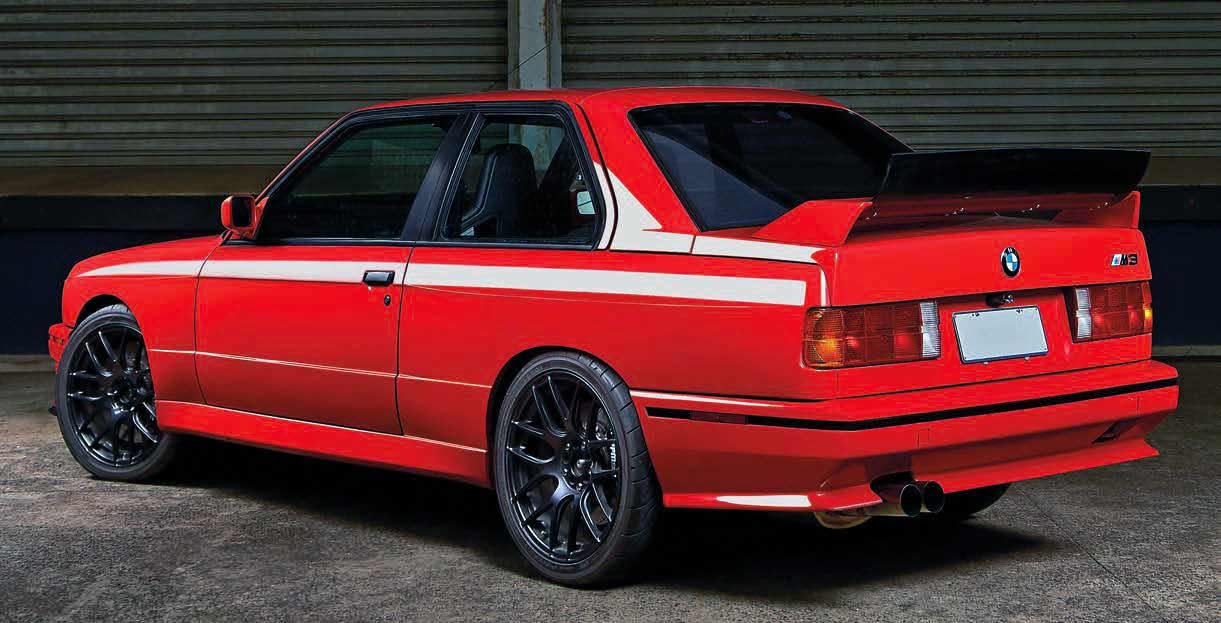 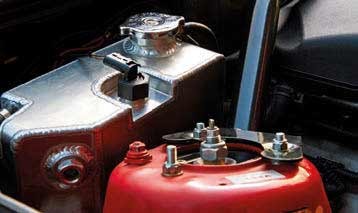 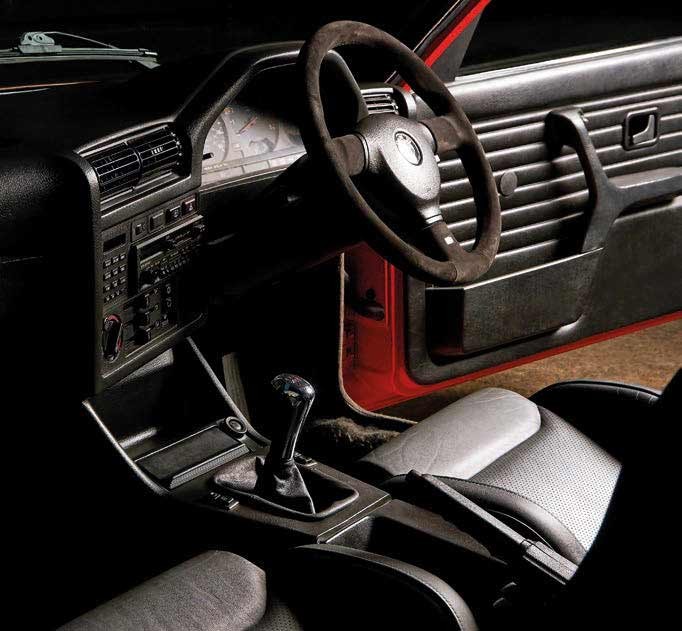 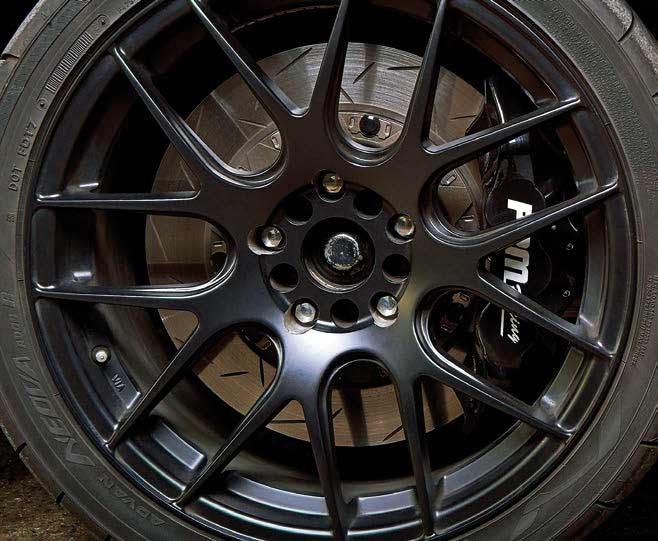 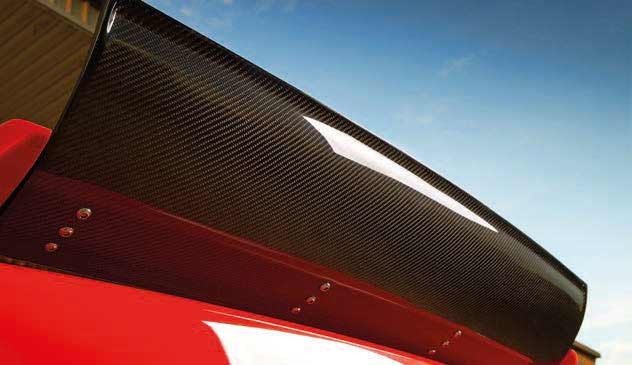 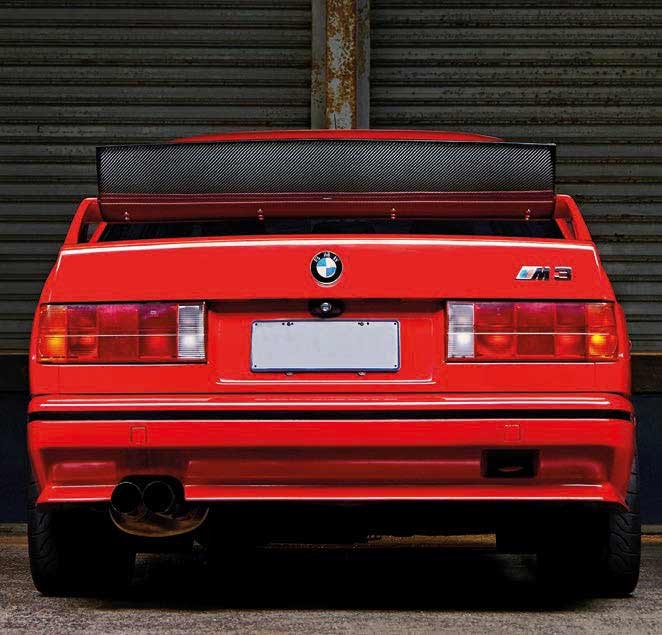 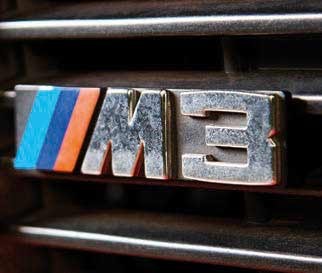 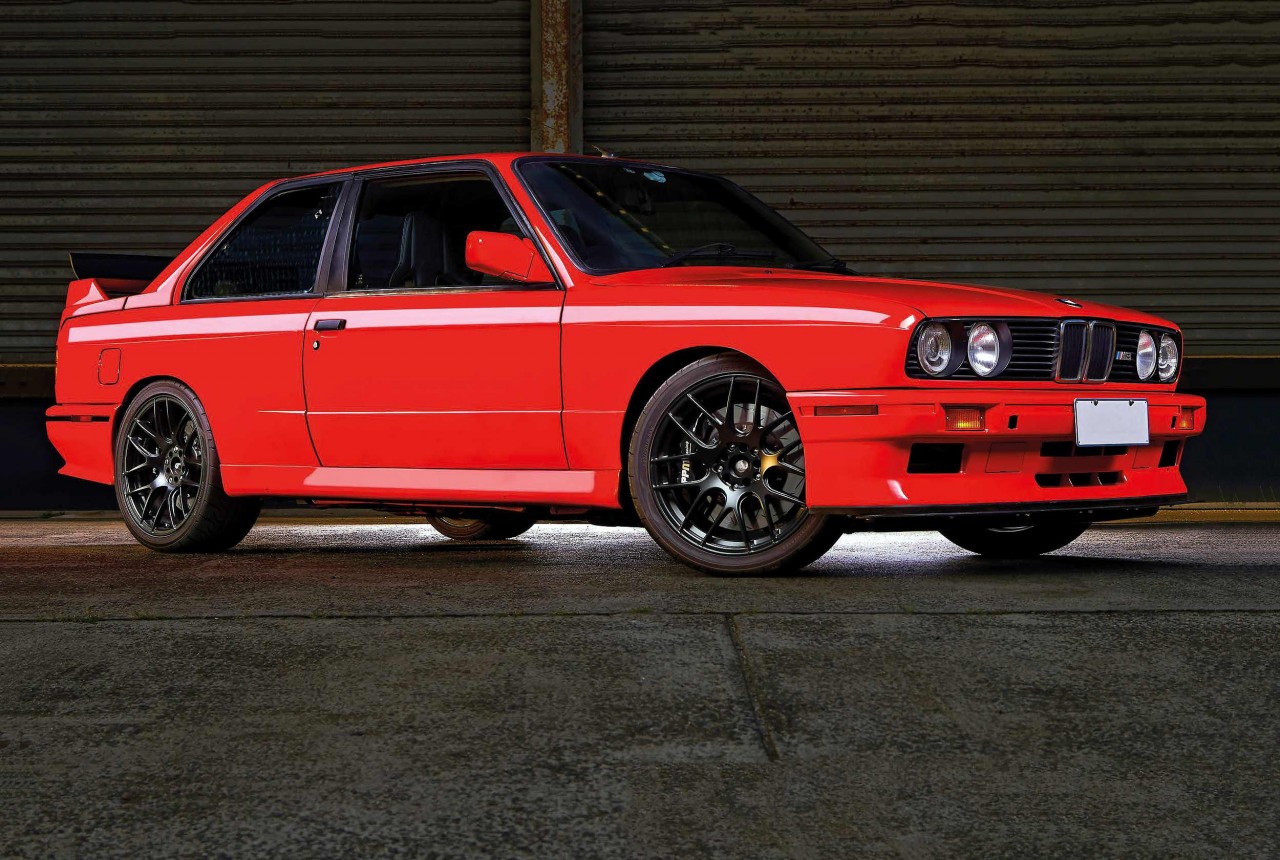 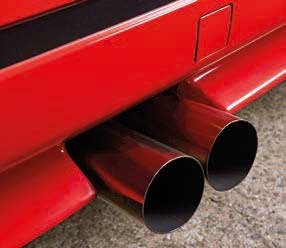 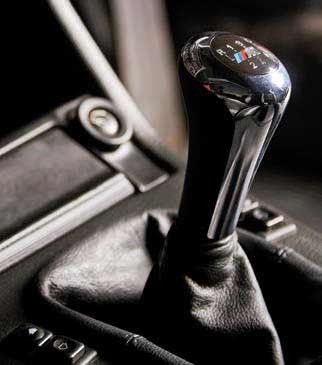 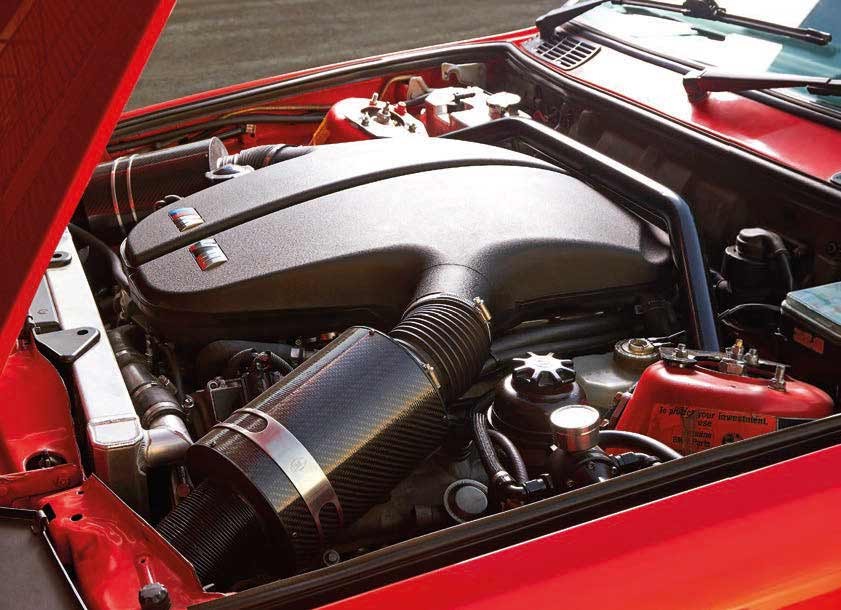 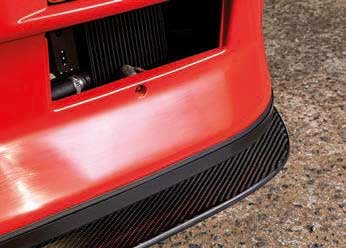