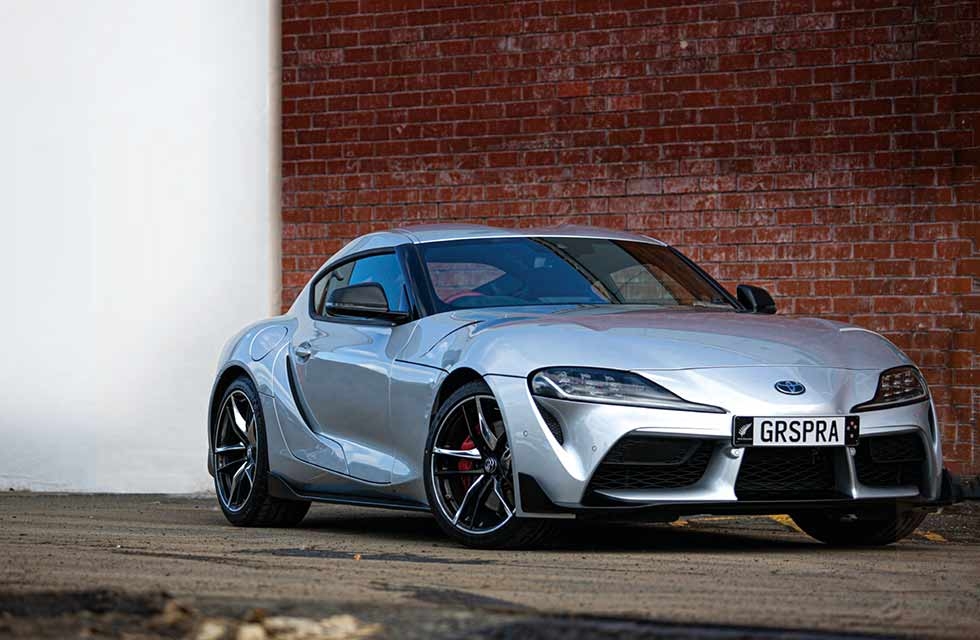 Toyota Supra – Toyota reinvents its classic we’ve recently be en behind the wheel of one of the most hyped cars of recent years, the 2020 Toyota GR Supra. Words: Jaden Marti Gurdon. Photos: Drive-My.

The worldwide car community has been lucky in recent years, as automaker have heeded calls to break open the design vault and get back to work on numerous cult-classic bloodlines. Some have even gone so far as to revive their biggest nameplates.

While there’s been plenty of excitement surrounding each launch, few have enjoyed the amount of media space afforded the latest offering from Toyota: the 2020 Toyota GR Supra (A90). From the moment the decision makers at Japan’s biggest automotive manufacturer let slip that they were putting the long-awaited successor to the famed Supra Mk4 into production, the motoring world starting acting like giddy kids catching wind of what they were getting for their birthdays. The Supra fraternity nearly broke the internet speculating, and news sites were swarming with updates as more snippets of information were let loose.

This new Supra was put on a pedestal and expectations were high. Fans recalled the predecessor through rose-tinted glasses: a hulking 2JZ-powered monster that had impressive performance figures straight out of the showroom. The Mk5 is different. It is more of a heavy grand tourer, albeit with a ton of unlockable potential. So, to see if this next-generation would live up to all the hype and expectations, we wangled one for the day and subjected it a pretty thorough test.

My first memory of the car is a simple one: as I pulled out of Toyota New Zealand’s Auckland office driveway, the screech of wiper blades on a dry windscreen quickly taught me that the indicators weren’t on the right-hand side of the steering column. It was the first of many subtle reminders that, despite its Toyota badge, it is really a BMW in disguise.

Yep, in case you haven’t heard yet, the Mk5 was built in partnership with German automaker BMW, using the ‘cluster architecture’ (CLAR) platform developed by BMW. It’s closely related to the Z4 M40i G29, and shares the same straight-six turbocharged heart and eight-speed ZF automatic transmission.

Toyota claims that the Mk5 makes 250kW at 5000-6500rpm and 500Nm, which is cranked out at an impressively low 1600rpm. These figures are identical to those of the Z4 — most likely the result of an internal agreement for one not to outdo the other on paper.

Toyota DNA shines through Climbing inside the tight cabin and eagerly pushing the start button, flicking the BMW-esque gear stick down into drive, it’s still easy to see that Toyota has put its fingerprints all over the engine. It never stops breathing. Response from the fly-by-wire throttle feels instantaneous, and a simple depression of the right foot will get on boost quickly — and more than enough to throw you back in your seat. Factor in that the ZF is the quickest-shifting traditional automatic in the game, and, at a scarily fast rate, you’re reaching speeds that would have your licence permanently cancelled. The official 0–100kph figure is set at 4.1 seconds — a claim that my ‘seat of the pants’ dyno would not dispute.

My one criticism in this department was that the extra punch of driver engagement that can only be found through a manual gear change was noticeably absent. The manual mode with paddle shift on the ZF is rapid, and easily outshifts anyone on an H-pattern, but it doesn’t compare with feeling the car pull deep into the rev range before enthusiastically slapping it into the next gear. Perhaps it wasn’t viable for Toyota to produce and fit its own manual box to the CLAR platform.

On paper, the Mk5 is clearly designed for ‘enthusiastic’ driving, and that can be felt with the way it handles. At low speeds, the steering is light and receptive, but plant the throttle and it’ll stiffen up to maintain the smoothness as the speedo creeps up. At the top end, it does begin to feel a touch weightier overall, although this is alleviated by the active suspension tuning, which squats the tail and lifts the nose. With a short wheelbase, 50:50 weight split, the Mk5 is happy to snap its way through corners all day long. Even with all the electronic help switched off, I struggled to find the limit of where it could be pushed to — although I’m certain that when it’s found, you’ll want to be the one watching from the sidelines instead of at the centre of the inevitable carnage.

What I’ll commend Toyota on the most is perhaps one of the most debated factors: styling. We were never going to get an ‘enhanced’ Mk4, yet many are using that as a criticism of the Mk5. You’d have to be a daft manufacturer to try to launch a car in this age that relies heavily on ’90s styling. These cars are being bought by modern car buyers. If those people wanted a Mk4-esque car, they’d likely buy a Mk4!

Regardless, Toyota has done well to differentiate the Supra from the Z4 equivalent, producing a far sharper and more aggressive aesthetic package. That includes a ton of fake, blanked off vents but they are there to be tapped into and opened up for practical use if desired. There are cues taken from both its predecessor and the automaker’s first sports car, the 2000GT, and it works better in the flesh than in the photos. Having a full sense of scale, and a 3D perspective is key for the Mk5 — it’s low, long, and incredibly sharp.

So, while it’s easy to write the Mk5 Supra off as a BMW with a Toyota badge, it really is a lot more than that. Toyota has taken a base platform and honed it to suit the Toyota ethos, producing a viable successor that actually made it further than the concept stage — just what we were all asking for. The Mk5 earns a solid thumbs up from me, but I still can’t remember the correct stalk to use for the indicators — I suppose that makes me a real BMW driver now!

There are cues taken from both its predecessor and the automaker’s first sports car, the 2000GT, and it looks far better in the flesh.

On paper, the Mk5 is clearly designed for ‘enthusiastic’ driving, and this can be felt in the way it handles