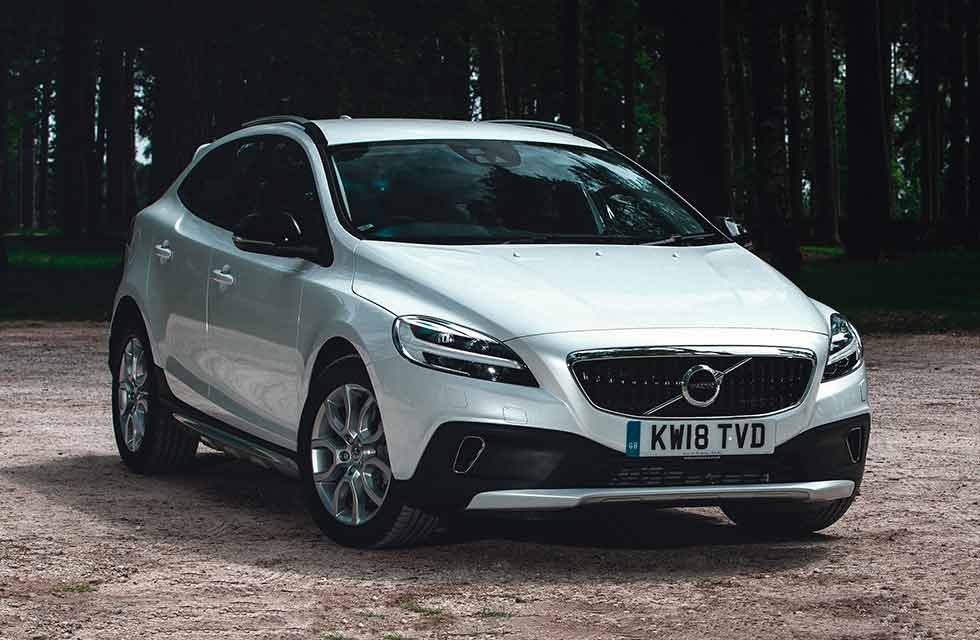 The march to push the Volvo brand into the premium sector continues apace, and it will soon be the turn of the V40 to be replaced. But before that happens, we thought we would take a last look at one of the most underrated models in the Swedish brand’s line-up, one that is as comfortable as an old pair of trainers. Climb aboard and you’ll emit a pleasing sigh, as you hunker down into the armchair-like seats and grasp what seems like an oversized, thick-rimmed steering wheel. Press the engine start button and a refined, quiet 2.0-litre diesel engine bursts into life, a four-cylinder unit that powers the entire Volvo range, from this V40, right up to the XC90 seven-seat SUV, in twin-turbocharged guise. Keen to exploit a growing interest in SUV-inspired models, the V40 Cross Country mixes chunkier styling with the compact footprint of a family hatchback.

The cabin of the V40 is beginning to look dated against newer rivals, with an overabundance of similarly sized buttons on the centre console. Newer rivals have a cleaner design, and in comparison, it ages the Volvo. The quality of the materials is good, though, with super clear digital dials on our test car and controls that are neatly positioned. The navigation screen is smaller than competitors, and it lacks touch functionality. It’s easy to get a comfortable driving position, with lots of adjustment, and the chairs are some of the most comfortable in the business. The handbrake is positioned close to the passenger seat, however, so beware of yelps and slaps across the face from any occupants, as you somewhat innocently touch them up. Oddment space is a mixed affair, with a huge glovebox, but only a small area underneath the armrest and narrow door pockets. Head and legroom are generous up front, but becomes more limited in the back. Space for knees and feet is tight and taller passengers will find that their head will be brushing the headlining. The rear door aperture is smaller than rivals, too, making entry and egress more difficult than similarly sized competitors.

And it’s a similar story for luggage capacity, as the V40 trails behind its rivals at 324 litres with the seats up and 1,021 litres with the chairs tipped forward in a 60/40 fashion. And though this is the least powerful of the diesel engines, there’s brisk acceleration from rest, and good mid-range pull that makes overtaking slower moving cars incredibly easy. The clutch is pleasingly light and the gearbox smooth, though fifth gear proved to be troublesome on our car. At most speeds the engine is near silent, only becoming known at the upper limits of the rev range. At a motorway pace, there’s a fair bit of wind noise, and sounds from the road seem to invade the cabin towards the rear of the car, but thankfully ride comfort is nicely judged, with potholes well masked and imperfections soaked up well. The steering is agile, there’s plenty of grip, and body lean is neatly contained when tackling challenging back roads. The underpinnings of the V40 are shared with the last-generation Ford Focus, so its pedigree is sound.