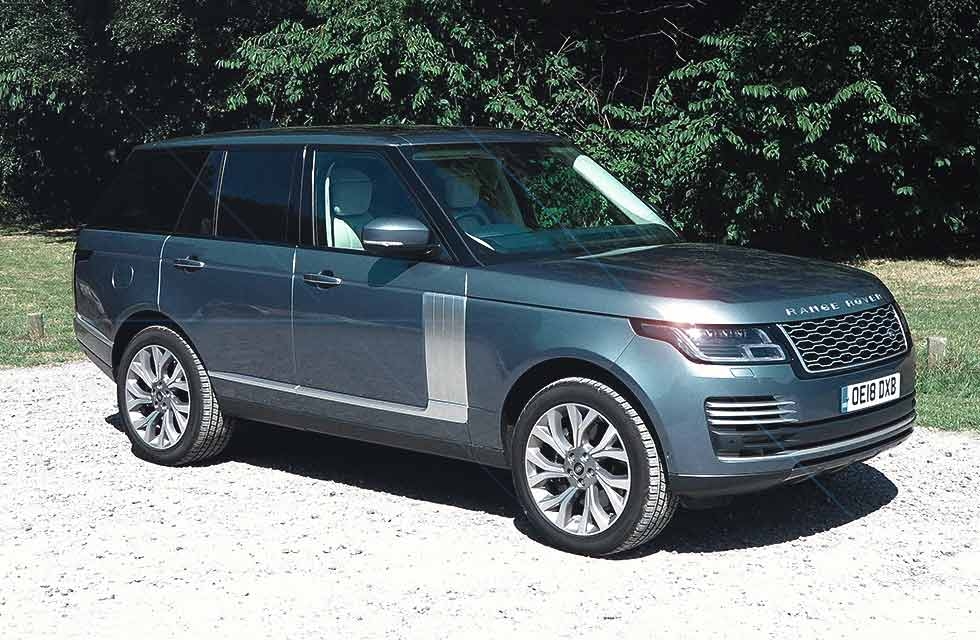 Think of the ultimate SUV and it’s likely that you’ll be imagining the Range Rover. Not only is it coming up for its 50th birthday as cream of the crop, but it’s also been recently facelifted, so it can stand comparison with newer rivals. Careful evolution by Land Rover’s design team has seen some useful enhancements to the design that first made its debut in showrooms in 2013. A fresh grille design, along with Pixel-laser LED headlights make an appearance, alongside a technology overhaul of the interior, that now features the digital touchscreens from the Velar.

There’s also wider and more comfortable front seats, enhanced connectivity with 17 different sockets, 4G Wi-Fi for up to 8 devices and 25 massage programmes, with Hot Stone massaging functionality buried in the seat backs. The switches for the electric seats have been moved to the doors, Mercedes-Benz-style, and the switchgear itself feels even better quality, with metal buttons. All of these enhancements reinforce the opinion that this is the best 4x4xfar.

While most buyers will never venture off-road, it’s reassuring to know that it can, with the car able to outperform the ability of the driver in most circumstances. Our test car came fitted with the 4.4-litre SDV8 powerplant, which feels like a engine from a different era, thanks to its lazy, effortless nature. Performance is muscular, after a short delay while the gearbox and engine spool up in unison. The engine is silky by nature, whisper quiet and this is reinforced by low levels of road, tyre and wind noise.

And even though this five-metre long monster takes up a lot of tarmac, show it a back road and it shrinks around you. There’s some body roll when cornering, but that’s part of the Range Rover’s charm, with air suspension that is floaty, soaking up bumps and potholes with ease and isolating them from occupants. The steering is weighty, yet light, and is easy to pilot in awkwardly shaped car parks, while on back roads, there’s sufficient feel to make the driving experience entertaining.

Climb aboard and the driving position is majestic. Few other vehicles feel so plush and sumptuous, with a bespoke, made-to- measure appearance everywhere you look. Deep windows deliver great all-round vision, and there aren’t many other vehicles that give such a commanding view of the road ahead, along that clamshell bonnet. The electric armchairs deliver great support, and there’s lots of head and legroom both front and rear. For those that require a limousine-like passenger compartment, there’s the option of a long-wheelbase edition for an extra £7,200 – a snip at half the price. The 10-inch widescreen touchscreen infotainment system is a huge improvement on its predecessor, but the lower digital console can seem distracting, especially at night. Storage is generous, with a handy double glovebox, a large area underneath the centre console, and extra space within the armrest. Luggage space is especially generous, with 909 litres of cargo capacity with all of the seats in place, which is extendable to 2,030 litres by folding the rear chairs down electrically.