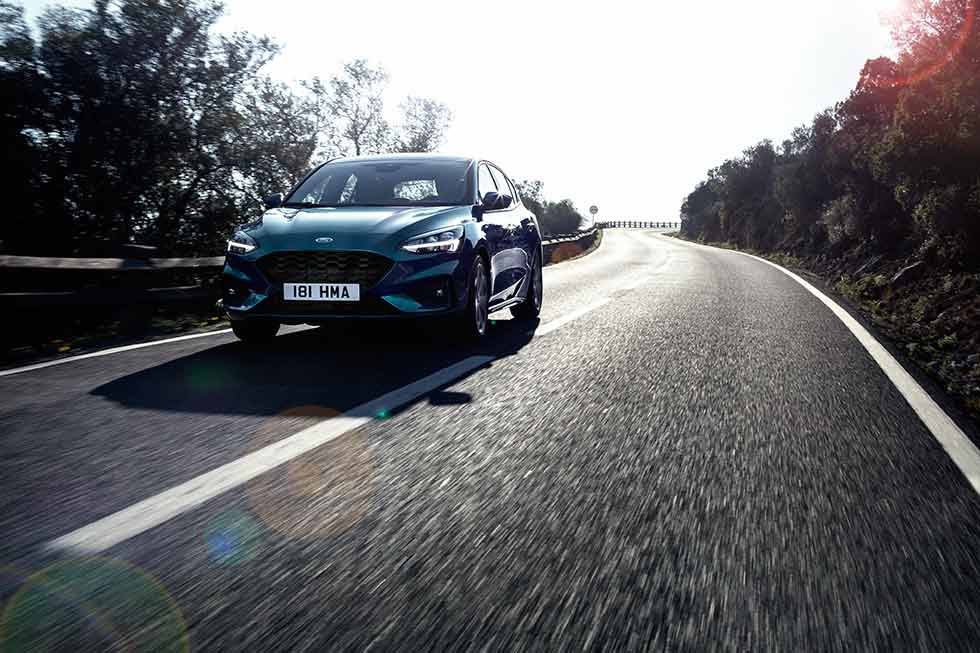 Most family hatchbacks aren’t fun to drive. The original Ford Focus was an exception. It was sensible, practical and affordable, but also handled with a fluidity that some significantly more expensive cars struggled to emulate, and engaged the driver in a way few of its rivals – nimble Peugeot 306 excepted – could match.

Subsequent generations maintained many of the first car’s qualities but, as often happens as model generations progress, the Focus grew larger and its responses became dulled. This new Focus has refound the fun factor. Not laugh-out-loud, spring-out-of- bed-at-4am fun, but certainly change-up- a-bit-later, lift-off-mid-corner-to-see-what- happens fun. You can’t go too far wrong driving anything on the sinewy Route Napoleon in southeast France, but the new Focus positively goads you into skirting the Alps rather than plodding up the autoroute with the trucks and poverty-spec Citroen C3s.

There’s an all-new platform, and for the first time Ford now offers a torsion beam rear end on lower-powered models, with others (including this ST-Line) using independent suspension. Ford claims a 20 per cent rigidity improvement over the last Focus, with ‘structural foam’ used within some cavities to boost strength and reduce vibration. ST-Line models also get 10mm lower suspension, with retuned dampers and stiffer springs.

Wheels are 17-inch, with an 18-inch option for ST-Line X variants – our X-trimmed test car (which gets part-leather trim, navigation and a few other goodies) was wearing 17s.

Power comes from a detuned version of the 1.5-litre three-cylinder EcoBoost unit from the new Fiesta ST, making 148bhp in the ST-Line (from £22,050) and 179bhp in the X (£25,300). While the three-pot slightly detracts from the Fiesta ST’s immediacy compared to its predecessor, there are no such problems in the more sensible Focus, and once the engine wakes up at 2000rpm it spins smoothly and with a distant thrum to the 6500rpm red line.

Outright performance is hampered slightly by long, economy-biased gearing, and that’s a pity, not only because it’d feel even more fleet with a shorter final drive, but also because there’s good throttle response and the six- speed manual gearshift is a cracker.

The chassis is the real pleasure though. It’s softer than the average modern hot hatch, but ST-Line models have enough firmness to their damping to minimise body movements without punishing the driver with a harsh ride.

Grip feels even at both ends, leaving cornering attitude up to the driver – easily- managed push if you ask too much of the front tyres, and a tightening line and eventually progressive oversteer if you back off mid-corner. It’s at once safe and secure but also involving and entertaining. The same applies to the steering, which pairs keen responses with progressive effort and just a hint of actual road feel. The result is a rack that feels well- matched to the already excellent chassis.

That the new Focus is also a generally better car than the one it replaces – more spacious, better-built, and with an infotainment system that Anally feels like it originated this decade – will be the main draw for its huge customer base. But the way it drives should also endear it to people like us.

–  UK roads will be the final test