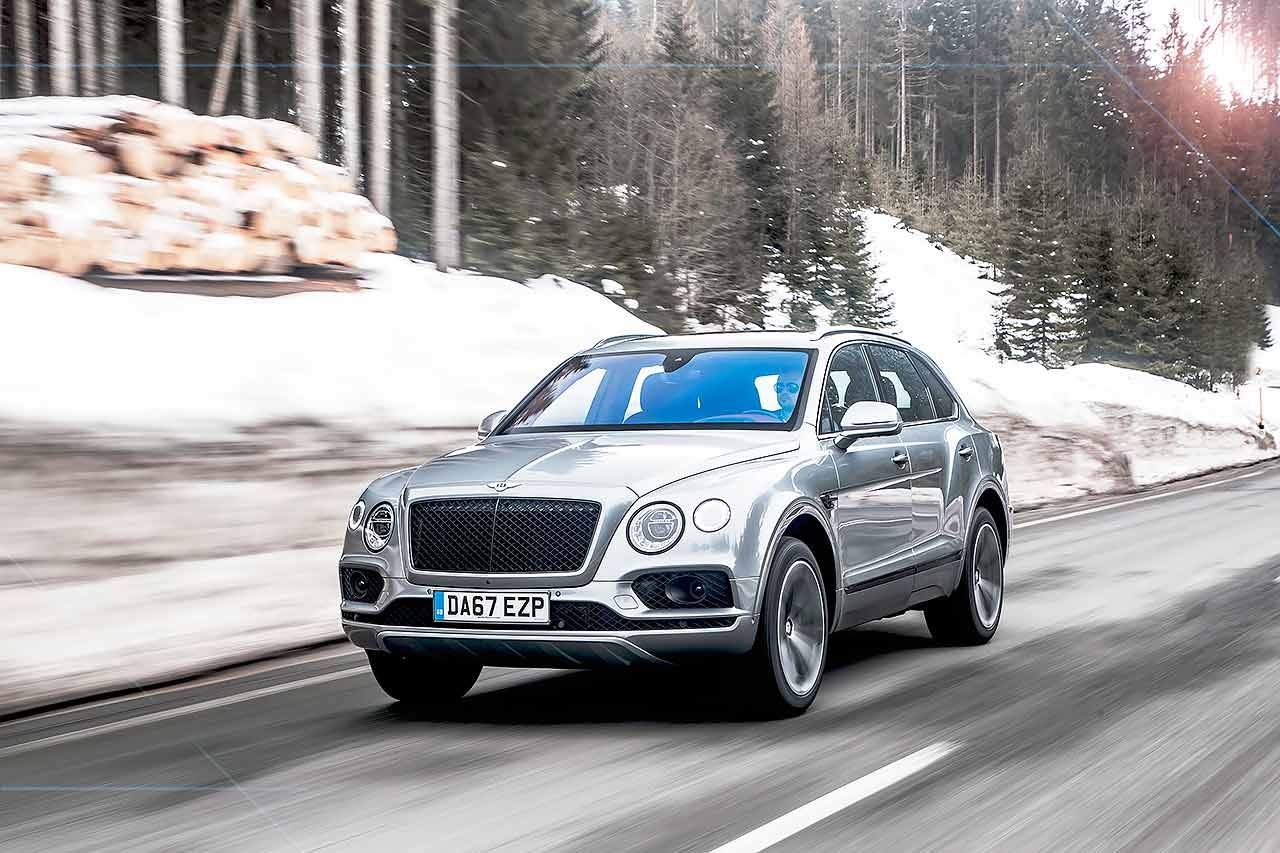 Bentley’s Bentayga is all about the numbers: $1200m invested in its development; 130 hours to build one; 10,000 made since launch. Now the latest number to join the list is three, as in engine derivatives, because a 4-litre twin-turbo petrol V8 has just become part of the line-up.

For all its dozen-cylinder serenity, the W12 Bentayga has always felt as if it’s as much about the engine as it is the car. And while the V8 diesel offers a near 600-mile range, a Bentley that pulls up at the derv pump doesn’t feel quite right to us. And it’s not a particularly refined powertrain. All of this makes this new petrol version potentially the pick of the range. It possibly won’t surprise you to hear that the petrol V8 isn’t a bespoke Bentley engine; rather it’s a VW Group unit that’s also fitted to Porsche’s Cayenne and Panamera Turbo models and will eventually find its way behind the grille of the new Continental GT, too. Nothing is lost in transit from Leipzig to Crewe, with the full 542bhp and 568lb ft of torque still delivered through an eight-speed ZF automatic transmission.

Four-wheel drive is as per other Bentaygas, with the optional All-Terrain Specification providing a number of driving modes to switch between, including one called Sand Dune, which tells you all you need to know about the target customer demographic. At 2313kg – 52kg less than the W12 version – the Bentayga V8 is still not light, but then you didn’t expect it to be. However, it will reach 62mph in 4.5sec and top out at 180mph (0.4sec and 7mph slower than the W12).

The V8 is a far more energetic engine than the W12, responding with greater enthusiasm and sharper reactions to throttle inputs. Leave the faultless ZF auto in Drive and the kickdown is immediate, while the take-off speed still piques your interest as over two-tons of Bentley accelerates at a pace that would keep an M4 honest. Across its mid-range, and when using anything less than full throttle, the V8 feels alive and sprightly, pulling with enough vigour to match both the W12 and the torquefest V8 diesel.

That’s the thing: this new petrol V8 is remarkably well matched to the Bentayga’s remit of combining luxury with serious pace, no matter what the terrain. On winter tyres the ride isn’t as expected, however, and I doubt summer tyres would improve it enough to match Range Rover’s exemplary SV Autobiography. Agility and body control remain impressive, although under braking and through quick or constant direction changes even clever technology can’t mask over 2300kg of moving mass.

Other highlights include optional 440mm carbon-ceramic brakes with ten-piston callipers. At $11,000 they aren’t cheap, but they reduce the unsprung masses, and rather than a nicety, I’d consider them a necessity.

Ultimately, the Bentayga, regardless of engine, still isn’t as polished as a top-end Range Rover, which rides and drives better, and has a more bespoke cabin (i.e. no VW switchgear in evening wear) that’s a nicer place to be. But the new Bentayga V8 is the pick of the range and an acceptable alternative.

– Unsettled ride; the tech can only control so much weight