WHAT A TIME TO BE ALIVE

Isn’t it amazing how so much can change in the space of a decade? Cast your mind back to 2007, for example – the year which saw the release of the exciting new Audi R8 in the UK. It’s fair to say we were all blown away with the refined performance offered up from this 4.2-litre supercar at the time, but looking back on its specification today, it’s incredible to thing just how the world caught up so quickly. 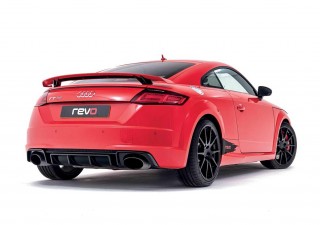 Sporting the rather questionable R-tronic gearbox, the earliest V8-powered R8s could muster up the 0-62mph sprint in 4.6 seconds. Still mighty impressive for sure, but the fact that even the hot Avants in the 2018 range can flatten this figure makes us realise just how spoilt we really are these days.

Perhaps Audi’s most significant step in ramping up its line-up came from the release of the TTRS and RS3 five-pot bruisers that were introduced to the world back in 2009 and 2011 respectively. Never before had such hypercar-threatening levels of grunt been seen in such a relatively accessible packages, with rumours even circulating that the cars actually had to be de-tuned before launch to not give the R8 a red face in the process.

With 400bhp from the factory, we’ve established the very latest 8S-shape TTRS is a force to be reckoned with out of the box, then. But with the introduction of Daventry-based tuning guru Revo’s latest Performance ECU Software unleashes the full potential of the legendary tuneable motor this car sports, it can easily be turned into one of the very fastest machines on the road, as we found out when we checked out the firm’s savage development car recently…

Revo was born from adrenaline-fuelled successes in championship-winning race teams. Taking this race track-inspired expertise and translating it to the road, it’s  the how and why Revo do what they do that makes them unique.

The company’s ethos is simple enough: create products that truly perform and excite. By extensively testing throughout the design process, the firm is able to provide unrivalled quality from both its software and hardware.

With extensive testing carried out on the road before each product is launch, Revo is keen to explain how it’s not just headline figures that matter when modifying a car, but how it feels, too.

“Audi has moved the game on again with its latest 8S TTRS,” one of Revo’s in-house calibrators tells us. “The jump from the 8J TTRS was significant, resulting in a car that, before launch, had to be reduced in power as it was quicker than the R8! Well we can’t have that now can we…?”

By travelling to Germany in early 2017, Revo’s team were able to get a head-start on re-engineering this exciting new TTRS platform, which helps explain how the firm was able to turn around such a comprehensive new product so quickly. It was also around this time that the company ordered its very own Catalunya Red development car here.

“It was showing a consistent 3.4 seconds to 62mph even as standard,” Marketing Manager Daniel Edwards explains. “So the positive reports the car had received in the press were clearly justified.”

Fast forward five months and the Revo Performance ECU Software for the 2.5 TFSI was finally ready. Intensively tested and refined, the resulting re-engineering of the factory calibration unleashes the car’s full potential, with power increased to anywhere in the region of 450-500bhp (a hike of 50-100bhp over the standard car) and torque ramped up to between 425- 445lb ft, depending on what fuel and other hardware is also added.

These increases translate to an official 0-62mph time of just 3.24 seconds now – an almost identical match to the very fastest R8 currently on sale – the V10 Plus model – which we think you’ll agree puts it in some very special company indeed.

“Throttle response has been dialled in to give the driver a deeper sense of connection and involvement with the car, something the stock model seems to lack,” Daniel’s keen to add. After all, as we’ve already established, improving a car relates to much more than just figures. “It’s addictive… the car now begs to be driven hard, it’s now able to break traction in corners, and dares you to bury your right foot.”

A common issue shared with the pre-face-lift 8V RS3, the 2.5 TFSI found here is extremely sensitive to heat and fuel quality. Initial stages of Revo’s Software development process involved pushing the engine harder than usual to find limitations and restrictions. The car can run a significant amount of torque without too much effort, but exhaust gas temperatures (EGT) were found to run quite hot when stock, this highlighted the importance of monitoring EGT’s to avoid risking exhaust catalyst (CAT) and engine failure.

Rather than limiting the factory driver functions on-hand, this clever software actually adds to them, with features such as cold start protection (which actively monitors oil, intake and exhaust temps and reduces power if they ever get too high), as well as a temperature-based rev limiter should you get too heavy-footed before the engine oil has sufficiently warmed up.

Teamed with one of the firm’s gorgeous carbon fibre air intake systems, these relatively simple modifications really do make the TTRS feel like a completely different car; offering up much more of an edge that’s not present as stock whilst retaining all of the comfort and refinement we love about the latest range of Audis. Offering a much stronger kick, especially lower down the rev range, it takes many pinch-yourself moments to remind you you’re still in a 2.5-litre powered Audi TT thanks to the way this thing now goes and sounds.

Revo is currently in the process of finalising a Performance Pack for Audis 2.5-litre TFSI-powered machines. A kit that’s already been released for the likes of VW’s Golf R to much praise, this takes things to the next level with hardware such as Revo’s bespoke intercooler and pipework allowing even more potent results from that clever ECU upgrade. Stay tuned for plenty more information on this one…

“These increases translate to an official 0-62mph time of just 3.24 seconds now” 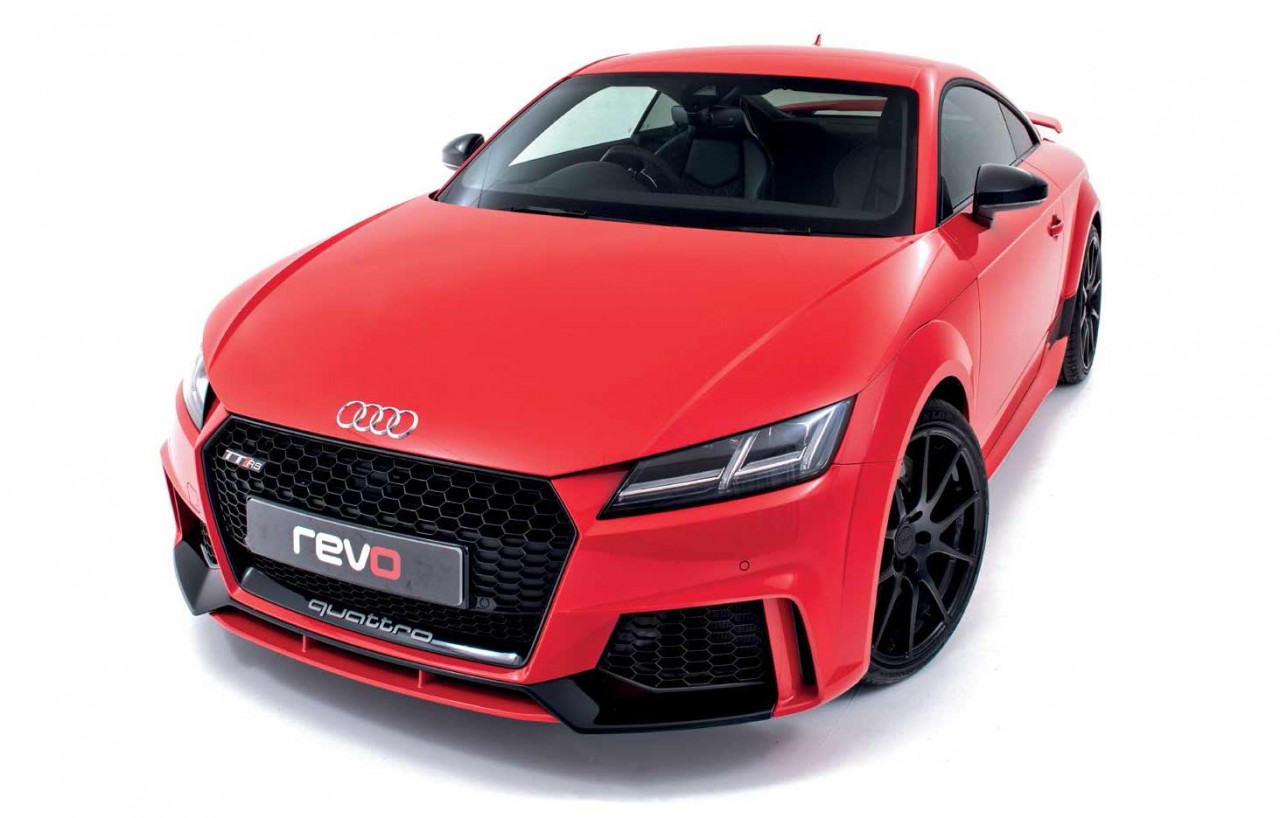 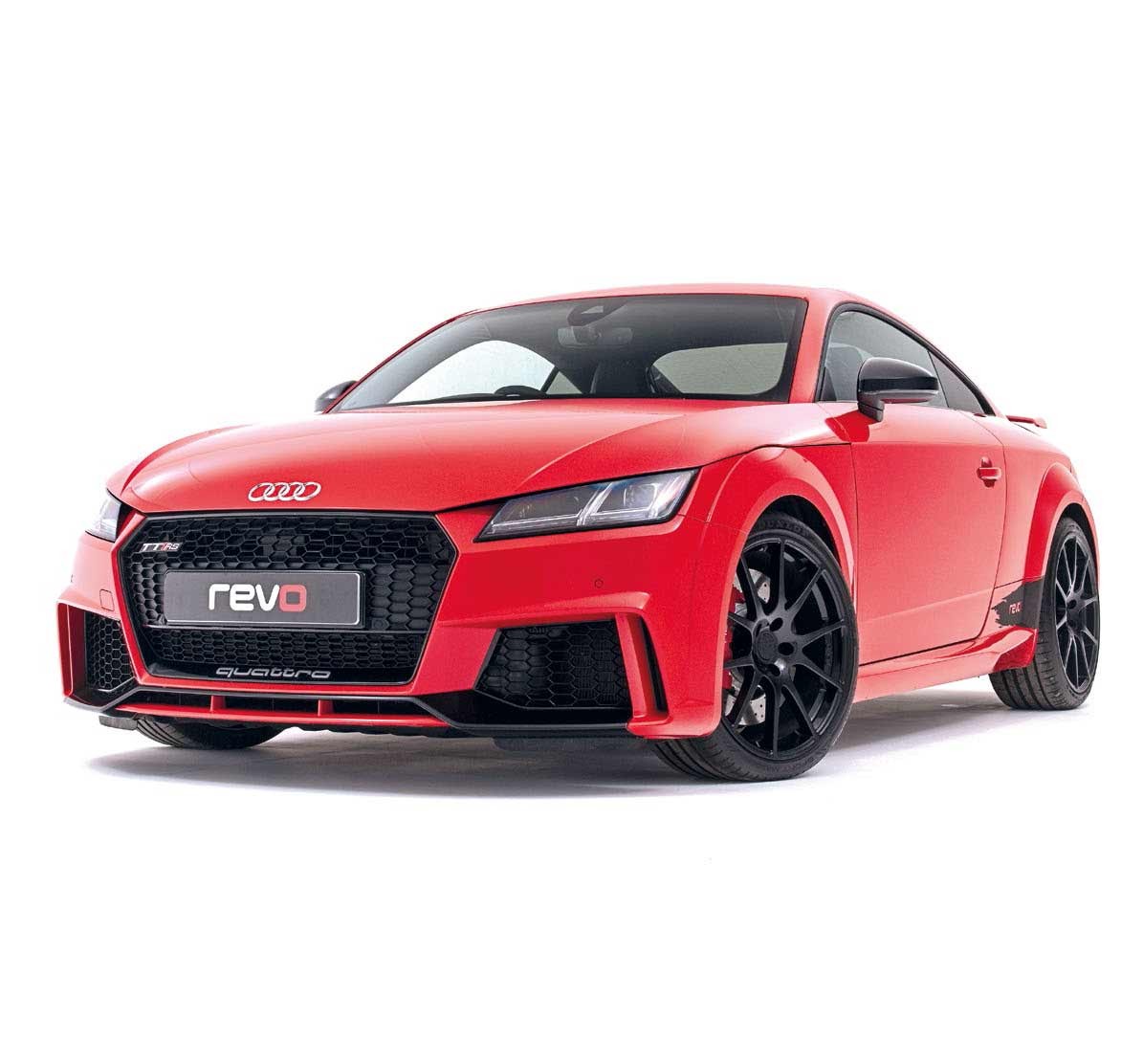 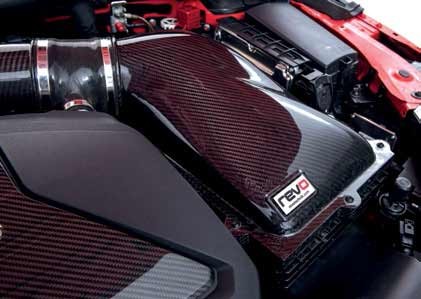 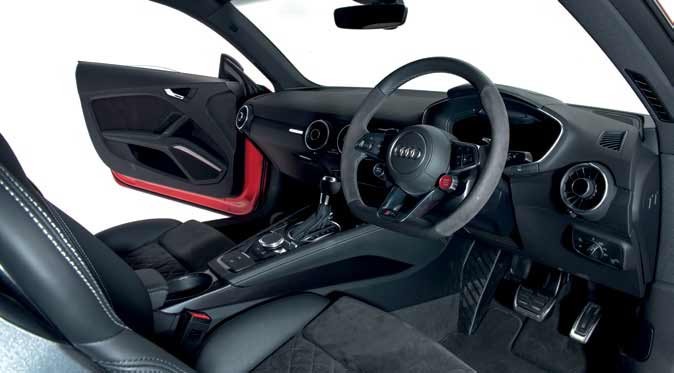 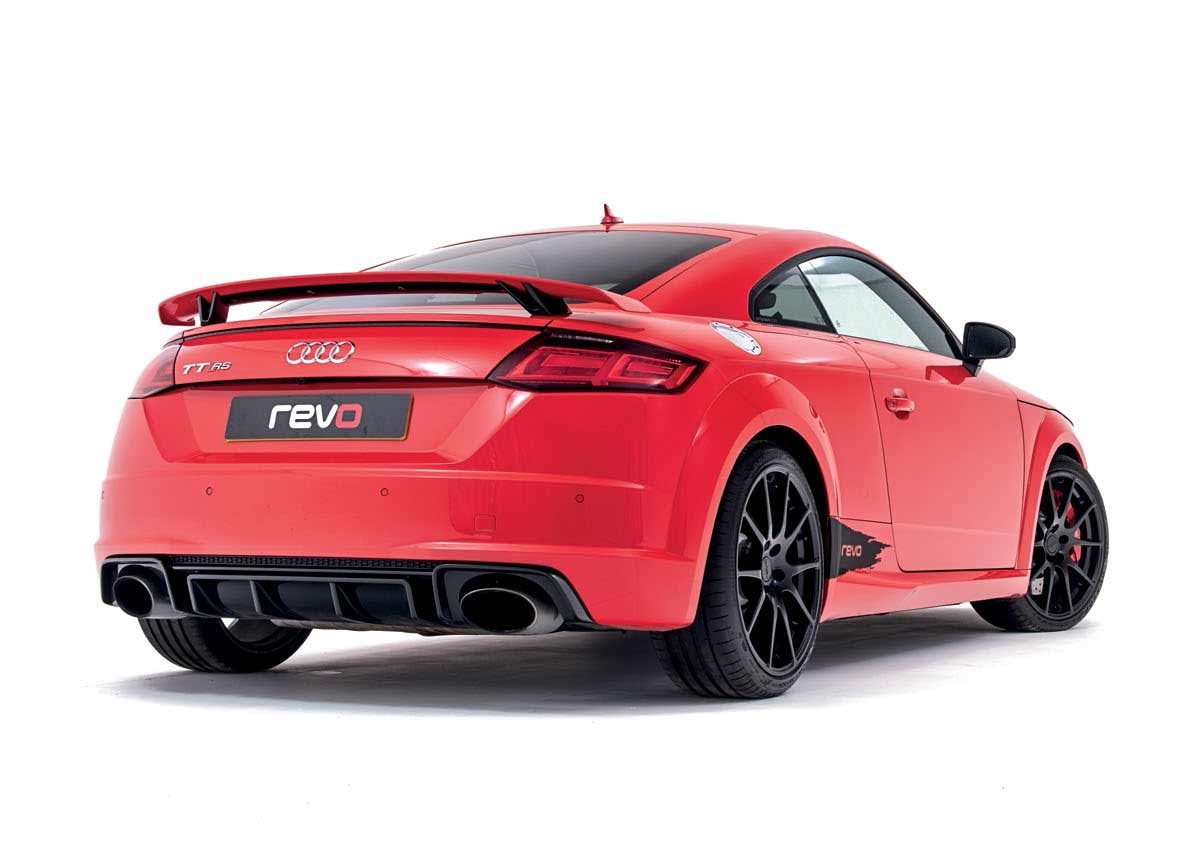 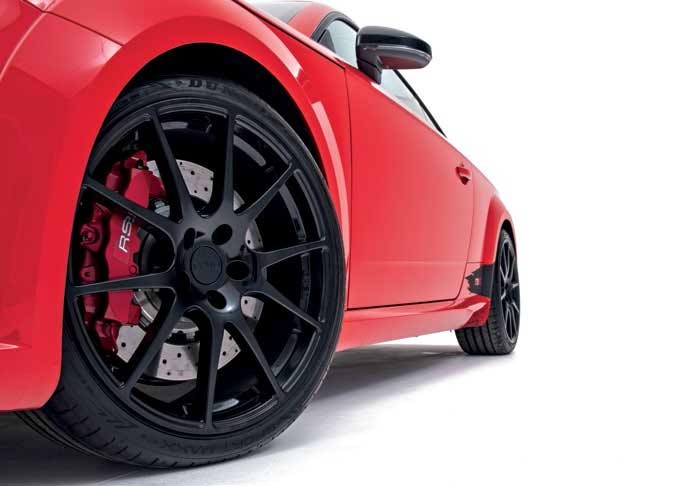 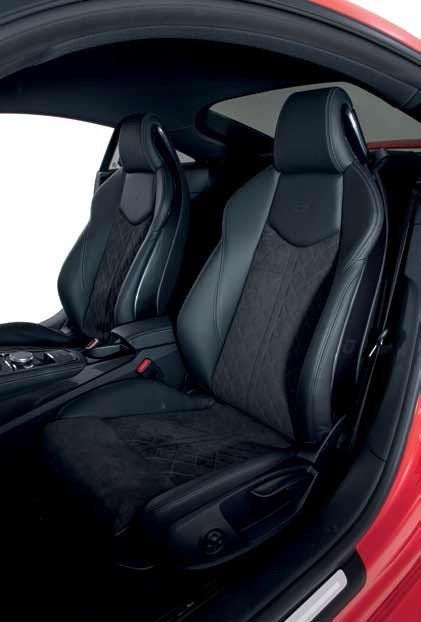 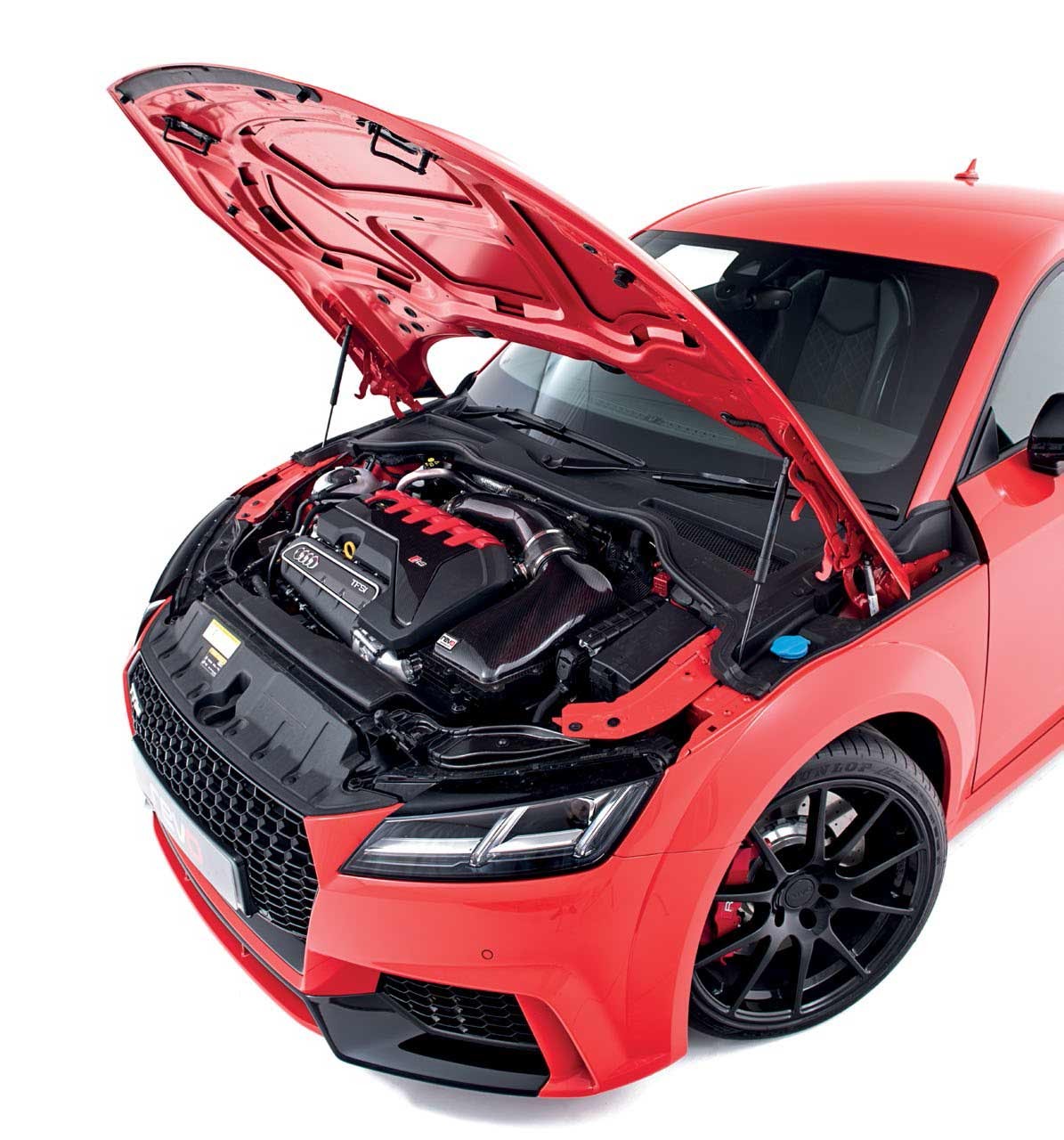 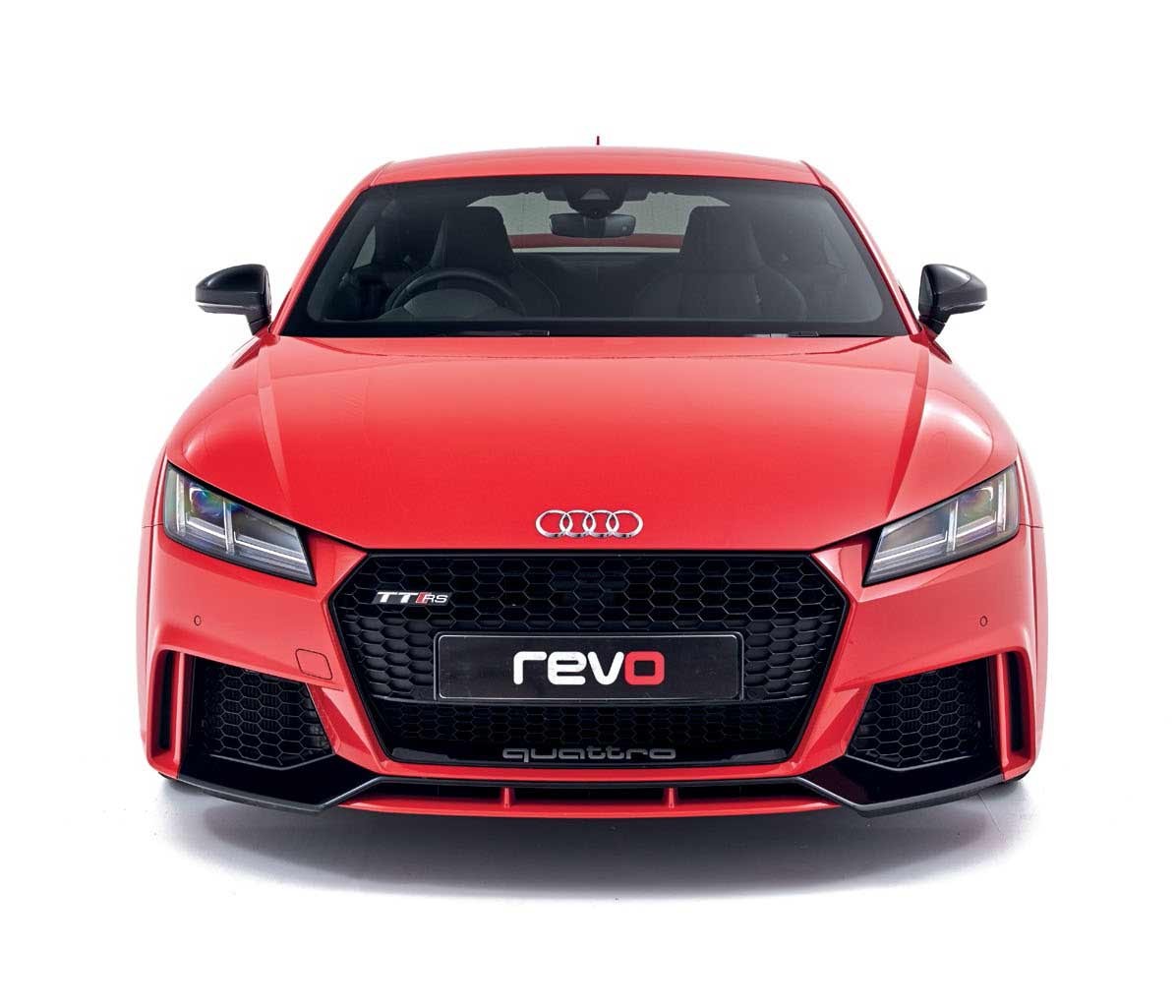 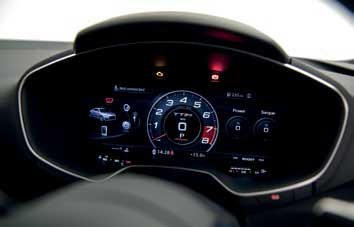 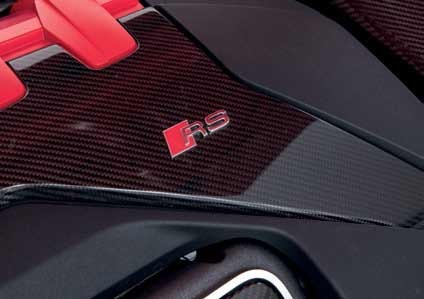 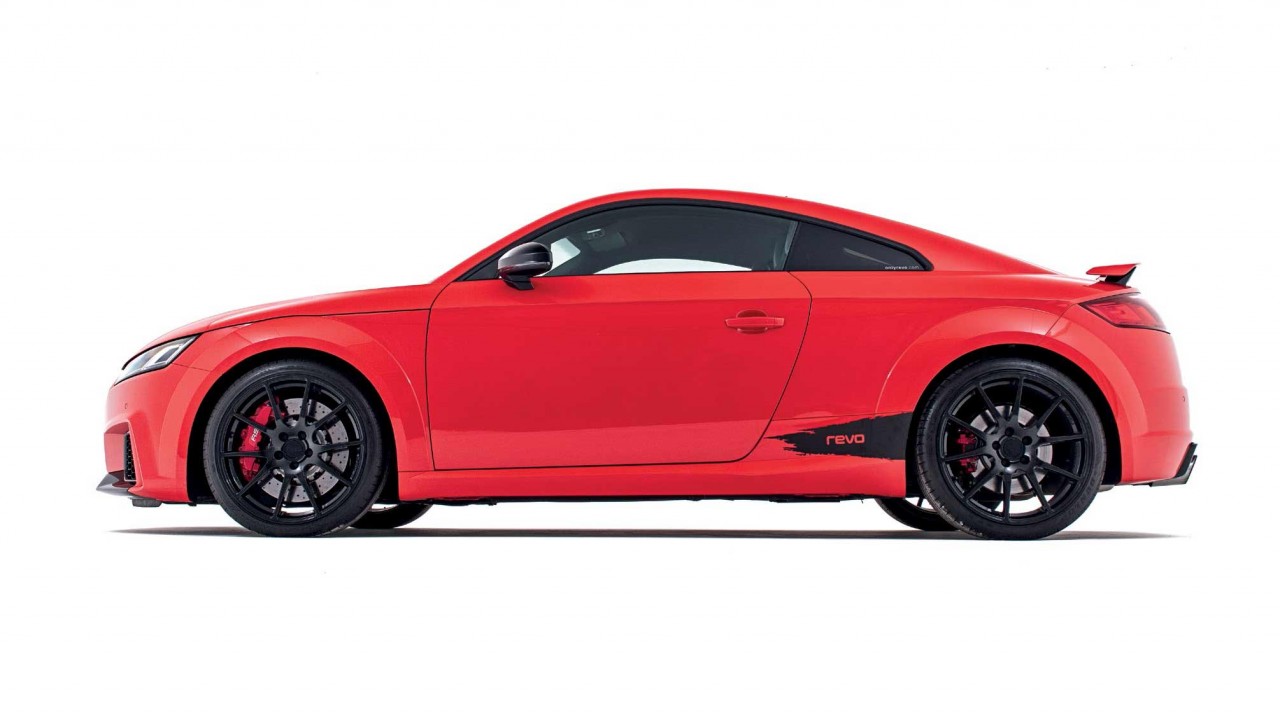 2021 Jeep Compass: Everything You Need to Know | In-Depth Review