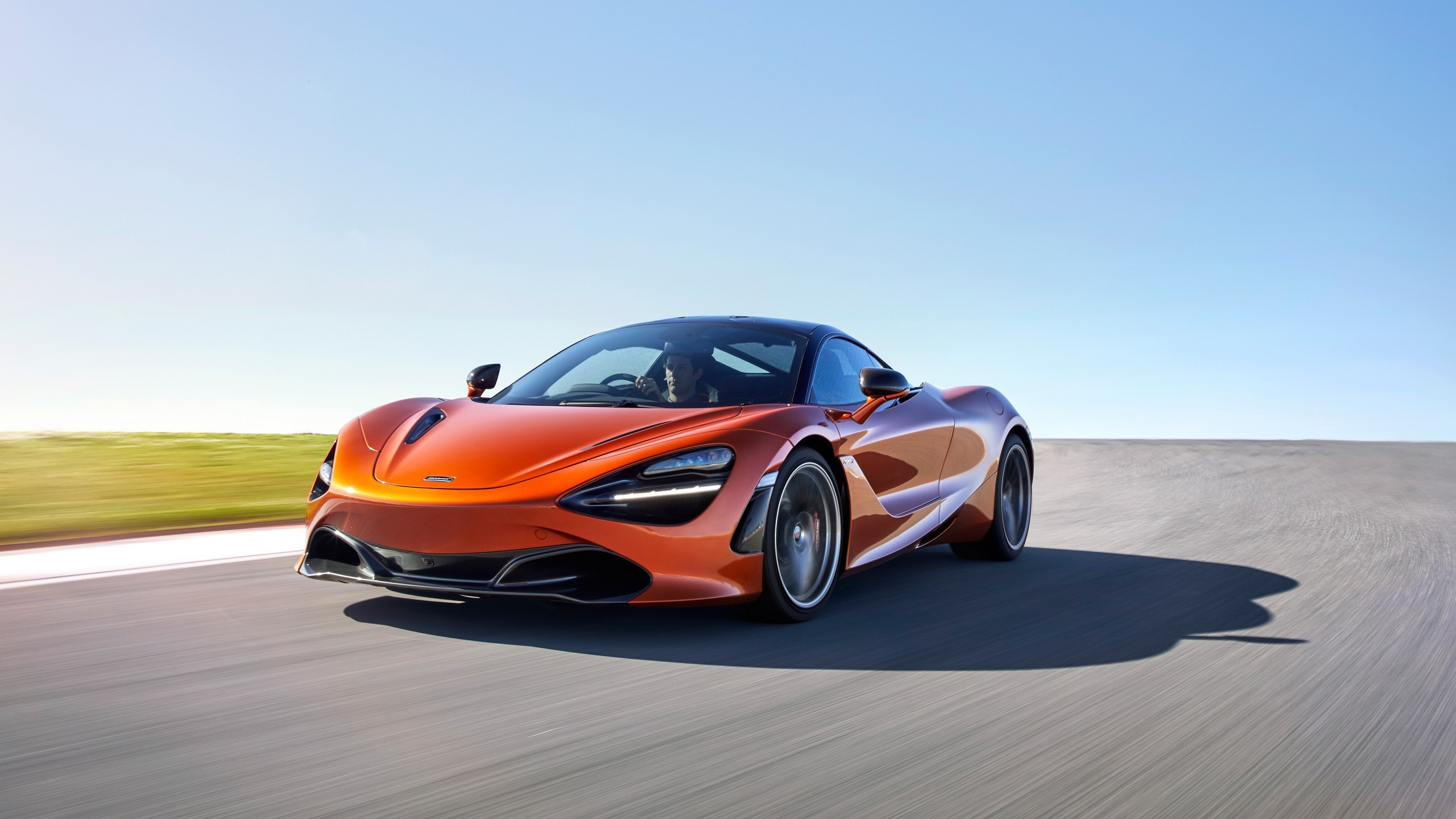 SUPERCARS ARE usually bought with the heart, not the head. And that’s long put McLaren on the back foot, with a back catalogue such as the original MP4-12C, and its facelifted sibling, the 650S.

BOASTING ALIEN AESTHETICS AND SPACESHIP PERFORMANCE, MCLAREN’S FLAGSHIP IS OUT OF THIS WORLD 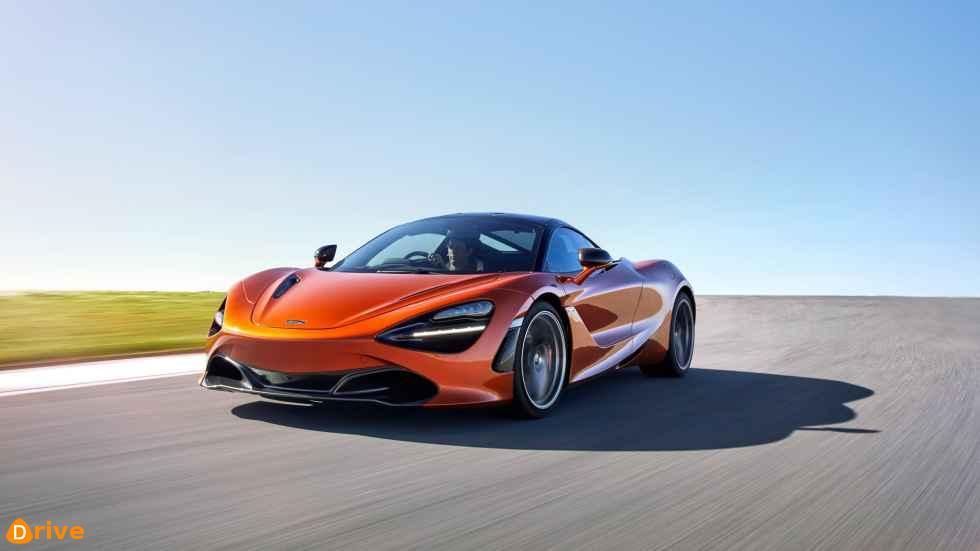 McLaren has always done things differently to the Italians. Though brilliant engineering masterpieces, consumers found them lacking the theatre and pizazz – the emotion – that makes someone drop property prices on a car in this segment. It’s a perceived lack of loin-stirring that had long seen the Woking marque trail in sales behind its competitors from Maranello and Sant’Agata – even though it consistently outperformed them on both paper and on track.

The arrival of the McLaren 720S in 2017 was a page turned anew however – an evolution of every innovation of its predecessors; it is far and away the most ballistic McLaren you can buy from a dealer, but it’s also the first that truly makes you want to. The basic formula remains: a carbon tub – whose basic architecture underpins McLaren’s ‘cheapest’ (comparatively speaking) 911-rival to their million-dollar hypercars – and a mid-mounted twin-turbo V8.

The carbon monocoque now extends up the pillars, windscreen surround and the roof whereas in the previous 650S, the lightweight composite never extended above the waistline. While the more comprehensive carbon cabin adds cost; it also improves structural rigidity immensely, trims vital kilos of mass – and the butterfly doors are now hinged from the roof allowing for a much wider aperture for entry and egress as well as adding some much needed style points.

“THE MOST BALLISTIC MCLAREN YOU CAN BUY FROM A DEALER, BUT ALSO THE FIRST THAT TRULY MAKES YOU WANT TO”

A further development of the 650S V8, the 720S engine has swelled in displacement to a 4.0lt capacity. New too are turbos, pistons, crankshaft as well as re-designed cylinder heads. Peak power output now stands at 530kW, massively outshining the preceding model’s 478kW – and heavily outgunning the Ferrari 488’s 493kW output and even the former Nurburgring-recordholder, the Lamborghini Huracan Performante and its 471kW V10. 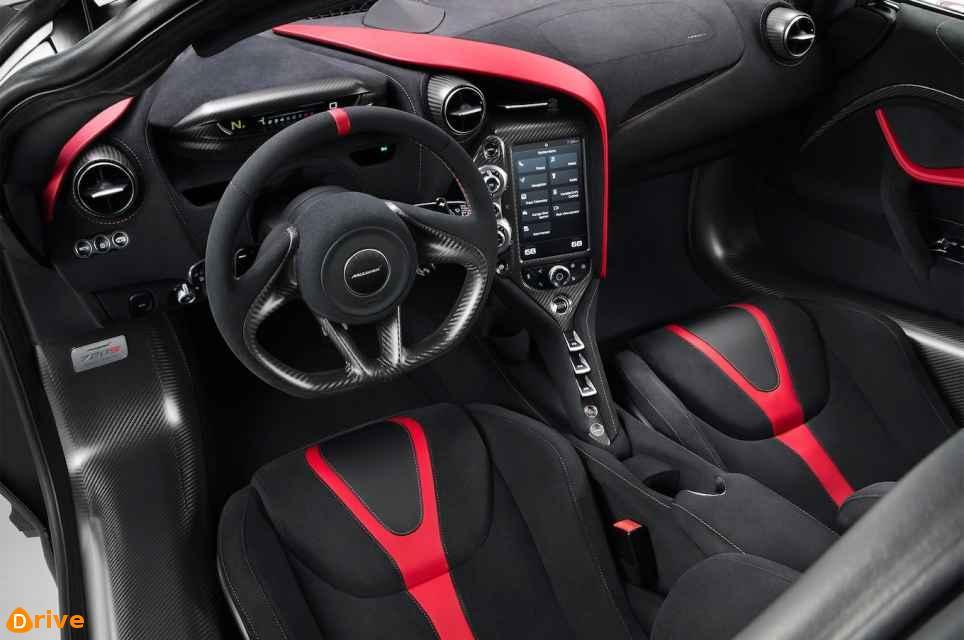 Cabin is minimal yet purposeful.

Haydn Baker, McLaren’s 720S Program Manager told our friends at Wheels magazine that the 720S is faster than the road-going racer 675LT, and would even beat the mega-exclusive and mega-expensive McLaren P1 around most circuits. Such is the magic of the McLaren 720S’ splitpersonality, it will lap circuits faster than damn near anything on four-wheels that doesn’t have an extra zero attached to its pricetag, but also a car that can feasibly be used on the road and every day.

Visiting Lorbek Luxury Cars in Melbourne, we were immediately taken by this 2017 McLaren 720S. On offer for $599,800 brand new with just 180 delivery kilometres on the odo; they tell us the car features over $50,000 in options and extras. The car is finished in special order Azores Orange, with carbon fibre exterior package. The interior is dipped in black alcantara, with a full suite of carbon accents and orange trim.

Further optioned extras include forged diamond cut alloy wheels with carbon ceramic brakes, and orange calipers with MSO (McLaren Special Operations) decals, glass roof, reverse camera, Satnav, active aero package, and a factory front suspension lift kit. Yes, this McLaren has a stratospheric price tag, but everything about the car – the looks, the performance, the presence – is every bit as otherworldly.