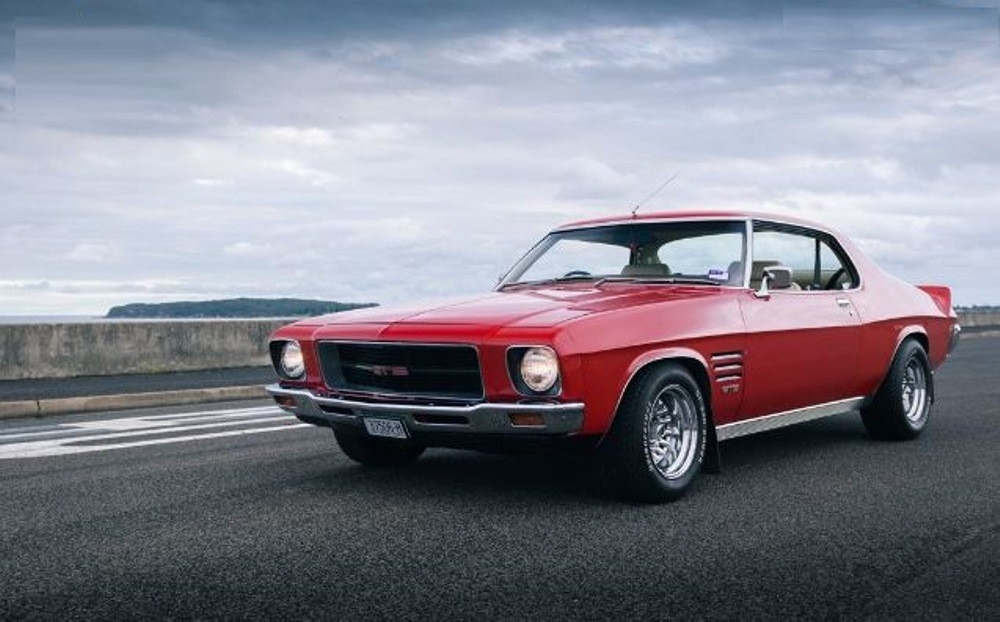 Few will deny that Holden’s Monaro when it appeared in 1968 ranked as the most significant new concept in Australian automotive history. No manufacturer in this country had ever offered such a range of engine, transmission and trim in combination with a shape that commanded hypnotic attention.

QUITE A DEPARTURE FROM THE EARLY MONAROS, THE HQ WENT ON TO BECOME A WORTHY STANDARD BEARER FOR HOLDEN’S COUPE SERIES 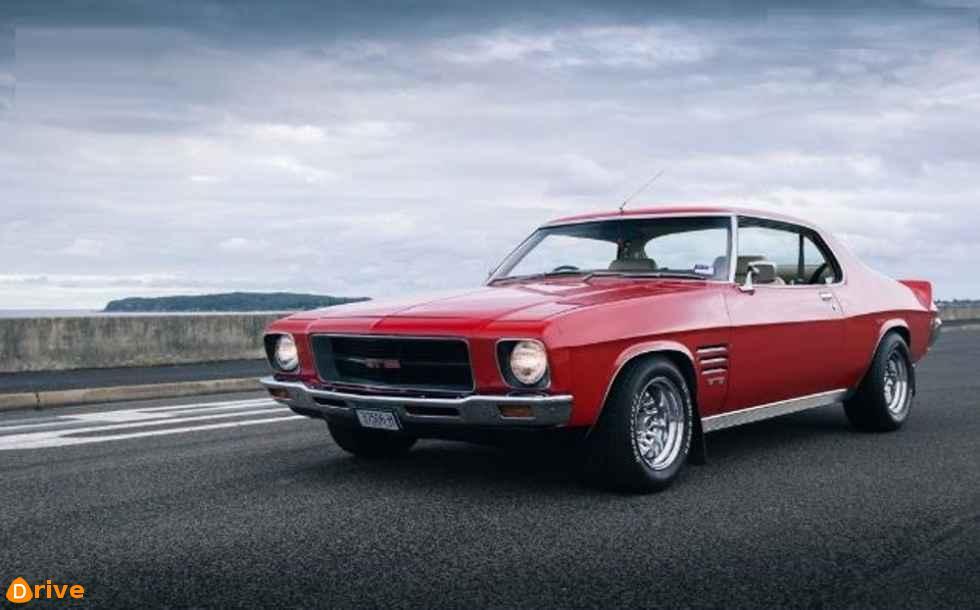 Yet just three years would pass before the second-generation HQ Monaro set a new benchmark with its head-snapping style. The two-door HQ that appeared in July 1971 was in its own way every bit as spectacular as the HK. The fastback profile was replaced in the HQ by a squarer C-pillar and distinctive wrap-over rear window which modernised the shape while maintaining the model’s inviting pillarless look.

No prizes though for predicting that the two-door HQ would in time be joined by a sedan.  The 350 cubic-inch, 5.7-litre Chevrolet V8 was offered only to buyers of GTS and LS-spec Monaros. With no further need for a big and powerful car to undertake competition duty, the output of the 5.7-litre motor was pared back from 224kW in the HG manual to a still-effective 205kW. Installing a 350 in your GTS increased the price by a substantial $850.

At $4630 the two-door remained slightly cheaper than the sedan that joined the range in early 1973. Then came the options. Standard GTS fittings included pressed steel sports wheels, a ‘turned metal’ dash and GTS steering wheel. A basic push-button radio cost $110 and laminated windscreen an extra $55. Power steering was offered as an option but only in conjunction with automatic transmission. Turns lock-to-lock reduced from a fairly snappy 3.7 in manual steer cars to a really rapid 2.6 with power steer.

The downside was a loss of feel at the straight-ahead and tendency for inexperienced drivers to flick on too much opposite lock when the HQ – as they did frequently – got out of shape on a wet road. Radial tyres were standard but only on the GTS. One of several road tests to feature the HQ Monaro 350 was by Modern Motor magazine and included an interesting insurance comparison between an LS and the GTS. 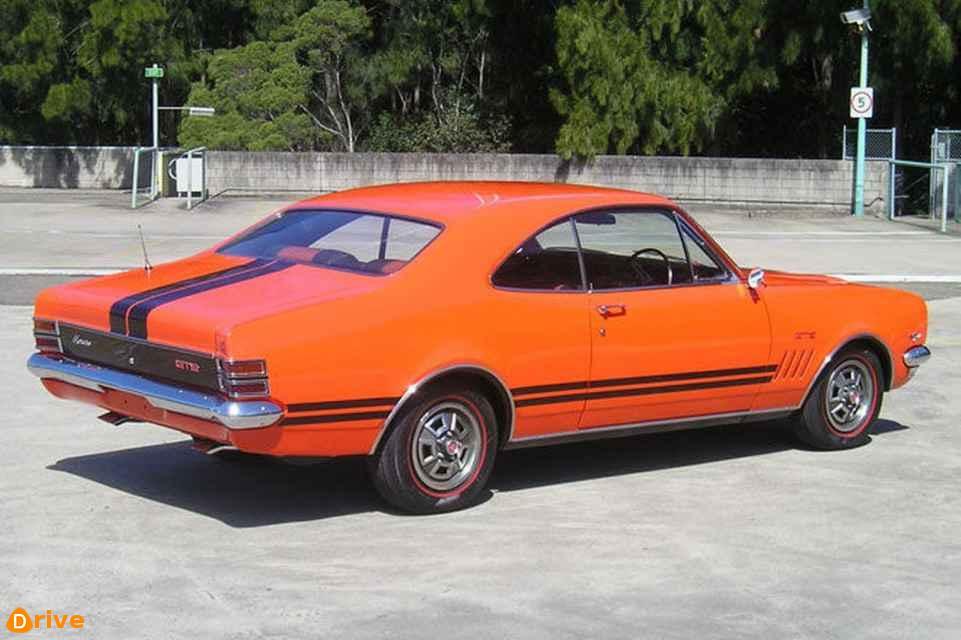 A lovely blend of muscle machine and city-car sophisticate.

Using quotes from the NRMA, a Sydney-based driver over 25 on maximum No-Claim bonus would pay $112 annually to cover a the 253-engined LS and just Monaro demonstrated a distinct advantage. While dead-heating at 2.7 seconds for the 50-80km/h dash, the four-speed car was more than a second faster in the 80-110km/h increment than the automatic. A year before the world was thrown into turmoil by soaring fuel prices and oil shortages, anyone who even asked about economy while investigating GTS 350 ownership probably

“HOWEVER, THE PERFORMANCE HEAVY HITTER WAS STILL THE MUNCIE FOUR-SPEED MANUAL”

$12 more if you chose a GTS 350. Chev-engined HQs were most likely to be specified with three-speed Turbo-Hydramatic automatic transmission, however the performance heavy-hitter was still the Muncie four-speed manual. Top speeds were virtually identical (193km/h for the manual, 190 with the auto) but off the mark the four-speed was 0.7 seconds faster to 80km/h. By the time both cars reached 160km/h the manual had streaked to a three second advantage.

Back when hitting 140km/h while overtaking wasn’t going to cost your licence, the manual wasn’t all that serious about having one. Circumstances today are different. With the 65 litre tank costing $1.60-1.80 per litre to refill (98 Premium is necessary) and draining itself at a rate approaching 22lt/100km a GTS doesn’t need to go very far at all for it to chew through $100 worth of fuel.

avoided replacing rear leaf springs with coils in its Monaro-sized Camaro and Firebird. In Australia the decision to change was taken with effect across the HQ passenger car range and that included the Monaro. In some respects the softer feel made HQ and later Monaros easier to drive than big-engined HK-HG versions but on rougher, tighter roads the HQ’s understeer became more pronounced. 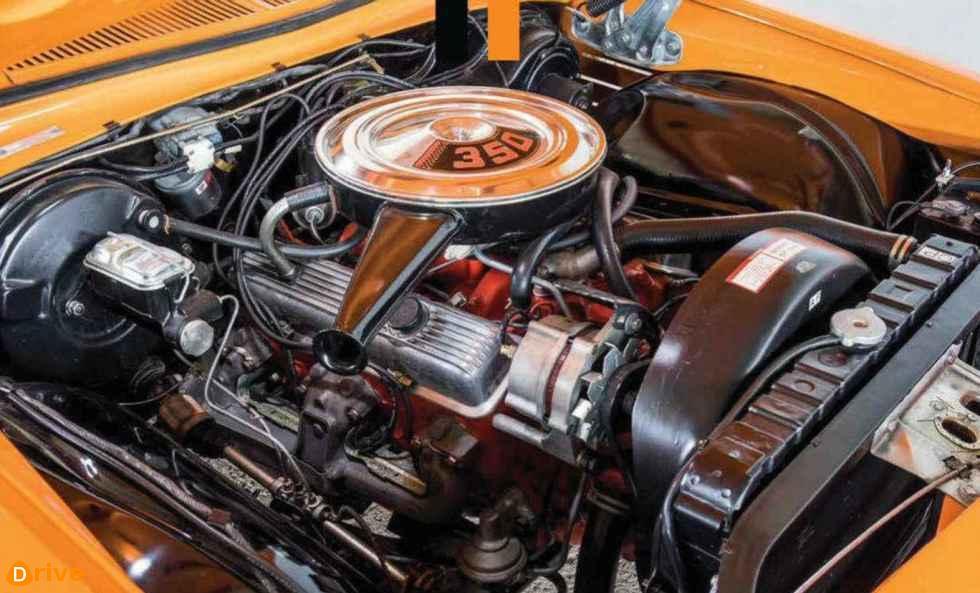 The 350 SBC V8 was rightly regarded as one of Detroit’s finest engines.

Buyers who couldn’t abandon the notion that cars like theirs should still be gridding up for the annual Bathurst stoush would naturally gravitate towards the manual HQ.Those who would rarely see an unrestricted road more often went for an auto with power steering and perhaps an air-conditioner and still enjoyed themselves. Road test writers praised the GTS seats for comfort but they surely could not have been including lateral grip in their evaluation because there is none.

Throw an HQ into a bend fast enough to induce tyre squeal and the flat vinyl seats with their optional ‘houndstooth’ cloth inserts would try to dump driver and passenger into the same corner of the cabin. Seat belts were supplied but in those days their use was a suggestion not a rule. Today’s inertia reel belts are a big help. Visibility, especially in  two-door cars, is outstanding although you do need to take a bit of a guess when parking as to where the edge of the boot lid is.

The coupe doors are huge and heavy and if they don’t close without being lifted you might be facing problems with the hinge  boxes.    Occupants who in the back of a Hardtop XA Falcon could see almost nothing enjoy a very decent view from the back seat of a two-door HQ. Those who choose the sedan as platform for their ‘350’ powertrain miss out on the panoramic views but do enjoy similarly generous levels of leg-room. 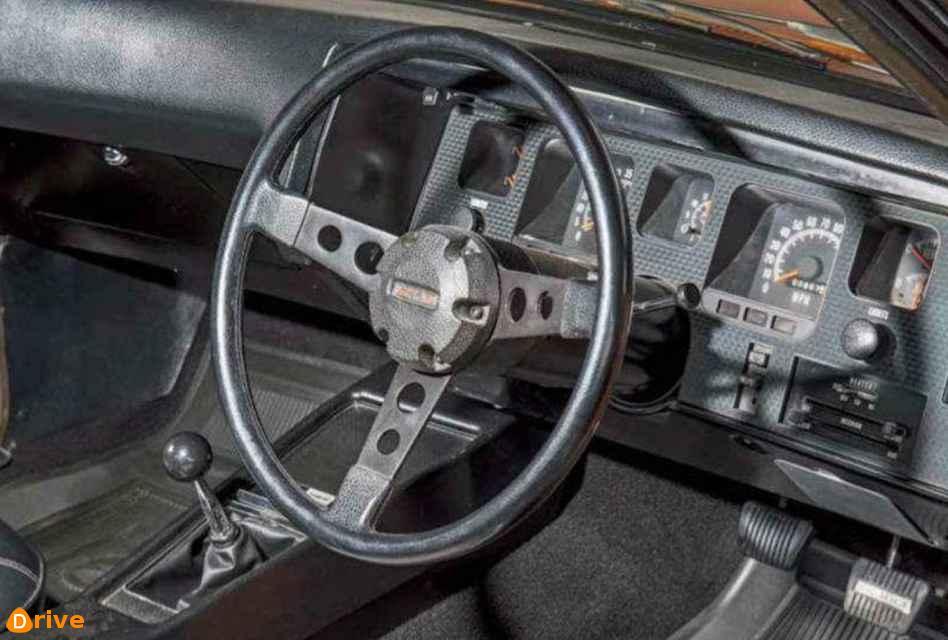 Optional houndstooth cloth inserts were the bee’s knees back in the day.

Headlights are poor for a car with the performance potential of a GTS and an upgrade to halogens is worthwhile, even if the car will rarely leave the suburbs. Brakes are a bigger issue and can’t be improved significantly without compromising the authenticity of now-valuable vehicles. Looking back to magazine tests when the HQ was new shows heavy weight transfer under maximum braking effort and locking of front and rear wheels – apparently quite at random depending on surface imperfections.

A remedy for the nose-down antics can be found at your local suspension centre while better-quality pads can slow the rate at which heat affects brake performance. However for really top stopping performance the only answer is a switch to rear-wheel discs.