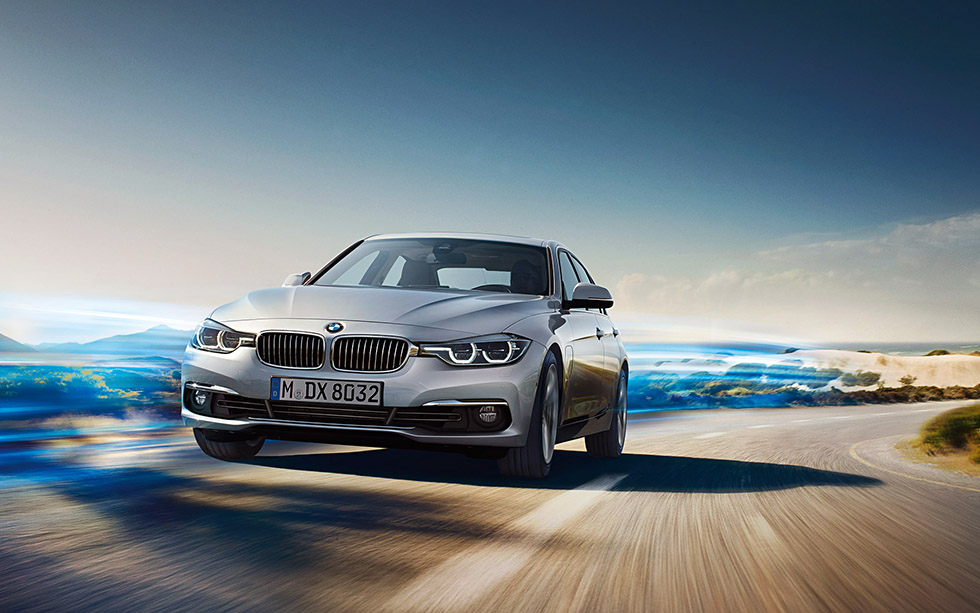 The face-lift for the 3 Series has arrived and there’s plenty to talk about. With a new pretender to its crown in the form of the Jaguar XE, the 3 Series has upped its game with a whole host of changes under the skin even if externally it appears little has changed.

Every now and then the 3 Series’ position as the top executive saloon is challenged by BMW’s competitors and it usually manages to shrug off the opposition with a tweak here and there but 2015 will see the 3 Series face its toughest test yet. It may be celebrating its 40th birthday this year and it might have already sold over 14 million examples (Saloon and Touring combined) but this year there’s a new kid on the block in the form of Jaguar’s new XE that’s currently basking in rave reviews from its international launch. Then there’s the new C-Class W205 to beat and Audi’s aging A4 is due for replacement later this year… the face-lifted 3 Series F30 certainly has a tough task ahead. 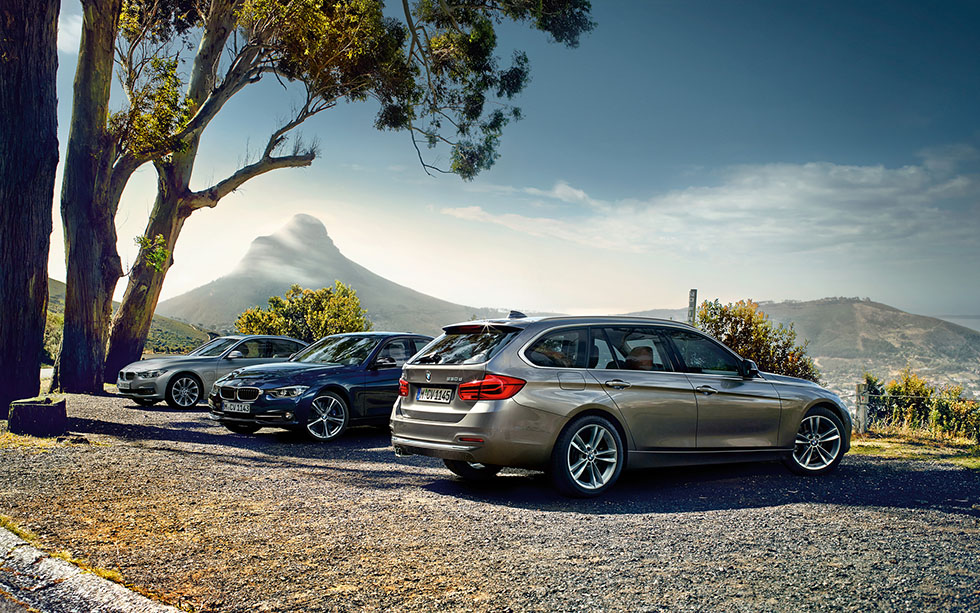 Thanks to the opposition upping the ante, the 3 Series has raised its game significantly and the facelift (or LCI if you prefer BMW’s internal model parlance) will receive a large number of changes to its engine line-up, its suspension and equipment levels to give it a fighting chance. As is generally BMW’s way these days, the external changes are actually pretty minor and both the Saloon and Touring benefit from small upgrades to the front and rear bumpers and the head and tail-light units. Unlike the 1 Series that received quite a number of exterior changes those on the F3x machines appear at first glance to be pretty minimal.

At the front the lower spoiler treatment is slightly different with redesigned air intakes that give the car the impression of being wider while the same effect is hoped for with changes to the rear valance, too. The headlights have been tweaked and now feature LED daytime running lights at the base of the four round headlights. Full-LED lights can also be specified as an option on the F30 too, and judging from the pictures that BMW has released, look significantly more arresting that the standard units and the full LED set up also features an LED eyebrow indicator strip above the dip- and main-beam units.

At the rear the light clusters have been reshaped and are now full LED units retaining the distinctive BMW ‘L’ shape yet with more curved light bars within the units to give them a more distinctive look. The indicator light bars are now in two parts and stretch on to the bootlid to widen the rear look of the car. However, it’s under the skin that BMW has made the greatest number of changes and virtually the entire engine line-up is made up of the new modular B class family of engines, with just the 330d and 335d retaining previously used units. There will be a new model designation too, with the 335i morphing into the 340i, and looking ahead there will also be a plug-in hybrid, the 330e, that is due to make its debut in BMW’s centenary year in 2016.

We’ll start with the petrol-engined machinery though and perhaps it’s a sign of the times but there will be a choice of four petrol engines in the line-up compared to six diesels. For the first time in the 3 Series you’ll now be able to sample three-cylinder motive power in the shape of the 318i which effectively replaces the 316i as the entry-level model. The 318i has a 1499cc engine that dishes out 136hp and 162lb ft of torque and in manual Saloon form is still capable of just dipping below the nine second barrier for the 0-62mph dash which certainly doesn’t sound too shabby. Quoted economy is rated at up to 56.5mpg, dependent on the wheel and tyre setup.

For the 320i there’s a new version of the 2.0-litre turbocharged four-cylinder unit that develops 184hp and 214lb ft of torque which makes it appreciably quicker than the 318i (with a 7.2 second 0-62mph time) yet still capable of returning around 50mpg on the official combined cycle. The same engine, but in a different state of tune, is now used in the new 330i, which replaces the 328i in the line-up and while we should be used to the latest round of engine downsizing, it just somehow seems wrong that the 330i is now a four-cylinder! For the record its output is up slightly at 252hp but torque remains the same at 258lb ft and it’ll reach 62mph from rest in just under six seconds in manual Saloon form.

Top dog in the petrol line up is the new 340i which is the first BMW to receive the new modular version of the six-cylinder petrol unit. With a swept volume of 2998cc it develops the same 326hp and 332lb ft of torque as the M135i which still sticks with the older 2979cc turbocharged unit. As you’d expect from the sub-M range topper the 340i is rapid with a 0-62mph time of 5.1 seconds for the eight-speed auto, and 4.9 seconds for the xDrive four-wheel drive version that we sadly won’t see in the UK. Next year the 330e will make its debut and this model will combine the four-cylinder petrol engine with an electric motor for a combined output of 252hp giving a 0-62mph time of around six seconds yet being capable of returning 134mpg on the combined cycle and emissions of just 49g/km.

As far as the diesel engines are concerned four models effectively use the same unit but in different states of tune. So the 316d, 318d, 320d and 320d EfficientDynamics all use the new B47 unit with outputs varying between 116hp and 190hp and offering economy figures of up to 72.4mpg. The 320d EfficientDynamics also manages to dip below the magic 100g/km CO² barrier (when spec’d as an auto) which will make it a very popular company car choice. The last two diesels, the 330d and 335d xDrive use tweaked versions of the previous engines with outputs of 258 and 313hp respectively.

It’s not just the engines that have been upgraded though as BMW has also made changes to both the manual and automatic gearboxes fitted to the 3 Series. The vast majority of cars still come with the six-speed manual as standard and this has been honed to offer greater efficiency and optimum performance and now comes with a dual mass flywheel with centrifugal pendulum absorbers to aid smooth gear changes and it will also now rev match for you as you change your way down the gearbox. The ZF eight-speed auto has also been further refined and BMW reckons that reduced torque converter slip reduces CO² emissions by three per cent while the coasting function has been further refined to decouple the engine from the gearbox for example on a gentle motorway downhill section. There is also a proactive driving assistant that uses information from the navigation system to ensure the correct gears are selected in anticipation of roundabouts, corners or inclines.

BMW also reckons the new 3 Series Saloon and Touring models feature retuned – slightly stiffer – suspension and optimised steering that further improves their dynamic ability under all payload conditions. The four-wheel drive xDrive setup will also be available in the UK as an option on the 320i, 320d and 330d, and the 335d will come as standard with four-wheel drive due to its high torque output. Inside there’s been a gentle refinement of the materials used in the cockpit and there are some further options on offer, too. Interior trims have been updated with chrome highlights and high-gloss surfaces giving the interior a classier look. Around the central control panel in the centre console you’ll now find high-gloss black, while chrome accents now adorn the new controls for the electric seat adjustment, the electric window controls and the air vents. In Luxury, Sport or M Sport models, the accent strip in the instrument panel continues into all four doors. Other new features include cup holders in the centre console with a sliding cover and an additional practical storage area for items such as a smartphone, positioned forward of the cup holders.

The UK line-up will include SE, Sport, Luxury and M Sport trim levels and there will be several new colours to choose from including Mediterranean blue metallic, Platinum silver metallic and Jatoba metallic in addition to the Individual colour Champagne Quartz metallic. New wheel designs will also feature.

As we went to press the exact UK-specific market information had not yet been announced for the face-lifted 3 Series so we don’t have the full run down of UK equipment levels but we do know that all LCI models will receive Business Navigation as standard and those who upgrade to the full Professional setup will receive the latest system that boasts quicker start-up, even faster route calculation along with more realistic 3D visualisation in cities. The Professional navigation system is also adaptive, so that when the driver deliberately deviates from a suggested route several times the system will start to propose the new ‘learned’ route as the standard one for reaching the selected destination. Automatic map updating (which is free of charge for the first three years) and the ConnectedDrive Services enable individual regions of the navigation map to be updated wirelessly over the air by means of the vehicle’s integrated SIM card.

We’ll bring you full UK pricing and specification as soon as it’s been finalised but for the time being we reckon the face-lifted 3 Series has enough going for it to keep it ahead of the chasing pack of Jaguars, Audis and Mercedes when it goes on sale in July.