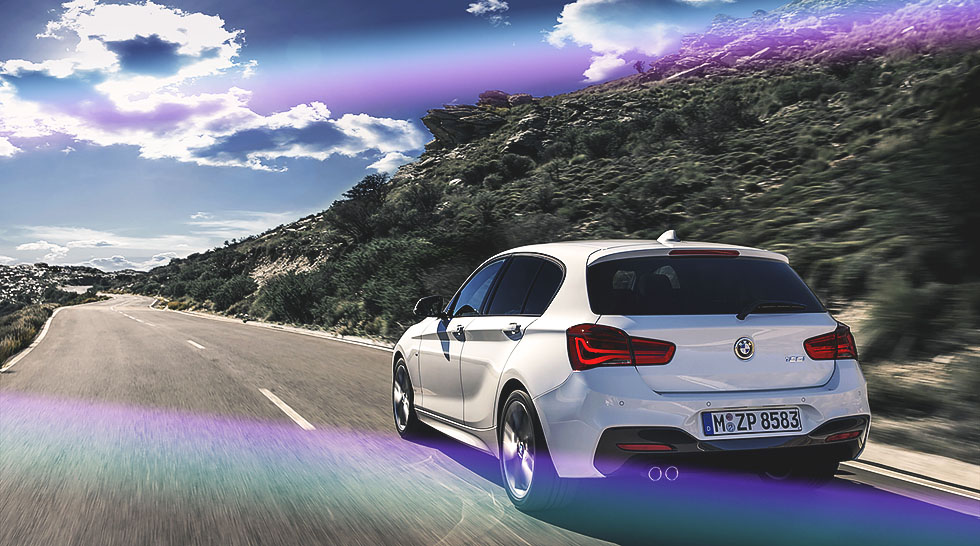 Sampling a selection of new BMW F20 and F21 1 Series models. The 1 Series has received its mid-life nip and tuck and we’ve sampled a selection of the new range to see if the beauty runs further than skin deep Words: Bob Harper. Photography: BMW.

Since I’ve been working with the BMW brand for the best part of 30 years, it’s true to say I’ve seen a number of new models make their debuts and also seen more than my fair share of mid-life nip and tuck face-lifts – and the one that BMW has just put into production for the F20 and F21 1 Series has to be one of the most radical. Beauty is in the eye of the beholder but for me the pre-face-lift 1 Series had the sort of face that only a mother could love. I wasn’t a fan and to my mind it was an even worse attempt at a traditional front end than the original E65 7 Series. What do I know though? That old E65 sold well and some days on my morning commute it seemed virtually impossible to drive for more than a couple of hundred yards without seeing an F2x generation 1 Series. In fact, since the arrival of the 1 Series just over ten years ago BMW has sold nearly two million examples and in the UK it accounts for around every one in four BMWs sold. 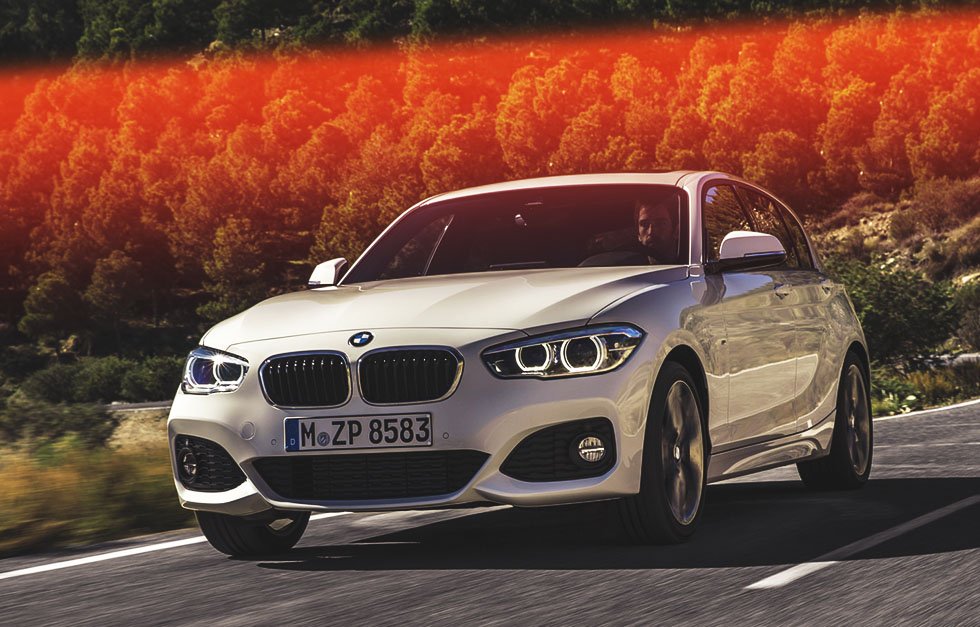 Personally, then, I was delighted that BMW decided to opt for a significant update for the 1 Series and it’s odd to think that work on the face-lifted machine was already well under way when the pre-face-lift droopyeyed version was only just going on sale three years ago. The changes that BMW has wrought on the car are plain to see with reshaped front and rear bumpers with wider openings to give the car an increased sense of width, but the greatest update has been to the lights with the front end receiving a better integrated set of headlights, more closely aping those of the 2 Series Coupé while at the rear we have a more traditional set of L-shaped LED units that now stretch on to the bootlid whereas before they were simply perched on the rear wings. Overall I’d say it’s a better look for the car and my only nit-pick is that with the enlarged rear lamp units the location of the model designation on the rear hatch looks a little odd. I won’t bang on about the looks any more though as there’s far, far more to the LCI 1 Series than a cosmetic nip and tuck. There are a host of new engines, enhanced levels of equipment and, of course, the news that the 1 Series will benefit from BMW UK’s adoption of sat nav across the range from September. On the international launch that we covered a couple of issues back, we drove the 120d xDrive and the M135i so on this BMW UK launch event we decided to sample some of the models that might not necessarily be the headline grabbers, but the ones that are most likely to be purchased by the vast majority of customers, so here we’ve driven the 116d EfficientDynamics, the 118 in both i and d formats and the range-topping diesel in the form of the 125d.

The entire diesel engine line-up in the 1 Series is made up from the new ‘B’ generation of BMW engines and the first to come under the spotlight was the new 125d. Developing 224hp and 332lb ft of torque it posts some impressive performance credentials – 0-62mph in just 6.3 seconds, a top speed of 149mph yet a combined economy figure of 61.4mpg and emissions of 121g/km. Our test car was a three-door M Sport with the eight-speed auto and in dark grey it looked very stylish and purposeful. On the highways and byways of Wiltshire it was capable of putting in a pretty convincing performance, bombing down the lanes with real verve yet showing getting on for 50mpg on the OBC when taking it a little easier. The four-cylinder engine is significantly more refined than its predecessor and only makes itself heard when really extending it. For someone who is after some serious performance potential but who also wants something that will be parsimonious on their daily commute this could be the ultimate package. The only fly in the ointment is its £29,800 price tag – it’s only available as an auto and only in M Sport guise so if you did want to save some money and have almost as much fun behind the wheel you could save yourself a pretty tidy sum by opting for a 120d instead.

Petrol-engined machines seem to get overlooked sometimes these days but with the latest generation of turbocharged engines the petrols are able to get far closer to the diesels than they used to. There has been some massaging of the model designations along the way and for the UK market the entry-level model will change from being the 116i to the 118i which uses a four-cylinder 1598cc unit that develops 136hp and 162lb ft of torque. Its vital stats are a 0-62mph time of 8.5 seconds and a top speed of 1340mph which doesn’t seem shabby for an entrylevel machine. Claimed economy and emissions figures of 52.3mpg and 125g/km are impressive too.

In other markets there’s still a 116i on offer that’s powered by the three-cylinder 1.5-litre unit but this model won’t be coming to the UK. The 118i though certainly seems pretty sprightly and can cover ground faster than you’d expect from the base model in the BMW UK line-up. The flip side of the coin is that if you do try to extract the performance economy suffers pretty significantly, but driven sensibly the OBC will record figures of over 40mpg which isn’t bad if some way away from the cloud cuckoo land official figures derived from the ridiculously skewed EU test. At £20,245 for the three-door it’s a pretty costeffective way into BMW ownership.

Spend another £2000 and you can be slipping behind the wheel of a 118d, which brings slightly improved on-paper performance (0-62mph in 8.3 seconds and a top speed of 132mph) but significantly better economy stats of 70.6mpg and 104g/km. Opt for the eight-speed auto and those latter figures improve to over 74mpg and the CO² drops to below the magic 100g/km. On the road it feels significantly sprightlier than the figures suggest due to a much beefier mid-range thanks to its 243lb ft of torque. Despite the improvements made to the 118i, if it were my money I’d be heading in the direction of the 118d as not only does it feel like it has enough power to bring the chassis a bit more to life it will be significantly more economical, too.

The last machine I sampled was the 116d EfficientDynamics and given that the rest of the cars I’d tried should offer better performance I was expecting the 116d ED to feel a little lacklustre. Unlike the rest of the 1 Series line up the ED uses a threecylinder 12-valve unit that develops 116hp which sounds a little underwhelming but this is backed up by a pretty meaty 199lb ft of torque. You’ll have to be happy swapping cogs yourself with the EfficientDynamics 116d as it’s only available with the six-speed manual and if you try hard the official stats say you’ll be able to knock off the 0-62mph dash in 10.3 seconds. Its undoubted trump card is its ability to travel 83 miles per gallon while emitting just 89g/km of CO². As a company car it would appear to be a no-brainer. The three-cylinder engine is a little gruffer than the four-cylinder but it’s no worse than the outgoing four-cylinder diesel so it’s not as if it’s terrible by any means. The surprise for me was that you can actually make pretty decent progress in the car if you have the mind to and if you take things easy you will undoubtedly see mid-60s economy without really having to try very hard. It’s an impressive piece of kit for those on budget, or those who refuse to pay the tax man too much for the privilege of having a company car.

All the models we drove exhibited the improved interior quality that BMW says it’s installed in the 1 Series with better cloth and dash embellishments in black which give the car a classier look. BMW UK has also simplified the model structure for the 1 Series with three trim levels – SE, Sport and M Sport – which streamlines the previously rather muddled set up. Spec is pretty impressive and as you’d expect the options list is extensive and makes good use of BMW’s suite of Connected Drive services – the more options you tick, the more connected you’ll be! Overall the face-lifted 1 Series has taken the entrylevel BMW several steps further up the ladder in terms of styling, engineering, performance, economy and emissions. Expect to see even more of them on the road and the best news for me is that they will no longer be an eyesore!

I’d head in the direction of the 118d as it feels like it has enough power to bring the chassis to life.

Far left: 116d EfficientDynamics now features a three-cylinder 1.5-litre diesel and is capable of returning over 80mpg according to the official figures while emitting just 89g/km of CO². Despite its low 116hp output it actually drives really well and must be the pick of the range for the company car driver.

BMW has made extensive changes to the 1 Series with new headlights and tail-lights as well as a host of revisions to the engine line up. Above: 125d M Sport really looks the part now and offers an excellent blend of performance and economy.

Personally I was delighted that BMW decided to opt for a significant update for the 1 Series.