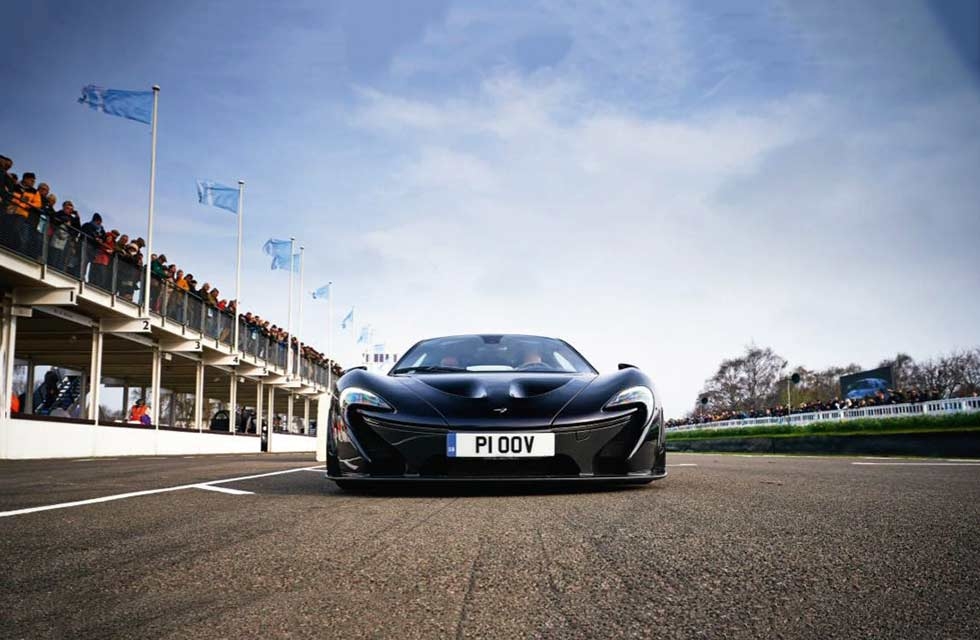 It seemed like such a fantasy title for an email that I could easily have dismissed it as spam, along with all those ones from the dropdead gorgeous Svetlana who is desperate to marry me, the cheap plentiful Viagra on offer (and that I will need if Svetlana ever turns up), and saving 30% of the business rates that I don’t have.

The exact words were ‘Driving a P1 at Goodwood’. The source – McLaren global communications and PR director Wayne Bruce – was trusted, though, so I opened it. To my relief, he hadn’t been hacked and nor was he offering me the story of someone else driving a P1. It was actually a dream invitation to have a go in one of my most lusted-after cars at my equal-favourite UK circuit (when driving rather than spectating, Donington does have a certain X-factor). The only drawback for someone who prefers to do his testing discreetly was that this drive would be during a McLaren parade on 6 April, the first day of the 77th Members’ Meeting and with an audience of several thousand people. The lure quickly overcame the fear. Of course, I said yes instantly. I am not an idiot.

‘THE CARS IN FRONT DASHED OFF AS I POOTLED AT THE AGREED 60MPH. RACING DRIVERS ARE EASILY BORED’

That’s how I came to be sitting on the grid at Goodwood in a McLaren P1, staring at the rump of a Senna with a P1 GTR and the XP5 F1 close by. Oh, and the fastest-ever McLaren road car, the Senna GTR, taking its public bow with Bruno Senna at the wheel. As if I wouldn’t be nervous enough losing my P1 cherry in front of an audience – in what was being very publicly billed as The Ultimate McLaren Parade – in the car with me was payrolled hotshoe Ollie Millroy. We had a good chat and he told me how, on a previous media day, he broke Goodwood’s lap record in this car while just warming the tyres so the journos didn’t embarrass themselves when they had a go. For the record, Ollie reckons he had been driving at 70% and that there were another couple of seconds to be taken off that time if he went flat out. That’s the difference, folks: for me the difference between 70% and 100% at Goodwood is about a minute and- a-half.

The car I was to pilot is interesting, too. P1 00V is a legendary Amethyst (purply-black) prototype – the last of the three, actually – internally referred to as PP3. It has over 20,000 miles on the clock, having been driven everywhere, by everyone who is anyone… and today it is to be driven somewhere by someone who is no-one.

With the cars ready for the parade, Ollie piloted for two laps at a nice respectable 60mph. This calmed my nerves somewhat. Then it was time to swap. The cars in front dashed off and by Madgwick they were disappearing into the distance as I pootled at the agreed 60mph. That’s the problem with racing drivers. They are easily bored. The unexpected upshot of this was that I was suddenly having to focus on the driving sufficiently to rapidly become unaware of the crowds watching – and at a speed which meant that, while not exactly pushing the envelope, I did get a meaningful feel for the P1. Wow!

You would expect a carbonfibre monocoque, mid-engined, rear-wheel- drive car with knocking on 1000bhp to be rapid, but wow! As the speeds escalated and I failed initially to make up the ground, at Lavant I fed in as much throttle as I dared, the twin-turbo 3799cc V8 took off like a scalded cat and we were back in line astern by Woodcote. I then let them get ahead again so I could do the same on the pit straight. It felt significantly faster than an F1, it must be said.

We still weren’t getting anywhere near the limits of this hybrid hypercar, but holding that line from the Madgwick apex to the Fordwater one at speed tells you an enormous amount about any car. With the driver able to feel the downforce, this one felt hugely planted, the steering still smooth, only minute adjustments needed to hold that set line.

Elsewhere, it was so capable that at these speeds the racing line became almost irrelevant. That said, as we blasted down the Lavant Straight for the final time, Ollie was urging me enthusiastically to slice the corners, so I must have been showing some signs of life. When we finished he was wearing a beaming smile, too, with not a hint of sweat on his brow. That was all the validation I needed.

I nailed Woodcote for once, too. At a snail’s pace, true, but small victories are still victories. With F1 and P1 ticked off the McLaren unicorn list, just Bruce McLaren’s M6 GT, OBH 500H, remains. Am willing to travel…

From top Best to ignore the crowds as you scorch away from the grid; parade also featured Senna, P1GTR, Senna GTR and F1 XP5. Opposite and this page Our man Elliott ticks a car off his McLaren must-drive list as he laps Goodwood in prototype P1; his wonky grin says it all; McLarens on parade at Members’ Meeting.