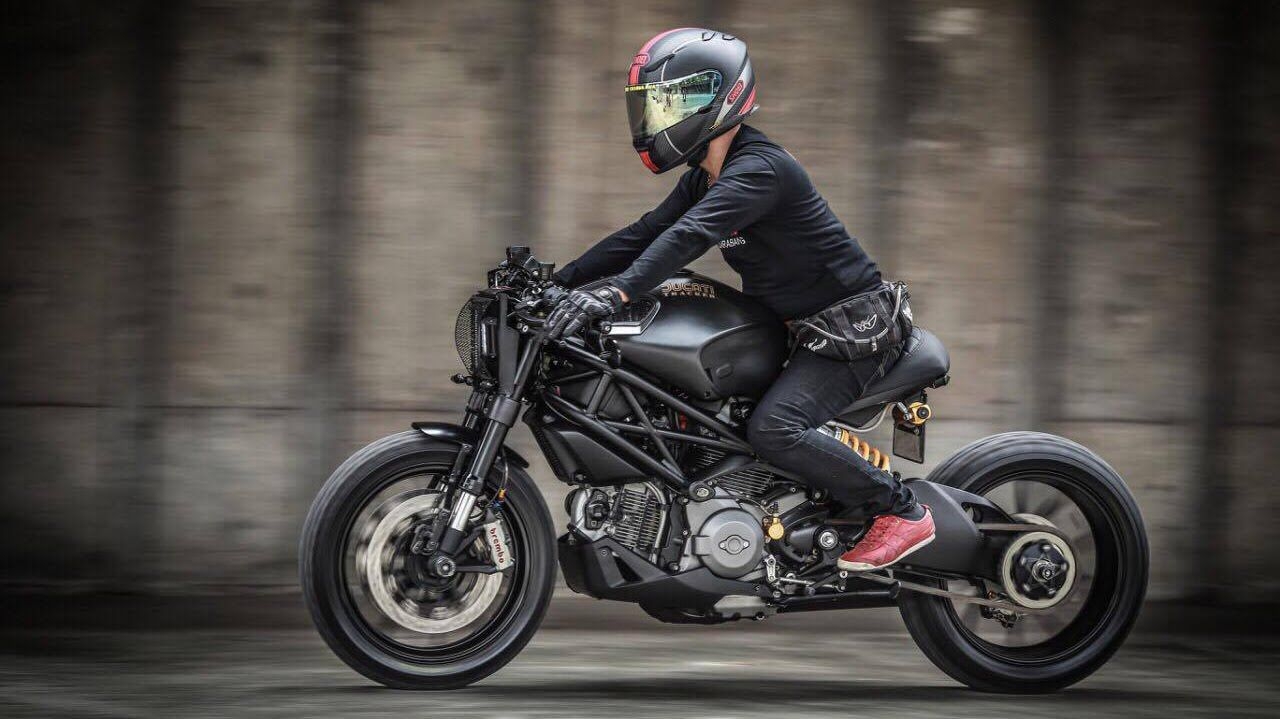 Want to make the last of the big air-cooled Monsters hairier? Our experts show you how…

‘If we see an issue, it is generally due to the forks having too much oil 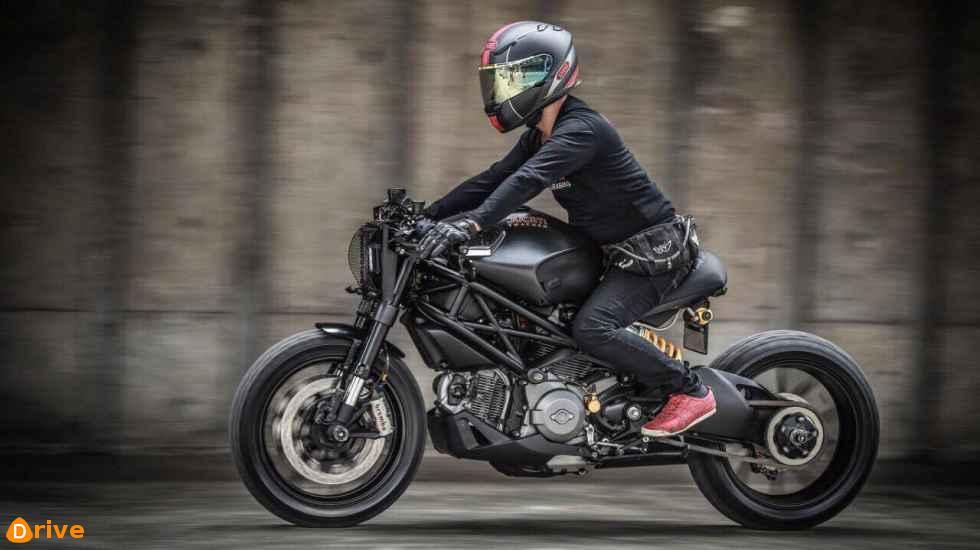 IF THETHOUGHTof a big, aircooled, sporty naked tickles your fancy, then there is really only one bike for you – theDucatiMonster. And considering Ducati have been building Monsters since 1993, you are somewhat spoilt for choice. However, if youwant the best of the bunch in terms of performance, handling andmodern electronics, then youneed to head towards the last of the air-cooled big-capacitymodels – the fantastic Monster 1100.

Or, even better, the S-versionwith its uprated suspension. Launched in 2010, theM1100 and M1100S are powered by Ducati’s Dual Spark air-cooled desmo motorwhich, in true Monster style, has just two valves per cylinder and a single overhead cam. But don’t be fooled into thinking this makes it some weakling: the 1078cc engine thumps out nearly 70ftlb of torque, which is more than enough to entertain on a bike that is pretty waif-like.

Add to this quality suspension, a trellis chassis that has Ducati’s racing DNA running through it and a cool cafe naked look and it all adds up to a brilliant bike for blatting around the back lanes on. But as with all Monsters, Ducati only provide the starting point… The whole Monster scene is built around customisation and the M1100 is no stranger to extras being added to it. From full-on tuning to simple visual enhancements, there is a smorgasbord of goodies out there for owners to discover and splash their cash on. But what works and what doesn’t? Here is what our panel of experts reckon…

“I have no ideawhich roads Ducati use to set their suspension up but I bet it bears absolutely no resemblance to the UK’s. I reckon they just fire the bikes around a smooth circuit like Monza and then kick them out of the factory’s doors as they are always setway too firmand can’t copewith bumps. “With the S version’s Ohlins you are basically a set-up andmaybe a newshock spring away from being sorted, but as standard they are too firm. 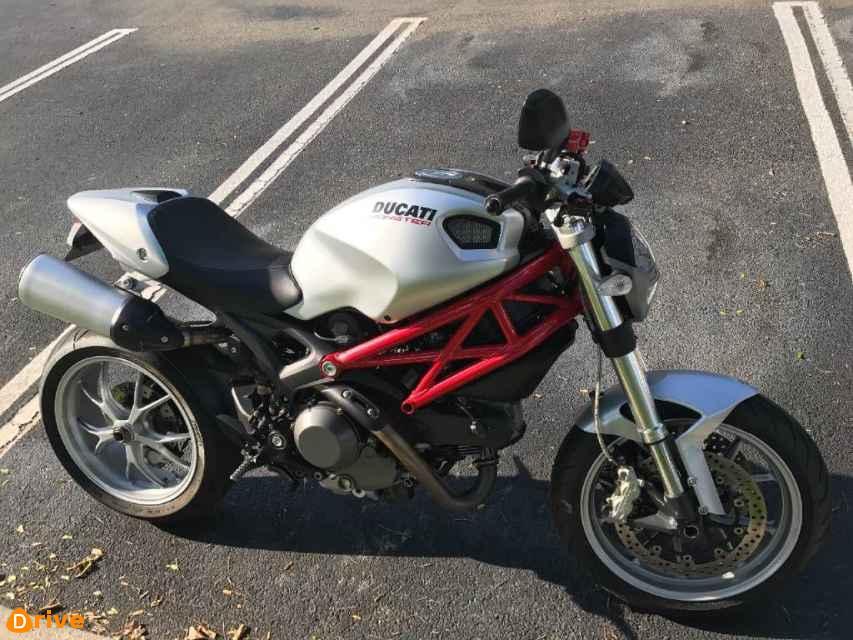 The forks are good, they just need setting up correctly so don’t need a re-valve, but you need to be careful if they have ever beenapart.The air gap is critical andifwe see an issue, generally it is due to the forks having toomuch oil, the air gap being too small as a result, and the end of the forks’ stroke then being too firm. Just check they are using all of their travel if you are unsure. “The Ohlins shock generally benefits froma softer spring and once this has been fittedwe can then set themupwith the shock running the rebound a long way out in order to get the compression correct.

Basically the damping bleeds through the same hole so youneed to get the oil flowing nicely and thatmeans winding out the rebound. “For the standard bike with Showa and Sachs suspension you really need new springs and new oil in the Showa forks and probably a re-valve on the Sachs shock. It is a little bit more costly, but still not huge amounts of money.”

“The two-valve air-cooled motor is a beautiful engine and very strong and reliable, so you can treat it to some light tuning work without any worry of unreliability issues creeping in. “Most Monster owners swap the original pipes for aftermarket items, generally Termignoni. Twins like to breathe, and freer flowing pipes and a quality aftermarket air filter allows more air into the motor and the exhaust gases to escape unhindered, which boosts the bike’s midrange significantly.

Don’t worry about fitting an inline fueling module, just get the Ducati Performance chip instead as it is cheaper. “A really good mod for the Monster is to lighten the flywheel, which allows the motor to spin up faster. This isn’t something people always think about doing but it is a great modification and not huge money to get done. You need to strip the left hand side of the motor to access the flywheel, but Ducati make an off-the-shelf lighter item that is ready-balanced, which makes it an easier job. A lighter flywheel doesn’t really increase the power much, but the engine feels far more spirited and freer revving.

“If you are chasing power, you can swap the V-twin’s cams for more aggressive items, gas-flow it and even big-bore it, but generally most owners don’t go this far. If you are considering this route, I’d recommend gas-flowing as you are improving how the motor works and runs and it won’t affect reliability.”

“You very seldom see two Monsters that are identical, that’s just the kind of bike they are. Visual modifications are a common part of Monster ownership and we see loads of bikes with tail tidies, smaller indicators, rearsets, replacement levers and the like fitted. Quite often owners swap the bars to bring them in closer to the rider, which is a good mod as long as you check there is enough clearance and you won’t hit the tank on full lock. But this is only the start… “If you want to want to enhance your Monster’s handling you can fit lightweight Marchesini wheels from other Ducati models. 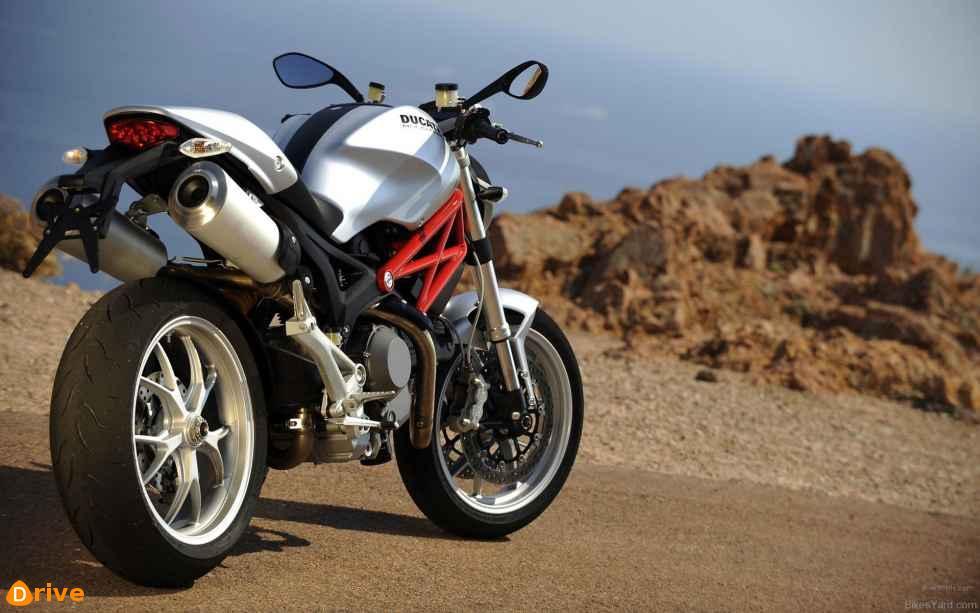 The 1100’s single-sided swingarm’s wheel fitment is the same as the 848 and even the 916 (but not the 1098), so you can put a three-spoke wheel in or a lighter Marchesini one from the 848. The same goes for the front wheel, it’s generally just a case of a few spacers – however, always check the discs’ offset as this varies between models and can cause issues. And remember that Ohlins forks have larger diameter lower tubes, so you will need to buy an S model’s bottom triple clamp or get your lower one modified to suit. “The Monster is a great bike for anyone who has an interest in modifying and upgrading their bike, it’s a wonderful blank canvas that responds really well both visually andperformance-wise to upgrading.”

MORE IN THE MIDRANGE

When you look at the peak figures on these curves, the addition of Termignoni exhausts does not appear tomake a huge difference. However, the big bonus is not only a 2.16lb.ft boost in peak torque, but that its peak output has been shuffled back to 4800rpm, giving the 1100 a much harder punch. From3000-6000rpm, the power curve ismore like a diagonal power line… There are sizeable midrange gains to be had with some dyno time.