Engine swaps are rare in Japan. Tight regulations surrounding their certification for road use mean very few people do them. And because some of those regulations pertain to air pollution (you cannot swap in any engine that’s dirtier than the original, for example), people fitting older engines in newer cars are so rare as to be almost non-existent.

Hirashima Takeshi, though, is one of those people. A BMW owner for most of his life (and he’s never owned one he didn’t modify), Hirashima-san sold his E30 M3 a few years ago to help pay for his daughter’s university fees. As you would, though, he’s pined for it ever since, but seeing as buying another one now would cost huge money, he decided instead to put some E30 M3 in his 318iS, thus creating what he feels is the best of both worlds.

Of course, given how many people view the E30 M3 as God’s Chariot, this might be seen as a mistaken viewpoint, but Hirashima-san disagrees. “The problem with the E30 M3 is the lack of rear pliancy. It’s not capable of following the road imperfections or handling weight transfer as well as an E36 due to the limitations of the rear trailing-arm design. So in the wet or on extremely high-grip surfaces where you end up with high lateral Gs, the rear lets go. But the E36 has no such issues. The tyres just grip up because they can trace the road properly.” And by fitting the more powerful S14 motor, Hirashima-san basically feels like he’s created “a four-cylinder E36 M3.”

“As for the drivetrain, Kazamasan’s long history of tuning JDM cars… meant he could come up with an innovative solution for the gearbox… an Aisin J160 six-speed out of a Toyota Altezza (first-gen Lexus IS)” 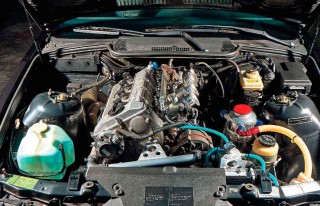 He admits that “a foreigner may think a lower-powered E36 M3 is a downgrade, and that I should simply buy an E36 M3 and make that faster,” but he counters by saying that “the driving experience in this one is better.” And given the lack of weight over the front end, we don’t doubt it. “If I stick a turbo on this, it’ll pretty much match a current M2 or M3/4 around a track anyway,” he says. For anyone doubting him, Hirashima-san cites the case of one Japanese BM Cup competitor with a turbo 318iS who easily matched M4 owners’ lap times around Fuji – Japan’s most power-hungry course. “Through the turns, looking at his on-boards, he was faster, too,” he adds.

Those with knowledge of BMW’s motorsport history will also remember the Bavarians themselves created a very similar car with their Super Tourer machines in the ’90s. While those cars eventually ran the bespoke S42 engine, early examples ran a downsized S14, and that was precisely the inspiration for Hirashima-san’s build.

“After selling the M3, I went full-on into modifying the E36, with a standalone ECU and many other mods, but during a conversation with Kazama-san of Kaze Craft [who did the work], the idea of swapping an S14 into it came up, and we decided that would be fun. Given BMW themselves ran such a setup in Super Tourers, we asked ourselves why we couldn’t do the same and decided to go ahead and try it. This was when I was already over 50, so it really was a case of now or never – I figured if I didn’t try then, I may not get another chance. If someone asked me if I’d attempt building such a car when I was over 60, I’d say no chance.”

“A foreigner may think a lower-powered E36 M3 is a downgrade, and that I should simply buy an E36 M3 and make that faster… the driving experience in this one is better” 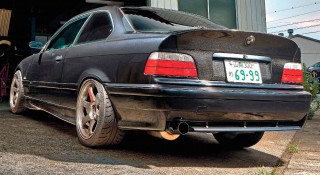 With that impetus in mind, Hirashimasan and Kazama-san set about building, then trying to swap in the S14. The building part was easy. Kazama-san has built 100s of engines, and due to a desire to keep the S14’s legendary response but also up the power, he went with a 2.4-litre overbore, rather than a stroker crank, along with CP high-compression pistons to run an 11:1 compression ratio. The rest of the motor was fully overhauled and balanced, and stiffer valve springs fitted.

The head was left untouched apart from that, which is one area Hirashima-san says he may look at in the future, but for now, he’s happy with the 240hp on offer.

In terms of fitting the completed motor, however, things got a little more complicated. Not only did they have to deal with the fact the S14 simply wouldn’t fit without being dry-sumped (and fitted with a customised dry-sump pan to boot, given the need to clear the front crossmember), they also had to contend with parts issues, finding a gearbox that would work and not cost the earth, and, as mentioned, passing shaken, Japan’s dreaded bi-annual MOT-style road-legal certification process.

“Due to a desire to keep the S14’s legendary response but also up the power, he went with a 2.4-litre overbore, rather than a stroker crank, along with CP high-compression pistons to run an 11:1 compression ratio”

Parts, for example, took an average of two-three months to arrive, and “once they did arrive, many were shockingly bad in terms of build quality,” says Hirashima-san. Other stuff was fine in terms of quality, but they got sent the wrong accessories: “The dry sump kit we ordered from the US turned into a saga, as the oil tank that turned up was huge, and wouldn’t fit where we wanted it.” Where it would fit, the plumbing would have been a nightmare, he says, so Kazama-san had to custom-fabricate a small, four-litre tank that now sits beside the engine. Despite its low capacity, Hirashima-san says it works without issues, mainly because of the more consistent oil pressure a drysump provides in all conditions. Being such a rare swap, even the stuff that was of usable quality often had to be modified to fit. The DTM four-into-one exhaust manifold, for example, had to be cut and welded multiple times to ensure it would fit the E36 engine bay.

As for the drivetrain, Kazama-san’s long history of tuning JDM cars (before he got into BMWs, he spent decades as a Japanese car tuner), meant he could come up with an innovative solution for the gearbox that would both improve performance and mean easy access to affordable, reliable parts – an Aisin J160 six-speed out of a Toyota Altezza (first-gen Lexus IS). Mated to a cut and modified E34 535i bellhousing (with work done by none other than legendary tuning house Jun Auto Mechanic), and running a custom OS Giken twin-plate, the whole lot puts power through a one-off driveshaft made in collaboration by Jun and Kazama-san, and into a Cusco 1.5-way LSD with a 4.1:1 final drive.

While fitting the engine was difficult, Hirashima-san says that was nothing compared with getting the car to pass shaken. “The swap itself took a year, but getting it to pass shaken took another six months by itself.” The time required wasn’t just due to all the testing and documentation needed for passing emissions regs, either. Thanks to Kazamasan’s insistence on running older engines on coil-on-plug ignition and Link ECUs when possible, as well as his custom exhaust design and fresh TIC catalyst, the car eventually managed to overcome that hurdle, but shaken rules also state any swapped engine’s stressed components (such as engine mounts) must pass strength tests, and given those parts were all either custom-made or customised by Kazama-san, he had to get everything tested and certified, too. Having got the engine and drivetrain in the car, though, Hirashima-san was ecstatic with the results. Even at 2.4-litres rather than the Evo II-spec 2.5, he says there’s plenty of torque, and with the engine situated only a couple of centimetres further forward than the stocker, the weight balance, and therefore handling, is basically unchanged.

“It feels like an E30 M3 that has better suspension,” he says. And because Hirashima-san is lucky enough to live and work in Japan’s Yamanashi prefecture, close to Mount Fuji and all the wonderful mountain roads near it, he can really let the car rip on regular occasions, too. Given the car has no air-con now, he says the mountain drives are also necessary to ensure he doesn’t fry in Japan’s notoriously hot and humid summers.

Of course, even though he’s pretty happy with the car as-is, it comes as no surprise to learn that there are still areas he plans on upgrading in the future. The current suspension, a set of tarmac rally-spec AMS coilovers, is due to be swapped out for a set of Bilstein BTS he already purchased a while ago, while the brakes will be upgraded to calipers from a 981 Cayman; currently, Hirashima-san runs Project Mu Racing 999 pads as a stopgap, and while they’re fine when warm, he says they’re scary when cold on the street. There’s also the little matter of the front ride height, which is higher than the rear due to not wanting to damage the low-mounted dry sump pump. Once he’s got a bash plate made up, he’ll drop the front end. After that, maybe the aforementioned head upgrade, complete with race-spec Schrick cams and a new 8000rpm limit, and he’ll be done. Whether he’ll be delivering any tofu in it after that is another question entirely, though… 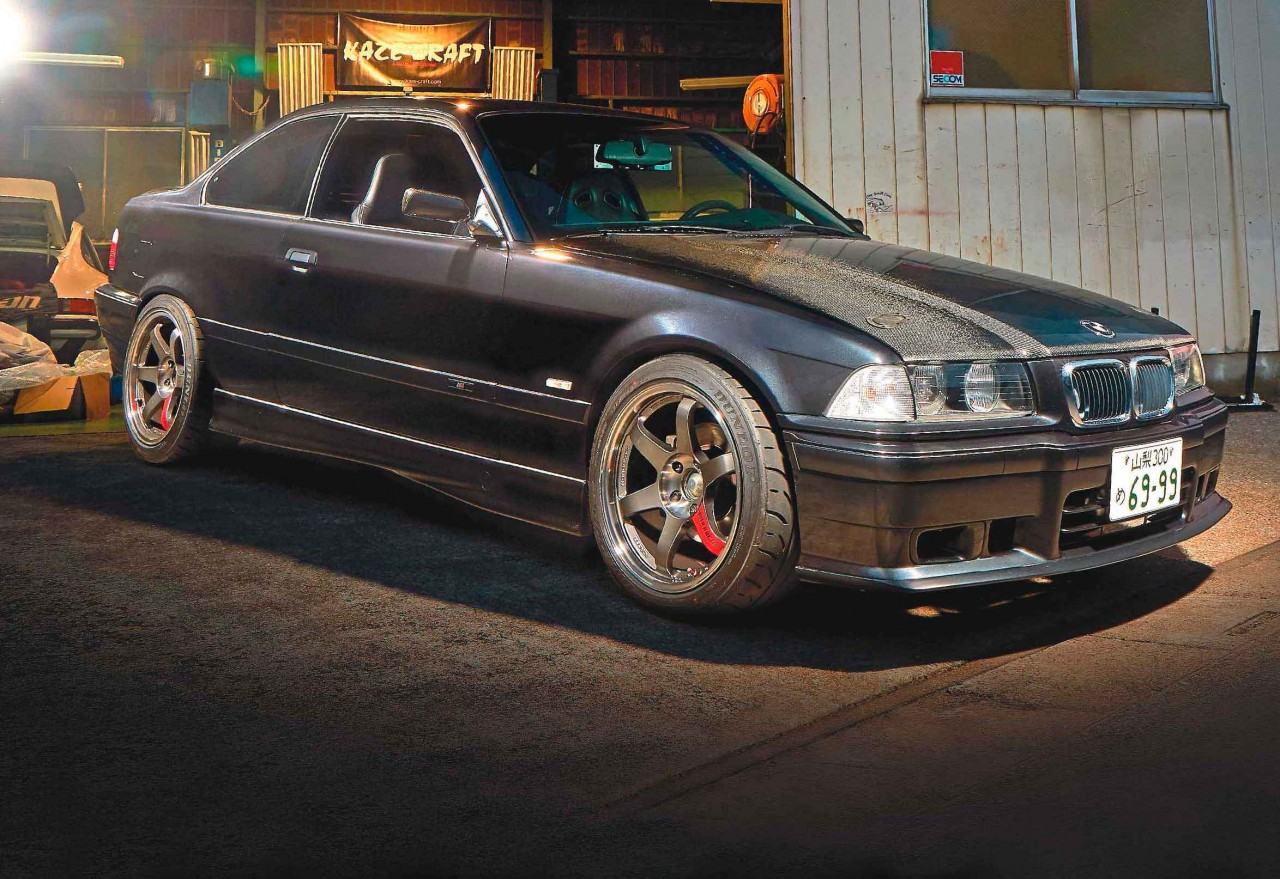 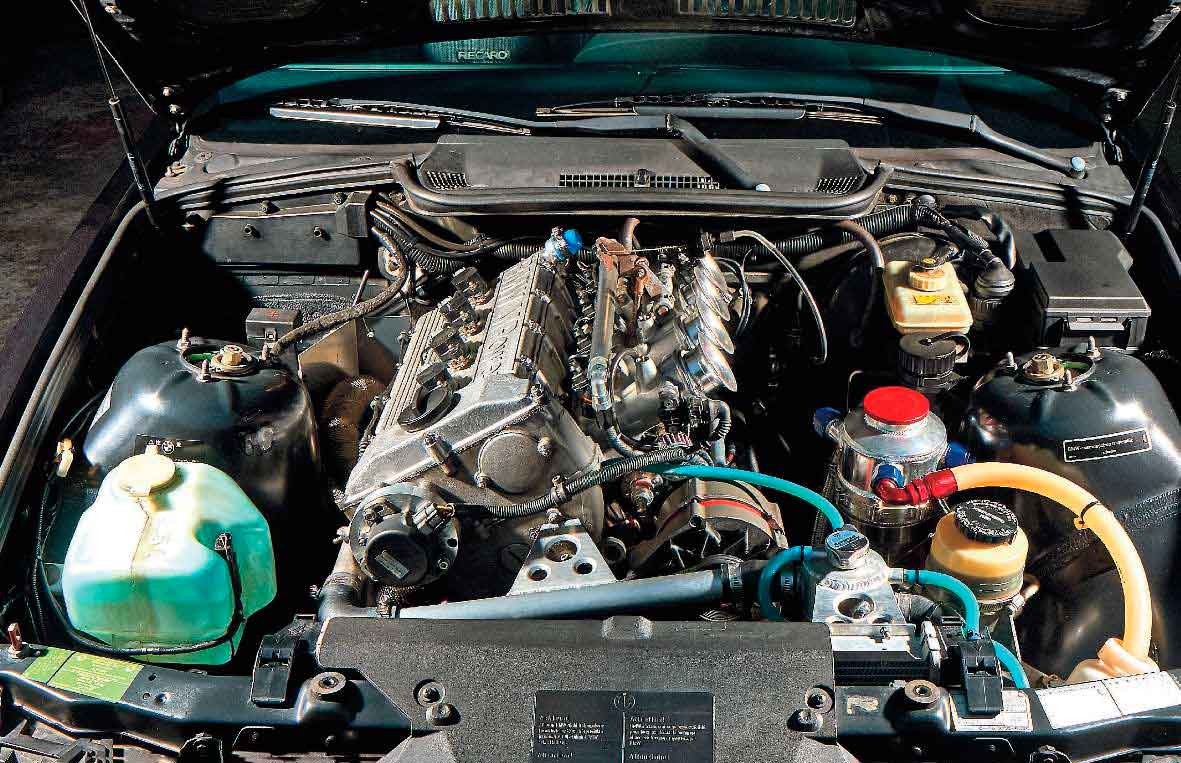 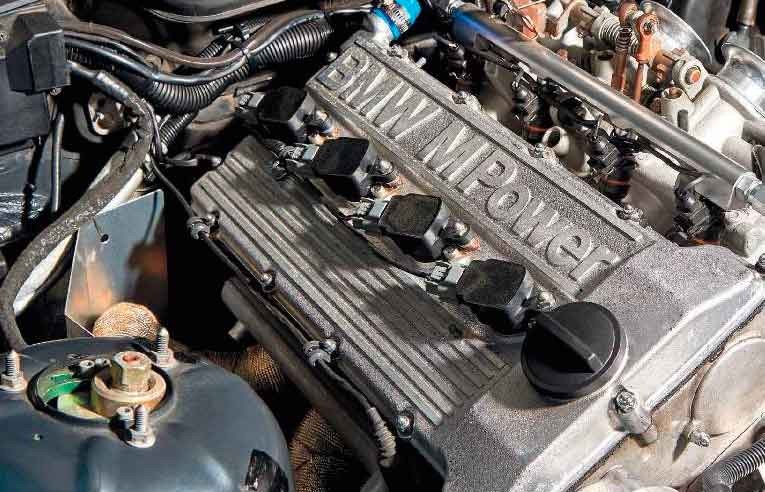 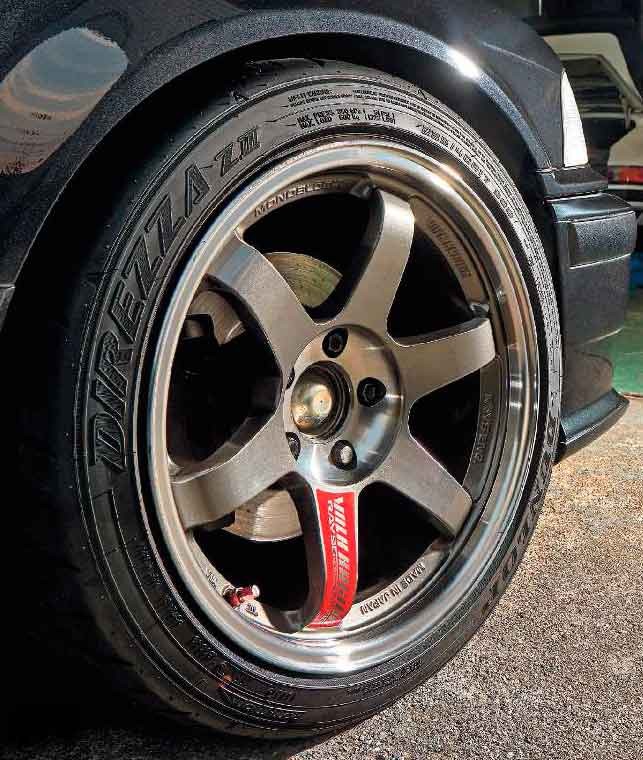 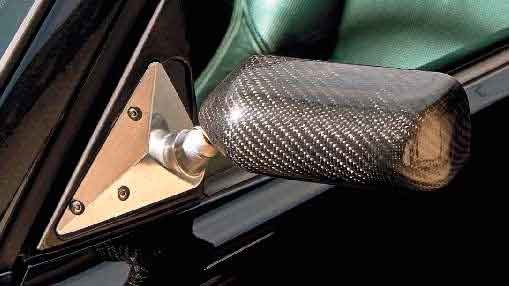 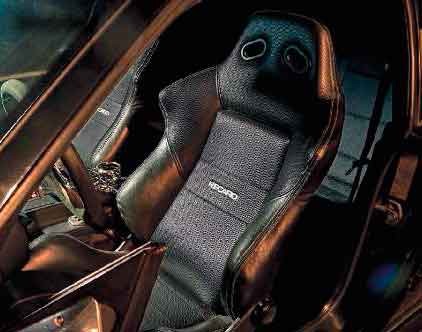 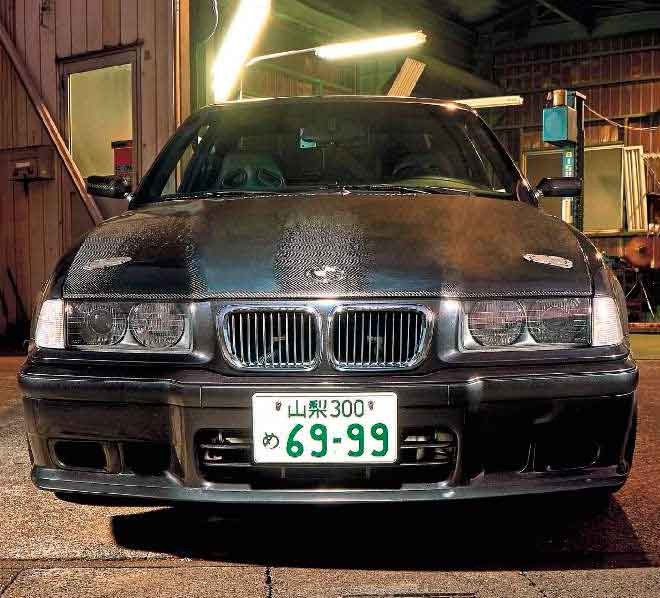 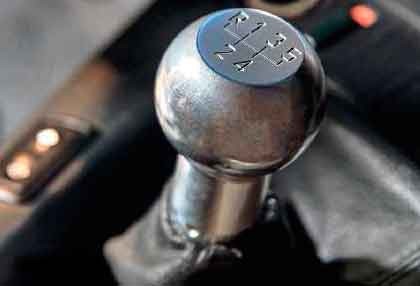 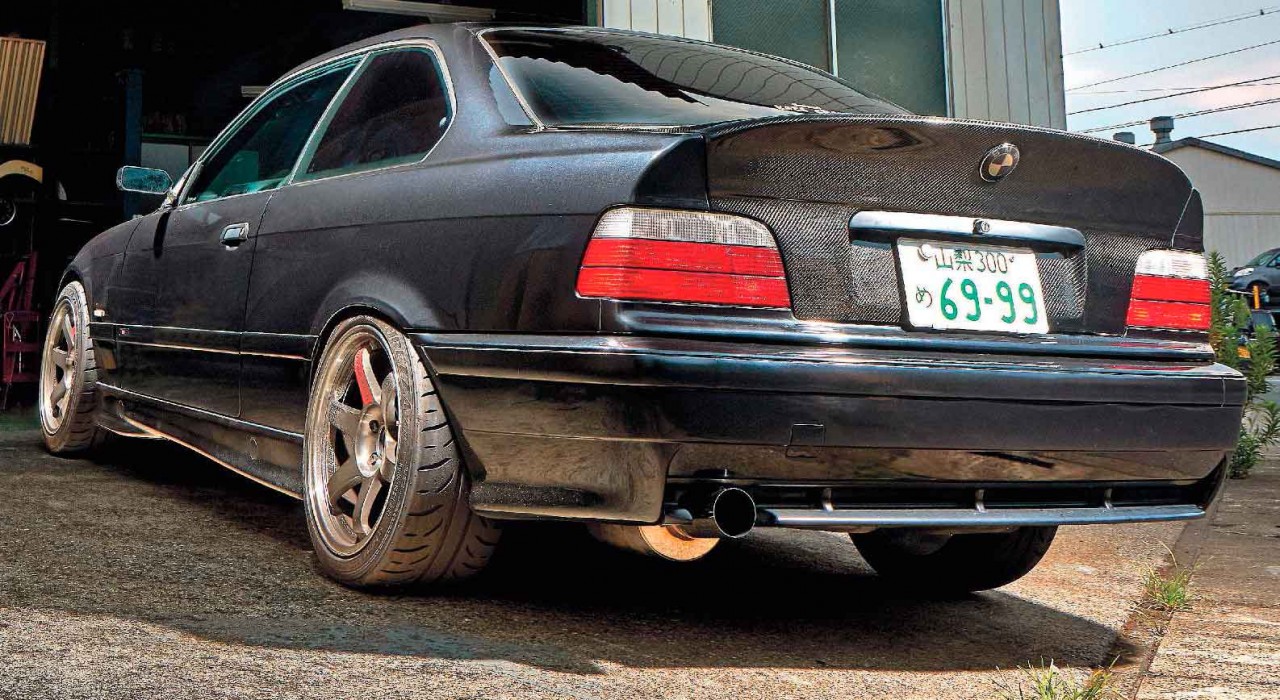 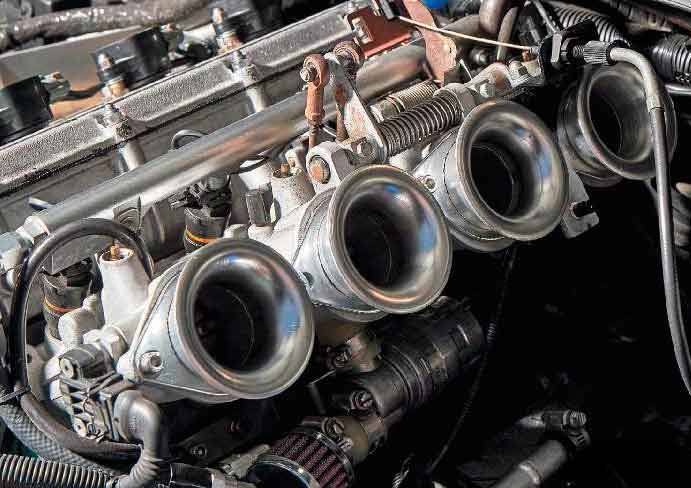 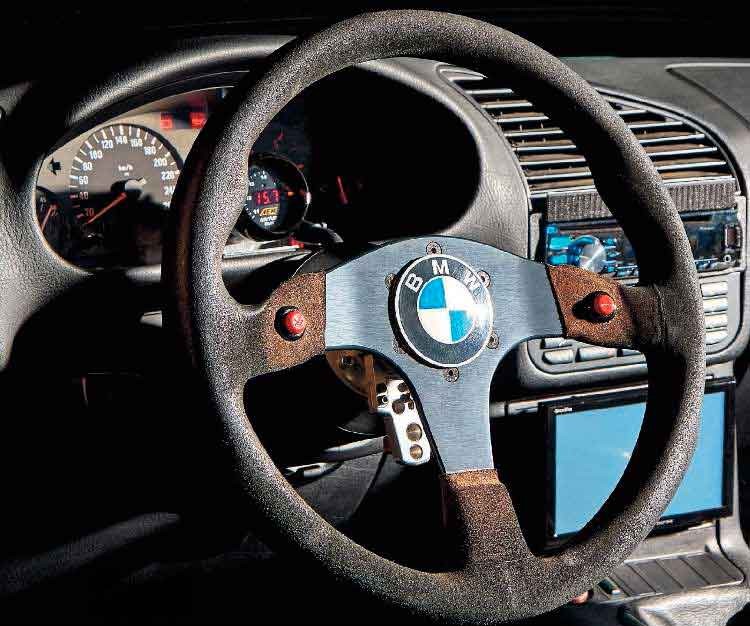