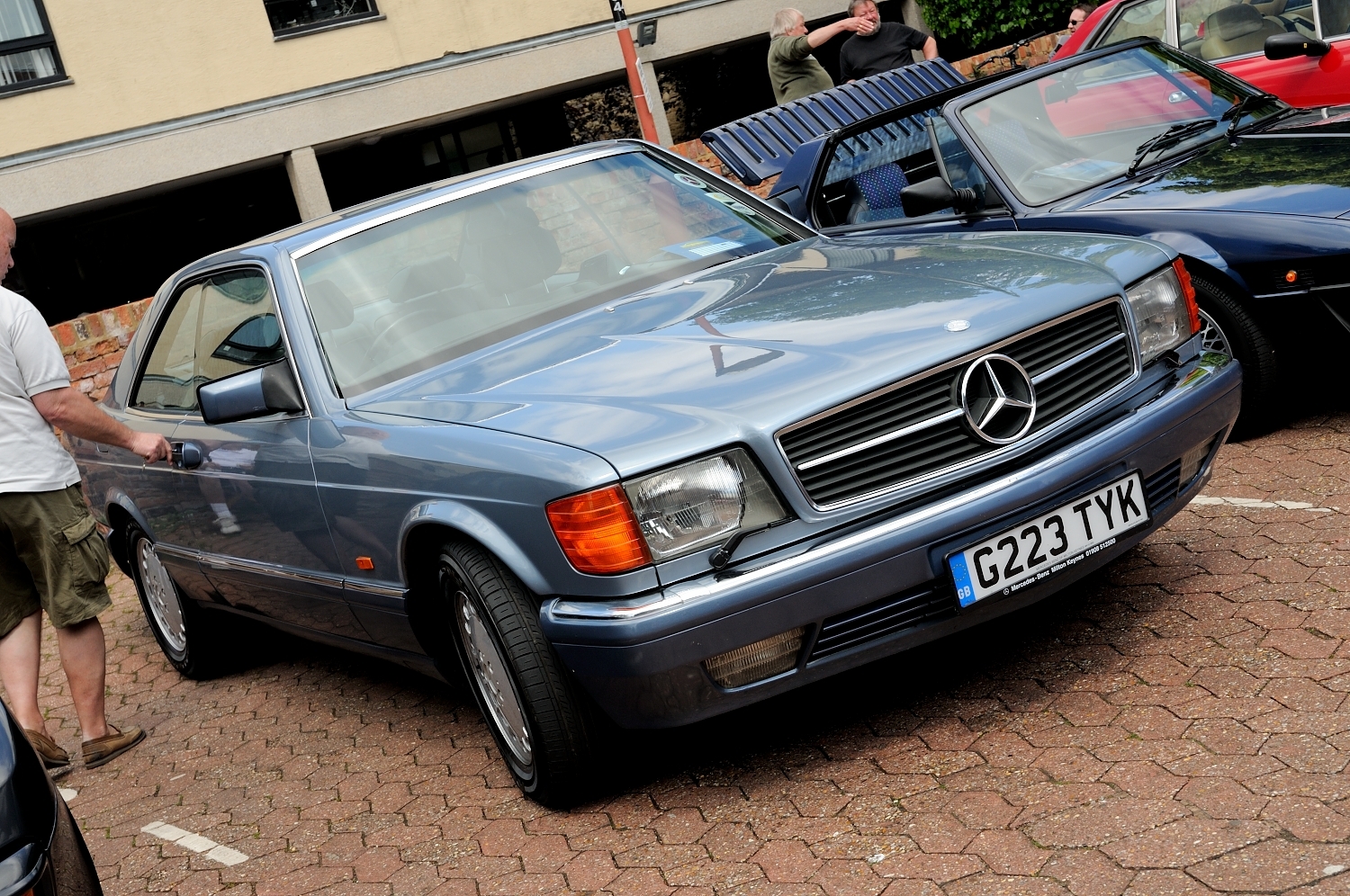 1987 Mercedes-Benz 500 SEC C126 £12,750. With a low mileage and a lifetime of TLC, this imposing coupe is in great condition, as Richard Gunn reports. In the early eighties the 500 SEC was the Mercedes-Benz to have. Before the 560 model of 1985 upped-the-game even further, the capacious V8 coupe version of the W126 S-Class served as the three- pointed star’s flagship. Even by today’s standards, this is still a well-equipped, competent and potent machine.

This Diamond Blue example boasts a mere 57,500 miles, much of that with one owner. That’s low mileage for a Mercedes such as this, built in the days when engineers were prized above accountants; there’s extensive history too. It feels barely run-in, and obvious care and attention means this 500 SEC С126 is still in laudable condition. The brightwork is excellent all around, with refurbished alloy wheels clad in a matching set of Goodyear tyres. There isn’t much to find fault with over the bodywork either, with all four wheelarches free from the corrosion that can blight these vehicles. So all that’s really left to nit-pick about is slight scuffing on the rear offside bumper quarter and some delamination of the rear window in its offside bottom corner. The personalised numberplate won’t be included.

Inside, you’re greeted by lots of high- quality wood, leather and carpeting, plus fully functioning powered steering wheel column, windows, passenger mirror, seats and sunroof. Even the seatbelts extend electrically. The air-conditioning and cruise control operate perfectly; only the clock doesn’t appear to work. A correct period Becker Mexico digital cassette player still does everything it promised in the Eighties. Time hasn’t taken much toll on the interior, with only light patina to the scats and almost inevitable superficial scuffing to the driver’s seat bolster. The dashboard top has escaped serious sun damage, save for a small split around the right-hand speaker grille. The roof lining is sagging in a few places by the side of the sunroof.

Given the comparatively low mileage, it’s not really a surprise to find that it still drives impeccably. From cold, it fires up with little hesitation and settles into a smooth idle.

The silent and well-balanced power steering takes any effort out of guiding this huge car around corners, even at low speeds. The brakes are effective and there’s a rewarding response from the lusty V8, especially when you go for kickdown or switch the auto into sport mode. The overall impression is of a car requiring no immediate attention.

Aside from the few signs of age in the cabin, this 500 SEC has few symptoms of ageing and is competitively priced for the sheer quality and luxury you’ll be getting. It obviously has plenty of life left in it, which means many long years of driving enjoyment and pride of ownership for whoever buys it next.

► 1979 saw a new breed of Mercedes-Benz S-Class appear, in the purposeful shape of the W126 range. The cars were initially available in saloon (SE)

and extended wheelbase (SEL) options, with a choice of straight-six and V8 petrol engines, plus a turbocharged diesel. The two-door coupe version (SEC) didn’t arrive until 1981, in the extremely powerful and competent form of the 240bhp 5.0-litre V8-powered 500 SEC. There was also a 380 SEC with a 204bhp 3839cc V8. Both had four-speed automatic gearboxes.

► The S-Class was reworked and relaunched in September 1985, although external changes were mainly limited to bumpers, side trims and alloy wheels. New 6cyl and V8 engines joined the line-up, including the 5.6-litre V8 of 272bhp or 300bhp, which found its best home in the 560 SEC. The 500 SEC remained, with an extra 5bhp. Smaller-engined version replaced by the 218bhp 420 SEC.