Mike Brewers SM rescue. Will his Citroën be ready for the NEC?

It has a reputation for being so complex, so why buy a Citroen SM? 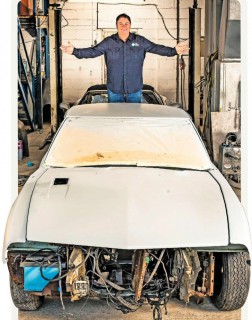 I just love the styling, it’s as simple as that really. I must have been about eight years old when I first saw one, and for a kid obsessed with Thunderbirds it looked incredibly futuristic sitting on a South London street I can tell you. My dad, who knows a thing or two about cars, loved it as well and the SM has been on my mind ever since. I did a photo shoot with one a few years ago and thought it was sublime, so that made my mind up. Classic Citroens don’t have the best reputation for reliability, so adding a Maserati engine doesn’t seem a great idea, but I decided to treat myself to one.

You wanted to approach this particular project as an ordinary classic car enthusiast, is that right?

Absolutely, and that’s exactly what I did. I’m really lucky having a job where I meet great car guys and specialists, but they all know me already, so getting a car restored would be easier.

Most classic car owners don’t  have that so I did exactly what they do, researching on the internet and using social media to get recommendations on who to go to. Paragon’s name came up, so I looked at their reviews and rang them as an ordinary customer. I found out they were fans of the SM and the owner has got one himself, so it wasn’t until I’d got quotes and agreed the work that I told them it was me. I just used the tools that are available to everyone to find the best person for the job. It’s not something I’ve done before so it was really enjoyable. 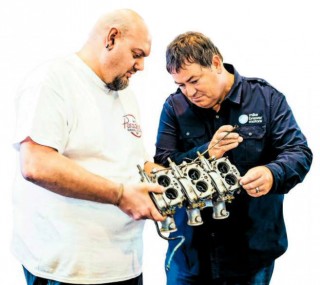 1972 CITROEN SM TV personality Mike has dreamed of owning an SM for years and recently acquired this particular car in Kent. He is clearly happy with his purchase and doesn’t look at all worried about the looming NEC deadline… Discussing the fuel system with Nathan Bovingdon.

So how exactly did you come by the car?

I get hundreds of emails every week from people asking me what car to buy, or offering me cars to buy, and one guy wanted a valuation on his SM.

As you can imagine that really got my interest, and with my Wheeler Dealers radar on full alert, I started doing some digging on the car. The history looked good, but the trouble was that the car was in Kent and I was filming in the US. I got a friend of mine, Mark Maloney, to go and see it and it all looked fine, so I grabbed it. It’s a 1972 model, in green with brown leather – I reckon it is a perfect combination and is actually really typical of the period. 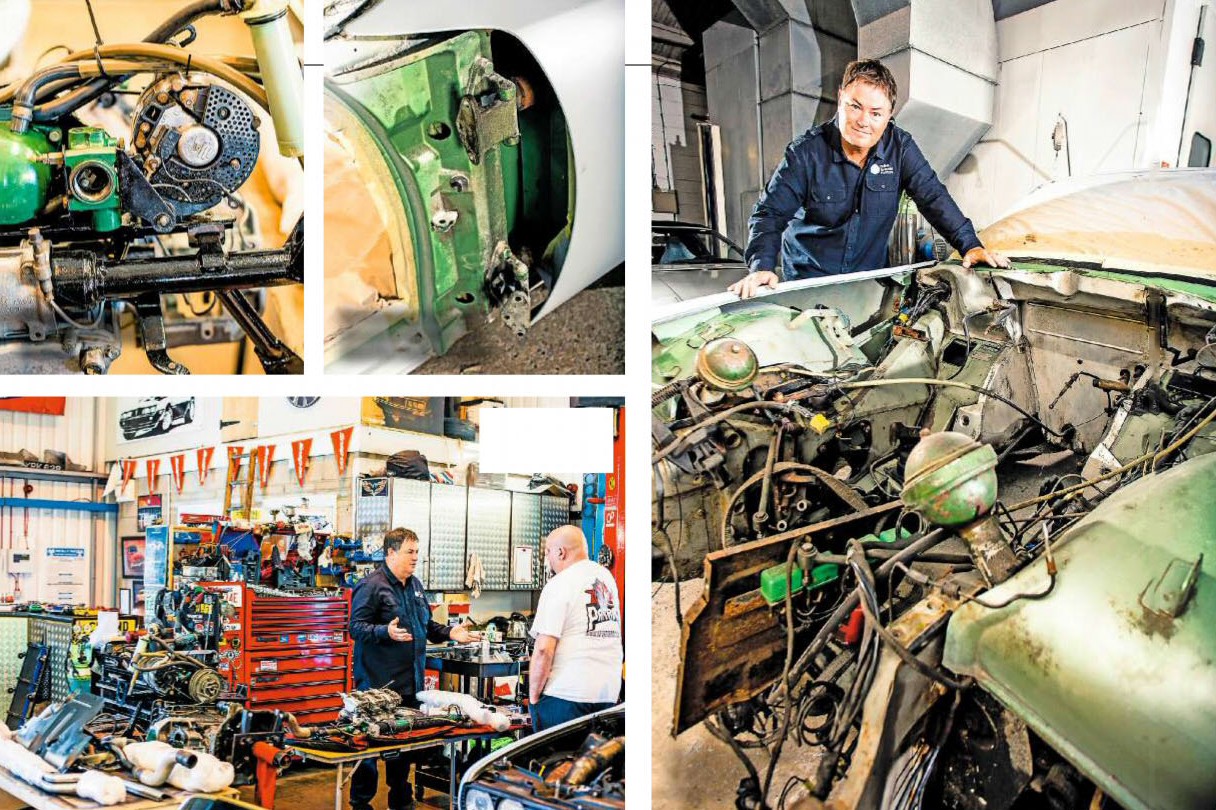 Wheeler Dealers cars always need work so what have you done to the SM?

The first thing to say is that this wasn’t going to be a nut and bolt restoration -1 didn’t want a show car, but one that you could happily take to a show, if that makes sense. The body and floor both turned out to be really solid, so there was just some minor cosmetic rust repairs to sort out and then it was prepared and repainted at Cosmetic Autocare in Northampton. Mechanically, the engine had broken one of the exhaust valves but once the cylinder heads were off there was no other damage, and the suspension just needed the spheres reconditioning. I didn’t want it to be over-restored, just a car I could be proud of, but not be afraid to drive regularly, which is exactly what I intend to do.

As always, careful preparation is the key with paintwork.

It’s a classic Citroen so there must have been some challenges?

Actually, no there hasn’t been.

Finding the right people to work on any classic is the important thing, and once I’d done that I was confident they could tackle anything that would need doing.

It shows that research really pays off so I’d always recommend that people do their homework first.

‘Are you sure you know where all these parts go?’

Fortunately, a sound structure avoided the need for major surgery. This hole will soon be filled with a characterful V6.

BELOW Clearly a discerning reader… don’t worry Mike, you’re in the next Issue!

Why decide to get it ready for the NEC?

The guys are working really hard, so yes, it will definitely be ready! It’s the biggest motoring event in the calendar for me, plus a big part of this project was about showcasing the skills of all the great specialists out there. When they join me on stage with the car I want them to be really proud of their work. For me, it was also about giving something back to the classic car community; there are so many unsung heroes out there that help us to enjoy our shared hobby, so if I can help to raise their profile that’s great. 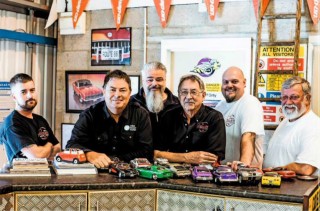 You clearly love the SM – it must be a keeper?

This car isn’t going anywhere! This was one of my childhood dream cars, so I won’t be letting it go. I only buy cars that I love, not for the image, so I’m looking forward to driving it as much as possible.

Tell us what’s happening with Wheeler Dealers. Are there still plenty more shows to come?

I can’t believe we’re on Series 13 now, and there’s still another eight shows from the US series to go out this year. There’s plenty more exciting cars on their way, plus a few more changes to the show, but I can’t tell you about those yet! The show is still growing and we always need to find something different, I’m really excited about what’s coming and I hope all our fans will be, too. 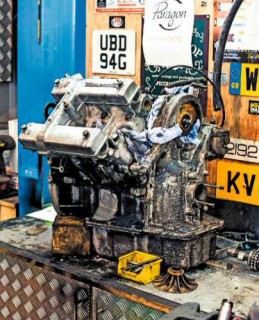 Was buying the SM anything to do with the French version of the show?

Very funny, but no. I’m just really proud that the show keeps growing, and if having versions for other countries is part of that then it’s great More are planned, but as long as they keep me on for the English ones, I’ll be happy!

Can you tell us how much the SM resto cost?

That’s a cheeky question! What I will tell you is that it’s been worth every penny to own such a great car, but if people want to ask me at the NEC, maybe I’ll tell them…

THANKS TO Paragon Auto for their help with this feature, paragonauto.co.uk

RIGHT Complicated V6 is in surprisingly good nick, but will be fully rebuilt.