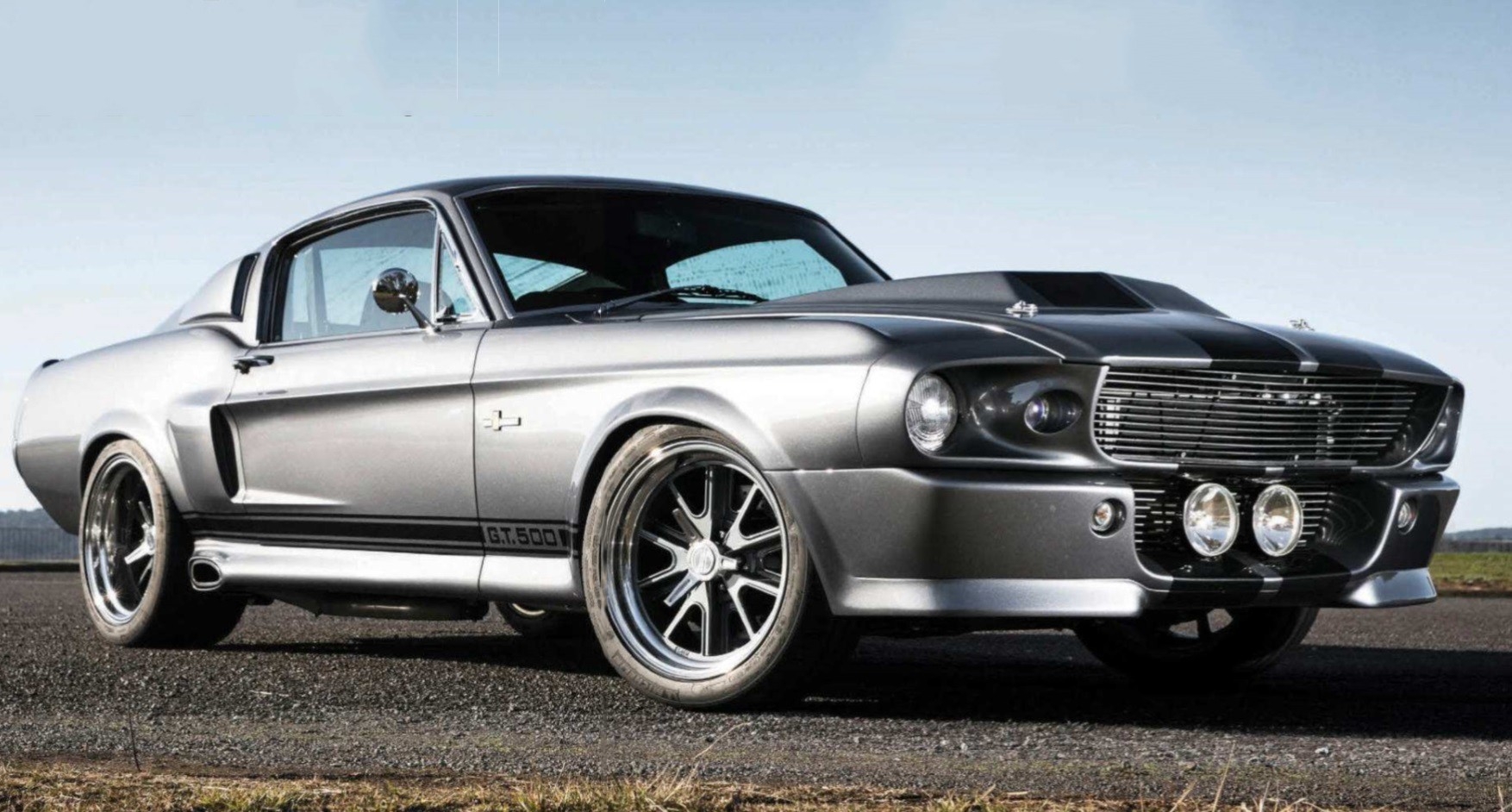 Immortalised on the big screen in the Nicholas Cage remake of Gone In 60 Seconds, the Eleanor Mustang captured hearts and imaginations around the world, and while I personally preferred the original flick from the 70s, it’s impossible to ignore the star power on display in the GT500-kitted 1967 fastback. 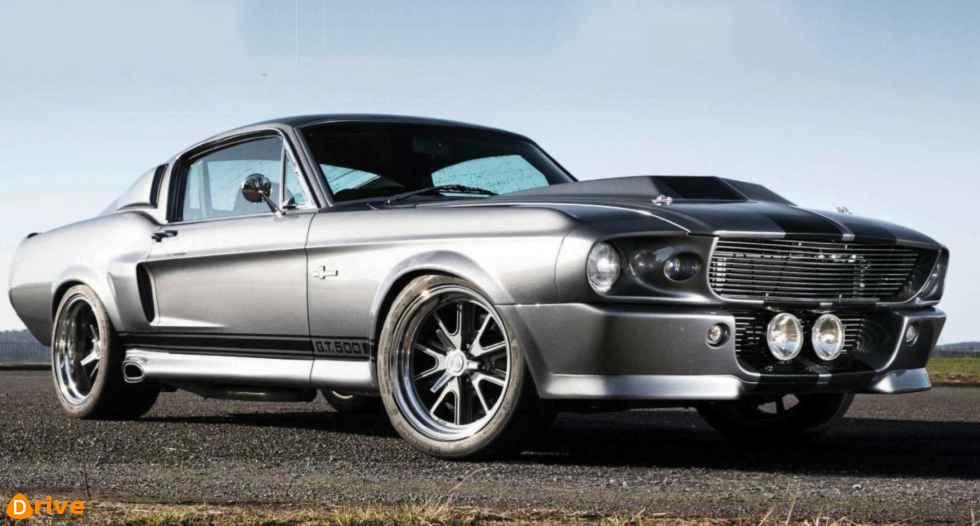 We’ve all seen countless replicas, usually low-effort fibreglass kit cars.But US Classic Muscle Cars in Melbourne were keen to show us their take on the iconic star car. Before I go on, let me preface the car with this: this is likely the greatest Eleanor in the world! While it may look like any other Eleanor replica you’ve seen, Richard and Dylan at US Classic Muscle Cars have created an absolute monster with plenty of engineering, research and development and a thought-out solution to every single detail underneath their creation.

They’ve created a one-stop shop, throughout the entire build process; they do absolutely everything in-house apart from upholstery. Customers simply select how they’d like their dream Mustang, with choices of colour, engine, gearbox and various driveline, suspension and interior choices available. But let’s start at the beginning.

Richard and Dylan personally fly to the US, to hunt, find and source genuine and original 1967 or 1968 Fastback bodies, in the best condition possible. Once back in the country, the body undergoes a full

“THESE GUYS ARE ABSOLUTELY FANATICAL. EVERYTHING IS DONE TO PERFECTION”

rotisserie tear down. The body is media blasted, treated and deoxidised. From there, the customer can choose whether they would like the car right-hand converted, or left in its native left-hook configuration. The firewall, dash and cowl are replaced in the conversion – after which a new one-piece floor is fitted, grafted to the rear suspension with a full length-chassis further braced and strengthened running through the floor. 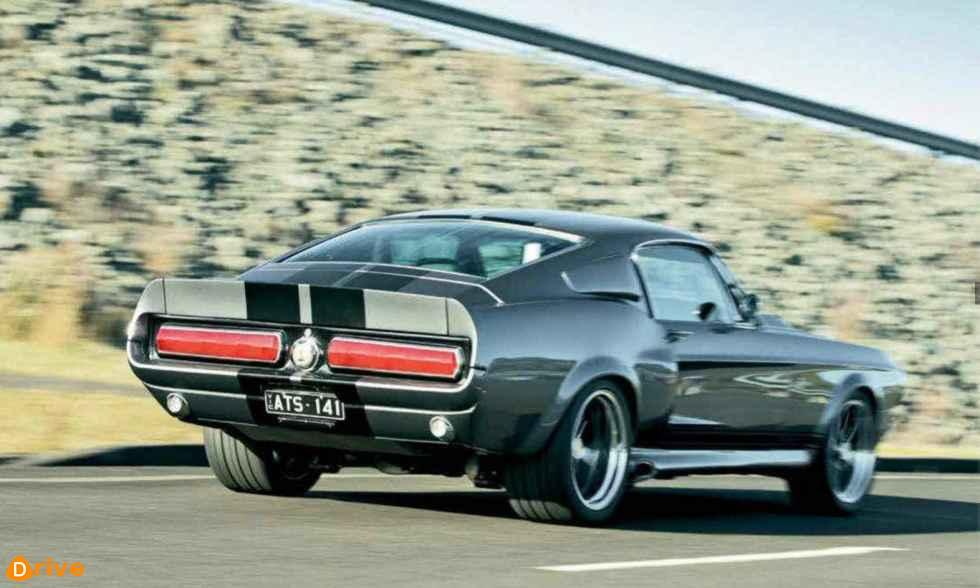 A steel Shelby taillight panel is fitted, with quarters replaced if degraded beyond repair. Richard and Dylan use original doors and fenders to achieve the best possible panel gap, and once all bodywork is completed, the front and rear suspension sub-frames are fitted, while the body and panels head to the paint shop, and the guys can begin mechanical and fabrication work.

Special mention must be made of the quality of the guys’ paint work too: these guys are absolute fanatical when it comes to attention to detail. Everything is done to perfection, paint work especially. They coat the body in a special epoxy primer and polyester for the perfect finish. The car is then blocked and coated in primer, with the underbody receiving a comprehensive coat of stone-resistant material. The body panels themselves are painted separately in order to properly achieve an even coat, even around and behind surfaces.

Like I said, these guys are perfectionists! Underneath the car is where most of the magic happens however. Looking at this thing on the hoist, I was astounded at the quality of the work. You could practically eat off it, the underside that is! Under the skin is also where customers have the opportunity to let their imagination run free. Engine options include two 5.0lt Coyote crate motors, with the base being a naturally aspirated quad-cam fuel injected unit, which the boys say is good for 370kW+, though we drove their supercharged version good for a ball-busting 499kW (670hp).

If you like your powerplants a little more old-school, Richard and Dylan also offer a 427 small-block option. You also have three gearboxes to choose from, a Tremec TKO 600 five-speed, a Tremec T56 six-speed or a Ford four-speed automatic. There’s also a plethora of further options you can select in regard to the driveline and suspension, though you do get rack-and-pinion steering, double wishbone front coilovers and a four-link rear included. 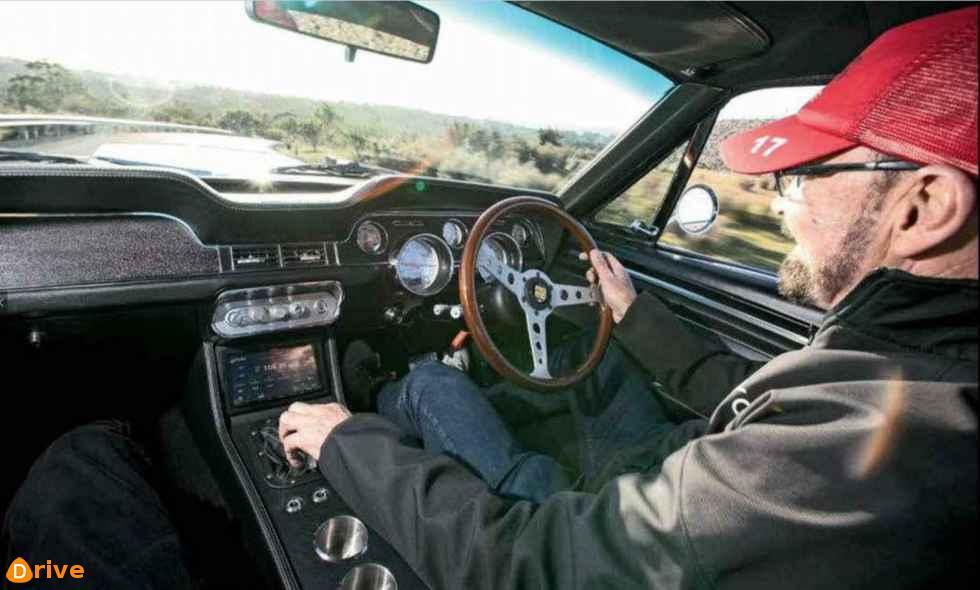 Chromoly tail shaft, Strange Engineering 31 spline diff, tubular rear suspension, six-piston Baer brakes, mini-tubbed rear to fit 315 section tyres, 18” Shelby wheels and suspension packages are all ways you can option your dream car. They can even hook up a nitrous system if you’d really like to live out your getaway driver dreams. On to the outside, the optional billet hinges are a work of art in themselves. The boys can further customise your car with LED sequential tail lights, custom fuel tank and ceramic-coated exhaust.

And the options only go on from there once you look at the inside. It’s staggering! As I said earlier, upholstery is the only thing Richard and Dylan don’t do themselves in-house. But you can choose to specify various custom options, including leather centre console, hand-stitched roof lining, moulded carpets and you can have much of the trim in either leather or suede. The guys have even painstakingly fully developed their own wiring loom and harness that allows for plenty of modern tech to match the cutting edge running gear.

Modern audio equipment, power windows, satnav, air conditioning; the car I drove even had a push-button electric parking brake! The amazing thing Dylan and Richard have achieved is how all the parts come together. Driving the thing, well… it still drives with a sense of familiarity to anyone acquainted with old ’Stangs, but you can feel the suspension working under you over corrugations and cambered roads. And the sound! The supercharged Coyote absolutely howls! It’s got more power than you could ask for, and responds like a hungry beast. 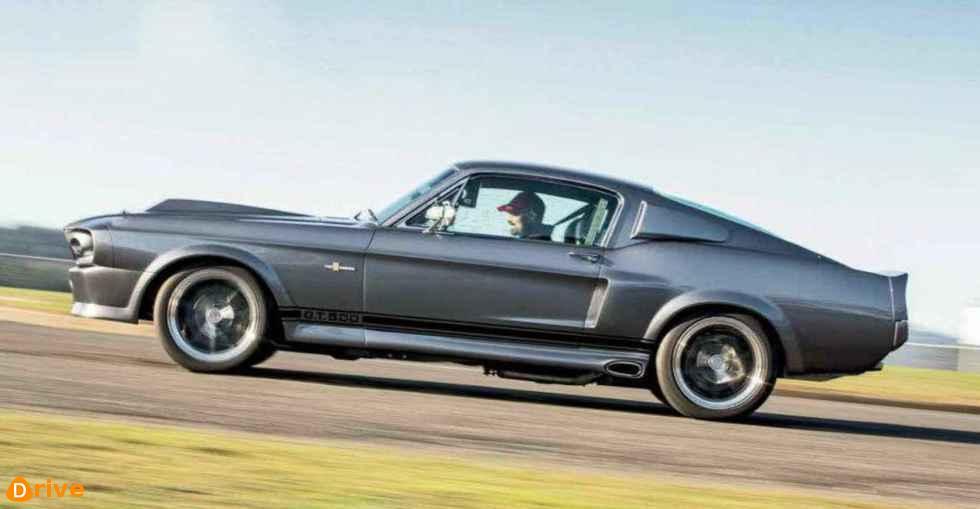 They’ve created a cohesive package that’s more than the sum of its parts. Anywhere you drive this thing, you’ll get looks. The car is a bona-fide movie star, and will make you feel like one too. It’s no slapped-together restomod, but is instead a ground-up fully developed vehicle with classic muscle feel, and new car sensibility. Classic Mustangs aren’t really my thing, but this is likely the greatest Eleanor in the world! If you’d like your own, get in touch with Richard and Dylan at US Classic Muscle Cars.

Though be prepared, the boys do have a waiting list and their incredible work and engineering doesn’t come cheap. Cars start at $220,000 without options, but bear in mind the car we drove was fully loaded, so the budget is tied to your imagination!.