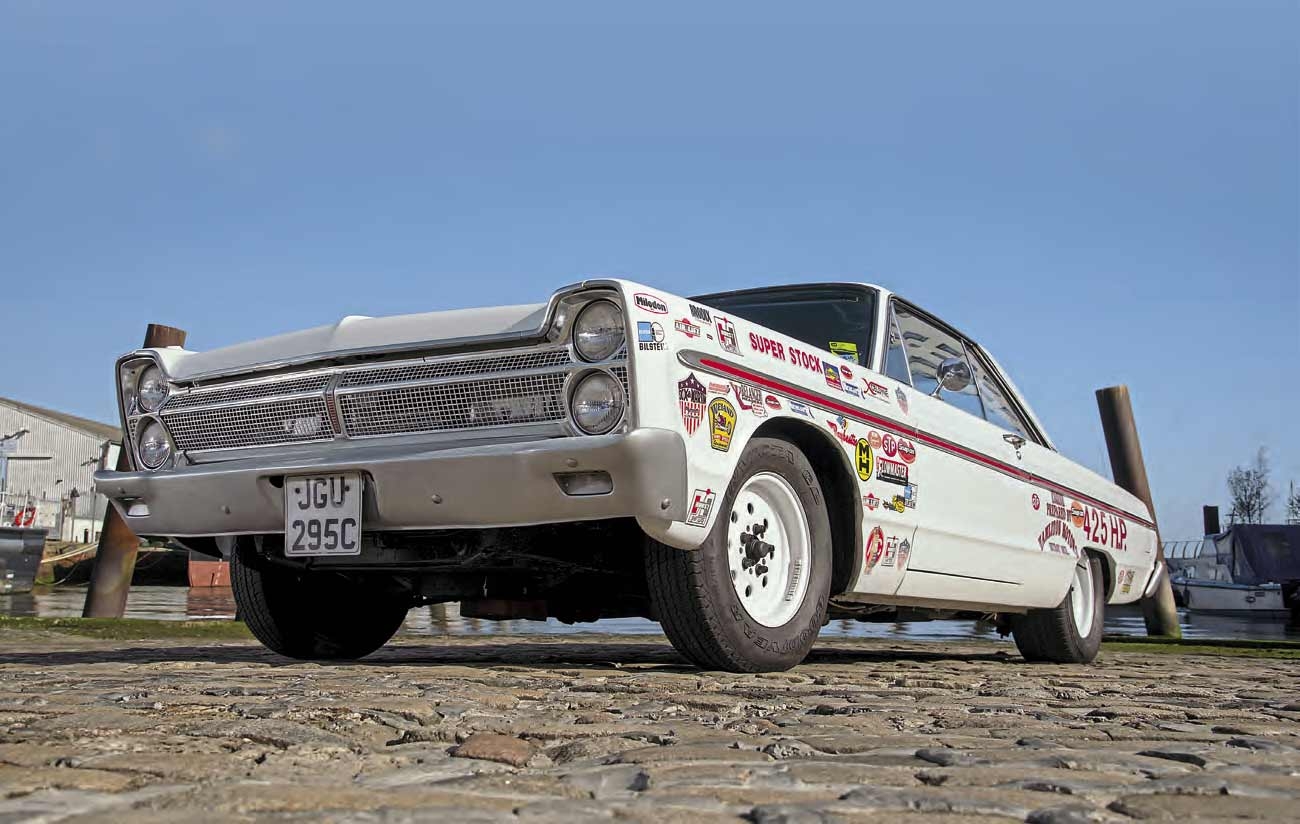 Three of a Kind

Plymouth badly needed its 1965 cars to be successful. Following the stunning 1957 to 1959 models that were so good-looking, it forced rivals General Motors into last-minute redesigns; the 1960 Plymouth’s styling rather losing its way. Things got worse in ‘1961 with the full-size cars having a bug-eyed monster look and so unnerving was it to buyers that Plymouth was outsold by Rambler. Build quality wasn’t always great either, although Plymouth’s rust-proofing had been vastly improved. So these cars weren’t bad – they just seemed badly out of step.

Then came the 1962s. They suffered from downsized proportions after Chrysler acted on the incorrect rumours that Ford’s forthcoming mid-sized Fairlane and Chevrolet’s Chevy II meant both rival companies were shrinking their entire car lines. The 1962 Fury styling was love it or hate it, and Plymouth slipped to eighth place in sales terms. But those smaller, lighter Chrysler cars, with their strong and powerful V8 engines, certainly appealed to racers.

By 1963 a new team of managers and designers were putting things right by making the 1965 Plymouth styling more mainstream and, for the first time in four years, full size. The target market for the new Fury was the same as luxury rivals like Chevy’s Impala and Ford’s Galaxie, and the Plymouth seemed a subtle blend of the styling of both those cars while sharing virtually identical dimensions. The 1965 Plymouths were well-received. In fact, Sport Furys sold in record numbers – the convertible’s sales doubled from 1964, the hardtop sold 160% better and Plymouth produced over 720,000 cars for the first time ever.

James Dixey is definitely an admirer of the 1965 Fury and he owns the one you see here. “I bought it last September from Martin, a family friend,” says James. “He’d only done 400 miles in the eight years he’d owned it. My dad, Andy, was going to buy the Fury, but he changed his mind. He’s owned a 1964 Impala for over 20 years − it was featured in Classic American in April 1999 − so I got into cars through him. He also has a 350cu in ’1973 Chevelle that’s his daily driver. He says it’s a waste to have them parked and not being driven. He would lend me the Chevelle and that got me wanting my own American car.

“I bought a ’1978 Skylark with a 455cu in motor from a boat-tail Riveria – that performed very well. I sold it when I had a baby on the way and bought a Mk3 Capri 2.0 Laser, which I restored with a friend. Dad and I were looking at a 1966 Fairlane and a ’1964 Biscayne, but I just decided the Fury looked better than the others. Although I’m more into the later cars, especially the 1969 and ’1970 Fury, once Martin opened the garage door and I heard that ’1965 fire up, the decision was made.

“The Fury’s bodywork was covered in overspray,” remembers James, “so I’ve wet-flatted it down and polished it – which took four days. I didn’t want a show car shine − this is a daily driver − but I did want it looking smart. It turned out to have had very good paint once I’d tidied it up. I also tuned the engine and fitted electronic ignition – it really flies now.”

Leave in a Fury

This Plymouth is one of 43,251 Fury III two-door, hardtop, six-passenger coupes sold for 1965. It’s all steel, including the bumpers that are only painted to look like aluminium. There’s no complete history, but we do know it was built at Hamtramck, Michigan, and arrived at Turman-Yeatts Motor Company Inc in Floyd, Virginia, on March 18, 1965, and delivered to its first owner the following day. The base price was $2656 but, other than seatbelts and the optional four-speed gearbox with a desirable Hurst linkage, virtually the only options specified appear to be the 383cu in Commando V8, which added $153 to the cost – a bargain compared to $1800 for the 426cu in race Hemi – and $39 of Sure Grip Positive Traction rear axle. There’s not even a radio, so it seems like the original owner wanted a quick car on a small budget.

At some point after the Plymouth returned to the original dealership. On November 13 it was bought by a second owner, Willard Ratliff, having covered an impressive 9985 miles within those first eight months. By July of 1966, it had more than 15,000 miles on it, and that’s virtually all we know.

Introduced in September 25, 1964, there were four separate lines of Plymouth Fury, all of them boasting new curved side glass. Each of those lines was based on the entry level Fury I that came with a heater/defroster, front seatbelts and blackwall tyres. Next was the Fury II, which had foam seats and carpets. Fury III added a courtesy light package, electric clock and reversing lights. As in previous years, the top model was still badged the Sport Fury. It had the previous luxury items, plus bucket seats and console as standard (bucket seats were only fitted to 16% of ’1965 Furys), sports wheel covers, deluxe steering wheel and fender skirts.

All four models came on a 119in wheelbase (wagons were 121in) and had styling unique to the Fury, with stylish stacked headlights and V-shaped rear wings. The more you spent, the more shine you got – the Fury III also boasting full-length side trim with a coloured centre and twin tail-lights.

Engines included the indestructible 145bhp, 225cu in Slant Six base engine or 230hp 318cu in V8 as standard, depending on the model. Next up was the two-barrel Commando 383cu in V8 rated at 270hp, a four-barrel Commando 383 with 330bhp or the fire-breathing 426 rated at 365hp. A three-speed column-mounted manual transmission came standard with either a four-speed manual or three-speed TorqueFlite automatic as an option.

Most Fury buyers opted for the Torqueflite – to the disappointment of many owners, this year it was no longer controlled by dashboard-mounted push buttons.

“Martin had built it as a Buddy Baker tribute car and done some bodywork to it but, so far as I know, nothing mechanical,” remembers James. Buddy Baker was the first NASCAR driver to crack the 200mph barrier, hitting 200.096mph in a 700bhp Charger Daytona during a test at Talladega in 1970. He won a total of 19 races in NASCAR’s top division over his 33-year career – which naturally included time behind the wheel of Plymouths.

“When I first saw a photo of the car with all the race decals added I loved it, but it really divides opinion,” continues James. “The decals are lacquered over now so they won’t come off. The bonnet scoops may be a period modification since the 383 tends to run hot, and they really help it cool. It’s got an Edelbrock 750 double pumper that’s been re-jetted − it was previously running twin 450s and over-fuelling. I need to say thanks to my good mate Wayne Heathfield at Wizard Customs (01795 227079) in Sheerness, who helps when I need to work on it.

Are there any downsides? “Power steering would be nice and the brakes are non-assisted drums all round, so you plan ahead when you need to stop, and the neighbours aren’t so keen when I arrive home late at night since it’s a bit noisy. It’s lively in the wet too. Actually, ‘arsehappy’ is a better description, even with the limited slip diff.

But overall, it’s a comfortable car and really nice to drive – a cruiser that does get up and go. If you really get moving, you do lose a bit of time shifting so I keep the revs above 1700rpm and shift up above 2000. You don’t even need fourth gear until you get over 60mph. Apparently, it was garaged all its life, but it sits outside in the street now I own it and I’m a bit apprehensive about leaving it out in bad weather.

Next, I fancy a 1968 El Camino and recently I’m really wanting a ’1955 Chevy. As a rule, I don’t get sentimental over selling vehicles, but I think I’ll have this Fury for a while.”

“I THINK I’LL HAVE THIS FURY FOR A WHILE…”

“THE BRAKES ARE NON-ASSISTED DRUMS ALL ROUND, SO YOU NEED TO PLAN AHEAD WHEN YOU NEED TO STOP”

“I TUNED THE ENGINE AND FITTED ELECTRONIC IGNITION – IT REALLY FLIES NOW!”

Plymouth’s cantilevered C-pillars were a unique Sixties styling feature. Stacked headlights were quite ‘the thing’ in the Sixties. Owner James Dixey. How could you resist period Plymouth marketing? The Plymouth lives on the street. The 383cu in Commando V8 motor.

Re-jetted Edelbrock 750 double pumper carb. Column-mounted rev-counter. Auxiliary gauges. James describes the Fury as comfortable, although power-brakes would be nice. The bumpers are painted to look aluminium. Decals have been lacquered.