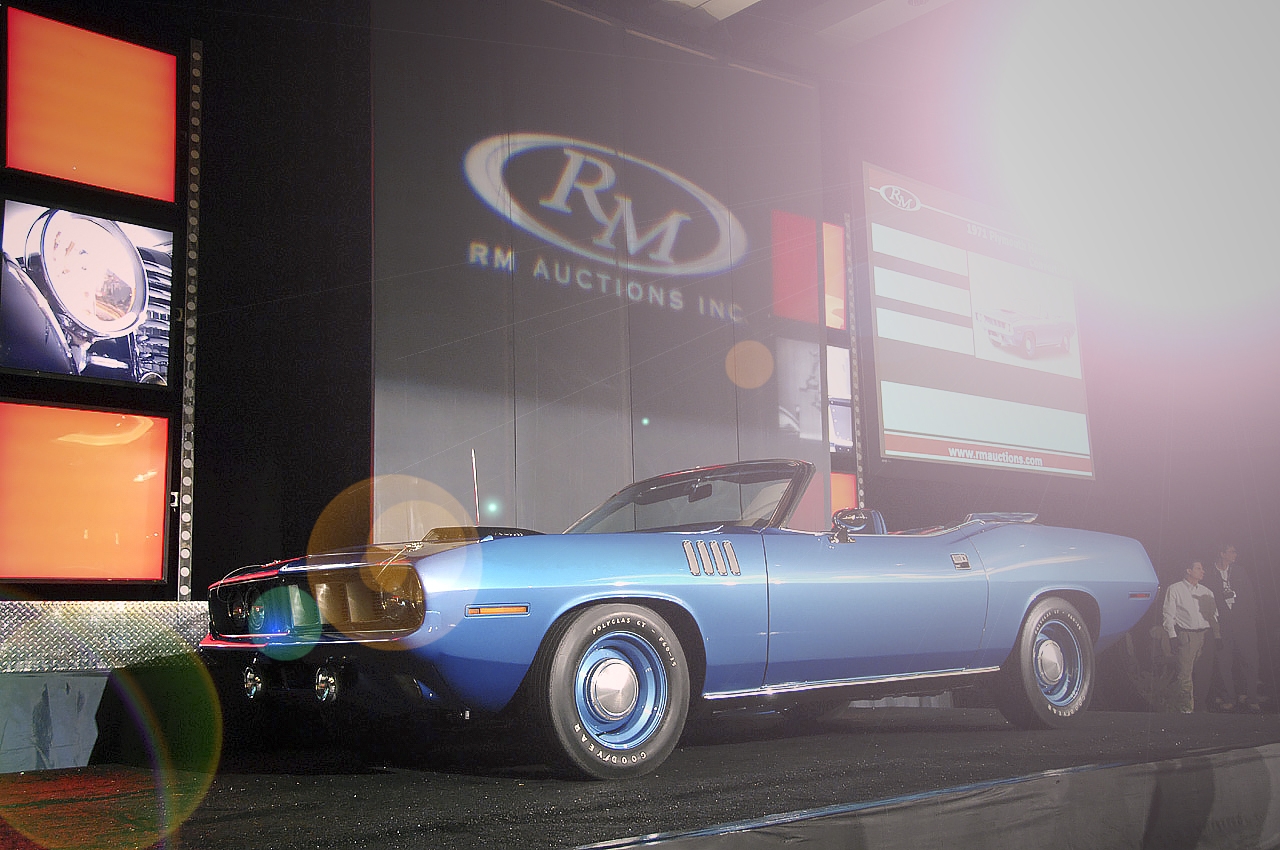 Across the pond. What’s it worth? With a lot of emphasis placed on the ‘value’ of classic cars in America these days, Evans asks what the concept really means… It’s a topic that frequently comes up when you talk about old American iron, or any classic car for that matter. In North America at least, where the old ‘Duesie in a Barn’ scenario is the stuff of classic car legend, there’s often an insatiable curiosity to find out exactly what a certain set of wheels is really worth.

Over the last couple of decades we’ve been witnessing a huge mushrooming in so-called ‘collector car’ auctions stateside, the most well known being the infamous Scottsdale auctions in January each year headlined by firms such as Barrett-Jackson and Russo and Steele.

For a while, it seemed that if you owned a real classic muscle car, especially things like Hemi powered Mopars and big-block Chevrolets, there was a good chance that by bringing it to one of these high profile auctions you could end up with a nice little nest egg, as the excitement of the moment whipped bidders into a frenzy.

There were stories of some cars, such as Hemi ‘Cuda convertibles trading hands for $1 million or more, a far cry from the days of the late-Seventies, where many owners and dealers struggled to even give them away.

Since the recession of 2008-09 however, there’s been somewhat of a correction in the market and indeed, it is highly possible that we might not see a return to those heady days of 2005-07. That said, at some auctions, blue chip classics, particularly things like Ferraris still tend to fetch mega sums, but then again, something like a Ferrari 250 GTO with racing pedigree nearly always has and probably always will.

Getting back to American iron however, you might be forgiven for thinking that the astronomically high prices we witnessed in recent years would price all but the richest out of the collector car hobby. In reality, nothing could be further from the truth. Browse through any publication that covers the hobby (including this one) and you’ll see there’s a whole range of asking prices in the classifieds – whether private sales, dealers or auctions and for all different kinds of cars and trucks.

Many of us are attracted to certain vehicles simply because we like them. Perhaps it was the first time we saw one; a relative or family friend that owned one, or just wanting to have a set of wheels that was different from everybody else’s. If you go to any car show or cruise night over here, it can honestly surprise you what turns up and where, even if you’ve been into the hobby for a long time. And when you talk to people who own these vehicles, it can be amazing how passionate they can be about them, even if at face value, the vehicle in question might seem a bit alternative to some.

At one local show, in which I was a judge a few years ago, the best award actually went to two cars, a 1971 Dodge Charger R/T 440 Six Pack and a 1985 Chevrolet Caprice Classic sedan. Both cars were at opposite ends of the spectrum in terms of perceived ‘desirability’ though I have to confess, the owner of the Caprice had lavished so much love and attention on the car, it was hard not to fall in love with the thing nor admire his devotion to the big Chevy, which was why it was named a joint first winner alongside the muscular Dodge.

Which brings up an interesting point. There’s one thing that’s always captivated me about classic cars – the sheer variety of interest in them. Whatever might take your fancy, it’s very likely there’s an enthusiast network that’s just as mad about the same kind of cars you are and it can often be a way to not only take your ownership enjoyment to the next level but also foster life long friendships. I know it has in my case.

It’s often been said that value and worth are very much a subjective thing when it comes to objects we own or desire. Sure, a 1977 Lincoln Mark V or 1988 Chevrolet Camaro IROC-Z may not ever be worth the same as 1969 Hemi Road Runner but both have their own distinctive charm. Plus unlike many so-called investment grade collector cars, you can take solace in the fact that you can drive such machines to the shops and back without worrying about the odd stone chip or mud splatter, yet still manage to grin from ear to ear while doing so.

I may get a bit of flack on this but I think the ultimate way to gauge what a car is really worth is the amount of satisfaction and enjoyment you get from owning it, not the financial value the market may place on it. Wouldn’t you agree?