The vertical skyline that is New York, New York, sets the backdrop for a swift 48-hour American adventure in Jaguar’s exciting, evocative and first electric car, the I-Pace.

48 NEW YORK - MAIN With nearly 200-miles of electric range, the Jaguar I-Pace is ideal for travelling, as we found out on a tour of the Big Apple.

FEATURE: 48 HOURS IN NEW YORK WITH AN I-PACE

Jonathan Musk heads to New York on a 48-hour American adventure with the Jaguar I-Pace electric car as company.

Why New York? Our backdrop for the weekend was the finale of Formula E’s fourth season, which ends in the city with a double bill of electrified racing. Positioned alongside the harbor, where cruise ship tourists come ashore with stiff necks and bewilderment at New York’s unending skyline, this Formula E race would be the last of the first generation, which literally put electric racing on the map with a global championship hard-fought by top-notch racers. The now retired car has been a springboard for manufacturers to tell the world about their electrification plans, not least of which is Jaguar – not a brand that usually springs to mind when thinking of pioneering electric.

Today, Jaguar represents one of a number of ‘smaller’ manufacturers that due to their size are able to flexibly adapt to new technologies without the burdens encountered by the likes of Ford, for example, which once owned the British marque. Jaguar’s electrification plans are amongst those leading the world, with every model to be electrified in just a few years’ time, by 2020. What does that mean, exactly? All new models that Jaguar produces from then on will be offered with an electrified version.

Despite NYC’s suicidal yellow cabs, aggressive Eldorado SUVs and oblivious sky-gazing pedestrians’ best attempts to cause accident or incite road rage at every turn, driving I-Pace prototypes through the city was gratifying.

This was largely thanks to the I-Pace itself. It’s a sensationally calm place to be inside, no matter what the traffic around you is doing. A zombie apocalypse could be going on, but the I-Pace would somehow get you through it. Unlike combustion powered machines, the I-Pace exhibits no constant vibrations, aiding the tranquillity.

And New York was hot. Daytime temperatures were up to 36ºC in the shade, so the Jaguar’s air-con would be put to the test, especially with its cosmic-sized glass roof.

The plan was to drive from our hotel in Brooklyn, head across the eponymous Brooklyn Bridge to Manhatten, drive through the city and north, across the Hudson river and into New Jersey into a national park. From there, we’d explore the I-Pace’s capabilities and then return via the Big Apple to Brooklyn. Should be a walk in Central Park then.

Home to many an Irish settler, our journey begins in Brooklyn. We stayed at the shiny new One Hotel, Brooklyn Bridge, which offers an infinity pool-framed view of Manhatten across the East River. After waving farewell to our Jaguar hosts, twenty minutes later we could still wave at them: Traffic was bad (worryingly normal for NYC, though). Eventually, we crossed the bridge, evoking nostalgic images of many-a-blockbuster.

Now into Manhatten (and worse traffic, if that were possible), the I-Pace despatched wasp-like yellow cabs with its massive acceleration. We passed by the evocative site of the 9/11 tragedy, where there once stood two of the tallest buildings in the world, today replaced by touching memorial fountains that never end. Fresh-cut white roses lay motionless along the surrounding plinths, indicating the birthday of one of the victims. It’s sobering, but well worth visiting.

As our journey progressed so slowly, it allowed time to think about the car. Here was Jaguar’s first electric car, yet it felt like the company had been making them for years. Jaguar’s engineers have had to up their game and eradicate noises they didn’t even know cars made, but found that they did with electric power. It’s a stunning place to find yourself, and surrounded by glass on the hot day it was particularly pleasing to have wafts of cool air-con without the rumble of internal combustion under bonnet. But don’t get Jaguar to install a greenhouse in your garden, as they’ve somehow managed to prevent the I-Pace’s copious glass roof from transmitting heat into the cabin, despite it laying just a few inches from furrowed brows. 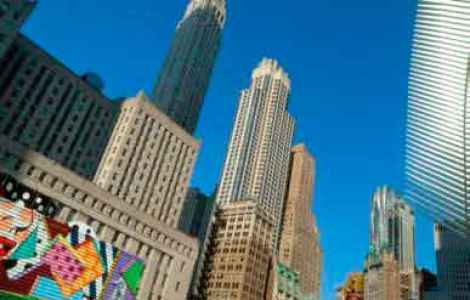 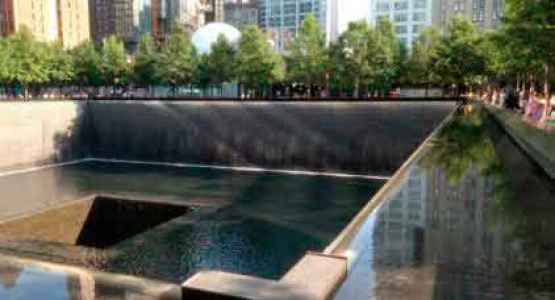 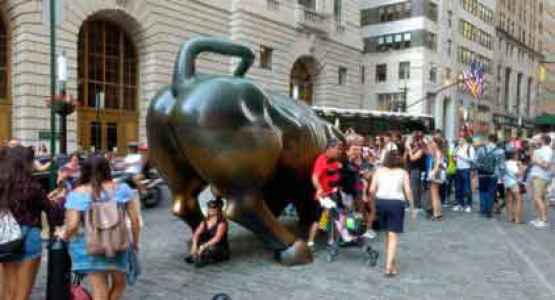 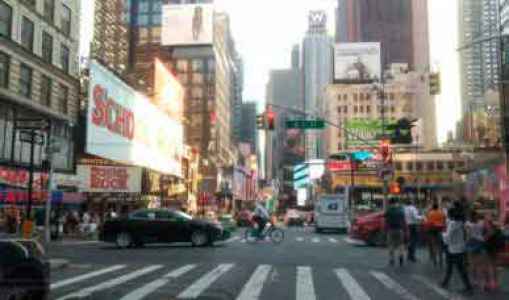 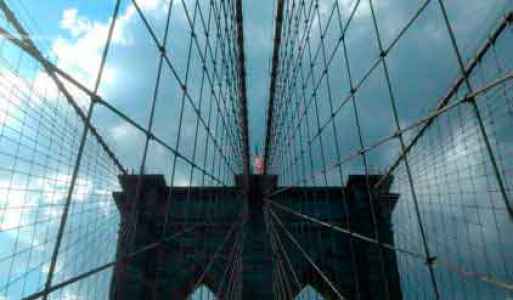 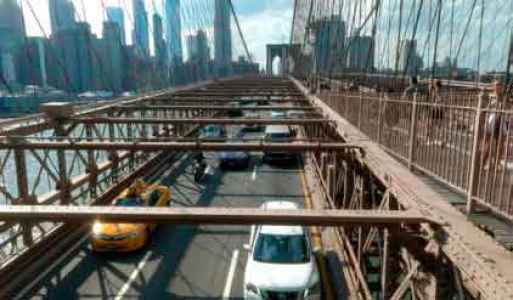 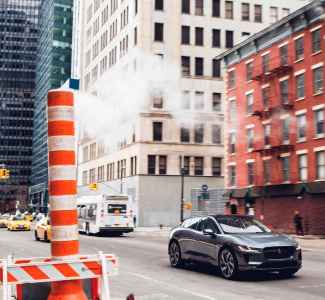 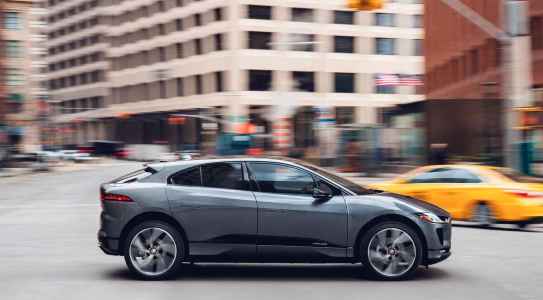 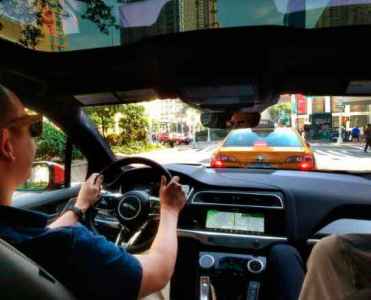 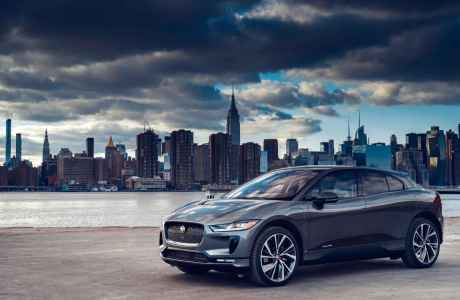 Using the West Highway, we eventually skirted around the edge of Manhatten, crossing into New Jersey via the George Washington Bridge.

I hadn’t realised how big the Hudson river is. It’s cliff-sided gorge gives the skyscrapers of the city a run for their money, and offer serene views over the valley and mist-obscured obelisks beyond. Peregrine falcons dance in the sky above, while leaf blower-armed gardeners admire the I-Pace at a parking lot. “What is it? Some sort of prototype?”, they asked. Naturally, it would have been rude not to give them the full tour, and thunder away from the road side covering them with silent dirt.

Moving into a more tranquil America, it’s hard to believe that just an hour from the madness of New York City are small towns like that of Nyack, nestling peacfully along an area known as the Pallisades. With its pastel colored wooden-clad buildings, communal library and town hall, it could be halfway across America. Picturesque and boutique, the Art Café of Nyack was an excellent place to stop. Try the cheesecake muffin, which is a surprisingly light and white crumbly cheese bake combined with melt-in-mouth black chocolate cake base. Apparently it’s a bit of a specialty that they only make a handful of each day, and although you sense the immediate narrowing of arteries, it’s worth it. Add to that a trendy match a latte, and the fashion bearded crowd would find themselves in seventh heaven – as would normal people.

Moving north of the Pallisades, the Americans, clearly suspicious of anything with a bend, impose 25mph speed limits on even the slightest angled tarmac. This fear is exacerbated through the Bear Mountain State Park. While that might have proved a touch irritating in any other road rocket, the I-Pace was happy to travel at any speed – it doesn’t really have a preferred pace, thanks to the flexibility of the motor. Nevertheless, there’s another very real reason for the speed limit in the park: bears.

Glimpses through trees offer untouched vistas across endless canopied hills, while the I-Pace silently rolls its way along the grey road. Opening the window allows a literal breath of fresh air, and thanks to the serenity of the car allows indoor and outdoor to be at one, like one of those architect homes on Grand Designs. There’s a beauty in driving an electric car through a hushed forest that must be experienced. It’s very different being surrounded by nature in an EV to a petrol or diesel car.

Having escaped unscathed from the woods and with far more than half remaining range indicated in the car, we headed south and back towards NYC. Our intention was to catch a ferry down the Hudson river, circuit Manhatten, snap some photos of the Lady Liberty and return to Brooklyn. However, the traffic had other plans. Over the course of one and a half hours, we managed just three miles. That’s mind changing stuff. We missed the ferry.

So, plan B - drive through the city. We made a B-line for Broadway, which appears on a map to run almost the entire length of the city. It would provide some spectacular views… of the backend of a taxi, bus, SUV, other car - but looking up offers as far as the eye can see avenues of skyscrapers. As the sun was starting to go down, this offered stunning shadows, reflections and a magical golden light.

Our range sat idle, with just under 100 miles remaining - with only a trickle of cool air using up minute fractions of the I-Pace’s battery capacity.

Eventually, after several diversions (Broadway has been cut up into several sections, with entire ‘blocks’ now pedestrianized and impassable by car) we reached lower Manhatten.

We’d gone past iconic sites Central Park, Times Square and buildings including Chrysler, Rockefella, Empire State and Flat Iron - a building that helped pioneer the use of steel skeletal constructions for all the other skyscrapers that now look down on it. Heading further south still, there’s the New York Stock Exchange - scene of many a financial crime - and the Charging Bull (an art installation deriding the crash), before reaching Battery Park and views across the water towards the Statue of Liberty.

There’s no doubt that NYC is too vast to visit properly in just 48 hours, but doing so by electric car made it all the more possible and enjoyable. Whether its racing yellow cabs or crepping along in traffic, you couldn’t ask for a more suitable travel companion than the I-Pace. Even though much of our journey went wrong, the only thing that didn’t was the car.