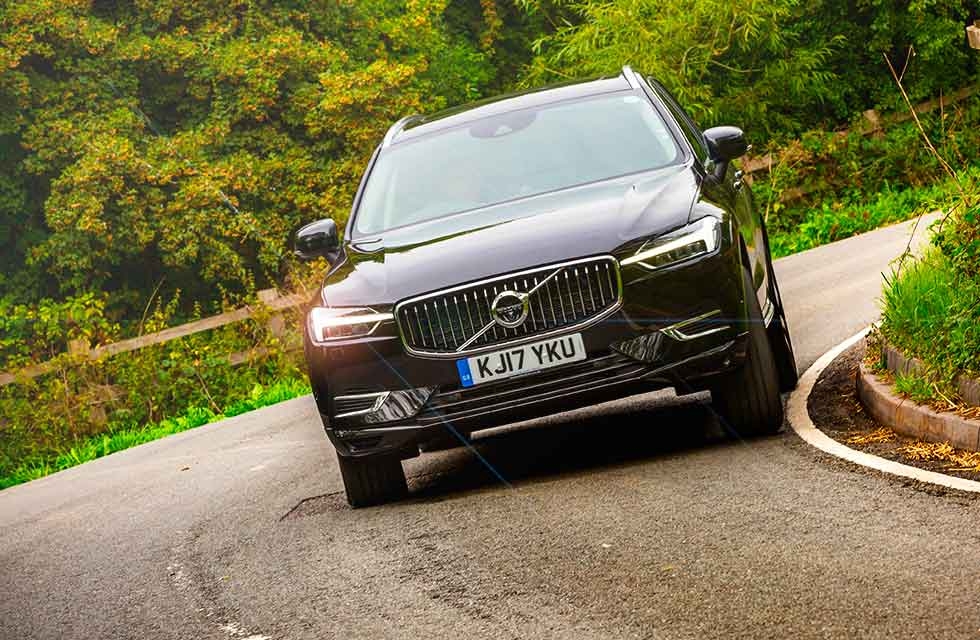 So you want a car that’s good for taking the family out, business meetings, getting somewhere that you’re invariably late for fast, but it must be frugal – oh and luxurious, of course, and have the latest technology in it and be safe and granny lives in the highlands of Scotland, so it needs to go off-road too. Oh and on occasion you might like to load it full of luggage, or a wardrobe, and it must seat five. And it can’t be too big, else it won’t fit on the driveway.

There are cars that fulfil most of these criteria, but there’s typically one or two compromised factors. Not so with the Volvo XC60 T8 Twin Engine, which seems to offer all of this list. Let’s start by stating it is a very impressive car. But, it isn’t without competition and that’s where the Volvo manages to be that little bit different and, in my opinion, this makes it something quite special.

First things first; this is a plug-in hybrid SUV that sits in the middle of Volvo’s SUV range and replaces its best-selling identically titled predecessor. The T8 Twin Engine name gives away its power: a 2.0-litre in-line four-cylinder petrol engine that’s turbo and supercharged to offer 320hp and 400Nm torque that drives the front wheels only, which is complemented by an 87hp electric motor driving the rear wheels. The motor gets its power from a 10.2kWh lithium-ion battery mounted down the middle of the car, which offers good weight distribution, doesn’t reduce boot capacity and provides [an official] 26 electric miles from a full charge.

These elements combine to offer multiple driving modes: AWD, Pure, Hybrid, Power and Off-Road. In turn, the modes use the petrol engine, electric motor and battery power in every conceivable configuration. i.e. Power mode uses the full 407 combined horses for rapid acceleration and similarly provides all-wheel drive traction, due to both motors being employed. AWD mode is similar but concentrates on getting you up a slippery hill rather than speeding along an autobahn. Pure uses the electric motor alone, in rear-wheel drive and promises 26-miles electric range. Once depleted, the car defaults to hybrid mode whereby it will use any scavenged energy from regenerative braking, much like a Toyota Prius, to offer some electric assistance to the petrol engine and therefore better fuel economy. It’s a real mix of driving styles, yet somehow Volvo has kept things simple – something this car certainly isn’t. However, the fear is that being able to do all these things could make it the master of none. Fortunately, the XC60 T8 is in fact very good at most of its modes. Only Power and Off-road are questionable. Why? There’s no doubting the XC60 is capable, even on road tyres (we tested it around a purpose-built off-road facility near Silverstone), but it requires the petrol engine to run at all times and it would certainly be more convincing if it were able to run on electric (and therefore more responsive) power alone – like the plug-in hybrid Range Rover can.

As for Power mode, in a straight line the car is impressive, but it has overly power assisted steering, which makes it feel vague and slightly out-of-control. There’s no feedback, it’s just too easy to turn the wheel, whereas it ought to be more dynamic. The petrol engine is also tuned to about the maximum possible with current tech and without it blowing up. This makes it a bit aggressive and course, and it doesn’t encourage you to use its speed – which is a good thing. So Power mode, though impressive, is at odds with Volvo’s own ethos regarding the environment, health and well-being, but let’s be honest. Speed sells and Volvo hopes to make electric power appealing – and it’s plan is working.

What about the rest of the car?

In a word, it’s sumptuous. Stepping inside the car for the first time is a feeling that lasts; it’s like stepping into a Swedish design catalogue. It’s exceptionally well appointed, and makes its German rivals appear staid. The leather is beaituflly stitched, there are practical details to be found everywhere – it’s as though people who actually use these cars on a daily basis have created them. The rear seats fold flat, there’s acres of boot space and a general sense of air about the cabin. It’s comfortable but not claustrophobic. Much of the design is straight from the XC90, of course, including the infotainment portrait tablet that sits centre stage on the dash. It’s menu is simple and logical, while there’s also plenty of scope for updates. However, if you don’t get along with it you can always pay £300 for optional Apple CarPlay and Android Auto compatibility.

The XC60 is, of course, a five star Euro NCAP tested car, and benefits from a multitude of safety features including: oncoming mitigation by braking; oncoming lane mitigation; lane keeping aid; run-off road mitigation; blind spot indicators and active bending headlamps. On top of that, there’s also Volvo’s Pilot Assist that gives semi-autonomous tech to keep in lanes and at speed on motorways while slowing for and keeping distance from other traffic.

The XC60 is a hugely capable machine and, returning to the opening paragraph of this review, it manages to tick a huge number of boxes. Add electric power and it transforms into one of the best plug-in hybrids on the market.