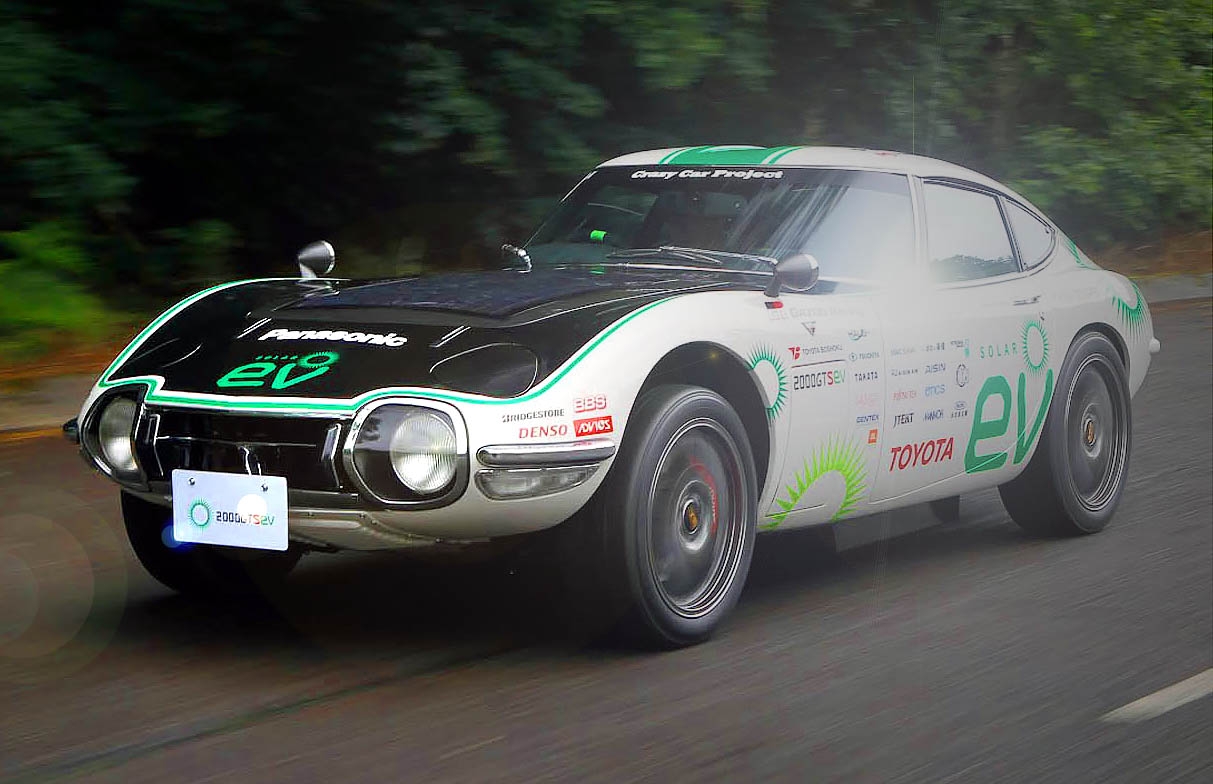 The bizarrely named Toyota Crazy Car Project has split the Walsh household. When I spotted kids surrounding a rare 2000GT at the Festival of Speed, I was encouraged that a classic was captivating youngsters, but, as the group cleared, my heart sank to see the beautiful Satoru Nozaki-styled coupé sitting on unsightly BBS wheels, with advertising covering its aluminium bodywork. Maybe it’s just a glassfibre replica, I hoped, but the modifications went way beyond the Hot Wheels-style cosmetics.

One of the original 337 built, this 2000GT has gone green, its Yamaha 2-litre straight-six ditched in favour of an 89kW (c120bhp) electric motor with lithium-ion batteries packed into the nose, the boot and under the sills. This egregious act made my blood boil, but my teenage son totally approved. “I think it’s cool,” enthused Joe. “They built more than 300, so who cares if they convert just one. Who knows where we’ll be in 30 years? I think it’s inspiring that Toyota has given a great classic car alternative power, they’ve clearly selected it to stimulate debate.” 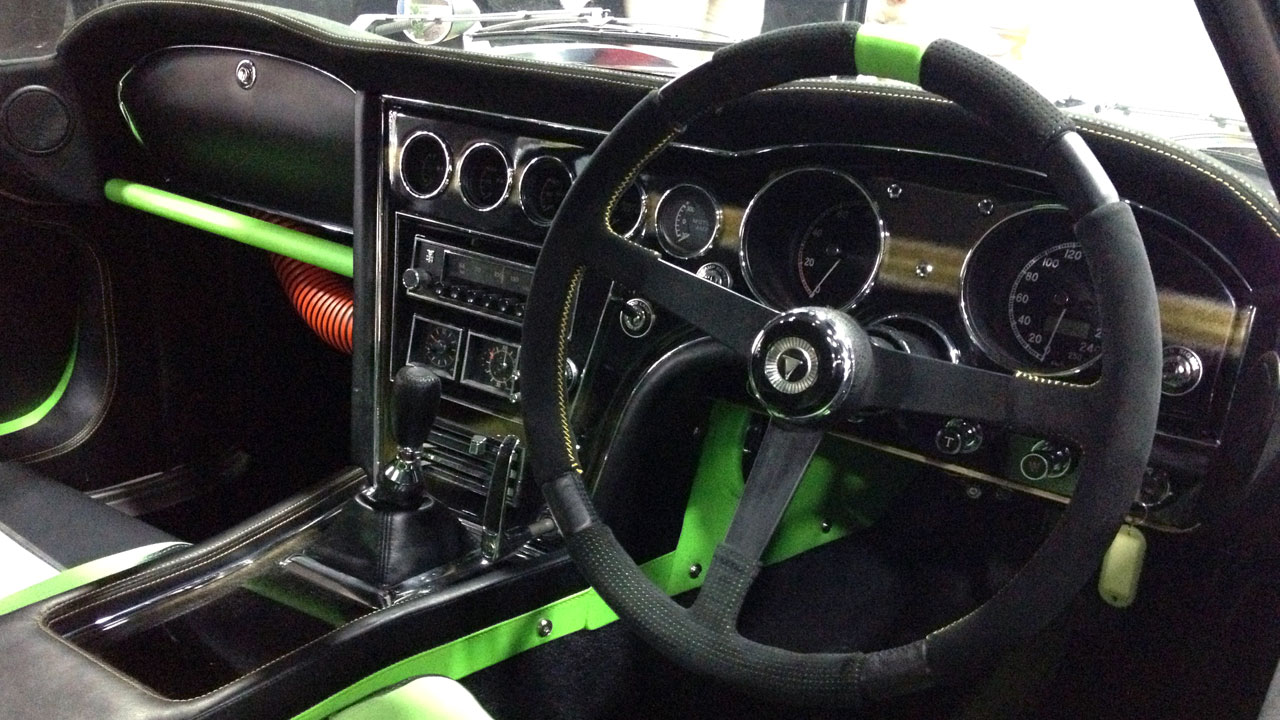 At a touch of the iPad, the sound turns from Jetsons-style space travel to the clip-clop of horses’ hooves

Encouraged by Joe, after Goodwood I took up an invitation to meet project manager Naohiko Saito and test the car before it was shipped back to Japan. “This is a famous icon, and we don’t feel guilty,” says Saito. “We’re looking to the future, and want to keep driving this cool classic design. The styling of most hybrid designs is not very exciting and we wanted a project that appealed to enthusiasts. It had to be a real Toyota 2000GT, we wouldn’t think of making a copy.” Since its debut at the Toyota Auto Salon in January, the electric 2000GT has had the desired effect and sparked huge interest and debate in Japan. The conversion has added 400lb to the original weight, but the modified car is quicker with 0-62mph in 7.9 secs thanks to the instant torque of the electric motor, sourced from the flagship Lexus LS600h: “Our plan is to race it in the EV Challenge, which has rounds at Sodegaura Forest Raceway and Fuji Speedway.

It will be the first classic in the series.” Unlike the rorty Yamaha ‘six’, the electric motor is totally silent, so Saito contacted audio specialist Harman International about providing a soundtrack for the ’67 classic. For me, the natural score would be to record the original engine, but that wasn’t an option for Bruce Pierce, 35 Harman’s Irish-born director of automotive operations: “It’s hard to synchronise the original engine noise and gearchanges to the electric motor’s performance, but we have 40 other options!” Taking out his iPad, Pierce links it to the car and, as Saito presses the accelerator, the bizarre sound of a jet turbine erupts from multiple speakers fitted to the 2000GT. At a touch of the tablet, it switches from Jetsons-style space travel to the clip-clop of a horse’s hooves: “We want the driver to have a complete experience, and many car companies are working with us to create a unique ‘brand sound’ for hybrids.”

To me, the Crazy Car Project couldn’t have been more aptly named. The combination of a modernised classic and daft sound effects is closer to Disney’s Beetle Herbie than a high-tech challenger from the heart of Toyota’s Technical Centre, but scepticism didn’t deter me from taking it for one of the oddest drives of my life.

The cabin is instantly familiar as that of a 2000GT, but trimmed with lime-green seat and door inserts in soft Alcantara. “Now we don’t have to kill cows,” states Saito, who’s equally proud of the dashboard’s Urushi lacquer, which has replaced the distinctive Rosewood veneers.

The instruments are now electronic, but retaining the style of the ’66 design. It’s hard to tell when the engine is on because there’s no noise, which is where Pierce comes in. Suddenly we’re aboard a pod-racer as I select first via the original gearlever and the sound blasts out. The torque dramatically launches the car and, because the synchromesh is still in development, you have to stop to change gear.

From third, the electric motor still responds impressively, but the extra power needed will drain the batteries if it’s repeatedly driven this way. Performance is stirring and the converted 2000GT will cruise effortlessly at 80mph, but tyre scrub and wind noise wash out the soundtrack.

“We’re still working on that,” says Pierce. “Our main focus has been external sound.” It’s mind-boggling to think of a classic car event of the future, with a bizarre cacophony as the diverse recorded sounds arrive.