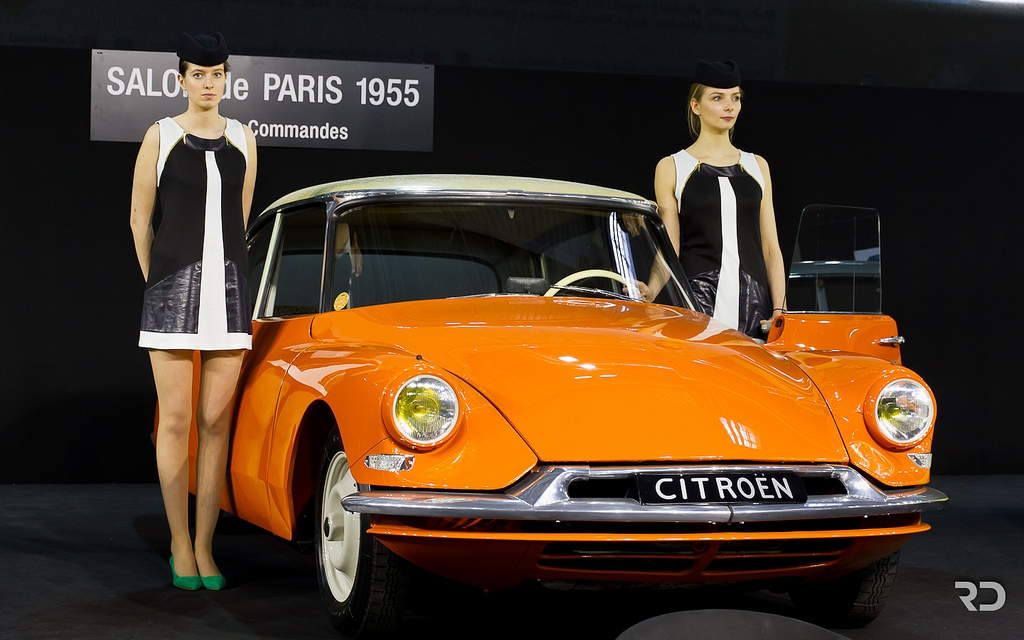 Record crowds flock to Paris. The 38th Retromobile entertained more than 80,000 visitors from 6-10 February with a fantastically diverse range of vehicles. While a replica of Marc Seguin’s pioneering locomotive chuffed up and down outside, within the Parc des Expositions enthusiasts were greeted by a tribute to Roland Garros. The display featured the early motorist and aviator’s Morane monoplane and 5-litre Bugatti ‘BlackBess’.

From bizarre low-roof Renault 8 Landon to exotic Matra V12 Le Mans racer, there was something for every interest in the paired, packed halls. A strong Gallic thread celebrated maverick designers, including a fascinating tribute to French inventor Germain Lambert that coincided with the news that a collection of four prototypes had been secured for the Cite de l’Automobile in Mulhouse. The set included aerodynamic coupe, racer and works pick-up, all featuring Lambert’s advanced front-wheel drive and ‘Sans Choc’ independent suspension. Read the full story of these rarities. 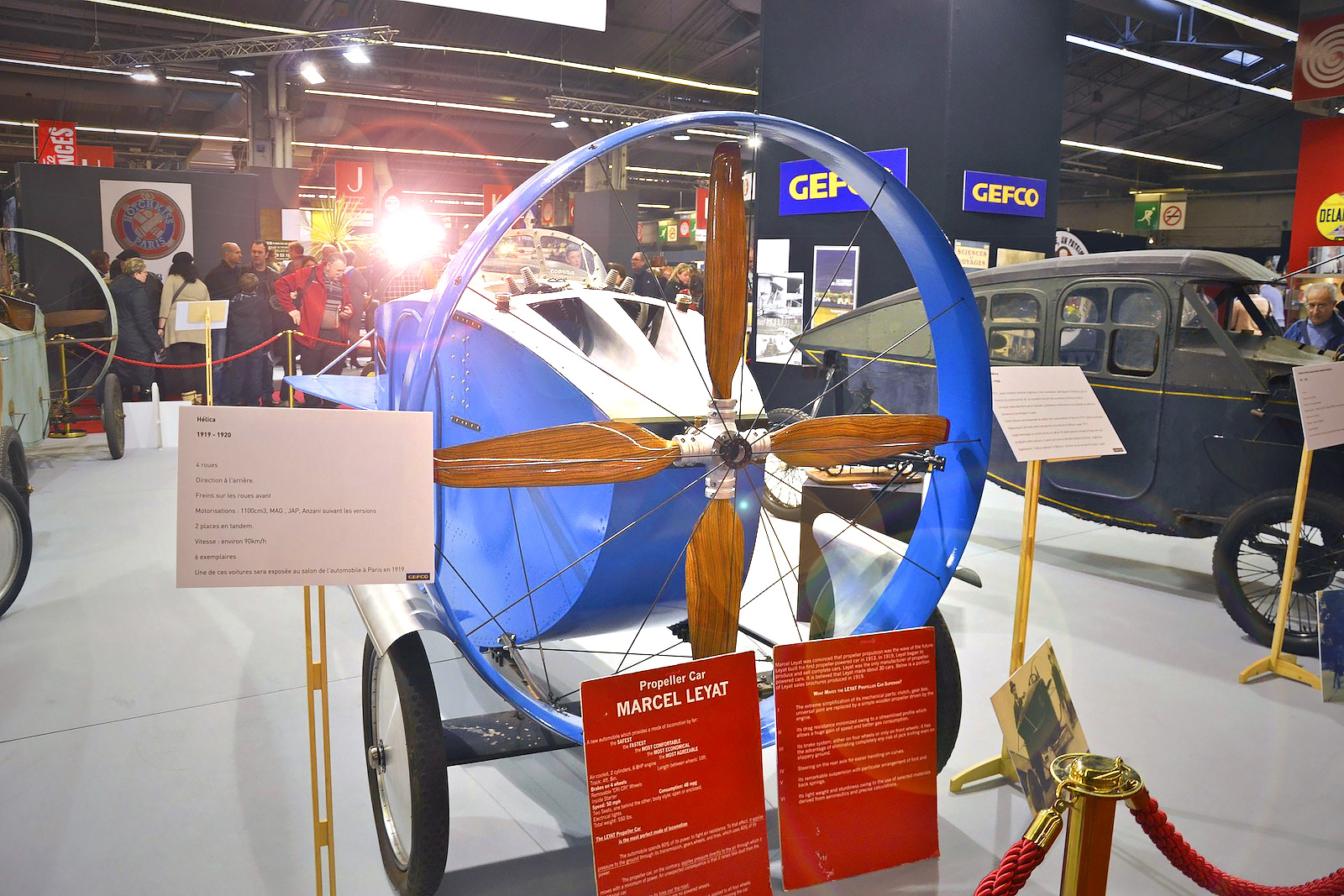 Other curiosities included five Helicas to celebrate the centenary of these bizarre propeller-driven machines. The wingless wonders were originally built in the centre of Paris, so Retromobile was an appropriate focus. Amusing all elsewhere was a Voisin single-seater designed for use by the postal service, with a cut-down wicker garden chair as driver’s seat.

Top dealers were out in force, with ever more stylish displays. Lukas Huni not only brought along his usual stock of exotic Alfas and Bugattis, but also organised a stunning tribute to the Citroen DS with a wealth of immaculate production and coachbuilt models. Not to be outdone, British specialists Fiskens and Hall & Hall wowed with some dramatic historic racing machinery including a Lotus 49, rear-engined Vanwall and Maserati 250F in the colours of Centro-Sud.

Home-grown manufacturers are committed to this prestigious show and Renault took centre stage with a diverse group, ranging from 1913 Type DM ‘Balayeuse’ Paris street- sweeper to an Alpine A110, still filthy after a Rallye Monte-Carlo Historique outing to mark the 40th anniversary of the marque’s 1-2-3 in 1973. The talking point of the stand was the restored 10CV-based, 12-wheel, triple-axle ‘Routiers du Desert’ truck that was built for the ’24 Gradis-Estienne expedition.

The museums of Mercedes- Benz and Louwman have worked on several exciting projects and the latest focused on the challenging restoration of two 1910 21/80 Prince Henry Trials Benz team cars. Discovered dismantled and in a poor state in Australia, they are now magnificently restored. The advanced 100mph shaft-driven pair with ‘tulip’-style bodywork and 80hp engines will appear in action at the Goodwood Festival of Speed. The joint display also featured the ‘Blitzen’ Benz and unique 1903 four-wheel-drive Spyker.

Bugatti and Bentley discreetly presented two of the most beautiful cars at the show. The Embiricos Bentley was making its last appearance in Europe before returning to California, and there was the post-restoration debut of former Bugatti boss Thomas Bscher’s stunning Type 59, chassis 59121, which he snapped up at Bonhams’ Good-wood sale in 2005 for a ‘bargain’ £1.3million! The display marked the 80th anniversary of these Molsheim challengers’ debut in the 1933 Spanish Grand Prix.

As always, the Paris show attracted notable names from around the world. Spotted among the crowds were Charles Nearburg, the 414mph Bonneville record-holder with ‘Spirit of Rett’, plus France’s most famous racing couple, Jean-Pierre andJacqueline Beltoise, the latter signing copies of her new biography of brother Francois Cevert.

Why the Citroen DS? My uncle had two Safaris in Italy and I loved riding in them when I was young.

What inspired you? I wanted to celebrate this design, launched at Paris in ’55. It must have looked as if it was from another planet.

Are the cars your own? Yes, they are a personal passion and I finally found a specialist to restore them: Vincent Crescia’s work is the best.

Which are your favourites? I love the Chapron-built examples, with those Rolls-Royce colours, but the purity of the early cars is special, particularly the rare ID19.

What’s the story of the Concorde?

After a divorce, the wife set about her husband’s favourite car with a sledgehammer. It sat outside in France for 20 years and is totally original. We drove it on to the stand. 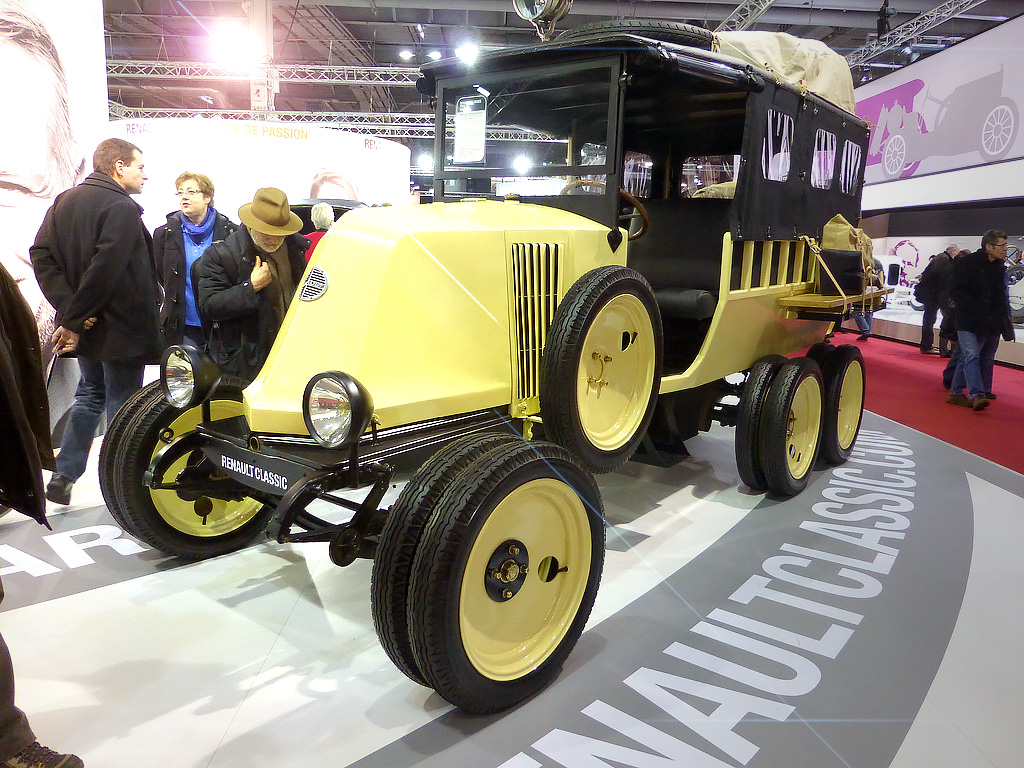 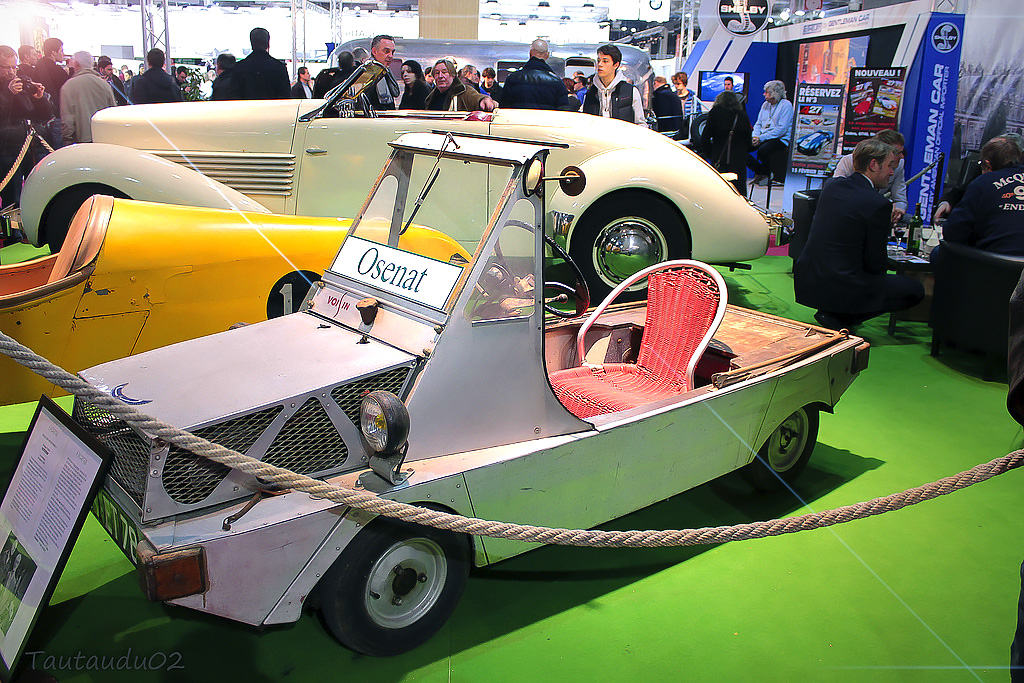 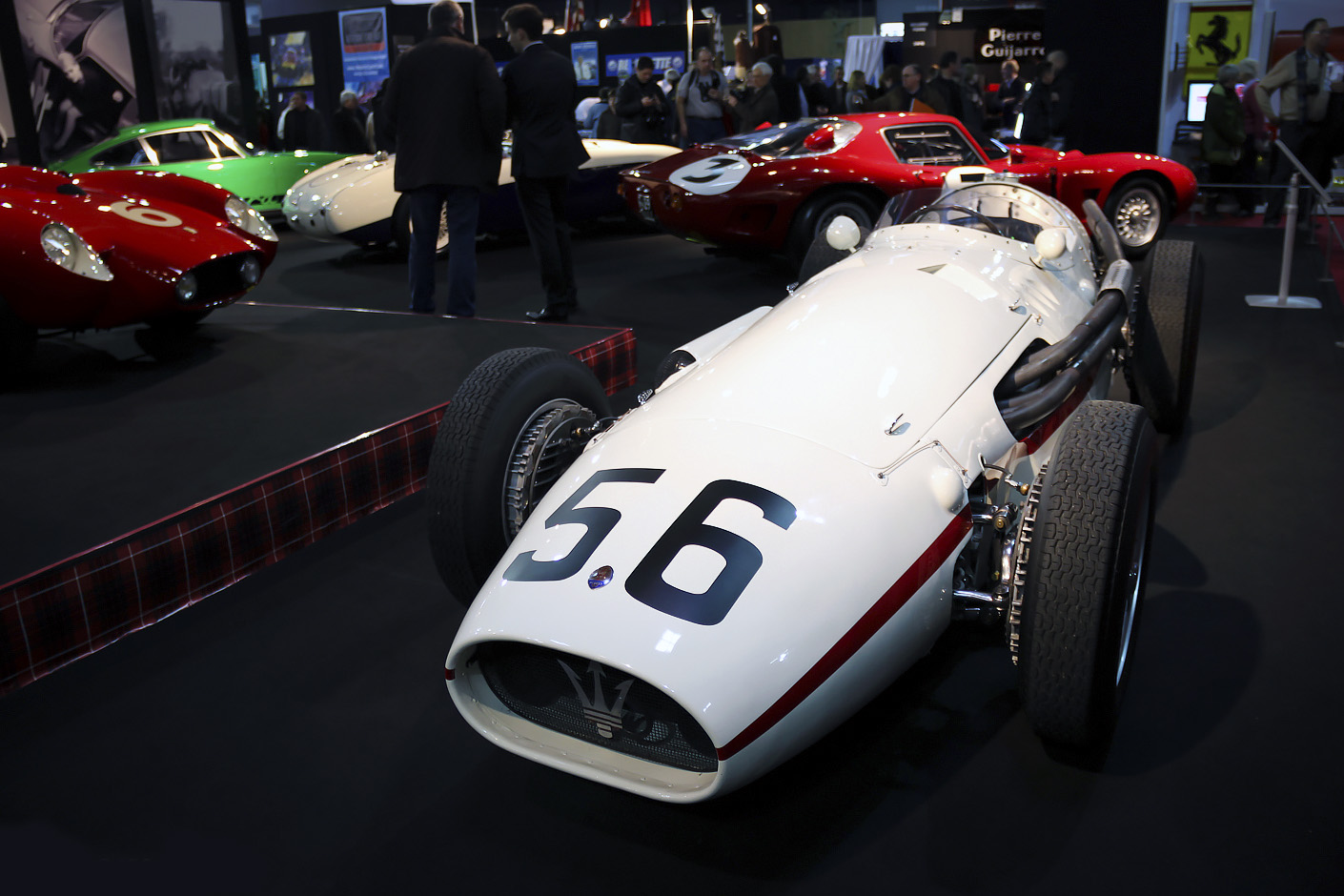 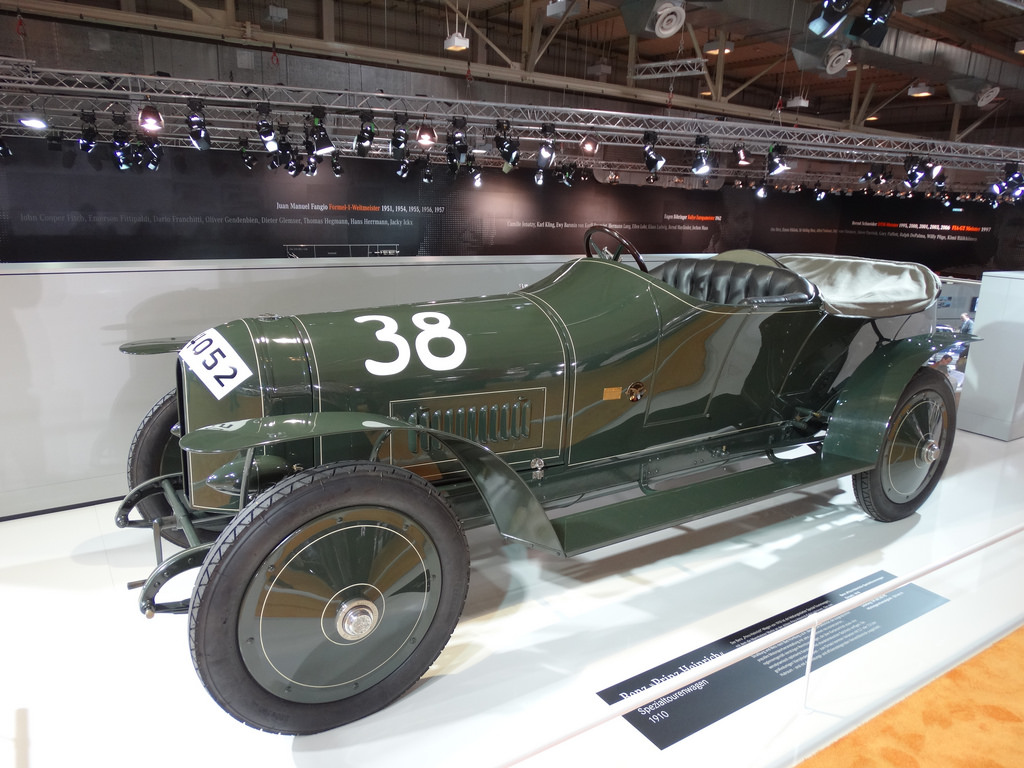 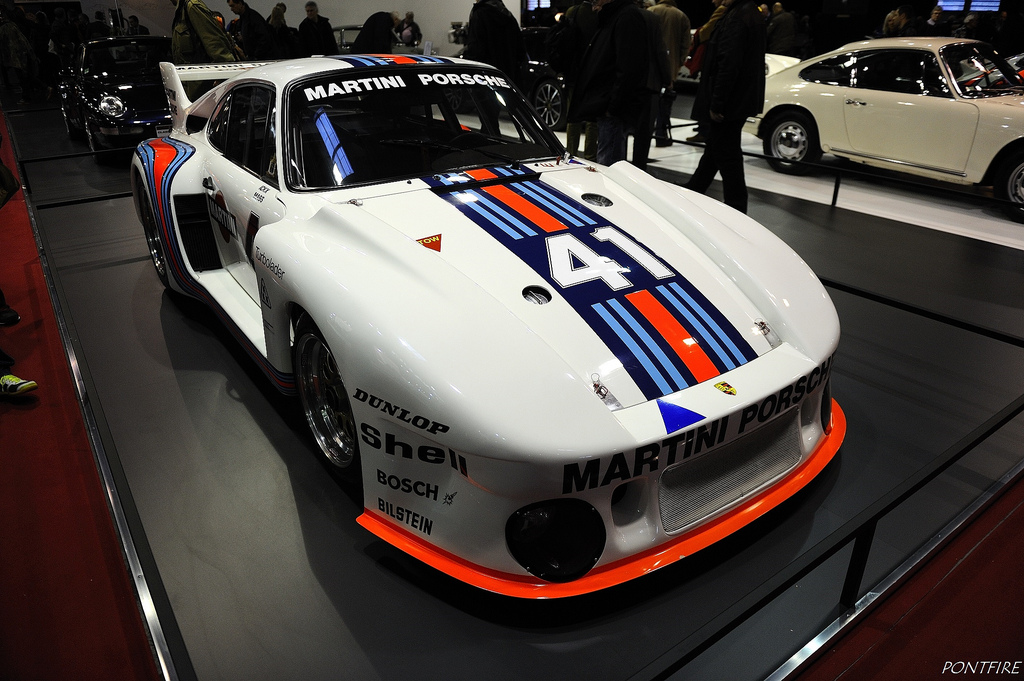 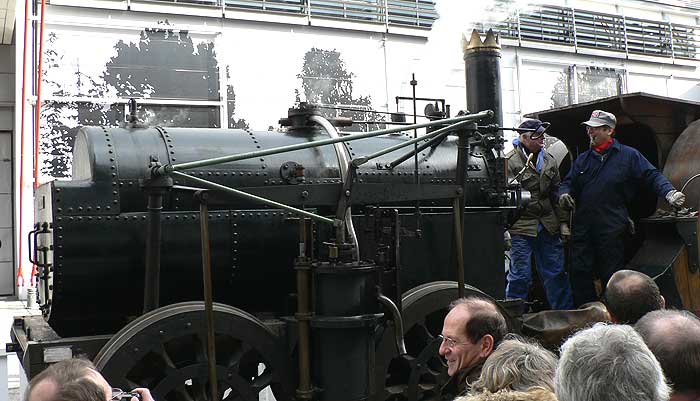 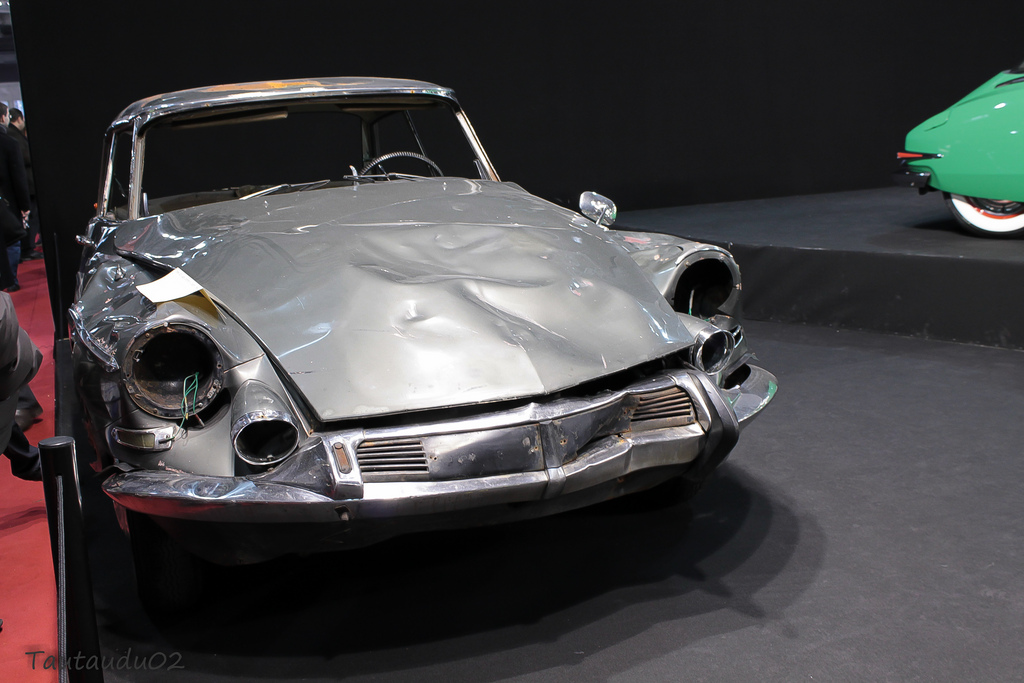 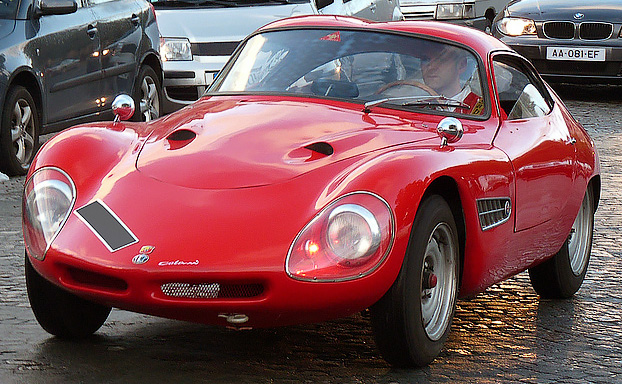 Unusually for me, a pair of Alfa Romeos competed for my heart this year. I loved the racy looks of the Conrero Alfa, but Christophe Pund’s ‘sharknose’ coupe with Zagato-style double-bubble roof had the more fascinating story. The first tubular-chassis Giulietta built-preceding the factory racers it was shown at Turin in 1958 with a Bertone body, but was rolled at Avus and subsequently rebodied in 1960 by Colani. I’d love a go. 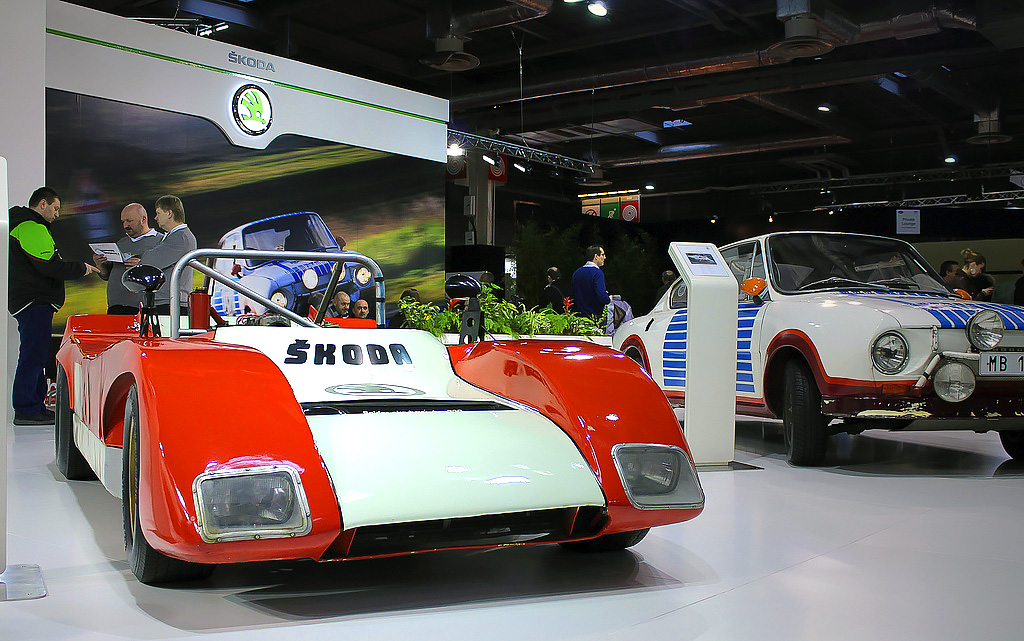 As much as I enjoyed the various Darmont three- wheelers dotted around the show, this little sports-racer gets my vote. I was aware of Skoda’s motor-sport heritage, but had previously thought of the marque mostly in terms of rallying – especially its run of class wins on the RAC Rally through the ’80s – and had no idea that it had made the 1500cc 728. Only three were built and, with 150bhp being pushed out by the overhead-camshaft ‘four’ at 8600rpm, I reckon it would be great fun on twistier circuits or for hillclimbing. 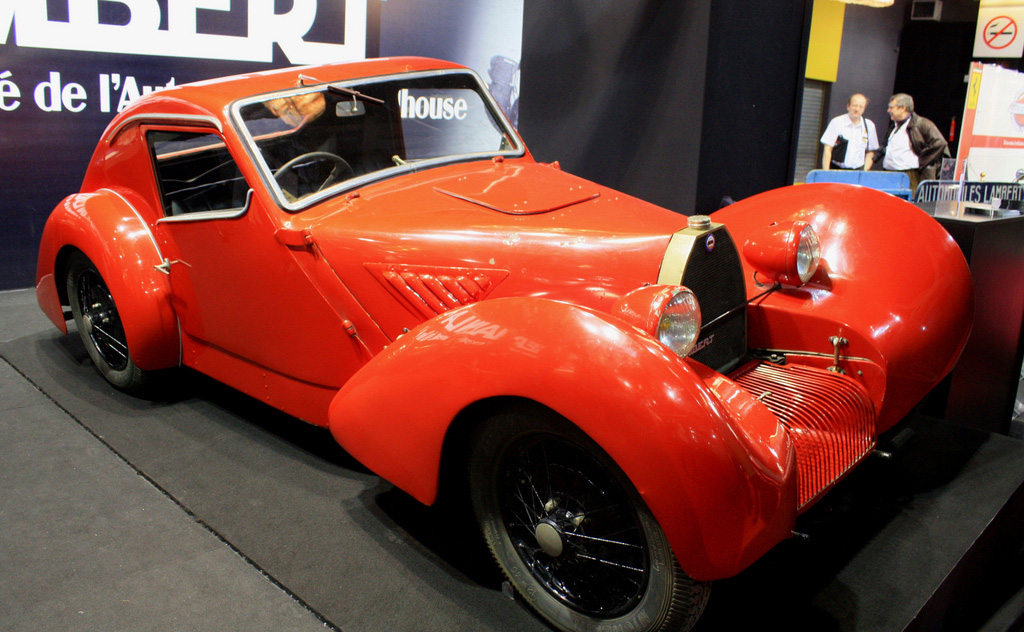 Obstreperous as ever, I will not pick a single car, but a whole stand – the magnificent display of the work of French engineer Germain Lambert. I had little experience of this long-lost marque, which seemed to channel Bugatti and Voisin in equal measure, so to see four of its machines in the metal – ranging from single-seater to pick-up, what’s more – is precisely the sort of treat that makes Retromobile so compelling. 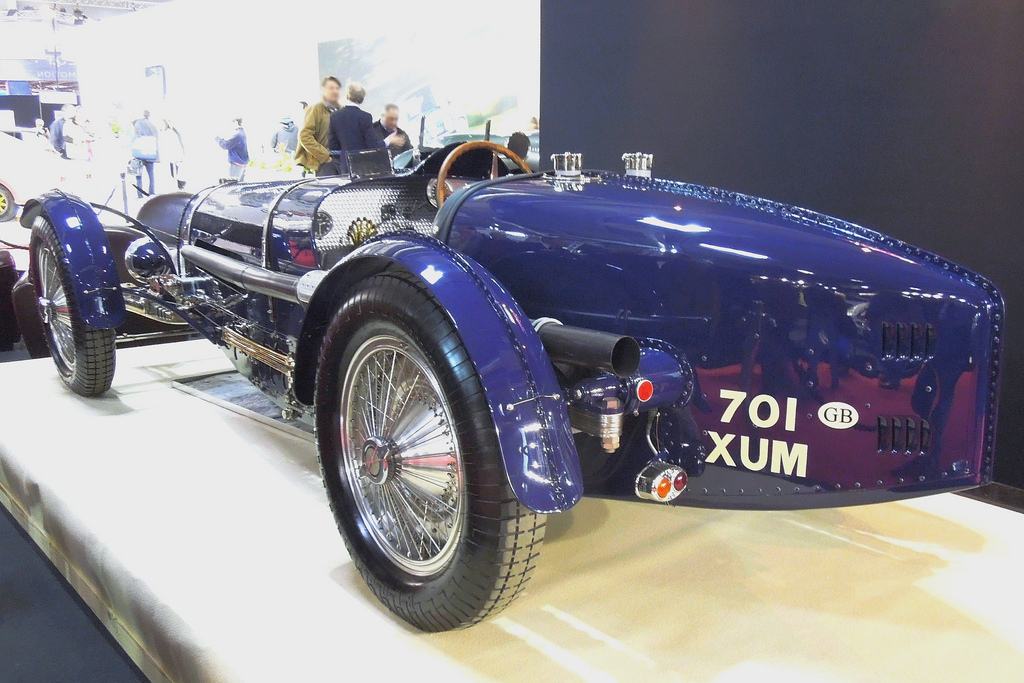 Road-equipped Grand Prix cars always have a special appeal, but few are as exotic or as beautiful as the Type 59. The star of the joint Bentley/Bugatti factory stand was Thomas Bscher’s dazzling ex-Charlie Martin machine, which has just come out of a fastidious rebuild by English specialist Geoff Squirrell – complete with Marchal lights and riveted wing-seams to match the body. Cartoonist Russell Brockbank would have loved it.