Tech Guide – all about oil 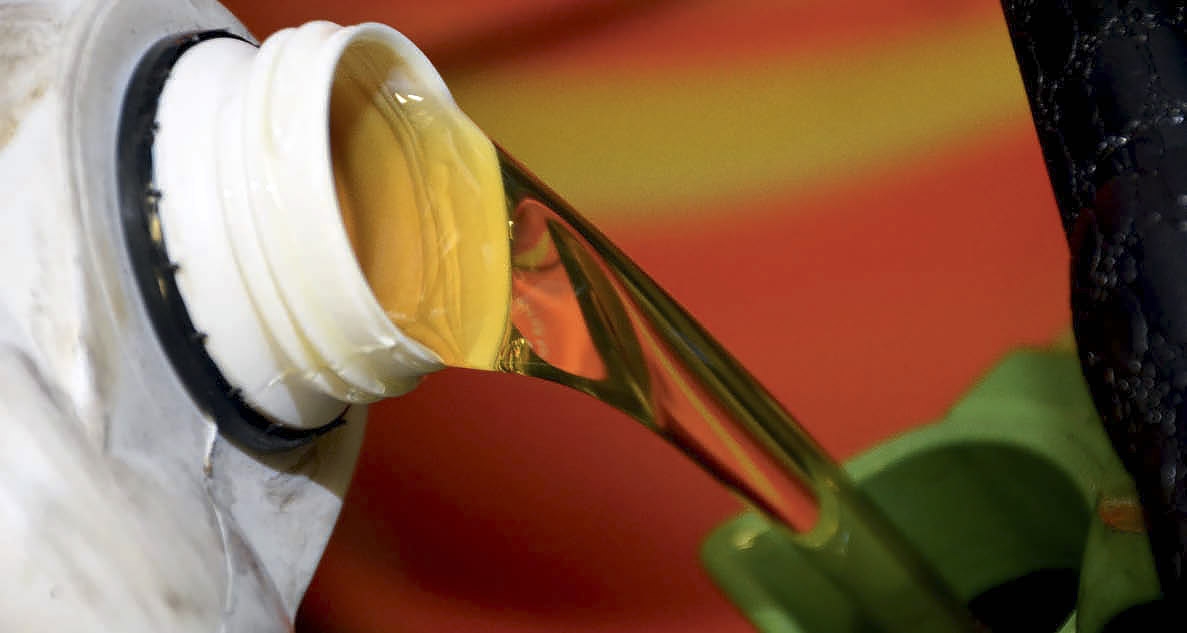 Tech Guide. Understanding all about oil. Lubrication System: Oil. Words: Gerry Speechley. Photos: Paul Cowland, BP. As discussed at length last month, the oil in your engine has a number of functions apart from the commonly recognised lubrication function. It also: seals components, such as the piston ring to cylinder wall contact; cools parts, by absorbing heat and transferring it away from areas such as the undersides of pistons; cleans combustion deposits away from the components, reducing rust and corrosion; and it holds any microscopic metallic particles in suspension in the oil to be filtered-out by the oil filter on its next pass.

There are two main properties that most people are familiar with when discussing engine oils: the viscosity and the service test rating from the API (American Petroleum Institute). In general, the API rating is a quality/specification rating assessed from a number of stringent tests of the oil’s chemical and physical properties. The API top rating is currently SN for petrol engines and CJ4 for diesel engines and these have been awarded in testing carried out since the 1920s. The current top specification oils meet a standard set in 2010 with older standards being replaced/upgraded every few years with grades prior to 1995/6 now considered obsolete. Zinc, an excellent anti-wearing agent has now been removed as an additive from car manufacturers’ specification motor oils as it causes severe problems with catalytic converters and oxygen sensors but is still used in top specification motorcycle and racing oils where oxygen sensor damage would not be encountered.

The familiar SAE (Society of Automobile Engineers) viscosity ratings 0W20 and 10W60 (as seen on modern multigrade oils) indicate the relative viscosity (thickness) of the oil under certain conditions. It is not true that the thinner the oil, the more power the engine will produce. The blend of the oil and friction modifying additives in it are more of an indication of the performance properties of the oil and in dynamometer tests Castrol R 10W60 actually produced more horsepower than Castrol 0W30 SLX. The thinner oils reduce the power required to crank a cold engine and lubricate the engine faster from cold (increasing the speed with which the oil circulates around the engine to protect against start-up wear as the first few seconds of the engine starting is when 75% of all engine wear occurs.

Historically, single-weight motor oils, such as SAE 10W or SAE 50 were used as separate winter and summer use oils due to the limited temperature operating capabilities of the single weight lubricant.

In modern multigrade oils, the first number, (i.e 10W) is the time taken for a measured amount of oil to pass through a gauged hole at 0ºF , (‘W’ standing for winter, not weight) and was introduced in 1952. The second number (i.e 60) is the same test conducted at 100ºC and was introduced in 1911 for the categorisation of the single weight oils. Note the change in temperature units and the obvious that zero weight oil cannot actually exist in reality, it is just thinner than five weight but thicker than zero but the standard only specifies steps of five.

So what do the numbers mean? Well, historically the oils had a single rating, such as 50 weight, but with the addition of VI (Viscosity Index) polymers during the development and blending of oils, multigrade oils became available, with a 20W50 oil protecting the same as a 20 weight oil in the cold and 50 weight oil at full working temperature. The modern ultra-low viscosity multigrade oils (such as 0W15) are specified by manufacturers to reduce parasitic power loss where ultimate fuel economy is the goal, such as in hybrids. However, these super-thin oils do allow an increase in engine wear due to the breakdown of the lubrication layer under high load.

A development in April 2013 was the introduction of ultra-low viscosities. SAE4, SAE8, SAE12 and SAE16 weight oil specifications as ‘high temperature’ grades were introduced to avoid any confusion with the ‘W’ winter weight oils of 0W, 5W, 10W etc as grades this thin were not envisaged in the early days of setting the specification parameters. These oils will not be suitable for engines not specifically designed for their use.

Whilst discussing lubrication on the internal combustion engine we should mention the two-cycle (two-stroke) engine where the lubrication oil is usually mixed with the oil on small capacity engines or directly injected into the engine on a total loss basis as it is used to lubricate and is then burnt together with the fuel. Due to environmental issues with this type of engine, though, they have all but disappeared in the motoring industry. Motorcycles also have a different requirement from their lubrication oils to cars as they generally have gearboxes that share the engine oil therefore requiring more EP (Extreme Pressure) additives, using more zinc for friction reduction as they seldom use oxygen sensors, and most use a ‘wet’ clutch, multiple clutch plates covered in oil for cooling, a disaster if seen on your automobile ‘dry’ clutch.

In the end, your oil has a very difficult time inside your engine and whatever the specification you use, it will gradually deteriorate, collect debris and foam and offer less protection for your engine. Whatever manufacturers quote for the longevity of your oil, it will still only be an estimate for the average driver. There is almost always small print somewhere in the handbook warning of severe operating conditions. This may simply include regular short journeys of under ten miles that don’t allow the oil to reach full operating temperatures (to burn off the fuel used for the cold start running and the condensation) or how many heat cycles, mileage at high speed and engine loading the oil has had to accommodate. The oil will still accumulate coke particles from combustion, collect microscopic metallic particles, gradually reduce in its ability to neutralise acidity and lose the effectiveness of the additives. Do not overlook regular changes and remember, you cannot have an oil and filter that is too clean and any additional engine oil and filter changes are an awful lot cheaper than a replacement turbocharger or an engine.